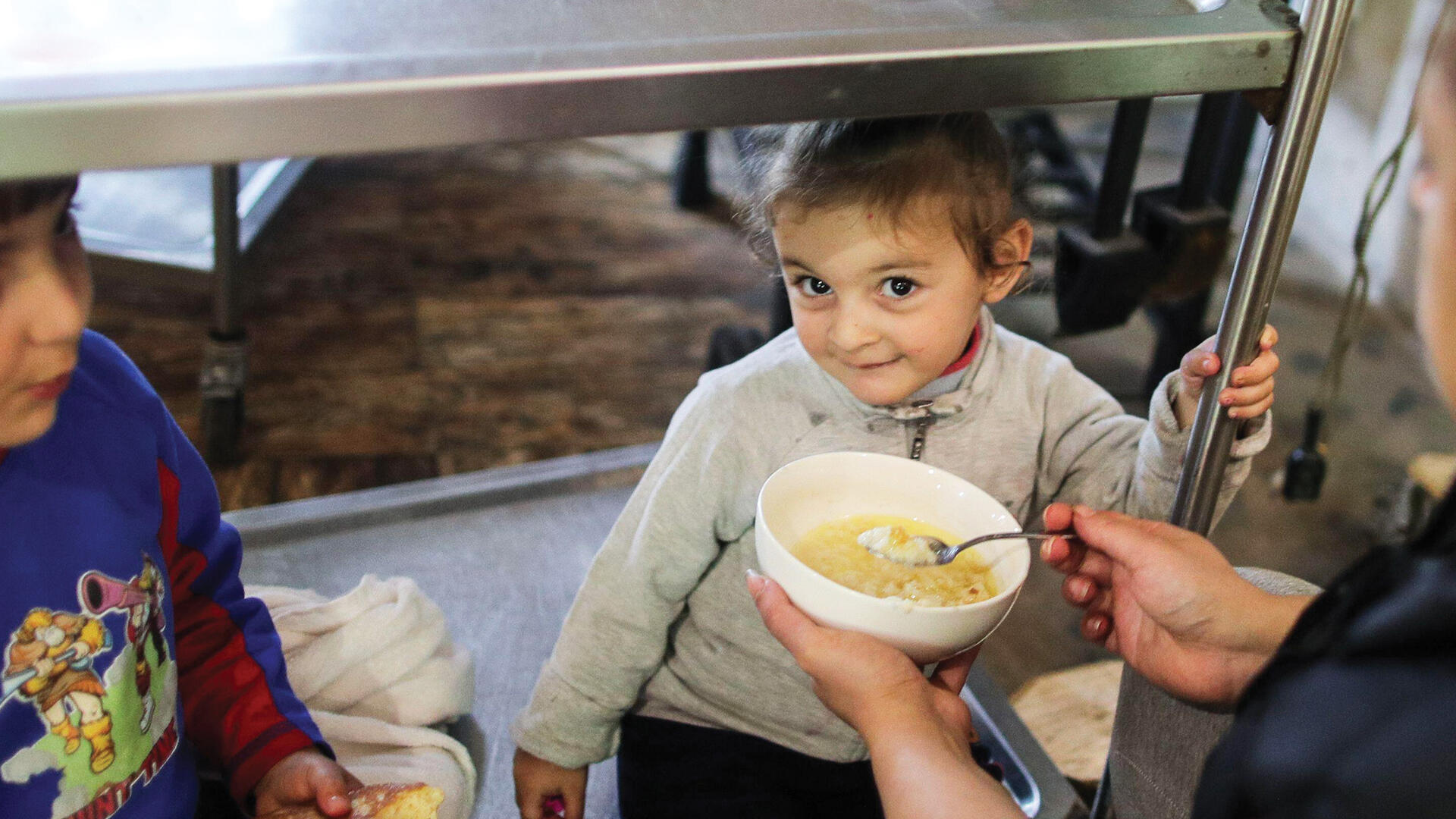 In the span of just 30 days since the Azeri attack on Artsakh, the sum total of 30 years of nation-building has been brought to bear in the defense of truth, justice and self-determination.

Today the homeland is facing a generational reckoning with a new geopolitical reality and a challenge to its national destiny. However, this time, it has the maturity, expertise, and human and material assets to resolve the unfinished business of history on its own terms. United. Organized. Mobilized. And globalized.

Just four weeks into this monumental crisis and the vast display of solidarity and fierce conviction behind a cause is already writing the next chapter in Armenian history, from which many new heroes, healers, and angels in disguise will emerge to illustrate the deep well of humanity and generosity that defines the Armenian spirit.

The expression of this love came in many forms. The love of country we call patriotism and the readiness of young and old to make the ultimate sacrifice in the name of land and country. Or, the divinely inspired love that sent scores of parish priests and high-ranking clergy straight to the combat zone, with the support and encouragement of His Holiness Karekin II, to perform baptisms and offer blessings to soldiers and their families or pray at the bedsides of wounded warriors and civilians.

With local NGOs working with international humanitarian organizations, thousands of food boxes, hot meals and daily living supplies have been distributed to uprooted families. Emergency medical equipment and supplies have been delivered to field hospitals and surgical theaters. The doors to hotels, hostels and private residences have opened to those left stranded by the constant shelling and bombing of civilian settlements.

Then came the tidal wave of support that filled the streets, bridges and highways of major towns and capital cities around the world. Armenians on a mission stopped traffic, held vigils and conducted peaceful marches at monuments and media stations, government buildings and foreign embassies, to raise awareness about the Artsakh cause and show those suffering on the ground that they are not alone.

That same mission also dominated social media and flooded the inboxes of official representatives and powerful decision makers. There were grassroots letters, boycotts, petitions, and other tools of activism and persuasion, often deployed within hours of new diplomatic developments or news from the front reported by brave local and international reporters, journalists and photographers.

As always, dozens of doctors and health workers from near and far converged on the ground to relieve sleep-deprived surgeons and staff working around the clock to perform emergency surgeries and procedures on patients with multiple internal injuries resulting from cluster bombs and high-precision artillery.

Meanwhile, the brilliance of our Armenian scholars and historians proliferated across academia, generating high quality evidence-based content to provide historical context, disprove false enemy claims and provide our advocacy groups, diplomats, and spokespersons with the salient facts and insights to bring to media interviews, virtual town halls, webinars, and private meetings with politicians and heads of state.

Finally, our creative artists, filmmakers, graphic designers, musical virtuosos and mainstream celebrities did their part to raise awareness, educate the masses, or perform for fundraisers to generate the billions of dollars necessary to manage a severe humanitarian crisis in the making.

To honor the countless and often nameless heroes who have so valiantly stepped up to this national crisis, the AGBU editorial board has identified a few such individuals to serve as icons of the strength, sacrifice, and service demonstrated during these darkest hours. They are portrayed through the eyes of AGBU alumnus and prolific graphic designer Steve Altan, inspired by their personal journeys. Altan’s cover art also makes a powerful statement about our youth: Just like those who came before them, they too will rise from the ashes Artsakh Strong.

One month of military engagements in defense of Artsakh
END_OF_DOCUMENT_TOKEN_TO_BE_REPLACED

The building blocks of an unbreakable bond
END_OF_DOCUMENT_TOKEN_TO_BE_REPLACED

In Artsakh, the threat of unexploded munitions lingers long after the war
END_OF_DOCUMENT_TOKEN_TO_BE_REPLACED