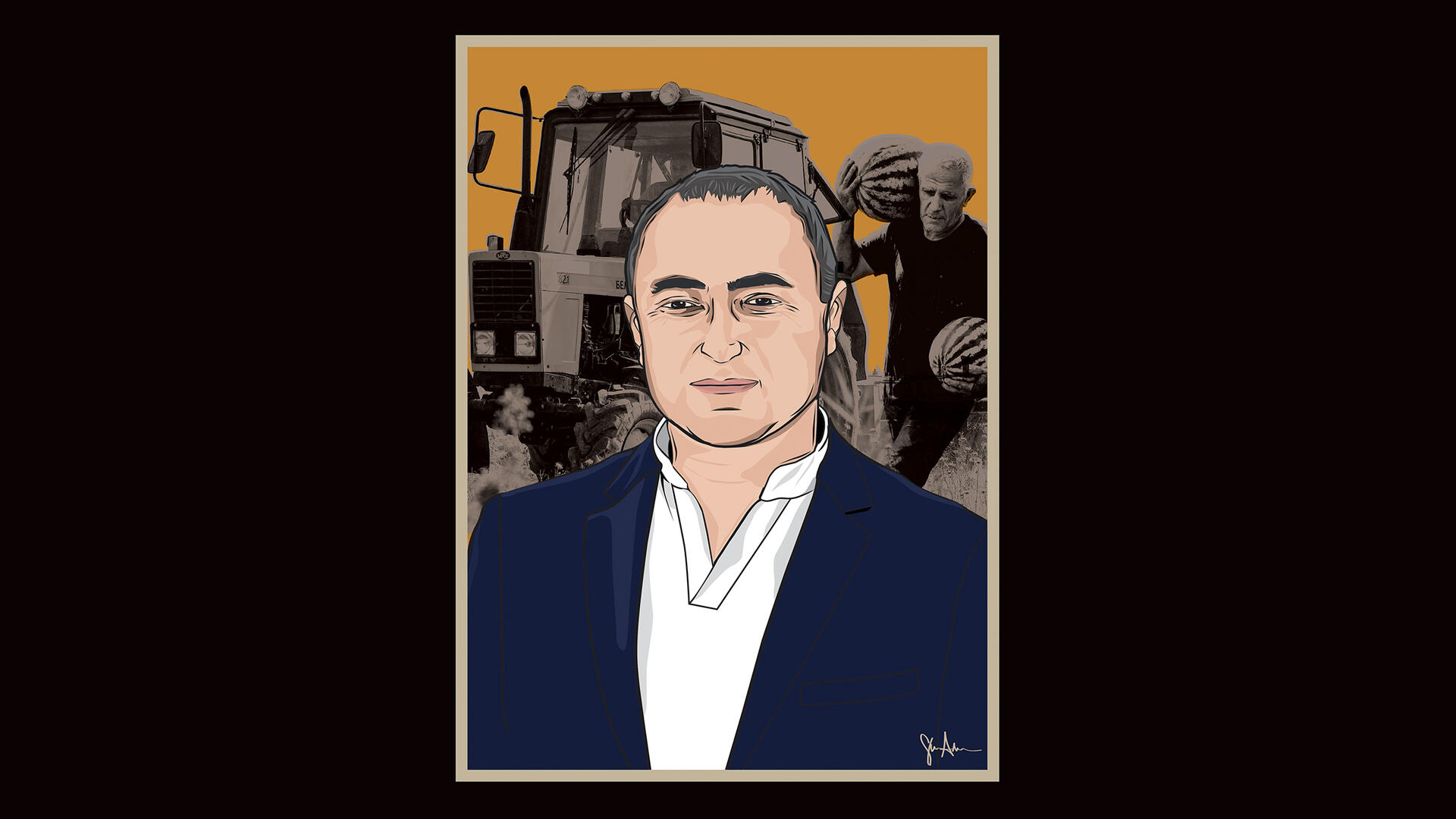 Among the few NGO workers born and bred in Artsakh, Sassoun Baghdasaryan is an invaluable asset to international organizations like AGBU, which planted a stake in the socio-economic advancement of the autonomous Republic of Artsakh in 2004. As the executive director of the AGBU Armenia satellite office in his hometown of Stepanakert, he brings an insider’s perspective to the table of ideas as only a native son can.

Charged with implementing nation-building strategies in the republic, Baghdasaryan is involved in multiple AGBU initiatives from agriculture and continuing education to culture and youth development. If that weren’t enough, the Artsakh State University graduate is also co-owner of the Nairi Hotel in Stepanakert. That gives him the distinction of representing the great potential and enterprising spirit of his generation.

Working to transform Artsakh into an oasis of sustainable growth, Baghdasaryan is keenly aware that socio-economic strength is key to its winning international recognition as a sovereign state. He also realizes that to keep families on their ancestral lands, there must be better job opportunities in growth industries.

Yet, just days into the full-scale war that erupted this past September, Baghdasaryan had to turn on a dime from this long-term mindset to full crisis mode.

On the morning of September 27, Stepanakert exploded with the sound of sirens. Baghdasaryan ran out of his house to witness the shelling of the military storage facility. He also had the presence of mind to video-record the assault with his camera phone. The importance of documenting evidence is embedded in his psyche to counter false Azeri claims that Armenia initiates the hostilities.

Baghdasaryan managed to safely relocate his wife and two children to his hotel, which boasts a spacious basement that had already served as a civilian shelter four years earlier, during the brief April War of 2016, another ceasefire violation by Azeri forces.

Three hours later, a caravan of villagers from the front line made their way to the city, some brought on buses, others arriving in their own vehicles. Over the next 10 days, nearly 300 civilians were sheltering at the hotel. Plus, with the city’s shops and stores shuttered indefinitely, the first delivery of food, hygiene supplies, blankets and other survival necessities arriving from AGBU Armenia proved to be a godsend.

When the bombardments cut off the power station in Stepanakert, the shelters were plunged into darkness for several days, without electricity or cooking gas. Once again, Baghdasaryan sprang into action to oversee the delivery of 70 AGBU-procured power banks, which arrived just time for the sheltering guests to recharge the batteries on their cell phones. He set aside a part of the shipment to forward to civilians still sheltering in places close to enemy lines. Then the temperature precipitously dropped and there were two days that the cold weather was so insufferable that Baghdasaryan sounded the alarm once more. AGBU quickly dispatched generators, one 4 KW and two 5 KW, plus several barrels of petrol. Yet, mindful of other shelters in the area, he kept only one and shared the larger two. He also arranged for AGBU to deliver 30 six-liter gas containers, which could alternate as stoves.

Working to transform Artsakh into an oasis of sustainable growth, Baghdasaryan is keenly aware that socio-economic strength is key to winning international recognition as a sovereign state.

Baghdasaryan describes the scene the day the power station was finally repaired. “The hotel shelter-seekers seemed to interpret the resumed power as a sign that things were turning around and the war would end soon. Unfortunately, as time went by, with broken ceasefires and mounting casualties, women, children, and elderly had to be persuaded to cross the border into Armenia. Many resisted and some families had to be forced to get into cars bound for Armenia. As for those who categorically refused to budge, they remained at the Nairi, sharing space with transient foreign journalists and volunteers. Even soldiers stopped by the hotel to shower before returning to the battlefront.”

Baghdasaryan looks forward to the day when he can cater to foreign tourists eager to explore the ancient land of Artsakh and its proud people or meet with resettled Syrian-Armenian farmers working on AGBU agricultural programs. He would like to resume AGBU-sponsored English and skill enhancement courses for young adults and mid-career workers and support budding women entrepreneurs. For himself, he longs for a respite from the instability of chaos at a concert by the world-class AGBU-supported Artsakh Chamber Orchestra.

In the meantime, he must focus on the immediate business at hand: helping his compatriots get through another day.

One month of military engagements in defense of Artsakh
END_OF_DOCUMENT_TOKEN_TO_BE_REPLACED

The building blocks of an unbreakable bond
END_OF_DOCUMENT_TOKEN_TO_BE_REPLACED

In Artsakh, the threat of unexploded munitions lingers long after the war
END_OF_DOCUMENT_TOKEN_TO_BE_REPLACED