Nothing could have prepared us for the physical assault on our city, but we were fully mentally prepared for the response,” said Sarkis Keuchguerian, AGBU Lebanon District Committee and AGBU Lebanon Disaster Response/Taskforce committee member and lead engineer. Sarkis is one of the the hundreds of selfless AGBU volunteers who has put his professional skills to noble purpose since Beirut took a catastrophic last-straw blow on August 4, 2020.

Shocked, shaken and shattered are just some of the adjectives that can aptly describe the impact on that fateful day when the warehouse explosion at the port of Beirut mushroomed across the city and vicinities beyond, ranking the third largest non-nuclear explosion after Hiroshima and Nagasaki, which precipitated the end of World War II.

What this cataclysmic event will do to end the mounting economic, political and pandemic-related woes that plagued Lebanon before the massive blast juggernauted across Beirut’s cityscape—is anyone’s guess.

But for the leadership at AGBU Lebanon and its army of volunteers, they are betting on the future from the perspective that there is really nowhere else to go but up. After all, as their millennia-old ancestral history vividly attests, Armenians are, inherently, builders with a storied legacy of survival against the odds.

“If there is a hole or space or vacancy to be transformed into a pocket of life-affirming human activity, chances are Armenians will see the possibilities fast and act on them first,” observed Gary Nazarian, an AGBU District Committee member and advisor heading up the makeshift AGBU Disaster Relief Unit. Called the “basecamp,” it was set up overnight at the AGBU Levon G. Nazarian—Z. Movsessian complex—the only AGBU property in the city safe enough to occupy.

Equal parts competence and compassion is the winning formula for doing the greatest good for our hard-hit people in the community.

“That survival mentality is what gave us the impetus to not wait even a full 24 hours to spring into action with our fearless AGBU scouts hitting the ground running to start clean up operations.”

Their serious scout training would enable them to clear a path for other AGBU volunteers to venture across crumbling, dust encrusted, glass carpeted neighborhoods on daily assessment expeditions. They knocked on busted doors, called out through blasted windows and assisted vulnerable residents, Armenians and otherwise, out of harm’s way to begin to put the AGBU Committee’s restoration strategy into motion.

In less than a fortnight, AGBU Lebanon accomplished what would have taken many weeks if not months for a government-led emergency management agency to achieve or even a foreign humanitarian relief organization to reach out to Armenian minority communities who make up 4% the Lebanese population according to Minority Rights Group International.

“Times like these are when we are reminded that Armenian-centric organizations like AGBU, are a godsend,” remarked AGBU President Berge Setrakian. “Community-based non-profits like ours are as relevant today as when Armenians were a homeless, stateless people after the genocide” Setrakian asserted. “In fact, we have reached a capacity level where we not only can help our own but also the wider communities in which we live as citizens and compatriots. When we can make a real difference in a mass civic undertaking like this, it’s a milestone moment in the evolution of our organization.”

By all accounts, AGBU has received accolades from the Armenian and general public as well as the international media, as its hard-hatted, yellow-vested volunteers of all ages and backgrounds can be spotted every day across the decimated urban landscape to assess damage to properties and residences. In the meantime, the basecamp functions as a social services hub, open day and night to one and all.

AGBU’s non-Armenian partners, including the DAFA organization and Arcenciel, also came to realize that AGBU’s deep presence in Lebanon, backed by the multi-national network of AGBU districts, offices and Young Professionals groups, makes it ideally suited to deliver on-the-ground relief with best-practice approaches to sustainable recovery.

In late August, the mayor of Beirut Jamal Itani, who caught word of the AGBU Disaster Relief Unit’s efforts to help all city residents, paid a visit to the basecamp, praising its accomplishments and recognizing its exemplary service to qualify as a major player in the recovery phase of the disaster. He also assured that the municipality was ready to assist with all necessary paperwork to facilitate ongoing work. “Only a very few organizations have efficiently been serving the community in Beirut following the Beirut Blast, and I can assure you the AGBU is among those very few,” the mayor stated.

Later, AGBU Lebanon Chair Gerard Tufenkjian accounted for the success of the operation: “Equal parts competence and compassion is the winning formula for doing the greatest good for our hard-hit communities.”

“It’s heartwarming,” says Arine Ghazarian, the executive director of AGBU Lebanon. “Although our everyday lives have been engulfed in stress and uncertainty, there’s a spirit of solidarity that evokes so much appreciation in one another’s unique skills and talents. Every person on this road with us has been indispensable to this massive relief effort. The mutual pride is palpable.”

It is also global, thanks to the worldwide reach of the AGBU network. The Central Office in New York also didn’t miss a beat launching a fundraising campaign among major and grass roots donors, generating one million dollars from all corners of the Armenian world in as little as four days and counting. By the end of the first ten days, five million was secured through an ongoing matching fund opportunity by the Vatche and Tamar Manoukian Foundation.

As of September 15, 2020 over $5.5 million had been raised with 100 percent dedicated to ongoing food box and hot meal distribution, free medications, trauma services for youth, a dedicated hotline and the largest expenditures earmarked for repair and replacement of damaged personal property as well as restoration of AGBU schools and administrative centers. And with classes set to open in the fall, mostly remotely, the AGBU Central Board decided to waive all tuition fees for students enrolled in any AGBU day schools through 2021.

While the road to recovery for Lebanon may last well beyond next year, the first ten days of AGBU’s frontline efforts will long be remembered for turning the corner from chaos to order, and ultimately restitution.

“We have our marching orders,” stated Sylva Libaridian, the secretary of the District Committee of AGBU Lebanon. “Keep moving forward.” 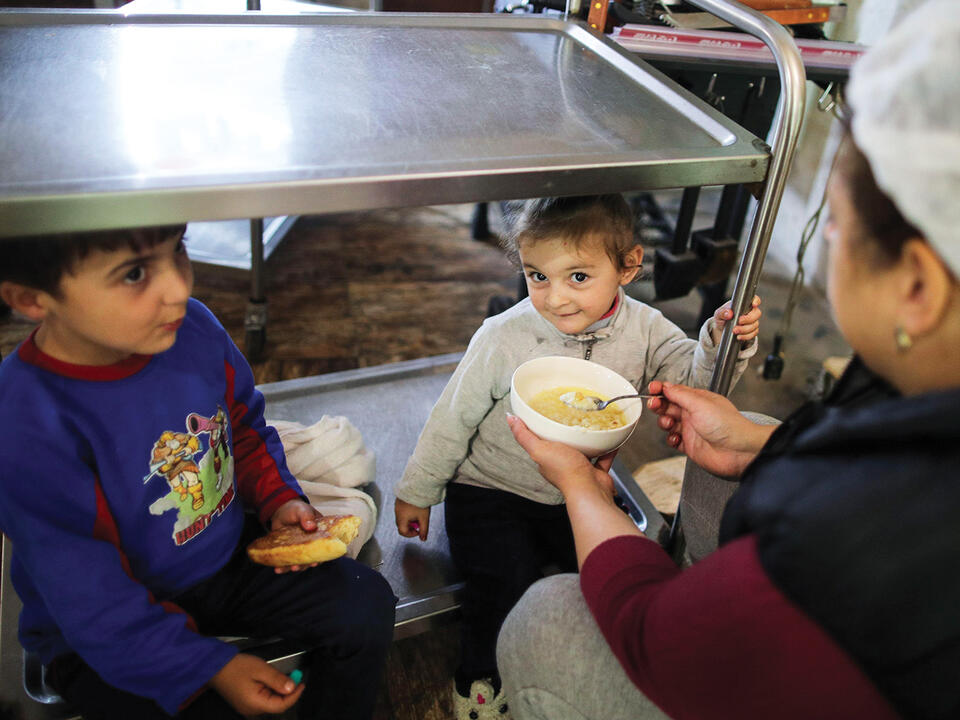 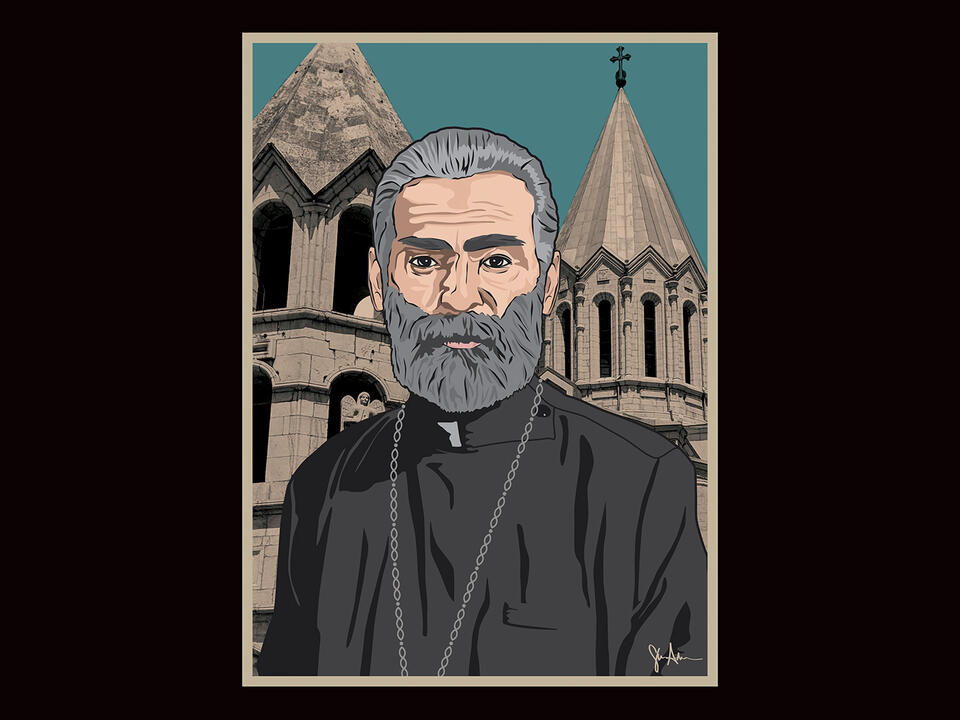 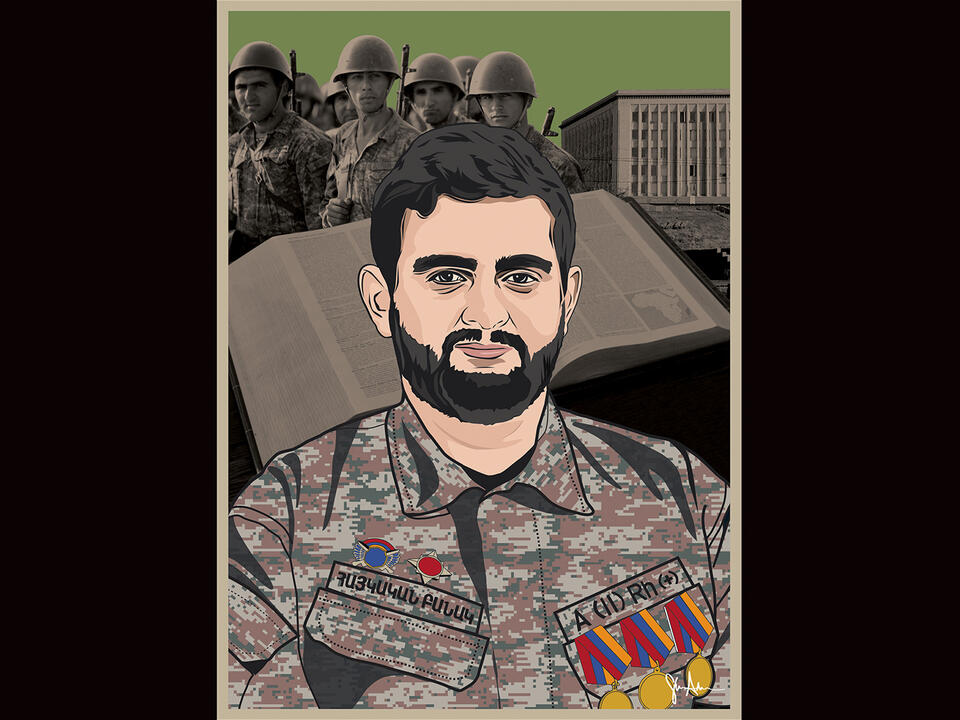 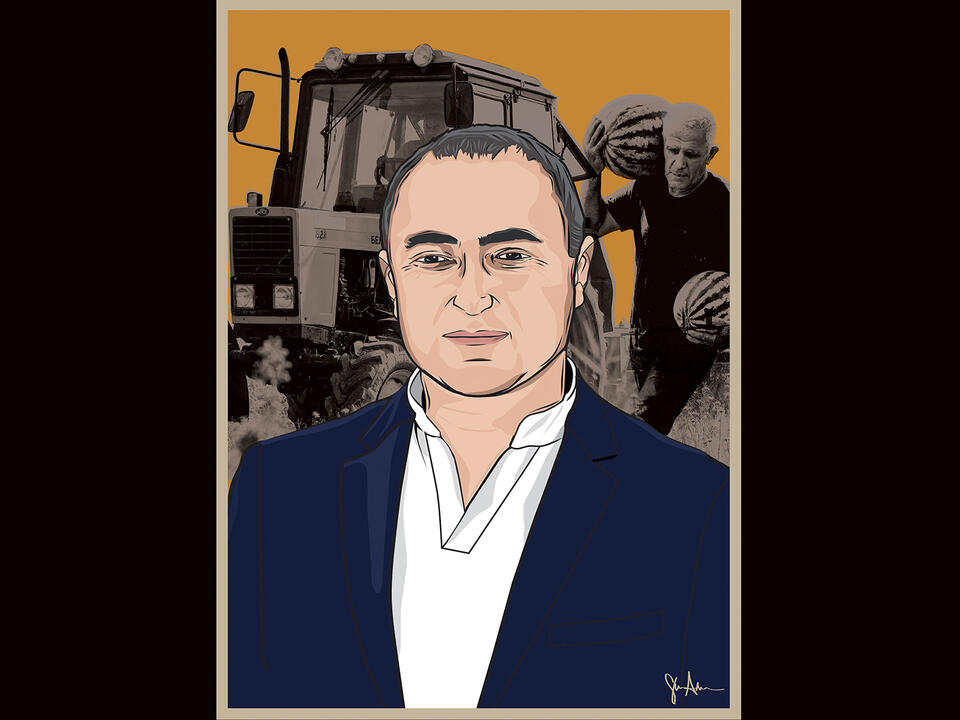 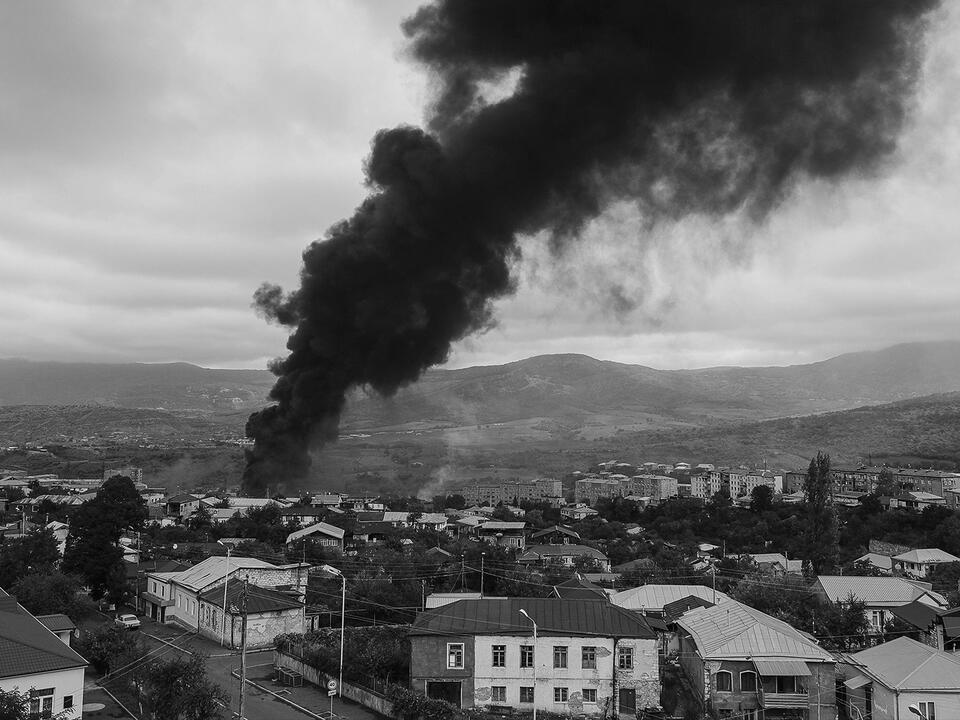 One month of military engagements in defense of Artsakh
END_OF_DOCUMENT_TOKEN_TO_BE_REPLACED 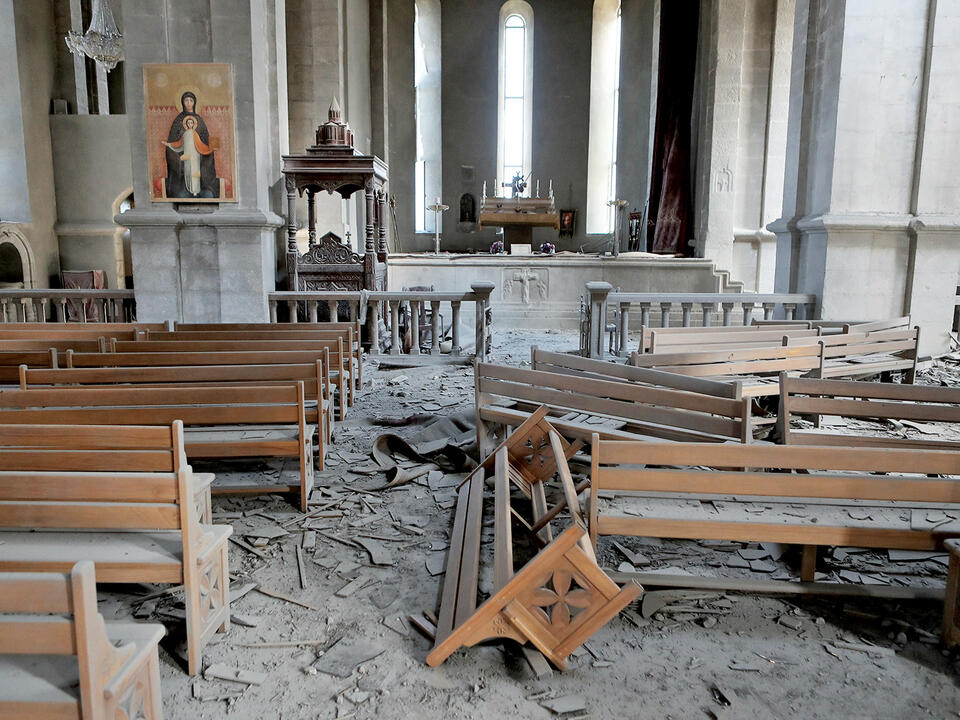 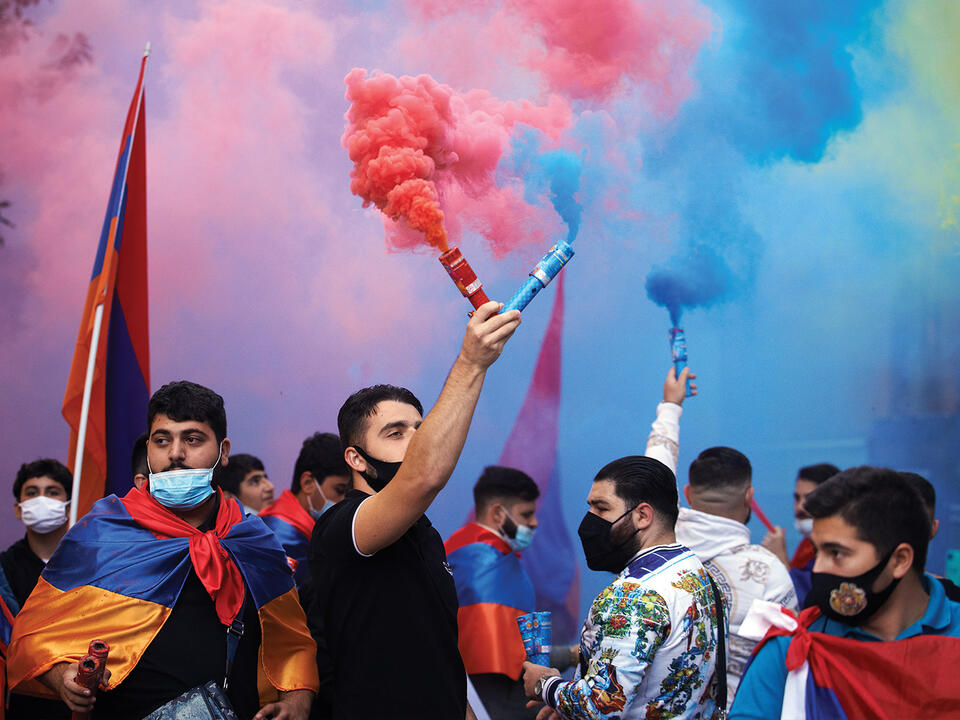 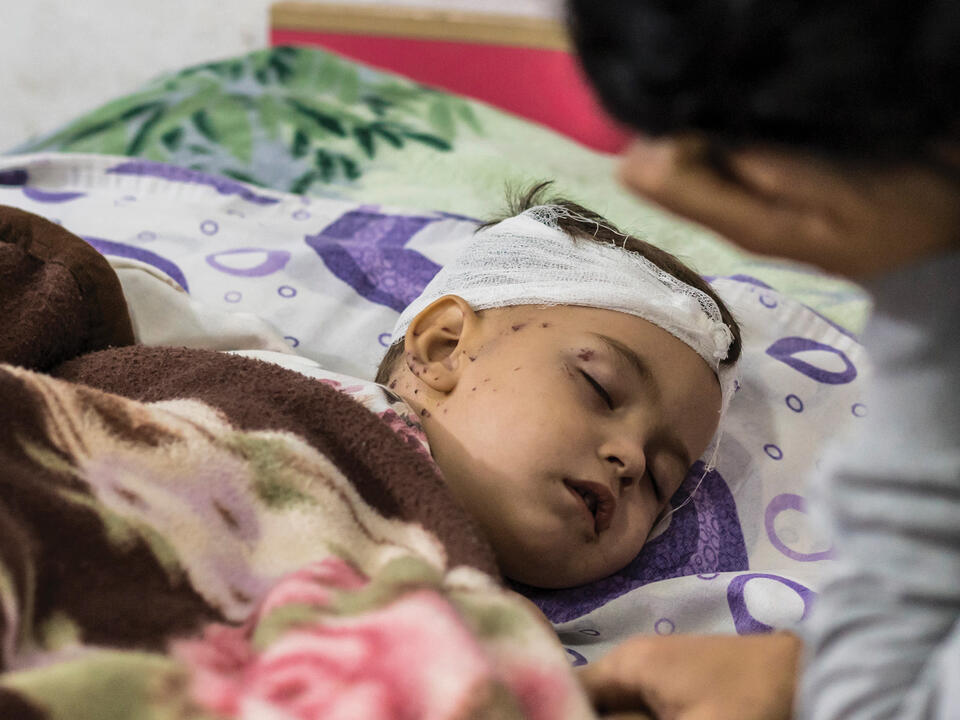 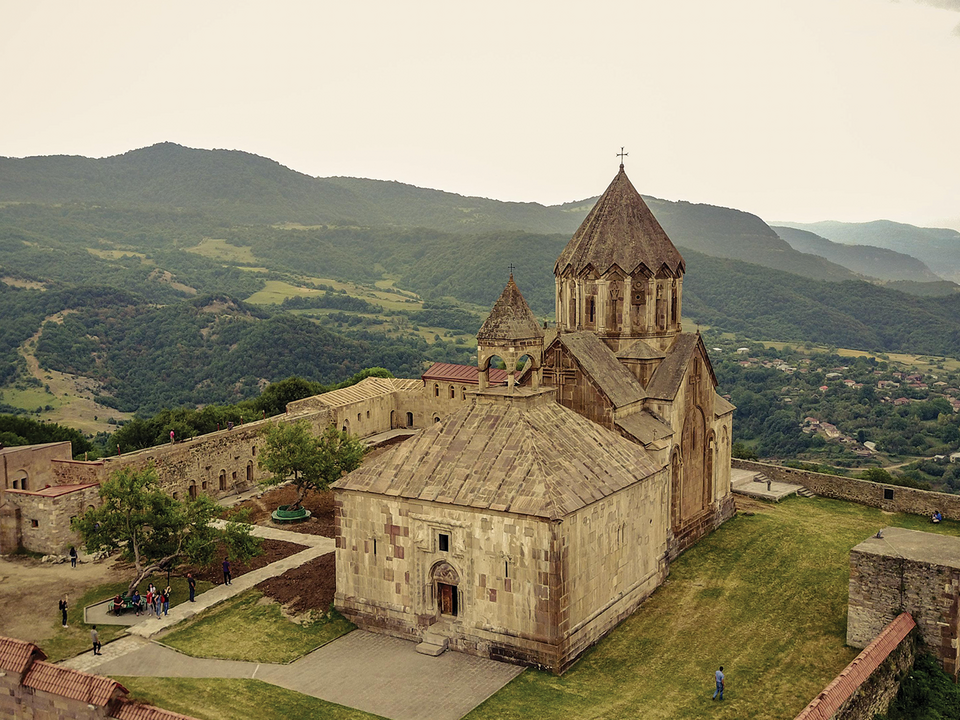 The building blocks of an unbreakable bond
END_OF_DOCUMENT_TOKEN_TO_BE_REPLACED 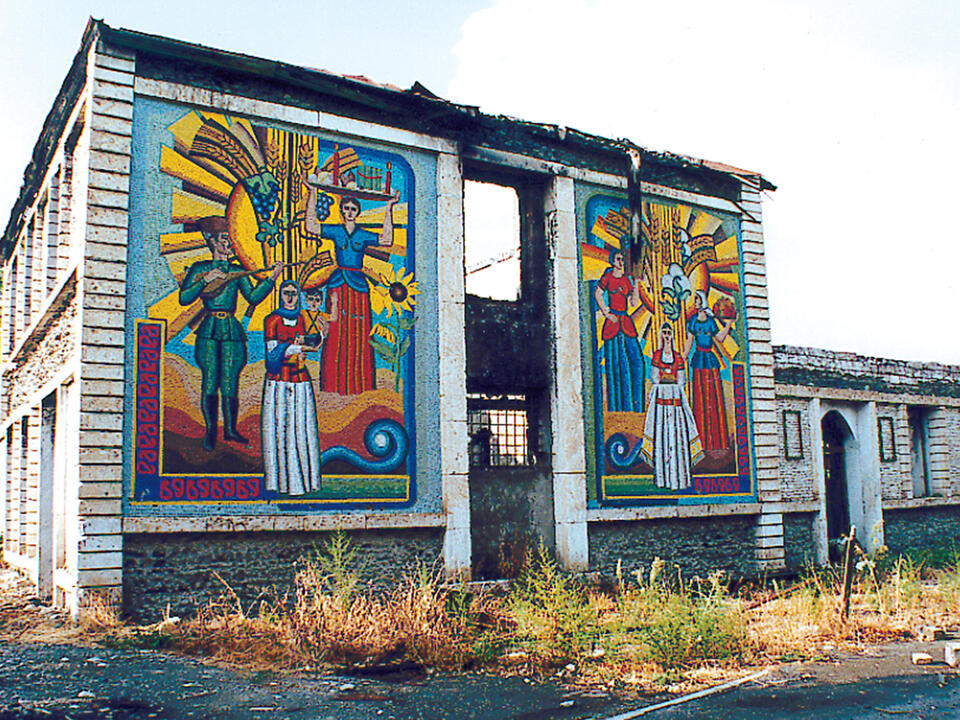 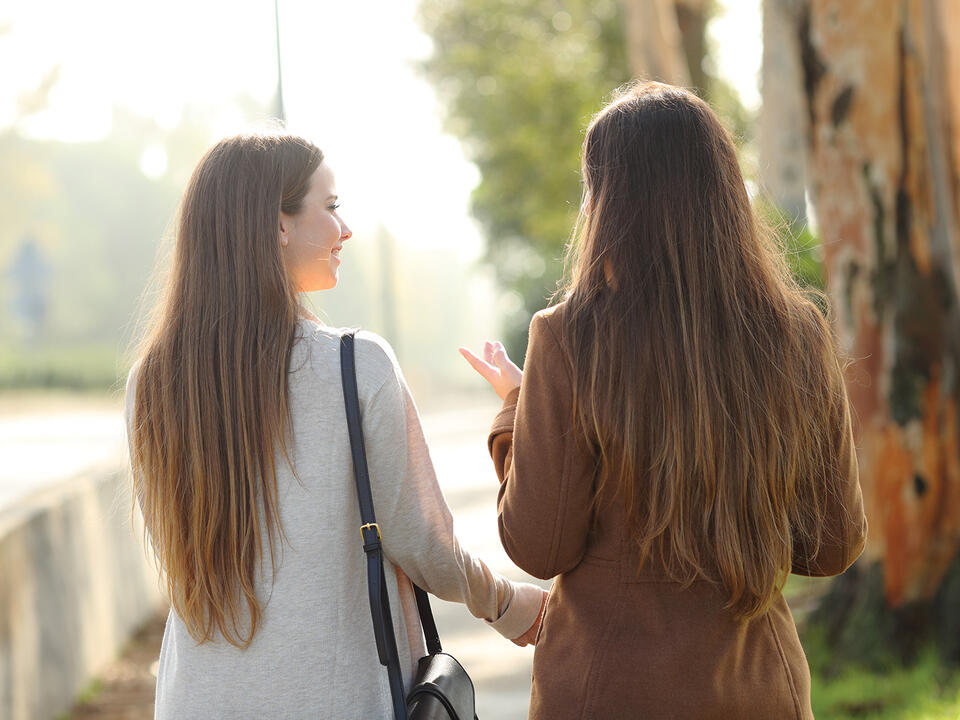 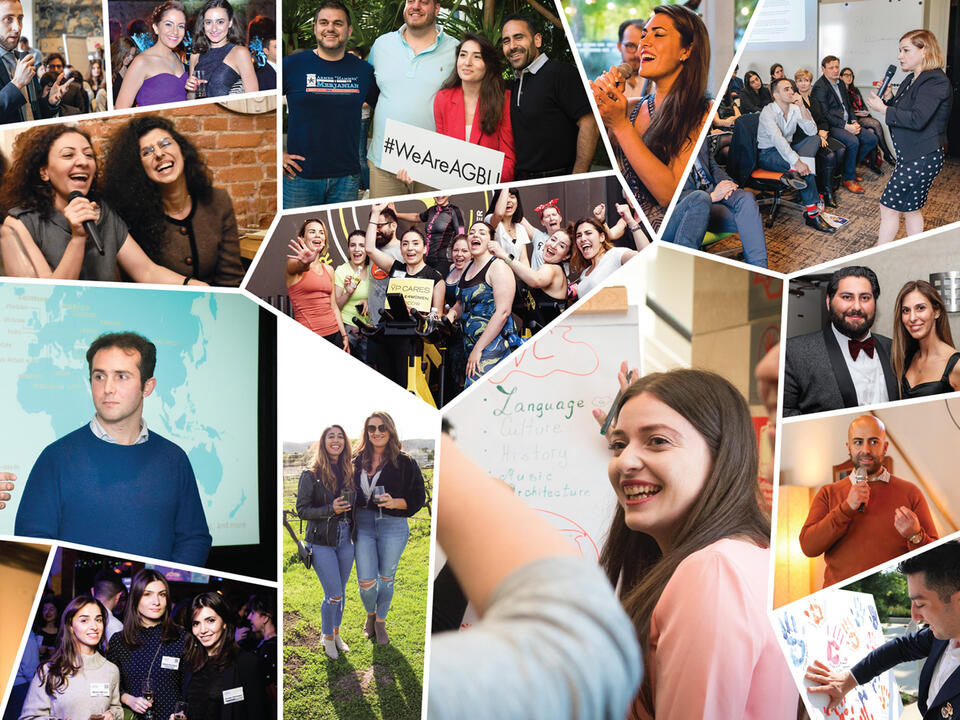