From July 18-21, the Brazilian city of São Paulo was transformed into a hub for the most internationally diverse group of Armenian young professionals ever to attend the AGBU FOCUS summit, a global gathering held in a different destination city every two years.

The group of young innovators and community leaders, along with hundreds of members and friends from the worldwide AGBU Young Professionals (YP) groups, hailed from such unlikely places as South Korea, Lithuania, Chile, and Cyprus, joining counterparts from North and South America, the European Union, the Middle East, Australia, and Armenia.  Representing 26 countries in all,  together they created a vibrant presence to match the dynamic tempo and colorful dimensions of São Paulo, Brazil’s most populous metropolis with a thriving cosmopolitan cultural life and distinctive architectural tradition.

“We are here to celebrate the friendship, legacy, and values of AGBU,” said Haig Apovian, chair of AGBU Brazil. “We see FOCUS as our vehicle to reinvigorate our communities not just in Brazil or South America, but all over the world.”

The attendees had much to experience during the event-filled four-day affair, orchestrated by AGBU Central Office and AGBU YP Brazil group. The organizers’ aim was to encourage this special segment of Armenians to explore their Armenian identity in the global age, broaden their social and professional networks, and unite behind a worthy cause through a global fundraising effort. This time around, it was the women of Armenia who stood to benefit from AGBU Women Entrepreneurs (W.E.)—an economic development program providing qualified women in rural and urban Armenia with the tools and support to start or grow a micro-enterprise or home business.

The weekend officially began with an assembly of 37 leaders in the YP network, who gathered not only to reflect on their accomplishments but also to consider the challenges of mobilizing their communities at home. To that end, they participated in skill-building exercises in leadership and exchanged ideas and information on local strategies.

“This was a chance for so many of our community organizers to put faces to names,” Heghine Musayelyan, the coordinator of the AGBU Young Professionals, explained. “It was a way to compare and contrast respective experiences in local communities.” Through sharing stories of success and challenges, these YP representatives empowered one another to pursue new avenues for strengthening their YP networks. Particularly benefitting from these candid exchanges were participants from prospective YP groups in Santiago, Chile and Montevideo, Uruguay.

Later that evening, conversations were extended to the general FOCUS attendees, who gathered in São Paulo’s eclectic Museu da Casa Brasileira, an impressive structure in the city center flanked with AGBU pennants, for a forum called Perspectives. The panel focused on the future of Armenian identity, moderated by Opera Mundi journalist and former adviser to the Permanent Mission of Brazil to the UN, Patrícia Dichtchekenian and featured diverse discussants: Natasha Der Avedissian, an event coordinator for the Institute for the Future at the University of Nicosia (Cyprus); Mikael Djanian, associate partner at McKinsey & Company (Brazil); Solange Merdinian, soprano and artistic director of New Docta (USA); and Sarkis Semerdjian, architect and owner of Pascali Semerdjian Architetos (Brazil). Among the themes explored were the realities of assimilation, the prospects of repatriation to the homeland, as well as preserving the Armenian heritage and keeping it relevant to the times.

“Being Armenian is a choice,” Der Avedissian asserted. “Reconnecting, getting involved with YP, being part of something greater than me is a choice I made to stay grounded in an identity that is otherwise sometimes fleeting.”

The following day, attendees had the opportunity to participate in an interactive conference designed to facilitate action, based on the insights and ideas presented during Perspectives. This activity follows a tradition set at FOCUS 2017 in Beirut in which brainstorming and collaboration result in creating tangible  proposals for new programs that speak to the theme, “Building for the Future.”

“These group activities are uniquely effective in acquainting participants with existing AGBU programs and involving them in rallying support among their peers,” observed Rafael Balukian, the treasurer of AGBU São Paulo and one of the key organizers of the weekend. “In order to energize and grow our communities, we need to build on what we already have and make them even stronger.”

The prize of $20,000 was at stake for the three finalists: Anna Vartapetiance (United Kingdom); Narine Haroyan (South Korea); and Robin Koulaksezian (France). They  had only minutes to pitch their projects to their peers before the electronic vote. From Internet security combating hate speech and creating an Armenian fellowship program in South Korea to compiling an online discovery tour of Armenian diasporas throughout the world, the concepts could not have been more diverse. Before the conference concluded, votes were cast with the winner to be announced at the FOCUS gala.

FOCUS on Art through Music

As much as the weekend was dedicated to professional development and networking, social and cultural opportunities were also on the agenda. After a fruitful day of conferencing, all were invited to enjoy a night on the town at Sutton Club before gathering the following day for the FOCUS on Art performance in São Paulo’s posh neighborhood Itaim Bibi. Live music from Armenia and Latin America was performed by Caio Simonian (drums), Daniel Simonian (guitar), José Carlos Keremian Simonian(saxophone and flute), Ará Kedikian (double bass) and Michael Sarian (trumpet).

At every gathering, Brazilian Armenian hospitality was on full display. The Tour and Taste São Paulo option included a private lunch and tour of Sourp Kevork Armenian Church, built by Genocide survivors. Hosted by Surpazan Nareg Berberian longtime AGBU community leader Monica Nalbandian, the visit gave the guests an opportunity to reflect on the legacy guiding them beyond just the FOCUS weekend.

FOCUS 2019 culminated at the Saturday evening Gala, held at the city’s historic Jockey Club. AGBU FOCUS São Paulo’s committee co-chairs Natália Hazarian and Aram Apovian announced the results of the fundraising campaign for AGBU W.E., with funds generated from donors worldwide as well as the international Cycle4Women campaign, comprised of spinning events in local YP networks. A total of $120,000 —the most money raised in FOCUS history—was raised, allowing more of Armenia’s women to receive a one-year cycle of support including entrepreneurship classes, mini-grants, mentoring, networking, and follow-up sessions.

“Everyone in this room can look to a strong woman in their lives to inspire them to go a few steps further toward an empowered life,” Hazarian said. “But for every exemplary woman we do know, surely there are others who never had the opportunity to shine because of gender inequality. AGBU W.E. will help create more positive female role models in Armenia.”

Before attentions turned to dining and dancing, Nazarian’s grandsons Kassardjian and Balouzian announced the winner of the YP Innovators’ Fund. Robin Koulaksezian’s Little Armenias took the prize. This will enable him to publish his online catalog with an interactive search dimension that enables users to tap into a one-stop resource for maps, landmarks, churches, guided tours, restaurant offers, and other points of interest in each community, along with videos and photo albums.

As the weekend dwindled into a farewell Sunday brunch, one question on everyone’s mind was: Where to next? Ani Darbinyan, a third-time FOCUS participant from Los Angeles, couldn’t help but quote the renowned 20th-century Armenian poet, literary critic, and translator Paruyr
Sevak: “We are few, but we call ourselves Armenian.” She went on to say, “No matter what part of the world we meet in 2021, this sense of community is guaranteed.”

In summing up the highlights of the weekend, FOCUS 2019 committee co-chair Aram Apovian expressed both satisfaction and appreciation for a highly successful event, saying, “If anything can encourage young professionals to go back to their communities inspired to make a difference in the world as Armenians, this year’s FOCUS has given them the momentum to serve with pride, purpose, and a more globally inclusive perspective.” 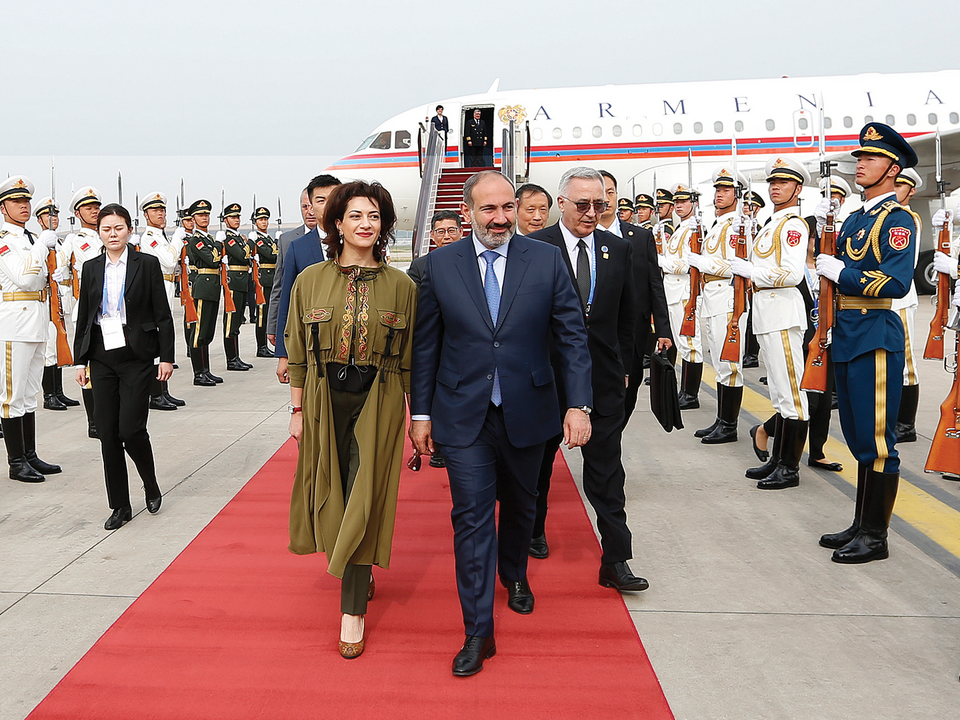 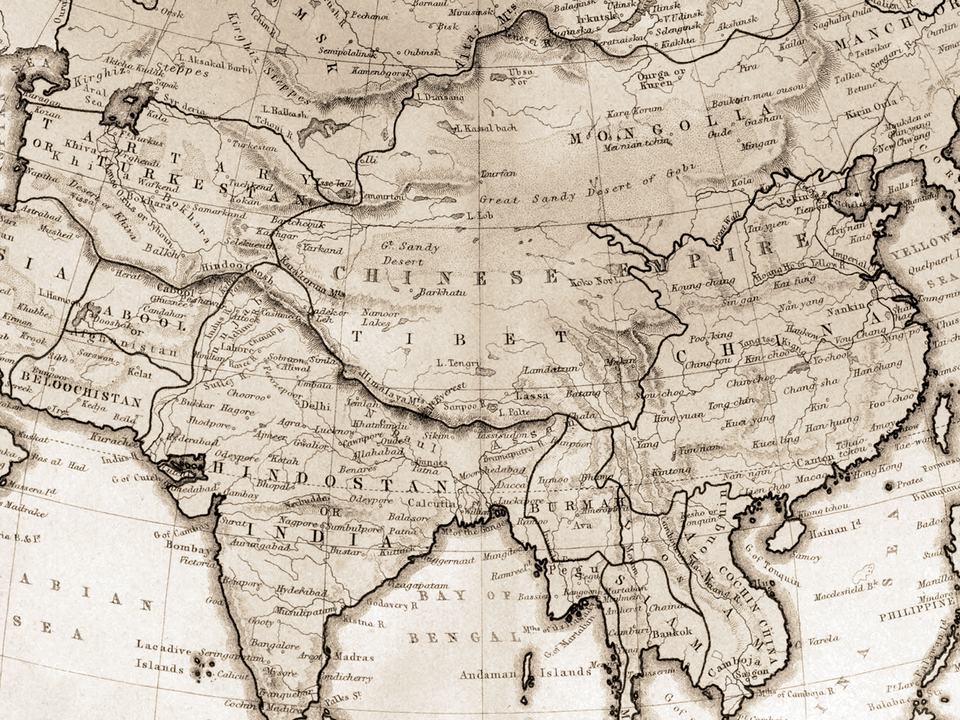 The origins of a legendary tycoon, a daring diplomat, and a dedicated community leader tell the story of early Armenian diasporas in Asia
END_OF_DOCUMENT_TOKEN_TO_BE_REPLACED 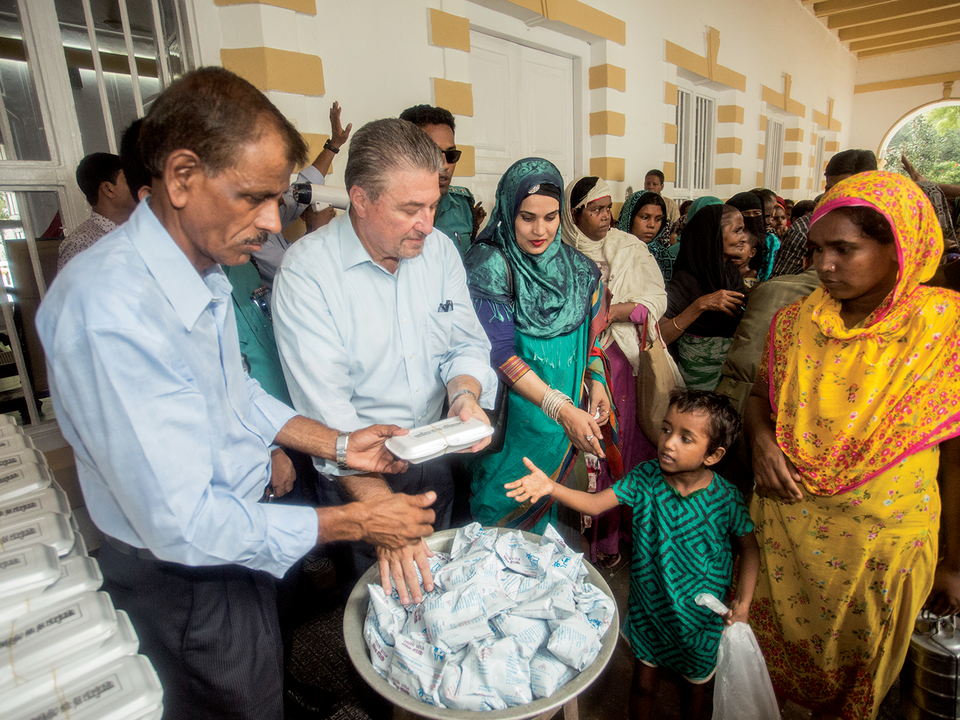 Armenians maintain a presence in Dhaka through community service
END_OF_DOCUMENT_TOKEN_TO_BE_REPLACED 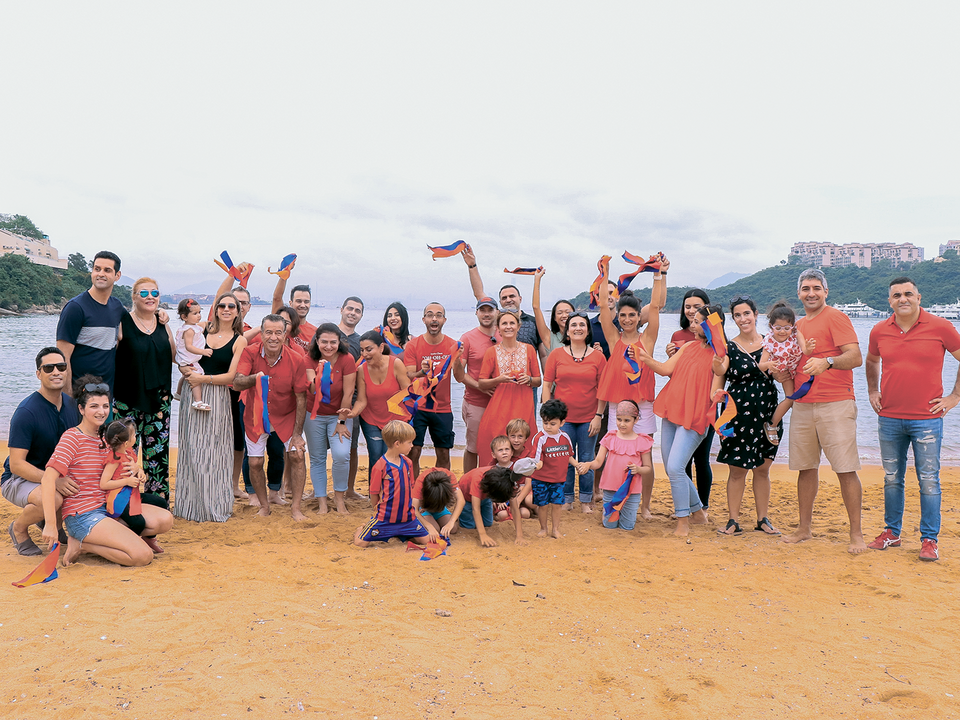 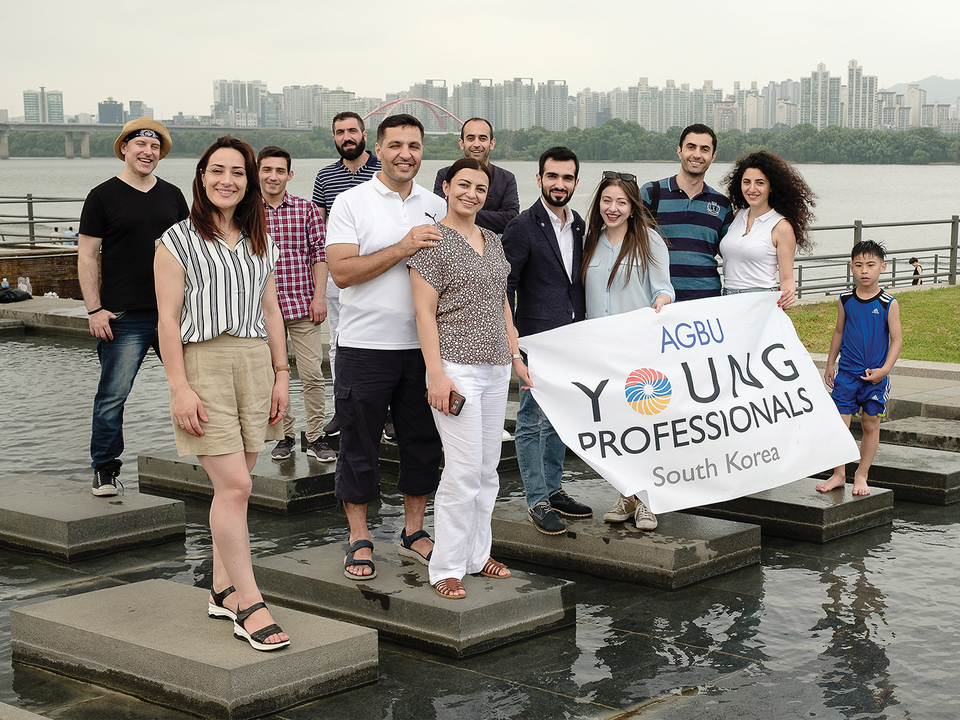 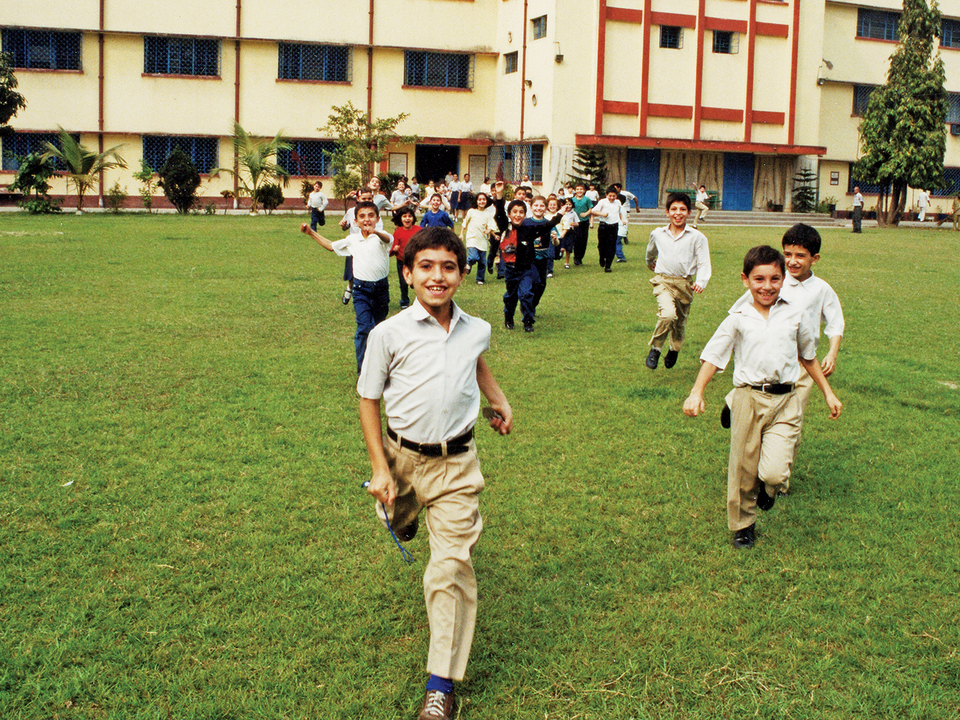 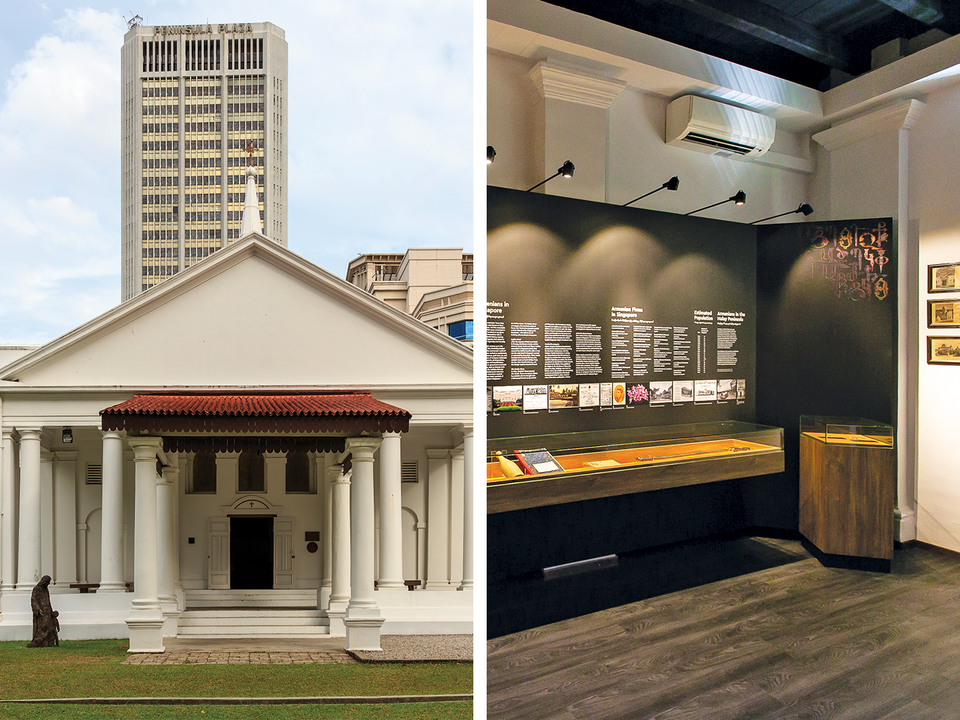 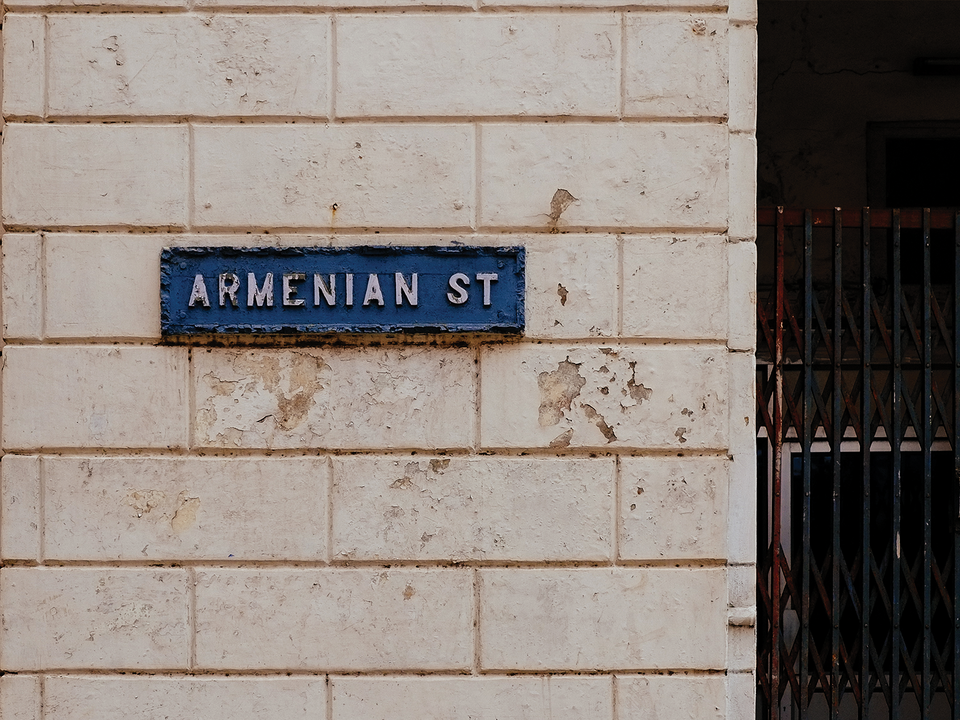 Historical facts, finds, and figures that bring the Armenian legacy in Asia to life
END_OF_DOCUMENT_TOKEN_TO_BE_REPLACED 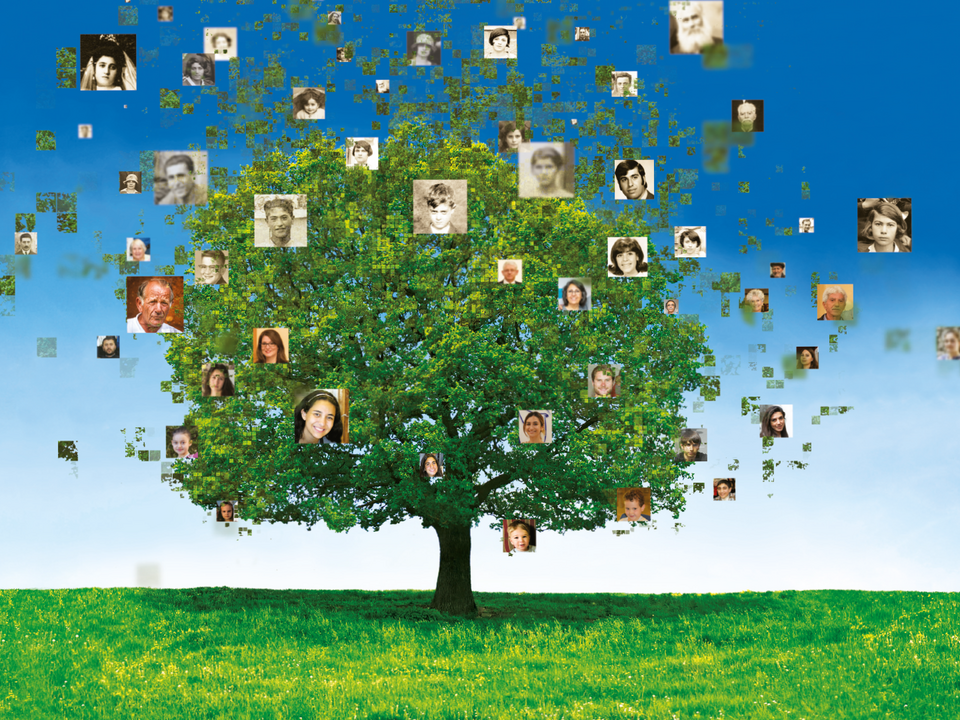 How the digital revolution is regrowing our Armenian family trees
END_OF_DOCUMENT_TOKEN_TO_BE_REPLACED 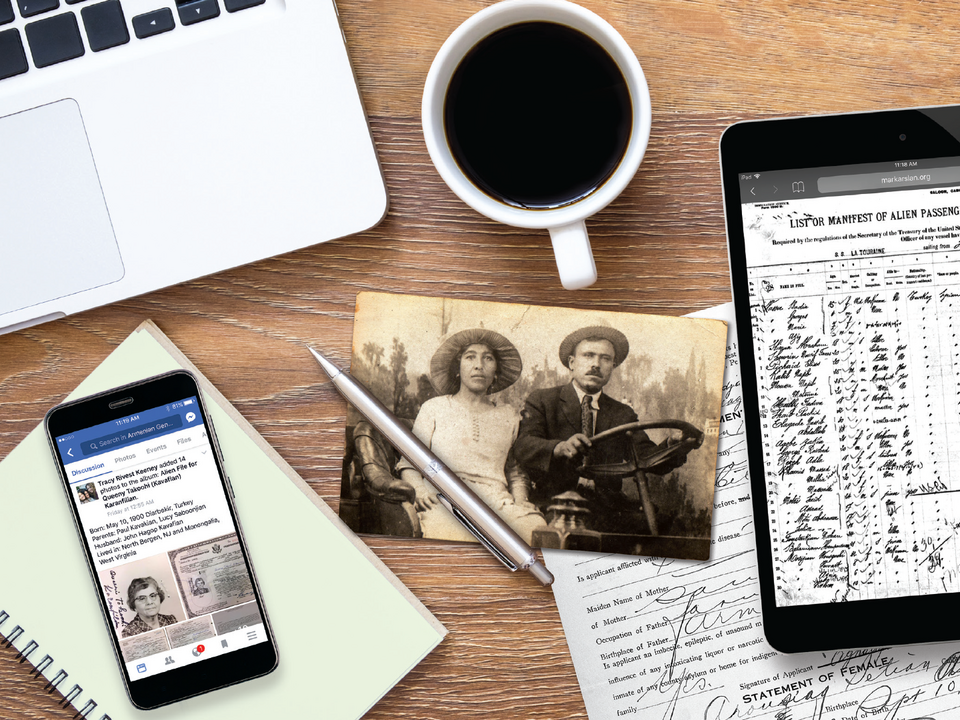 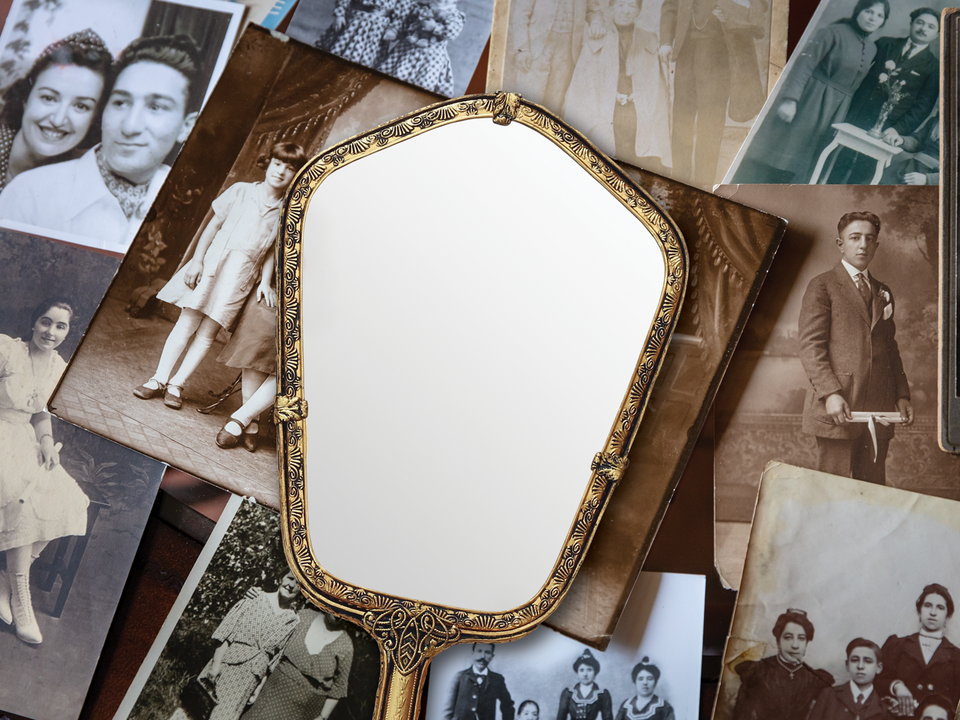 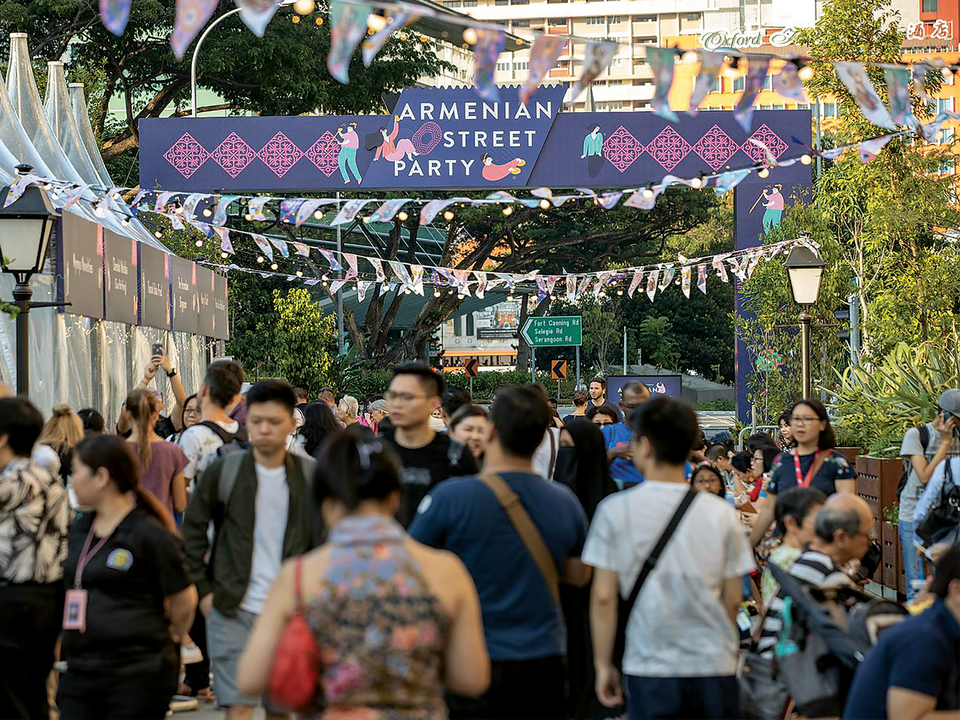