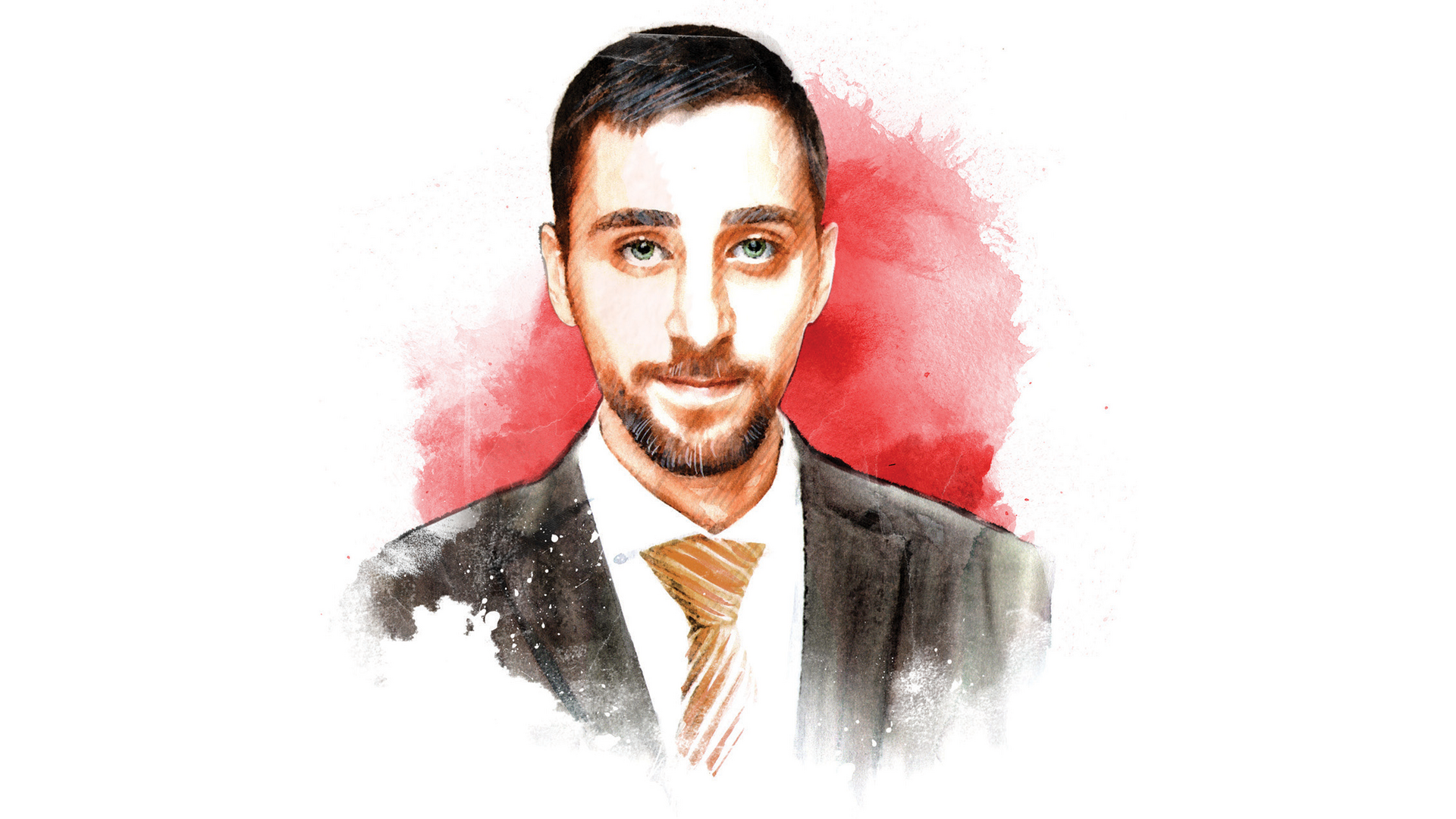 Sahak Artazyan brings German-Armenian students together in a new environment


Sahak Artazyan is the chairman of HAIK, the German-Armenian Students Association that consists of a network of German students, scholars and young professionals of Armenian descent with representatives at 17 universities. The AGBU-affiliated association aims to strengthen and unify the country’s Armenian community; promote bilateral communication between Germans and Armenians; and preserve the Armenian identity for future generations. Born in Yerevan, Artazyan grew up in Frankfurt. He is currently pursuing a master’s degree in international economics and public policy at the Johannes Gutenberg University—Mainz.

The more we continue to unite and communicate in this direction the more our positive voice in the German public will be heard.

Growing up in Germany, how did you hear about AGBU? My father received an AGBU scholarship in the early 1990s and as a child I viewed AGBU as a huge organization working in every part of the world to promote the Armenian heritage. When I grew older I discovered that indeed AGBU actually was this great organization I always perceived it to be. It is important to have a united Armenian diaspora, a strong pillar of the Republic of Armenia. AGBU is a testament to that, proving that we are strong when we are united and it has managed to develop an international brand associated with professionalism, patriotism and innovation that can help set the agenda and contribute to our common goals.

How did you become involved with HAIK? I knew the founders of the association quite well during my high school years. Karen Navoyan and Pailak Mzikian were not only outstanding students at the prestigious University of Mannheim at the time, and therefore role models for me, but they both embodied the slogan they had chosen for HAIK: the world is shaped by those who do more than their duty. So I became an active member in 2008 and now, eight years later, I am the chairman and have a great board that shares my passion for our cause to support Armenian students and YPs in Germany by creating an active and functional network.

What do you enjoy most about your work with HAIK? There are two aspects that give me great satisfaction. The first is the direct contact with Armenians from Germany who have never heard about our work before. I enjoy seeing them realize that there is a strong and pragmatic new generation of young, talented Armenian students and professionals and I enjoy enlisting them to work toward our common goals. The second involves working with successful people and institutions in Germany and shaping their image of Armenians as a result of our highly professional approach.

How would you say Armenians are perceived in Germany? There are about 55,000 Armenians living throughout Germany, mostly in the urban centers of Berlin, Munich, Cologne or Frankfurt. In the last decade, Armenians in Germany have become well regarded in the general public as more individual talents achieved fame and recognition, and as the Republic has more recently been mentioned in the headlines. Perhaps more importantly at the local level, Armenians and Armenian associations have also become more confident and represent their Armenian heritage much better. The more we continue to unite and communicate in this direction the more our positive voice in the German public will be heard.

What are you planning to pursue after graduation? I plan to deepen my professional expertise as a financial economist in Germany. Meanwhile I will continue to contribute to the goals of our nation within the framework of AGBU and HAIK. I see my role and the role of my generation to help elevate Armenia into the ranks of the most developed countries by using our heritage as motivation. I hope in the future to hold or create a position where I can employ my assets most efficiently for our cause, and most likely that will be in Armenia.

Dr. Berdj Kiladjian inspires change through a spirit of service and leadership
END_OF_DOCUMENT_TOKEN_TO_BE_REPLACED

The Insider talks with the incoming Alex Manoogian Chair in Modern Armenian History at the University of Michigan, Hakem Al-Rustom
END_OF_DOCUMENT_TOKEN_TO_BE_REPLACED

Stepan Khzrtian cultivates a culture of negotiation in Armenia
END_OF_DOCUMENT_TOKEN_TO_BE_REPLACED