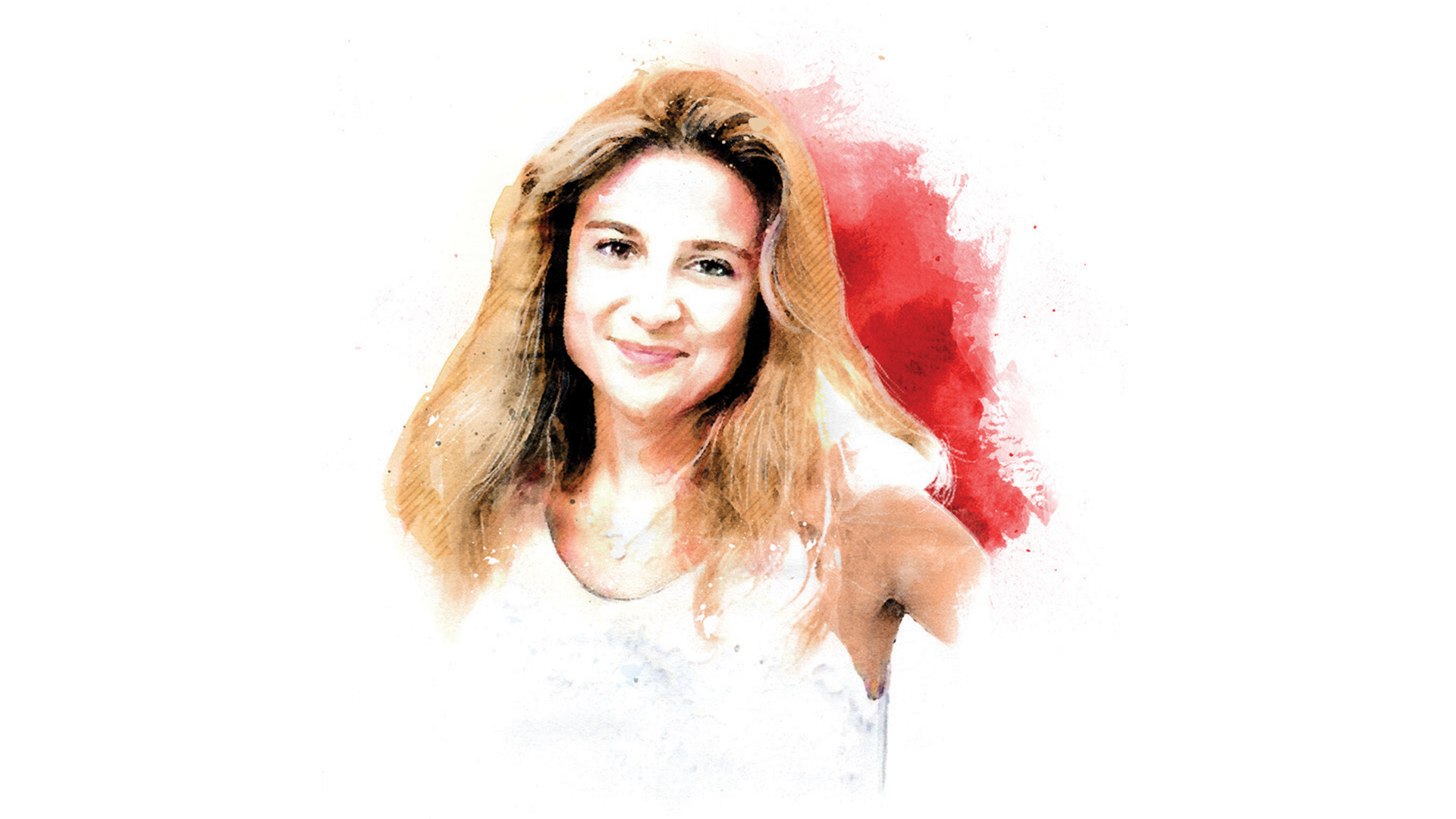 
Sarine Karajerjian currently works at the American University of Beirut’s Issam Fares Institute for Public Policy and International Affairs. While her work at the Institute involves issues relating to the entire Arab region, her spare time is devoted to her own smaller Armenian world in Beirut. Karajerjian is the former chairwoman of the AGBU Young Professionals of Lebanon and actively helped revive the group nine years ago. Since then, YP Lebanon and its many activities have taught her the importance of giving back to the community in powerful and distinct ways.

Growing up, how were you involved in AGBU? When I was younger, I spent a lot of time at the AGBU Demirdjian Center in Antelias, north of Beirut, attending parties, sporting events and concerts. As I studied at a French school, AGBU was a place where I could meet other Armenians like me. I always felt like I had another family there waiting for me at the center.

How would you say Armenians are perceived in Lebanon? Sometimes it’s hard for people to grasp that we can be Lebanese and Armenian at the same time—that when I identify as Armenian that I don’t mean Armenian from Armenia. There is that confusion, but generally people associate Armenians with being hard working and artistically inclined. It’s not uncommon for someone to see my Armenian last name and say, ‘Oh, I had an Armenian piano teacher,’ or ‘Oh, my dance teacher was Armenian like you.’ I think Armenians have such a positive image because we are so well integrated into Lebanese society. The Lebanese Armenian community is large and its roots go back almost
a century.

How did you get started with YP? After some friends and I graduated from the American University of Beirut, we asked ourselves how we could continue our involvement with AGBU. We weren’t students anymore, but we wanted to keep the atmosphere of our Armenian university group alive. In Lebanon, many young professionals are very mobile and often move to different countries in the region. This migration left the YP group inactive until we revived it in 2006. Our goal was to help young people feel less lost after they graduated, so we started a lecture series with prominent and well-respected leaders in the fields of business, politics, architecture, art, among others. These individuals played a critical role in serving as the mentors and role models young Armenians lacked as they embarked on their own careers.

What have you learned through YP? Personally, I’ve learned more about myself. The group has given me the confidence to speak in front of 400 people, and taught me that I had a voice and that people would listen to it. As part of the Armenian community, I’ve learned more about my identity and the bonds that tie me so strongly to other Armenians. Within the YP community, I can be myself, laugh and feel comfortable around like-minded people. I’ve also learned that giving is tremendously important and that even the smallest acts of giving can be rewarding.

Within the YP community, I can be myself, laugh and feel comfortable around like-minded people. I’ve also learned that giving is tremendously important and that even the smallest acts of giving can be rewarding.

Of all the YP initiatives you have overseen, which project has been the most rewarding for you? In February 2015, we held a fundraiser for AGBU schools in Lebanon. We organized a movie night and had over 700 people—Armenians and non-Armenians—came to watch the movie and raise awareness for the cause of education. We ended up raising over $9,000 dollars that we then distributed to the various schools. When we received a letter from the students saying that they could learn about new projects or even have more fun during recess as a result of our donation, it was one of the best feelings in the world. I like to think that these children will be future YPs and will continue the tradition of giving back to the Armenian community and fostering their commitment to their Armenian identity. It’s not only our duty and our responsibility to give back once in a while, it should be a regular habit—like brushing your teeth.

Going beyond the headlines with Lara Setrakian
END_OF_DOCUMENT_TOKEN_TO_BE_REPLACED

How Artak Beglaryan came to find strength in blindness
END_OF_DOCUMENT_TOKEN_TO_BE_REPLACED

For Sarah Partin, volunteering is part of the Camp Nubar tradition
END_OF_DOCUMENT_TOKEN_TO_BE_REPLACED