Nowhere has the unprecedented pace of technological change and dramatic growth of social media more fundamentally transformed a profession perhaps than in the world of television journalism. While some reporters struggle to meet the exponential number of daily demands and deadlines—constantly updating the latest developments on Twitter and publishing interactive versions of their stories online, on top of providing live debriefs and producing packaged reports for the evening newscast—others, like Artak Aleksanyan, thrive on the challenge, embracing every opportunity to attract, inform and empower a wider audience.

Fleet-footed and quick-thinking, the thirty-eight-year-old multi-talented journalist from Yerevan even naturally speaks in an accelerated rhythm. And yet what truly sets this affable workaholic apart is his consideration for the public he serves, once apologizing on air to viewers who had difficulty following his speedy delivery. “I tried to change the speed but I don't think I was all that successful,” he says laughing. “Hopefully someday I'll find a way to slow down.”

Those who know him doubt Aleksanyan is capable of slowing down much of anything. As senior correspondent for Armenia’s Public Television channel, the award-winning journalist works up to 16 hours a day during the course of which he effortlessly transitions from the role of producer, reporter, cameraman and news anchor. When he is not in the office, it’s usually only because he is accompanying President Serzh Sargsyan and his delegation on state visits abroad as the official Public Television correspondent.

Ask Aleksanyan how he began his career in journalism, however, and he responds with an embarrassed laugh. “It was not my intention to become a journalist because I didn’t like journalism in the first place,” he reluctantly admits. “I thought it was a vulgar way of presenting facts.” At the time in the mid-1990s, he was hard at work on his history degree at the Armenian State Pedagogical University, hoping for a recommendation for a post-graduate transfer to the number-one-ranked Yerevan State. Arriving on campus one frigid morning, he stumbled across his professors tearing up the floorboards to burn as firewood and decided to write about the ordeal for the university paper. Aleksanyan was disappointed to discover university officials weren’t as pleased with the negative attention as his colleagues; that all-important recommendation would not be forthcoming.

Like many blessings, this one came in disguise, prompting him to successfully apply for a position in the news department of Nork TV—his first job as a journalist. True to his Armenian roots, Aleksanyan had taken a dismal situation and used it as a stepping stone to a brighter future. And now he beams, “I love what I am doing.”

Aleksanyan’s career afforded him a front row seat to virtually every major event in Armenia’s recent history. “It was such an exciting time be a journalist,” he recalls, “being able to witness firsthand how Armenia changed day by day as it took its first steps as an independent nation and experienced this fundamental social transformation.” Aleksanyan knew then he wanted to devote his life to the media.

Aleksanyan has been chosen to accompany President Serzh Sargsyan and his delegation on all state visits abroad.

The secrets of his success were rooted in the lessons he learned early on as a child, including the values of hard work, dedication, tenacity and the importance of never imitating others. “In my first television reports,” recalls Aleksanyan, “I tried to copy the style of reporters I saw on BBC or CNN, however, my colleagues told me I didn’t sound natural. I realized in order to stand out I had to be different from everyone else.” Journalism was not taught in any professional capacity in Armenia at the time so he eagerly sought out every training course he could throughout Europe to make up for the lack of professional experience at home.

His dedication and hard work paid off in the form of a fellowship to complete a master’s degree in communications at the University of Utah. Fascinated by the rich diversity of cultures in America, Aleksanyan chose to write a thesis on the state of Armenian media in the United States. The ambitious project, however, required funding to travel throughout California to complete the research. He turned to AGBU for assistance, where his potential was immediately recognized and rewarded with a scholarship. “Without AGBU I would not have been able to complete my documentary thesis,” he says. The experience not only reinforced the fundamentals of journalism, but also provided Aleksanyan with hands-on business management skills and a new perspective on the diversity of American and world media production.

Like many young foreign exchange students, the prospect of seemingly boundless career opportunities in the United States held a strong pull. His contacts at AGBU however, helped convince him otherwise, urging Aleksanyan to put his newly acquired skills to better use helping to expand and improve the state of journalism in Armenia—largely controlled by political or business interests and laden with censorship. In 2008, he returned to his homeland and within the year, Aleksanyan founded his own production company, Banadzev, which rapidly grew into one of the key independent media groups within the Armenian media industry. “My goal was to offer something that viewers had never seen before,” he says, “and to be good at it.”

One of Aleksanyan’s most successful programs is a reality show on youth corruption on Armenian Public TV, entitled Witness: Real Stories. Focused on Armenian youth, the critically-acclaimed series explores relevant social themes including corruption, youth unemployment and participation in public life. Banadzev also produces Armenia’s only investigative series, Special Report. Tackling corruption and government accountability, it has surpassed popular entertainment to become Armenia’s most-watched Saturday TV program. “On a Saturday night,” says Aleksanyan, “no one watching public TV back then would have believed we could get any ratings with a serious current affairs program going up against popular comedies and dramas, but after six months we proved them wrong.”

However, as any journalist will likely confide, professional success often comes with a personal toll. Aleksanyan has rarely enjoyed a vacation or been able to indulge in any hobbies or sports. In between the constant juggling of his multiple roles as a producer, reporter, anchor and media entrepreneur, he somehow found the time to get married—although the honeymoon was limited to 3 days. He admits his hectic schedule is partly fueled by a workaholic personality constantly seeking out the next opportunity to develop as a journalist and diversify his company.

In 2011, he launched Armnews, the first 24-hour news channel in Armenia, as well as Newmag, a popular monthly magazine devoted to news and current affairs. The new formats provided Aleksanyan with more leverage and opportunities to challenge conventional and conservative television news programming in Armenia. It allowed him to experiment with new content, including youth programming, political satire and a popular program that lets the public—not the reporters—put the questions to government officials, providing Armenians with a degree of access they otherwise might never have had with their elected officials.

Personally I believe my biggest contribution to the Armenian media landscape was to make journalism and journalists popular,” he says, “whereas before it was not traditionally perceived as either fair or balanced.

Training the next generation of Armenian journalists has also become a priority for Aleksanyan, who now devotes the majority of his day to his behind-the-scenes role as producer and manager, though he frequently fills in on air when breaking news or staffing warrants. He hopes to see Armenian universities develop higher-quality journalism programs to enable more young Armenians to carry on that public dialogue in the future. On top of working long hours often under challenging circumstances, there are some key attributes though, he says, that can’t be taught in a classroom.

“Be interesting, useful and different. Catch the viewer’s attention and hold it as long as you can, because with the internet, Facebook and Twitter, people have stopped spending their time in front of the television and when they do, the remote control makes it very easy to switch channels.” He also cautions aspiring journalists to think critically, independently and “always care about your audience.”

During his remarkable career to date, Artak Aleksanyan has never stopped caring about that Armenian audience. As both a media entrepreneur and facilitator of civic dialogue, the groundbreaking journalist vows to continue serving his country by encouraging youth activism and helping to build a more tolerant and transparent society.

Originally published in the February 2016​ issue of AGBU Insider. 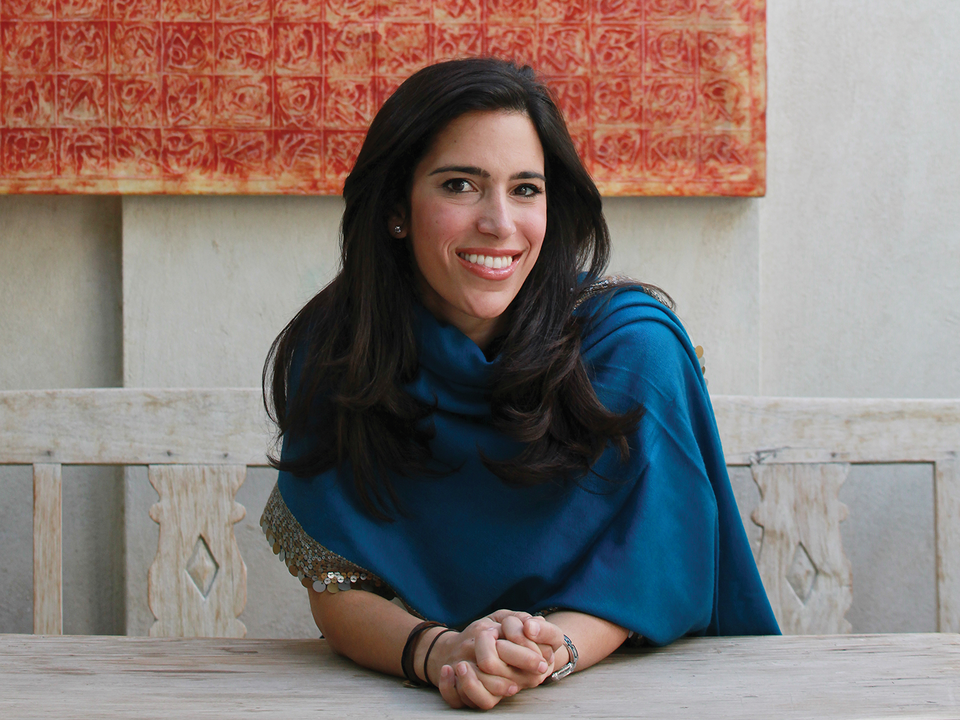 Going beyond the headlines with Lara Setrakian
END_OF_DOCUMENT_TOKEN_TO_BE_REPLACED 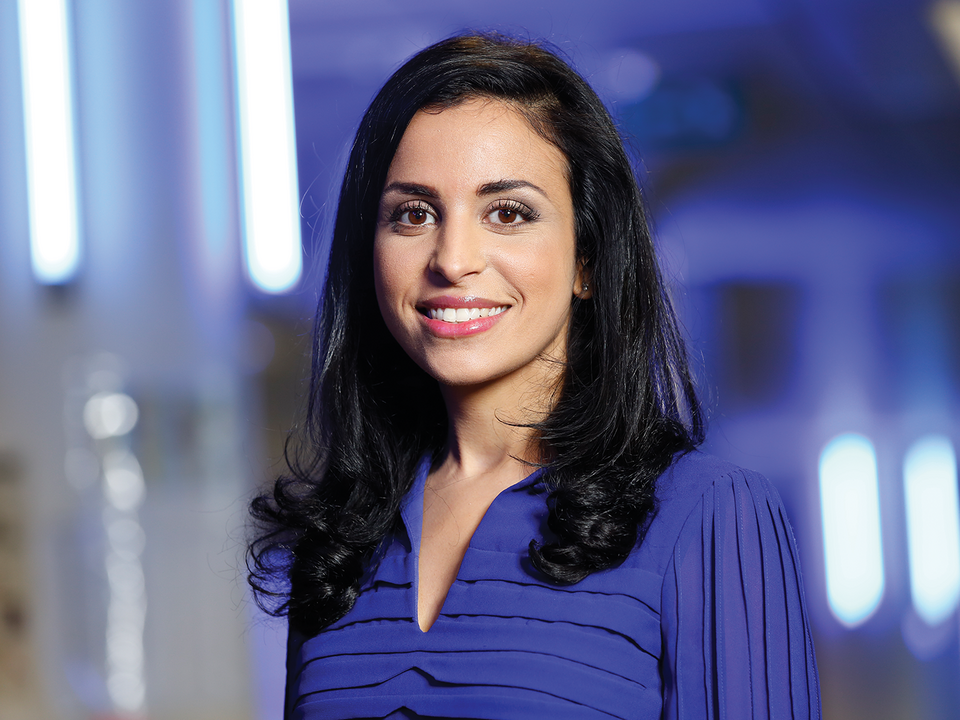 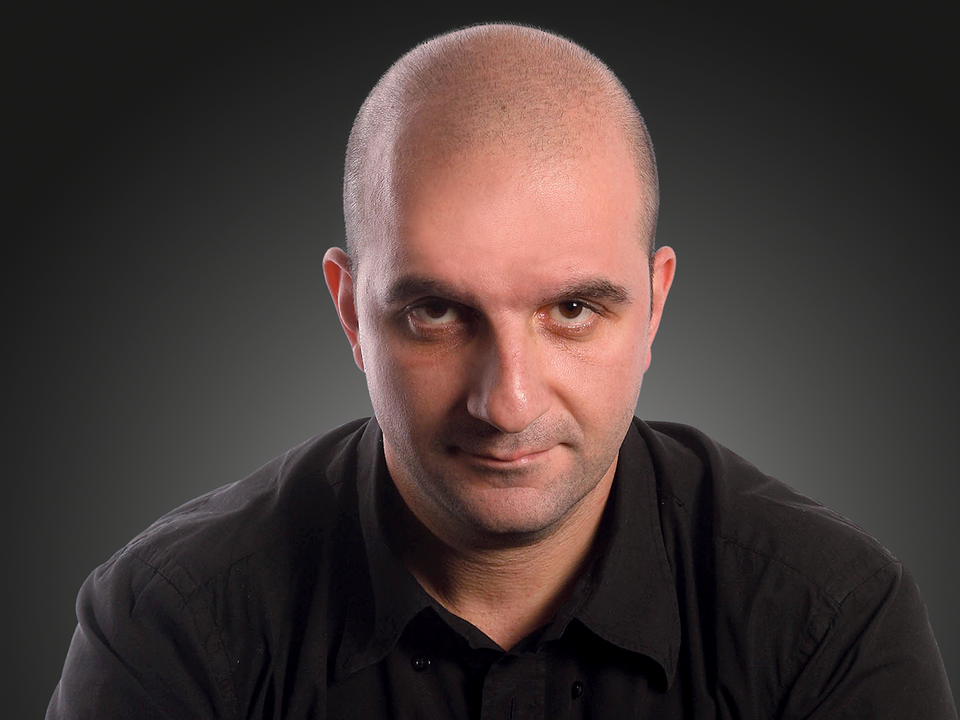 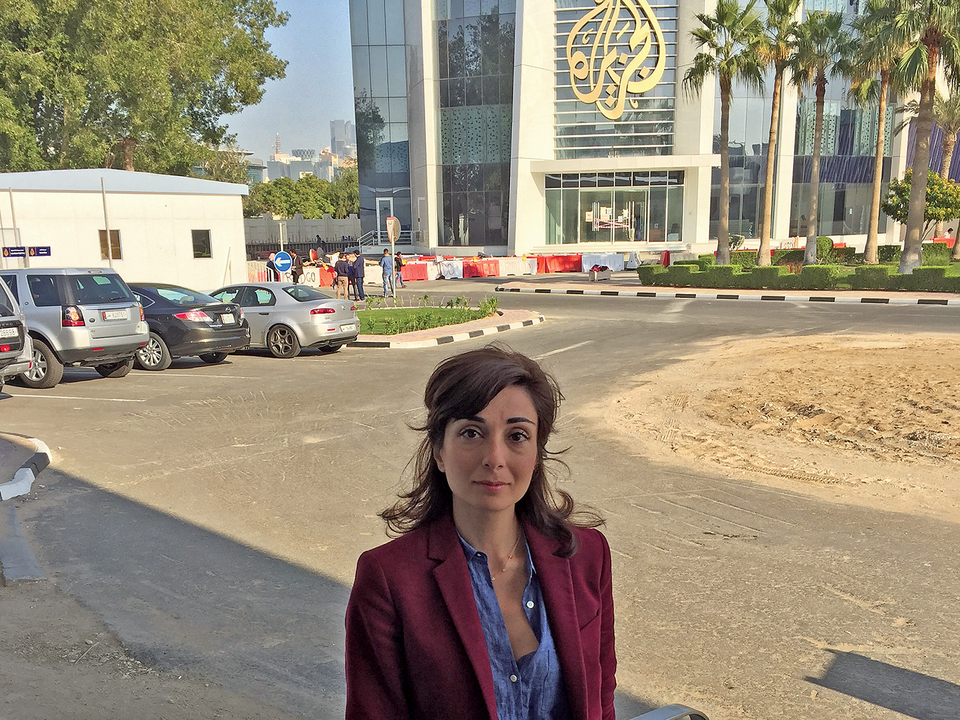 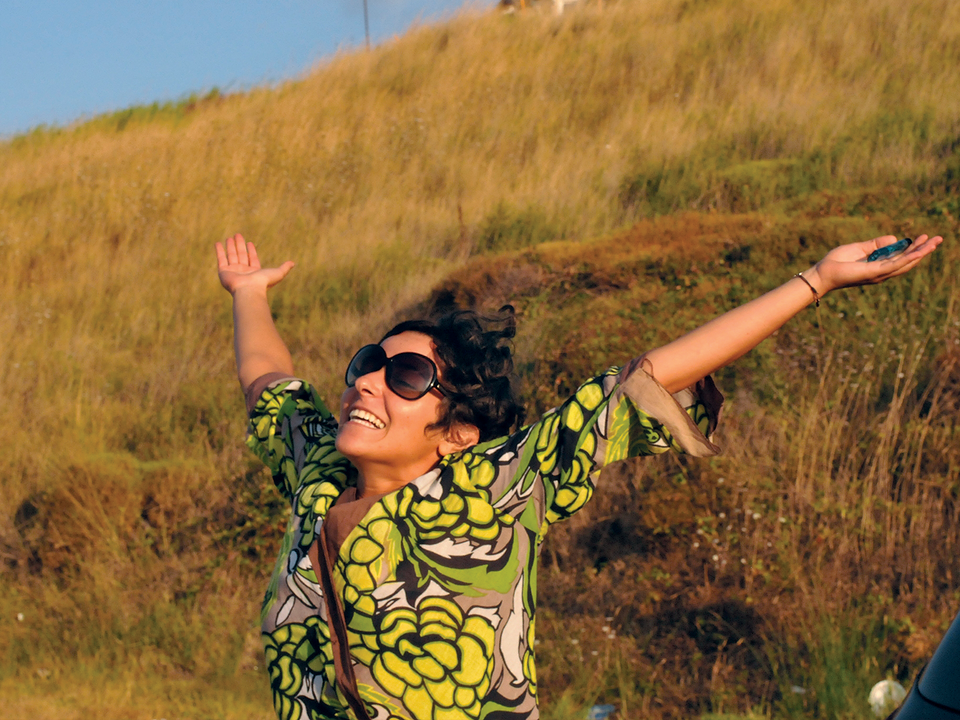 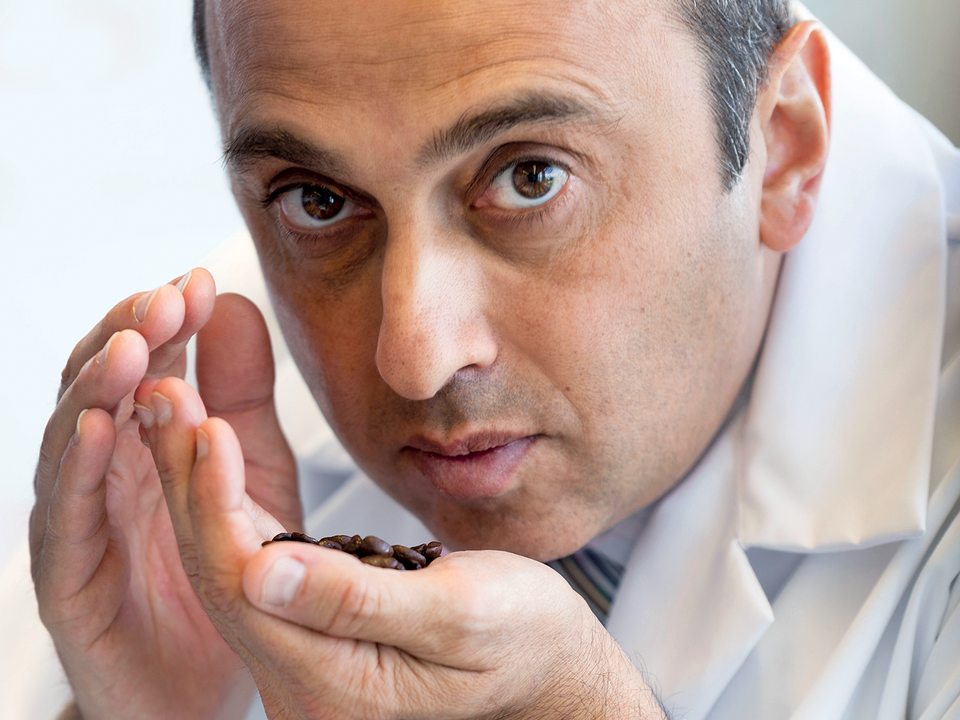 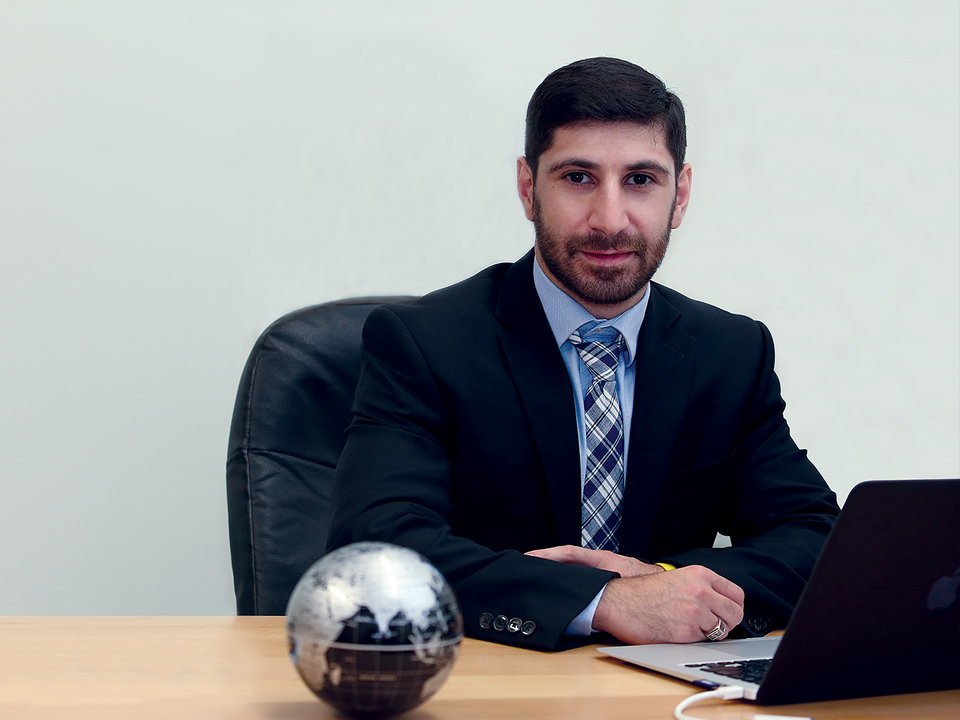 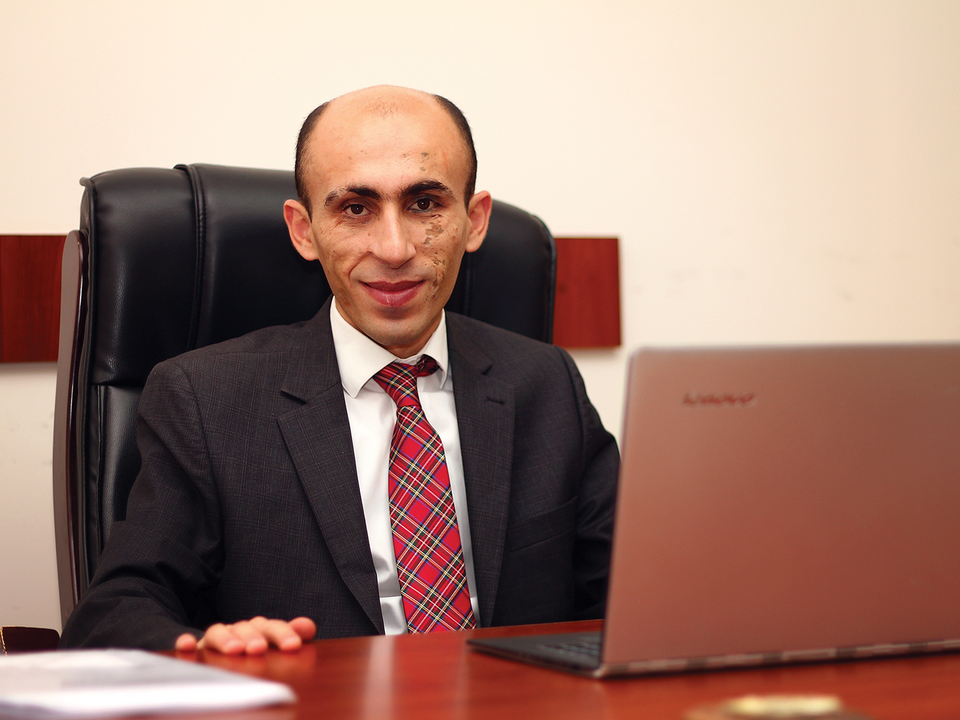 How Artak Beglaryan came to find strength in blindness
END_OF_DOCUMENT_TOKEN_TO_BE_REPLACED 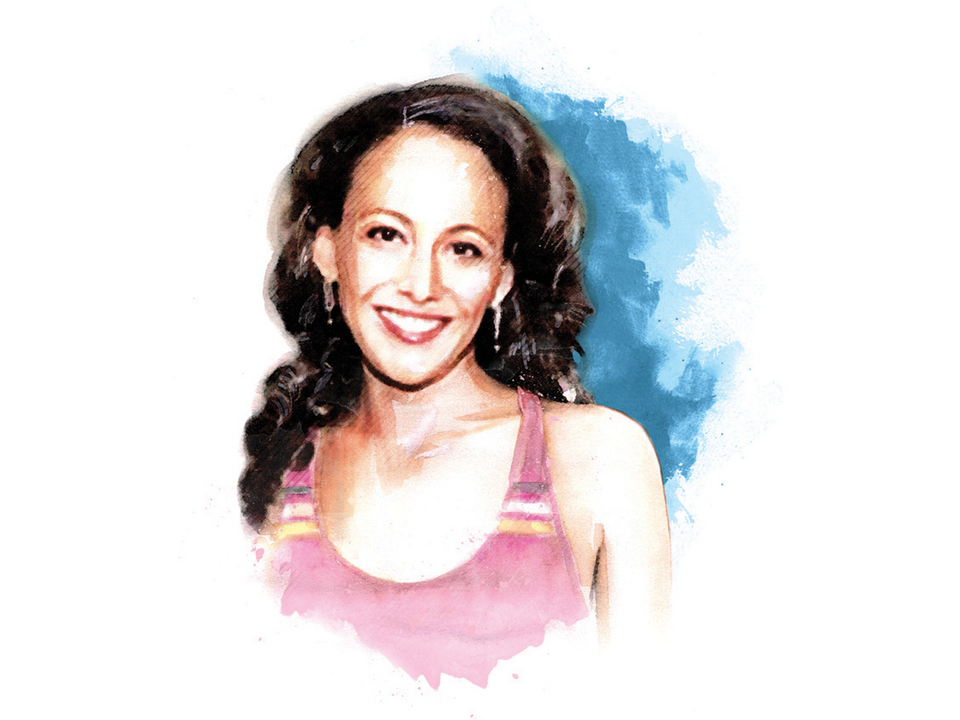 For Sarah Partin, volunteering is part of the Camp Nubar tradition
END_OF_DOCUMENT_TOKEN_TO_BE_REPLACED 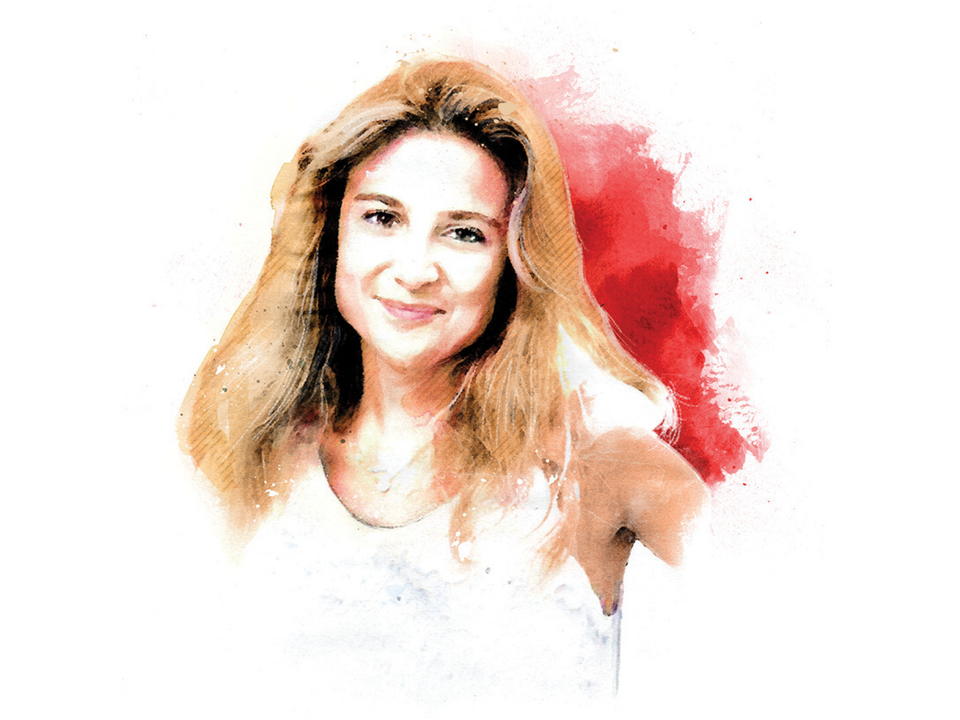 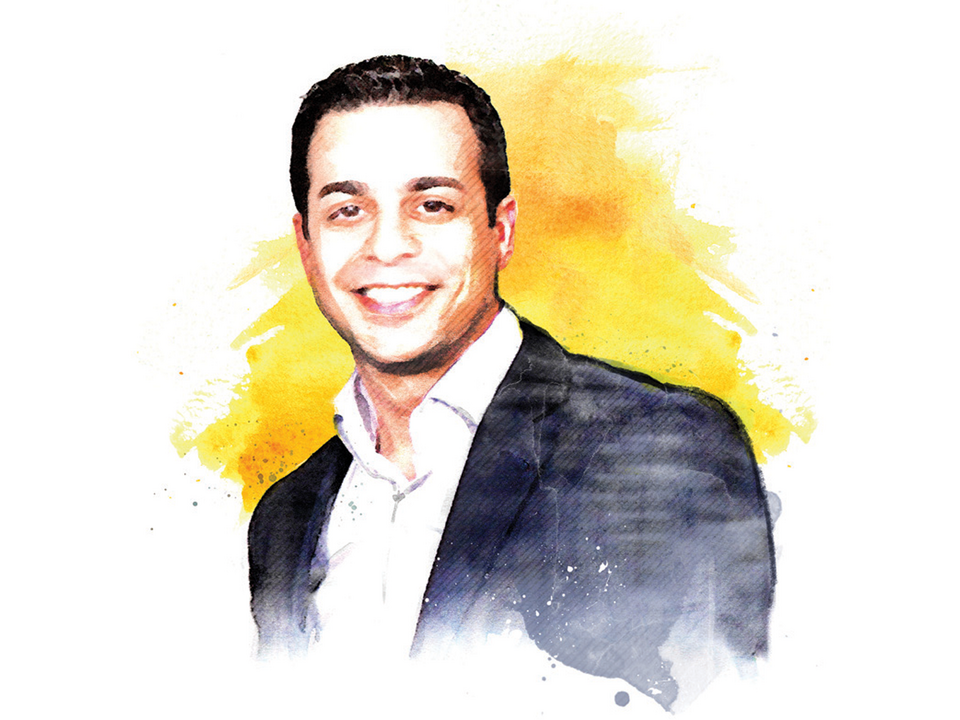