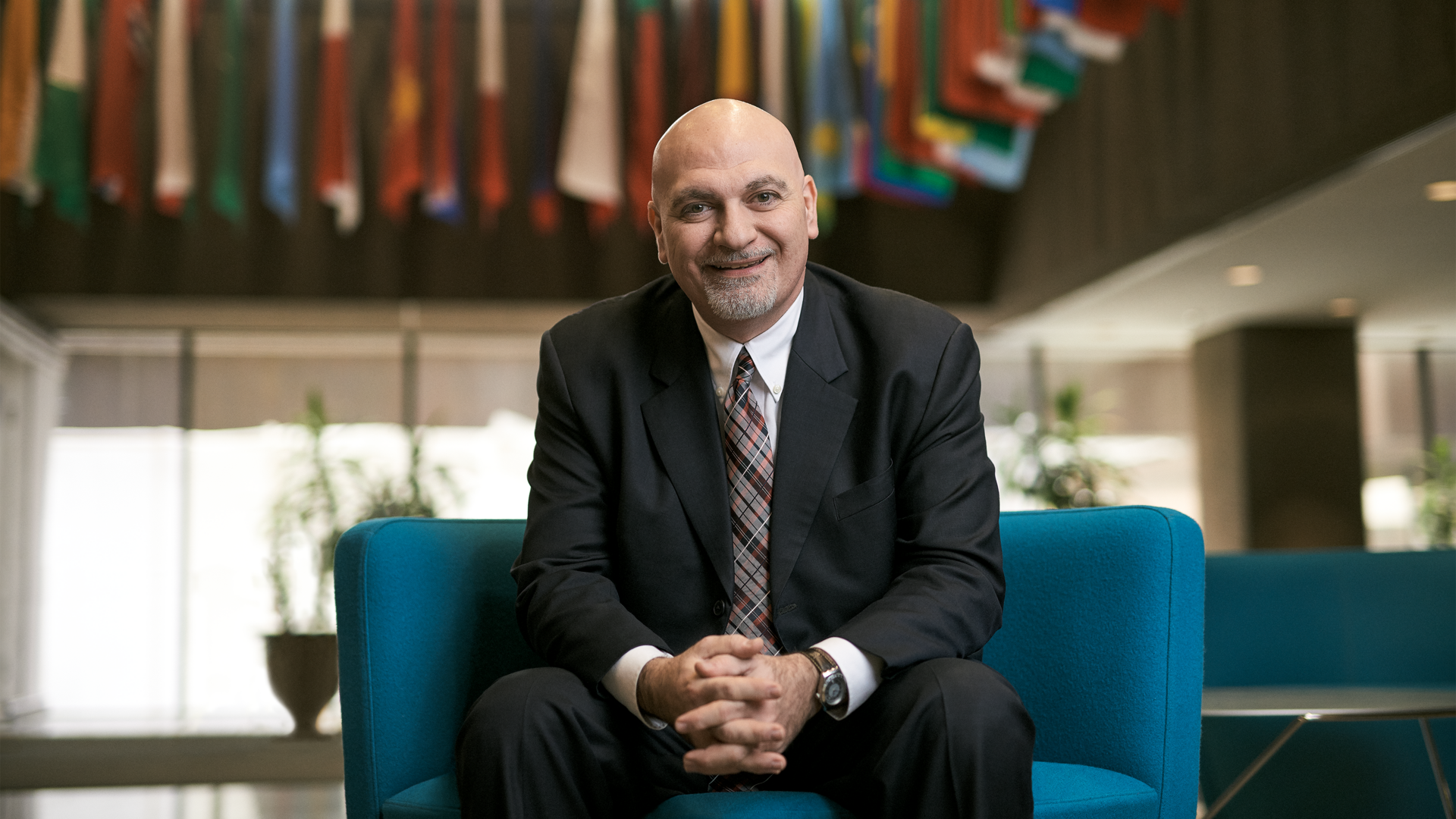 
In the eyes of the world, Canada occupies a most enviable position. Consistently ranked near the top of the U.N.’s quality of life index, admired globally for its welcoming and tolerant values, the world’s second largest country is also home to just 37 million people. The flipside of having to govern such a relatively small population, however, is that its economy depends upon successful immigration and diversification of trade, three-quarters of which stem from the United States alone. Effectively navigating this dual challenge requires a deft hand and no small amount of vision. Fortunately for the Canadian government, the two skills come naturally to Jean-Philippe Tachdjian.

A strategic thinker with an action-oriented management style, the veteran diplomat thrives on tackling thorny policy issues to help Canada improve its standing both at home and abroad. “I like to think we have opportunity to effect change,” says Tachdjian. “Government is a huge machine where sometimes it can feel as if you are not important, but there are opportunities for people who work hard to enact real change.”

With previous postings as Cultural Attaché at the Embassy of Canada in Cairo (Egypt) and as Commercial Counsellor and Senior Trade Commissioner at the Embassies of Canada in Washington D.C. (USA) and in Amman (Jordan), where he was responsible for Jordan, Lebanon, Iraq and Syria, Tachdjian is equally adept at solving problems and advancing Canada’s interests abroad in a variety of portfolios.

As the head of Edu-Canada, he was responsible for promoting Canada as a study destination for international students. Under his leadership, the number of international students studying at Canada’s universities, colleges and schools rose from 140,000 to 285,000. The number has steadily climbed since, and has reached 494,000 in 2017 (surpassing the country’s goal of 450,000 by 2020). He crafted Canada’s first international education strategy, including the development of the first Education brand for Canada. Conscious of Canada’s need for a dynamic and highly-skilled workforce, Tachdjian also revamped the program with an eye toward attracting and retaining these ideal candidates for immigration. He helped create an innovative three year post-graduate work permit, allowing foreign graduates to gain valuable work experience anywhere in the country without the requirement of a job offer. The program opened a pathway to permanent residency for highly trained young professionals to settle in Canada and contribute to the country’s economy. “I was very proud because the program attracted many very skilled immigrants to Canada, and those that returned home brought back Canadian values.”

Government is a huge machine where sometimes it can feel as if you are not important, but there are opportunities for people who work hard to enact real change.

Whether serving Canada’s foreign policy at home or during a foreign posting, the principled and politically savvy public servant brings a high degree of cultural awareness to his work. Born to an Armenian father and Lebanese mother in one of Canada’s most multicultural cities, Montreal, he attended AGBU’s Alex Manoogian school speaking Armenian, English and French. Inspired by his father Souren’s career as a public servant for the City of Montreal, Tachdjian also inherited a strong sense of service and devotion. “He would always tell us you have to give back to the community, you can’t just take,” remembers Tachdjian.

Just as his grandfather Hovhannes did in Alexandria (Egypt) and his father Souren did in Montreal, today Tachdjian actively serves on the Parish council of Saint Mesrob Armenian Church in Ottawa. The church is not only a sanctuary from the demands of a high-profile diplomat, but an important outlet for his family to celebrate their Armenian identity. Together, with his wife Aline and daughters Shatine and Dècile, as well as his son Lodas (who assists Tachdjian prepare the altar before each Divine Liturgy), their faith helps the family cope with the burden of continually being uprooted, changing schools and making new friends. “It hasn’t been easy but I am blessed to have a supportive wife and children who are resilient,” says Tachdjian appreciatively. “And the benefit is that they are really open to the world and to experiencing other cultures, having lived in different countries and travelled to 25 others, including Armenia where my two daughters recently visited again on their own as part of AGBU’s Discover Armenia program.”

The life of a career diplomat has also renewed Tachdjian’s appreciation for his own cultural history. “For every diplomatic cocktail reception, there are moments like when I worked with Yazidee refugees in Northern Iraq fleeing the forces of ISIS, which reminded me of what my grandfather endured in 1915. Seeing such brutality makes me so proud of being Canadian and of being able to serve as a representative of Canada to the world.”

As he continues to successfully help define and implement Canada’s foreign policy—wherever his career may take him next—it is clear the country is already better off as a result of his service. In return, Canada owes Jean-Philippe Tachdjian a debt of gratitude.

Prof. Vania Apkarian is at the forefront of brain research to alleviate pain related suffering
END_OF_DOCUMENT_TOKEN_TO_BE_REPLACED

Vahe Ekmekjian is a one-man masterclass in Alumni Relations
END_OF_DOCUMENT_TOKEN_TO_BE_REPLACED

How the scouting way of life shaped Kevork Atamian
END_OF_DOCUMENT_TOKEN_TO_BE_REPLACED