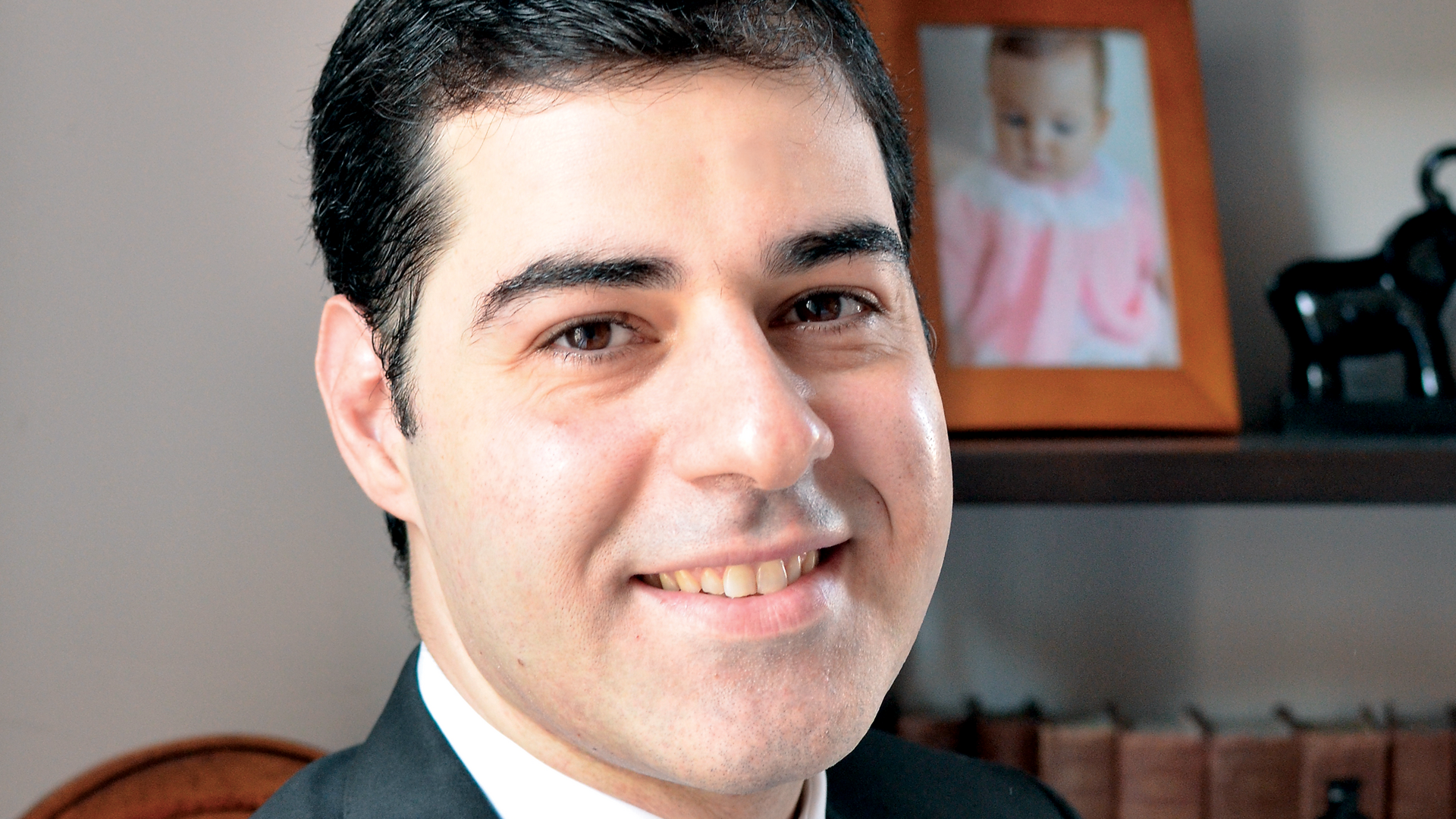 
Ari Libarikian’s expertise and counsel is in high demand among the heads of the world’s largest insurers. He is as passionate about solving problems, as he is articulate in conveying them. “I get a kick out of taking on a very difficult problem and solving it,” says Libarikian, who advises insurers on growth, business-performance improvement, operations and technology at the leading multinational management consulting firm McKinsey and Company. Based in New York City, he heads the northeast division of McKinsey’s global business technology practice and the firm’s global insurance analytics practice. He is also a member of the committee that recommends new partner elects.

Born in Athens, Greece to Armenian parents from Lebanon, Libarikian has traveled extensively. His father’s career as an executive at Kodak took the family from Beirut to Athens to Dubai to Cairo while his later education would expand his geographic boundaries even further across the Atlantic to North America.

His early affinity for engineering led him to Montreal, Canada where he completed his undergraduate degree with honors in electrical engineering at McGill University, graduating as valedictorian of his class. That early academic success earned him a place at another of the most prestigious schools in the world—Massachusetts Institute of Technology (MIT). After obtaining his graduate degree in engineering he was accepted to the PhD program at MIT, but Libarikian says at that stage in his life, he was too eager to put his knowledge into practice.

The word “impact” crops up quite often in our conversation, as Libarikian describes his interests, convictions and drive. “By the time I graduated I realized the scope of impact I can create at a place like McKinsey is much bigger than if I were to pursue the engineering path,” he shared in retrospect.

In a span of a year he works on a variety of projects ranging from strategy development to organizational redesign across industries, interacting with people with unique experiences from every region of the globe. “To me it really has been a fascinating experience, particularly to be able to have gained such a breadth of experience so quickly,” says Libarikian.

As a senior partner at McKinsey for the past three years, Libarikian has also enjoyed the opportunity to make an impact on his colleagues’ professional development by helping them determine their next career step. He advises young professionals to follow three steps to a successful and fulfilling career. First, he recommends choosing a role early in your career that is going to maximize your professional development. “Compensation and location are important, but in the early years of your career you are making an investment in yourself and in your future—pick something that will help you develop,” says Libarikian. Then work with inspirational colleagues he counsels. “That will give you a lot of energy and you will accomplish so much more.” And third, focus on a field that is best suited to your skills and your conscience. “Find something that lies at the intersection of your passion and skills.”

In the early years of your career you are making an investment in yourself and in your future—pick something that will help you develop.

So what drives this energetic, punctual, meticulous, problem-solving family man? Despite his multicultural exposure and far-reaching travels the core of his upbringing is rooted in his Armenian heritage. “If you take the Armenian out of me, there is nothing there. I am an Armenian through and through,” says Libarikian. Not a day goes by where his heritage doesn’t connect him with someone new.

Indeed he says some of the strongest connections he made occurred in 1999 during the AGBU New York Summer Internship Program (NYSIP), where he bonded with thirty other young Armenians with diverse backgrounds from various corners of the world. “It allowed me to build a global network of really close friends. Till this day some of my best friends are Armenians I met during my AGBU internship program,” he points out. “In the evenings everybody got together, shared their life and work experiences, and built bonds for life.”

Part of that Armenian upbringing included his family’s close involvement with AGBU. His mother, Sylva, is a prominent leader in the AGBU community, serving as the chairperson of AGBU Lebanon Education Committee (2008-2015) and more recently as the secretary of AGBU Lebanon District Committee. Libarikian’s father Levon was also active in AGBU, playing basketball with the Antranik team in Lebanon from 1964-1972.

Along with his wife Luba, Libarikian has continued that established tradition by financially supporting AGBU schools in Lebanon. “We do this because we want to be as helpful as possible to the Armenian community in Lebanon,” he shared. “We recognize the impact of the Syrian crisis on both the many families in the region and the school system, and would like to help the school as much as possible during this time of great need.  We hope, ultimately, that our donations will help many children get a quality education that will form the basis for a happy and successful life, and provide a degree of relief to their families along the way.”

Growing up in an Armenian household, the conversation naturally gravitated toward Armenia and the importance of maintaining the Armenian identity. The set of values rooted in his Armenian culture served as the touchstone of his life, guiding him in the way he makes decisions and thinks of his own family. “It is now that I have come to appreciate the full impact of it.” Together with his wife, the couple is now passing on that heritage to their children.

Dr. Berdj Kiladjian inspires change through a spirit of service and leadership
END_OF_DOCUMENT_TOKEN_TO_BE_REPLACED

The Insider talks with the incoming Alex Manoogian Chair in Modern Armenian History at the University of Michigan, Hakem Al-Rustom
END_OF_DOCUMENT_TOKEN_TO_BE_REPLACED

Stepan Khzrtian cultivates a culture of negotiation in Armenia
END_OF_DOCUMENT_TOKEN_TO_BE_REPLACED