As the dizzying whirlwind of events that is the New York Spring Art Fair season swirls around her, contemporary art advisor Aileen Agopian remains un-ruffled and indefatigable. Casting her discerning eye across this annual nexus of global art and commerce, Agopian has already logged dozens of miles shepherding celebrity collectors to the work of artists both ascending and acclaimed, negotiating significant private transactions between dealers and clients, and shuttling them in taxis, on foot, and by ferry, among tiny studios, prominent galleries, marquee auction houses and art fairs.

During these same weeks, Agopian squeezed in giving a talk at Christie’s auction house for her daughter’s school group; wielded her persuasive auctioneer’s gavel to raise $3 million dollars for Barnard College; and avidly escorted different collectors through two art fairs to purchase works of art by established and younger artists.

A calendar-exploding sprint of this intensity would test the mettle of the most practiced art-world ninja, but the warm and ebullient Agopian describes it as an invigorating journey.

“I intrinsically love everything about contemporary art—seeing it, talking about it, collecting it personally, advising clients to buy it, being around it, and ideally, cultivating that appreciation in others. The passion comes first, the profit is second.”

Listening to Agopian speak with depth and assurance about contemporary art, it is difficult to envision her growing up in a small town in Indiana. But the seeds of her accomplishments in the top echelons of the global art world were planted in that Midwestern soil, carefully nurtured by her parents Raffy and Vicki Shoghag Hovanessian. Agopian’s parents made a quest of contrasting the bucolic setting of their hometown with the sophisticated world of art, bringing young Aileen and her siblings to neighboring Chicago for weekend cultural outings.

“I have a vivid early memory of standing in front of George Seurat’s ‘Sunday at La Grand Jatte,’” Agopian recalls. “It was the prized icon of the Art Institute of Chicago, and I remember being utterly amazed that when you stepped close to it, all you could see were dots on a canvas. Then you stepped back and the whole incredibly complex scene unfolded. That blew me away.”

“My parents would walk us through what would now be called the ‘contemporary galleries,’” Agopian recounts. “They showed us that art wasn’t just landscapes and figures. It could be these enormous canvases that envelope you in pure color and composition.”

While collecting art in the ’80s and ’90s, Agopian’s parents became auto-didacts, studying books, visiting art fairs and galleries around the world, getting involved with the Chicago art museums, and subscribing to contemporary art magazines. Along with iconic names like Andy Warhol, artworks by Willem de Kooning and Jean Dubuffet made their way into the family home, along with relatively unknown artists at the time, such as Jean-Michel Basquiat and George Condo. To young Aileen, their collection was inspiring. At first, she thought she might take up painting herself, but at age 12, by her own sardonic description, she felt like a “washed-up artist.” But inspired by her grandfathers, Sissag Varjabedian and Arakel Hovanessian, both survivors of the Armenian Genocide, who exemplified that anything was possible, she was determined to find another outlet for her passion.

“My grandfathers would say, ‘we didn’t survive just to walk through life’,” she recalls. “You must strive to be your best—and education will always propel you forward.”

“It was 1996—my mom came to visit and said she’d seen paintings by this new artist Damien Hirst. She arranged for us to visit his studio along with the director of his gallery, Daniela Gareh. I’d been in artists’ studios before, but when we walked in, we were surrounded by gigantic, colorful paintings, and here was this mad genius up on a ladder, pouring cans of glossy household paint directly onto a huge circular canvas on a rotating mechanism, splattering it everywhere,” recalls Agopian. “He was like a child approaching the work with wild abandon, and I was totally transfixed.”

I intrinsically love everything about contemporary art—seeing it, talking about it, collecting it personally, advising clients to buy it, being around it, and ideally, cultivating that appreciation in others. The passion comes first, the profit is second.

Aileen began peppering the artist and the dealer with questions, and within the course of their colorful and deep conversation, Gareh turned to the avid 22 year old graduate student and invited her to intern for her and Jay Jopling at their small gallery. Though barely known at the time, White Cube would, over the next few years, emerge as the pioneer of a new movement known as the YBA (Young British Artists). Along with powerhouse Hirst, White Cube eventually introduced artists Tracey Emin, Marc Quinn, Gary Hume, and many others.

Agopian’s internship at White Cube led to her working there for five years as their director of sales. There she cultivated the professional attributes that serve her to this day—a trustworthy advisor with an impeccable eye, strategically guiding clients to build collections of legacy and lasting value. After five years in London, New York literally called out to her. She was invited by Phillips, then a small auction house, to help establish their new department of contemporary art. In the vast arena of New York, Agopian’s unique combination of persuasive powers and deep knowledge of contemporary and post-80s art, began to convince private clients, foundations, and museums alike to choose Phillips over the more established Christie’s and Sotheby’s. In her 10 years there, Agopian also forged a reputation as a stellar auctioneer, a singularly pioneering accomplishment for a woman.

“At the time, working for the underdog at Phillips and the cutting-edge, small gallery like White Cube, I didn’t fear the word ‘no.’ I couldn’t fear reaching out to clients to convince them to part with their contemporary treasures or to buy a masterpiece. I knew that if you didn’t ask, you’d never reap the reward. In a way, I am really fortunate being an Armenian in this position. I’ve really thought about this a lot, because Armenians have had to be fierce survivors in the face of all odds, and many of us do love the art of the negotiation.

As Phillip’s Director of Contemporary Art, Agopian sold the works of giants such as de Kooning and Lichtenstein and also strove to introduce younger artists to collectors early on, such as Mark Grotjahn and Jonas Wood in the early 2000s. Persuading trophy-hunter collectors to consider new artists requires a passionate champion, and Agopian shines in her ability to convey the merits she recognizes, often spotting a rising star long before others.

“For me it’s a combination of intuition and educating the eyes and mind; from pounding the pavement and going to every gallery show, artist’s studio, museum shows, and far-flung art fairs that I can,” she explains. “The more you educate yourself, the better decisions you make. I’ve come to understand what moves me. Sometimes it’s rooted in art history, but sometimes you walk into a show, see a small drawing, and just think, “Wow, this artist is magic!’ It’s not like math, where x plus y equals success.

Previous to her early exposure to art in Chicago and before her success in London, Agopian furthered her art education during her AGBU internship, spending a summer in New York working part-time at the prestigious Leo Castelli Gallery, and part-time at City Hall for the Office of Public Art. That summer, as an AGBU intern, was pivotal in both the professional and the personal sense.

“Leo Castelli is considered a guru in the contemporary art world, so I was in the presence of one of my idols. I worked every different position at the gallery, from front-desk greeter to meeting Ed Ruscha, who was exhibiting with us. Thanks to AGBU, I was hooked.”

Following her considerable success at Phillips, Agopian added one more iconic name to her resume. She transitioned to Sotheby’s, viewing it as an Everest-like conquest she could not resist.

“When I started out at Phillips, I was putting auctions together with artwork that could range in price up to $5-10 million. While at Sotheby’s, I could sell a painting that was valued at $50 million,” Agopian observed. “Working at that level is demanding yet exhilarating; a phenomenal experience.”

Agopian with Alec Baldwin at the ARTWALK NY charity auction. She has been the event’s auctioneer for the past eight years. Photo by Joe Schildhorn/BFA.com

As senior VP of Sotheby’s International Sales of Contemporary Art, Agopian continued to reach new heights. While simultaneously working on the contemporary New York and London auctions, she also led a worldwide sales team out of Sotheby’s newly-established Doha, Qatar office, where she established the highest total ever achieved for any contemporary art auction taking place in the Middle East.

Back in New York, she negotiated the jaw-dropping sale of one of Warhol’s famous Elizabeth Taylor works, “Liz #3” for $31.5 million in Sotheby’s November 2014 auctions to a circle of major private contemporary art collectors considered to have one of the best collections in the world. They proudly shared with Agopian that Warhol’s “Liz #3” became the catalyst for the donation of their art collection valued at more than $400 million a few months later in 2015 to the institution at which Agopian’s earliest cherished art memories were formed—The Art Institute of Chicago. “That was a crescendo of sorts for me,” Agopian states modestly. “With that transaction, I knew I was ready to go out on my own.”

The firm she founded and commands today, Agopian Inc., is described on its website as a “bespoke” advisory, conjuring images of a cozy, intimate, atelier. It belies the powerhouse place Agopian now occupies in the heady international contemporary art world, as she advises a cadre of clients from corporate monoliths to a virtual who’s who of private collectors on every continent. The transactional nature of the business of art recedes behind the joy and satisfaction of pairing artist and collector.

The timeless, near-mystical reverence for art endowed to her by her family is now being passed lovingly by Agopian and her husband to a new generation, as her own children accompany her across the art landscape, wherever her work takes her. “When I come home from work, my son asks, ‘Mom, what did you see? What did you sell today?’ My daughter wants to go through the artworks I’m reviewing and say, ‘I like this one better than that one. What are you going to show the clients?’”

“Art lovers and collectors of today are very fortunate, because the art market and the art world are so vast and international. There’s always room to learn, opportunities to see more and expand,” she enthuses. “You can visit an art fair or museum show, turn the corner and, suddenly, you’re standing in front of a piece that takes your breath away, just like the day I saw the Seurat.
The power of art means everyone can have a life-altering moment.”

Banner photo: Agopian at the townhouse of a collector in New York who she helped acquire this 2018 George Condo painting ‘Expanded Profile Composition,’ among others. Photo by Adam Kane Macchia 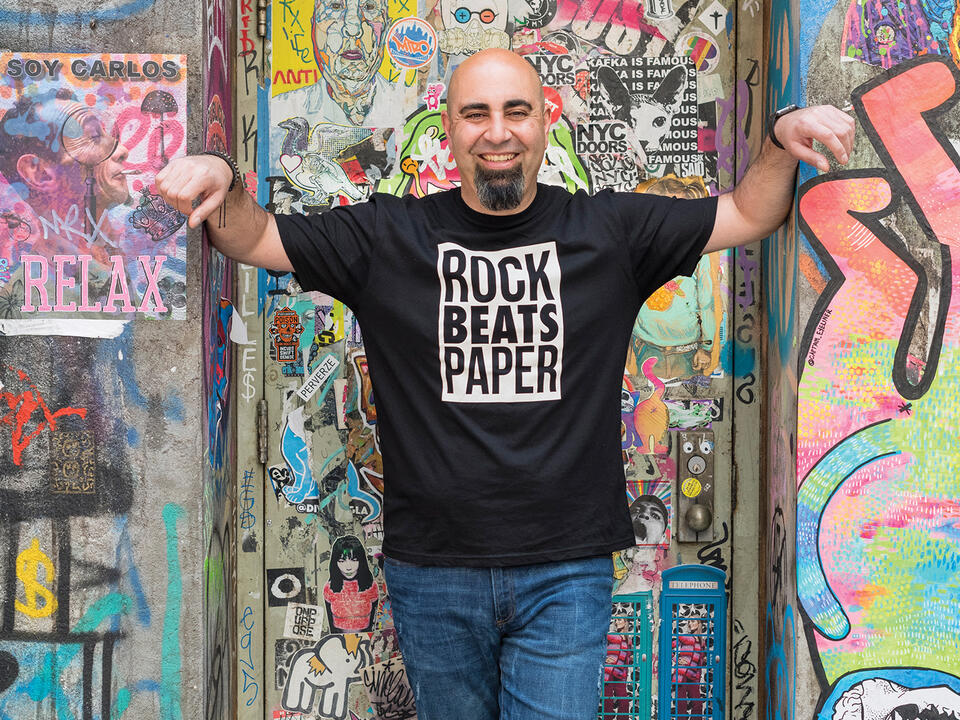 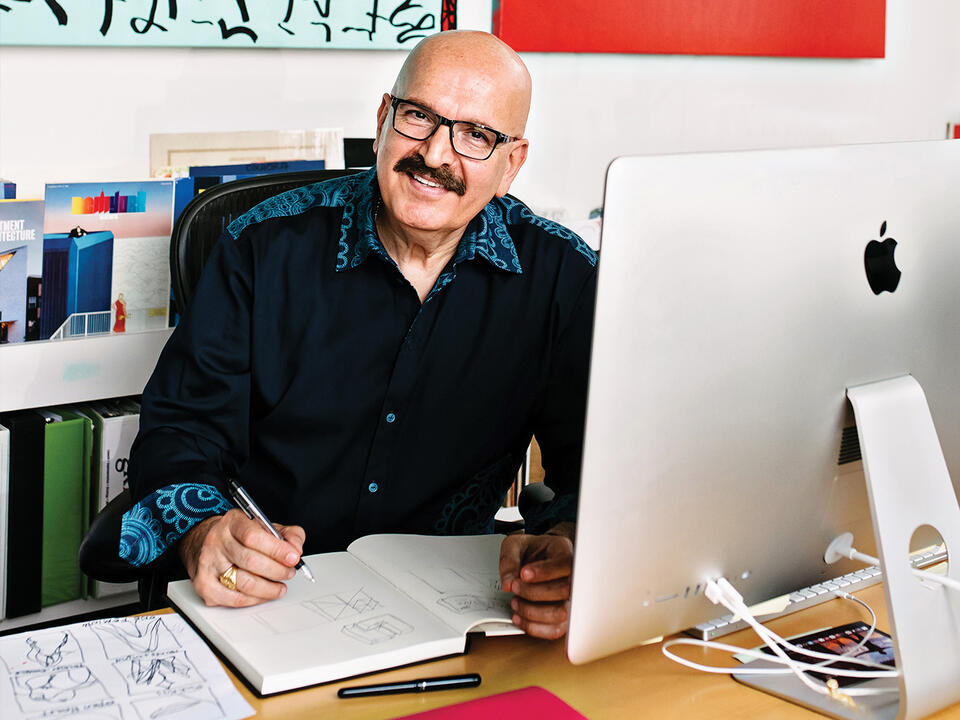 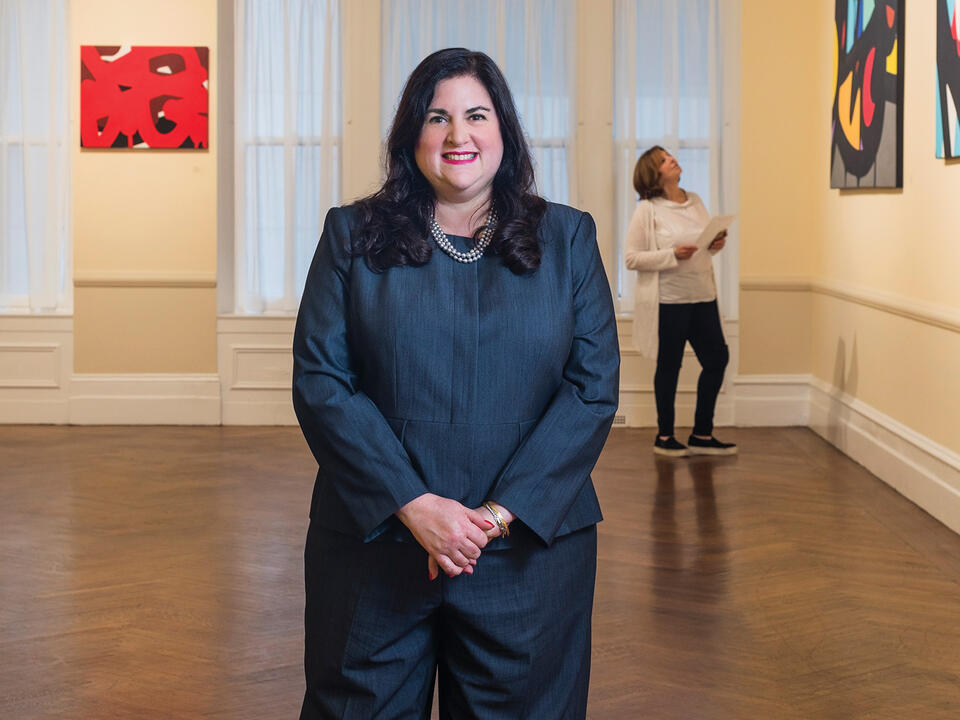 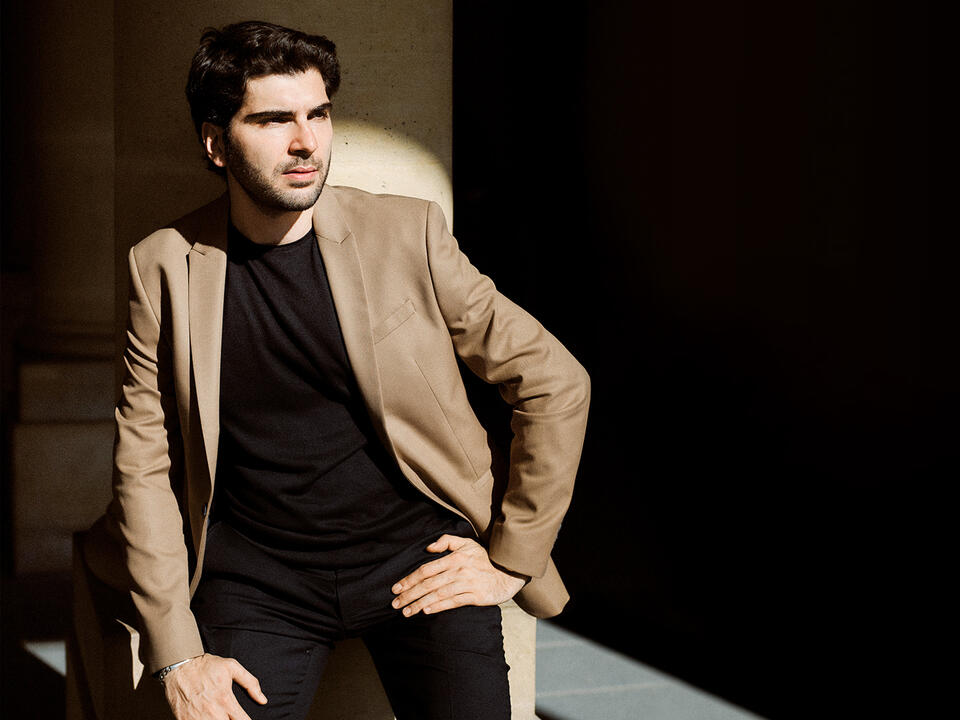 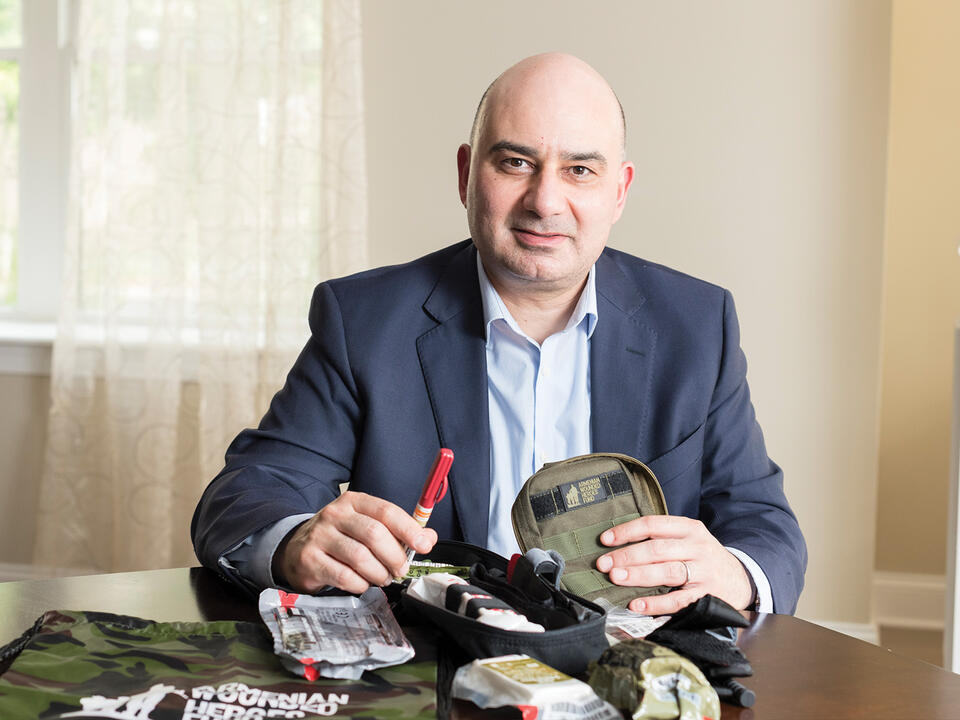 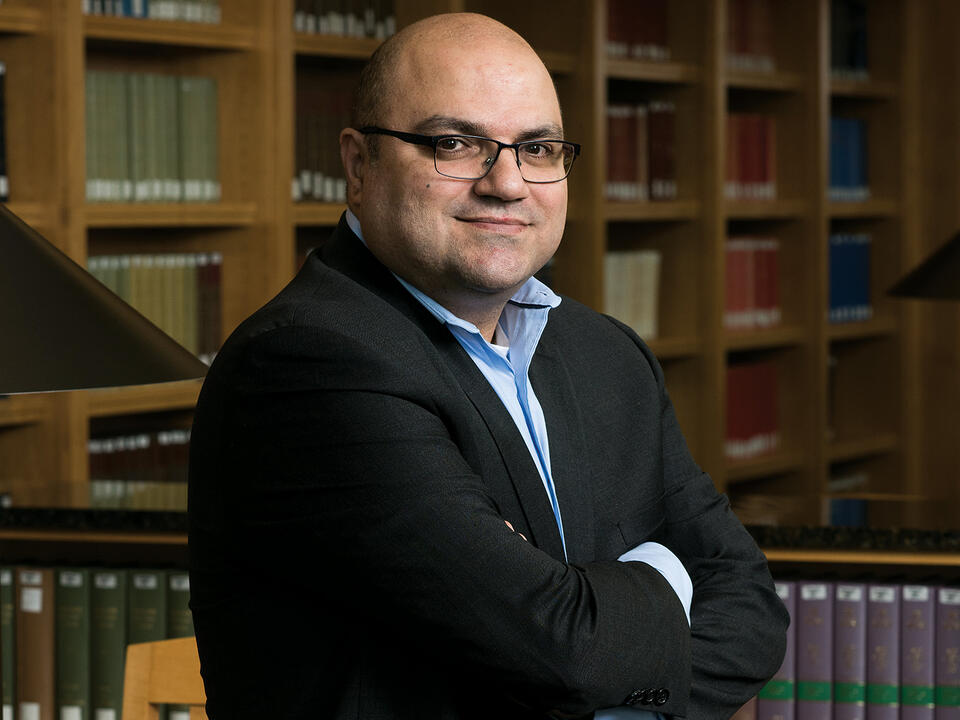 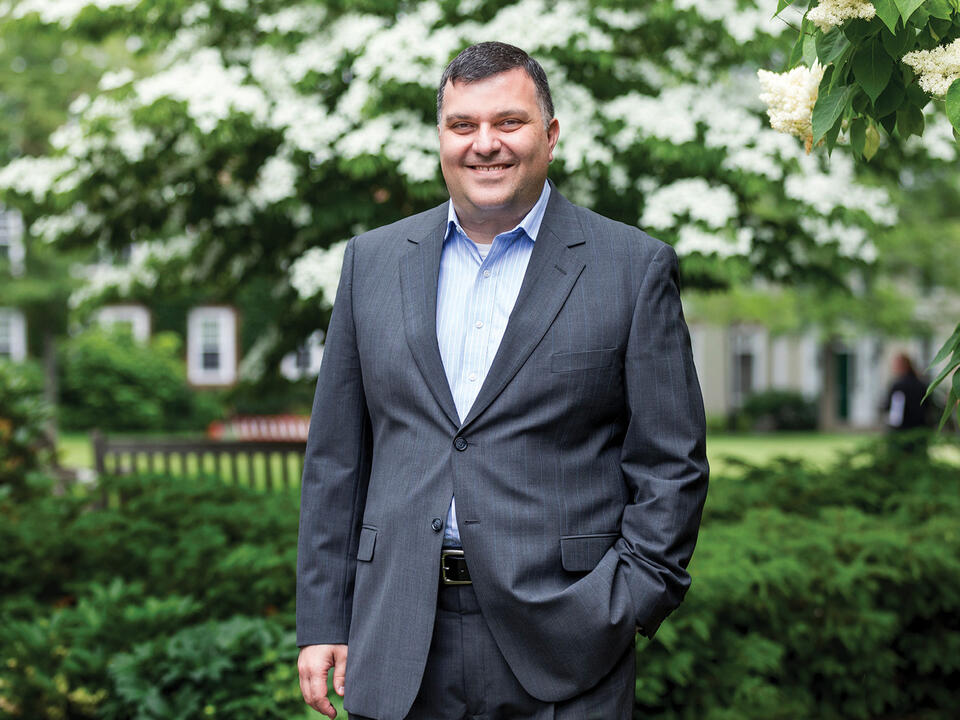 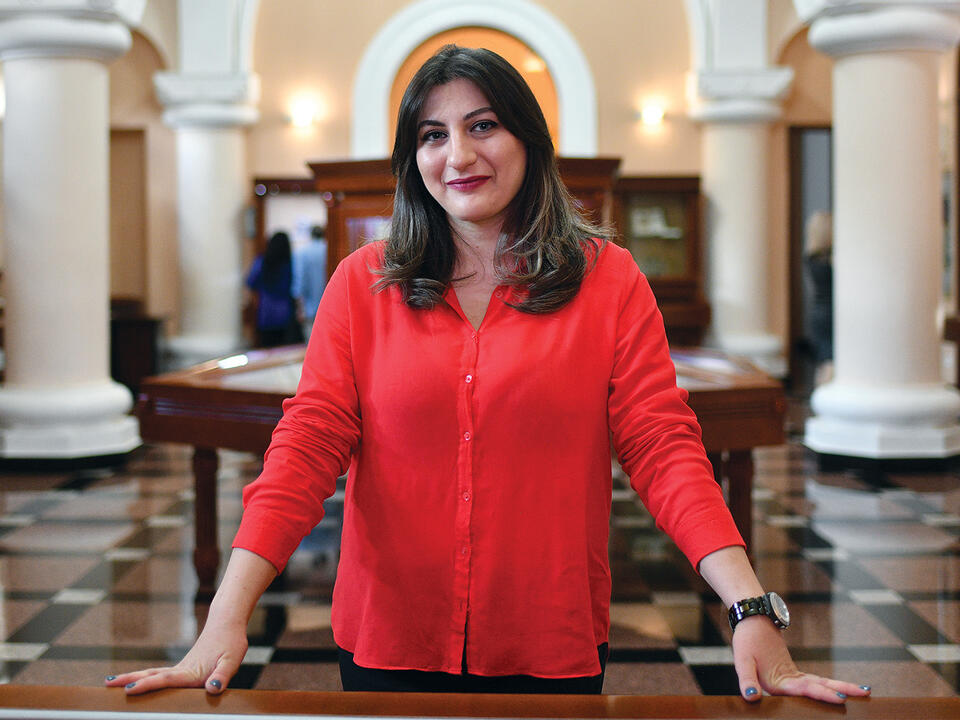 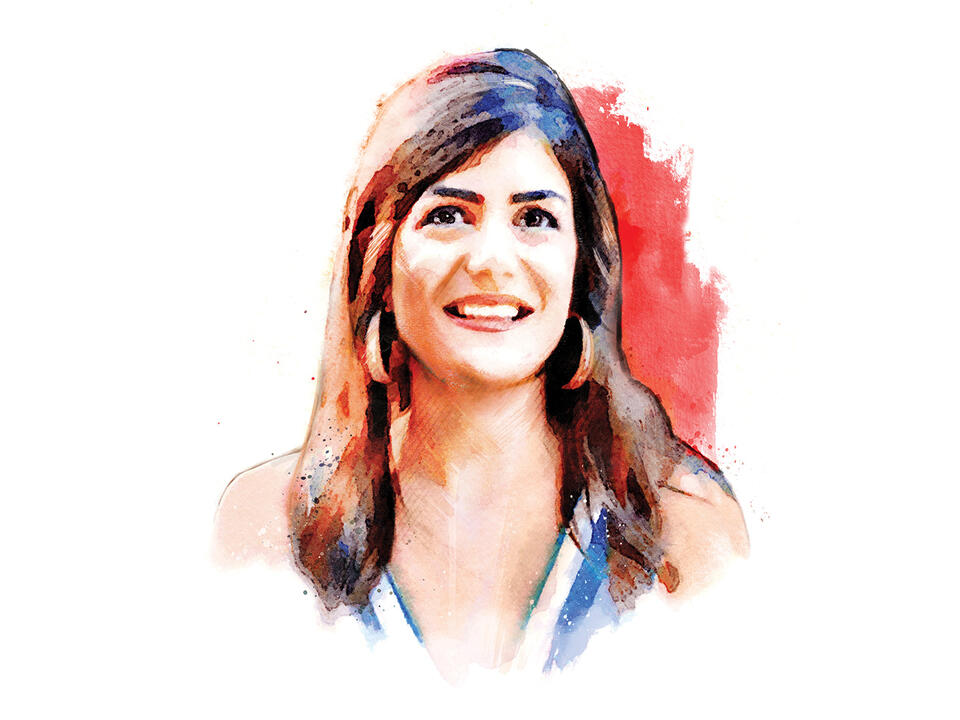 Nathalie Piranian reflects on her involvement through the years
END_OF_DOCUMENT_TOKEN_TO_BE_REPLACED 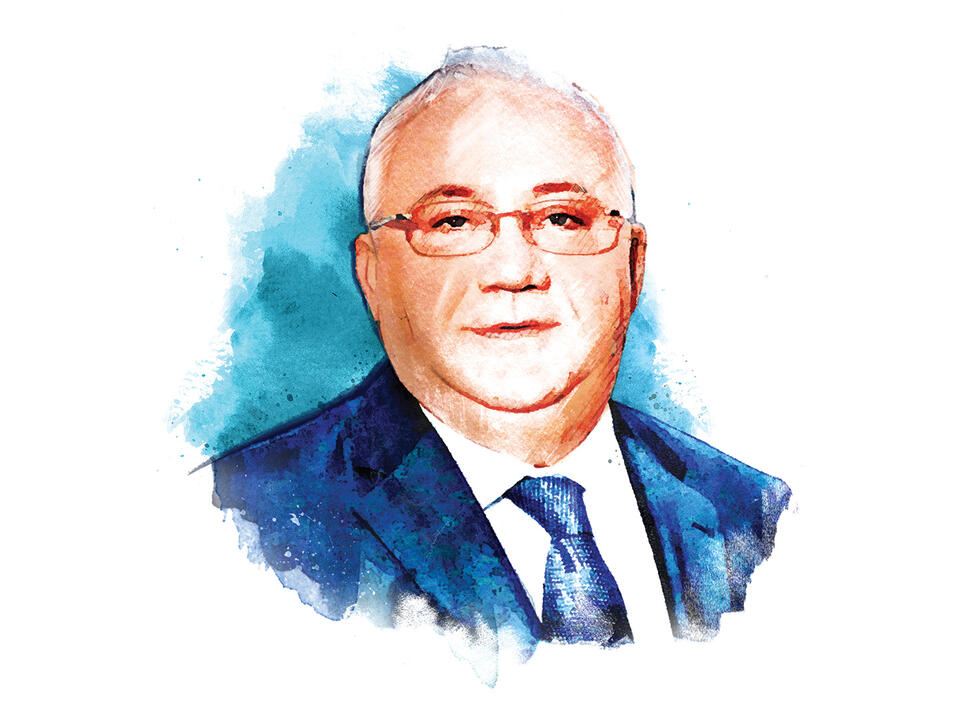 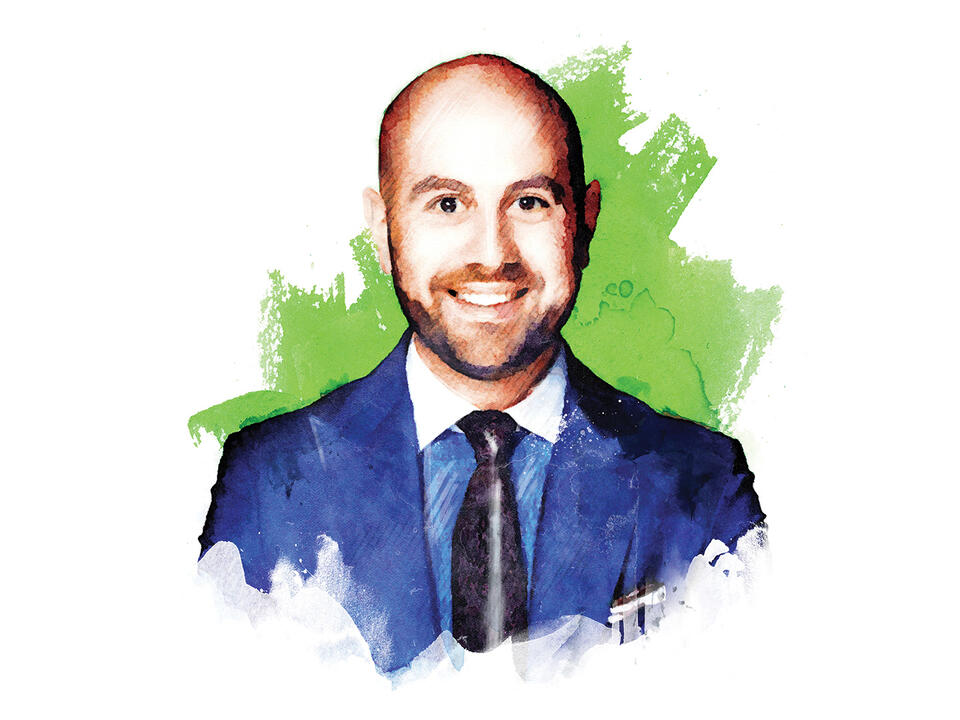