For more than two decades, Armenians in the Republic of Artsakh have been haunted by a hidden danger in the soil of the remote countryside and fertile farmlands. The small landlocked territory is home to the highest per capita incidence of landmine accidents in the world. One out of every 100 families has been affected by either death or injury from landmines and unexploded ordnance. The deadly remnants of war with Azerbaijan have claimed the lives of 78 people and injured hundreds more. One third of the victims have been children.

For families living in rural border villages, the threat of suffering a debilitating injury and death is a harsh reality that is compounded by a limited potential for income as the presence of landmines hinder agricultural and family businesses.

Over the past several years, however, one remarkable organization has helped change that reality. The HALO Trust (HALO) is a UK-based NGO, leading the effort to save lives and rebuild communities threatened by landmines. Currently working in nineteen countries and territories around the world, the HALO Trust is widely respected as a leader in the landmine clearance sector.

Since 2000 HALO has been the sole humanitarian agency in the region safely removing landmines and other unexploded ordnance. It is a particularly challenging environment in which to operate both politically and financially due to the Republic’s disputed status. Minefield maps for the most part are not available, making it difficult for survey teams to capture the extent of landmine contamination. Despite the challenges, however, dedicated staff have to date successfully cleared more than 446 minefields, located and destroyed more than 11,200 landmines and 25,300 cluster munitions and other items of unexploded ordnance. In all, more than 300 square kilometers of land accounting for 90 percent of all the known minefields in the region have been safely cleared.

By revitalizing land ravaged by war, the organization is providing renewed economic opportunity for impoverished communities. As the organization notes on its website, its work has “allowed roads, schools and housing to be built, water pipes to be laid, fields to be cultivated, livestock to be safely grazed and people to go about their daily business without fear.” In so doing, HALO has directly and indirectly improved the lives of more than 125,000 Armenians, providing a critical economic boost to rural Artsakh.

HALO Trust is one of the largest, if not the largest civilian employer in the region, with more than 200 national staff members. The organization prides itself on providing work to those who need it most. Among its workforce, ten percent are women, including widows or daughters of widows without a source of income. The goal is to double that number in the coming year, knowing that by employing these women, HALO is empowering them to support their families and help them secure the future of their communities. “There is no reason for women not to be employed as deminers if they are willing, especially as they make up half of the available population,” says Ash Boddy, HALO’s Regional Director ofr Nagorno Karabakh and Kosovo. “These women have proven themselves to be as motivated, capable, and committed to ridding their country of its mine problem as their male counterparts.”

Working for HALO has been a longstanding dream for Narine, a mother of six children. “I’d always had that wish. But there were no female deminers back then,” she says. “I love my job, and I am extremely grateful for the donors because they’re not just helping our communities, but also providing training and jobs for many local people here.”

Varditer lives in Stepanakert with her 16-year-old son and eight-year-old daughter. When she discovered HALO was recruiting female deminers, she immediately applied. “We couldn't even think that it is possible for a woman to work in that sphere, but because the salary was better than what we were making in the city, we came to the conclusion that if a man can do it, why can't a woman?”

She can now afford to pay for rent and utilities, as well as take care of her children, but it is the responsibility she finds most rewarding. “I just love using the detectors, especially the Minelab,” she says. “I like the feeling of having to focus and search for signals. I think it’s exciting.”

The opportunity to work has also instilled a sense of pride in 24-year-old Varduhi. “I have achieved a lot through this job. I took care of many things, helping my brothers and sisters, and ensuring that our family survived. Now I am free. I go to work and come back on my own. I walk as I please; I go as I please—for myself.”

These courageous women now share a newfound destiny and dignity, providing for their children and family members while helping to restore the livelihood of Artsakh’s rural communities. As a result of their persistent efforts, and with the generous support of partners including USAID and private donors from the global Armenian diaspora and others from around the world, the HALO Trust is well on its way to achieving its landmark goal to make the Republic of Artsakh landmine free by 2020. By removing this deadly legacy of the war, the people of Artsakh will be able to safely embark on a new path of economic growth and development.

For more information about the HALO Trust and how you can donate to the campaign to make NKR landmine-free by 2020, visit www.HALOtrust.org. 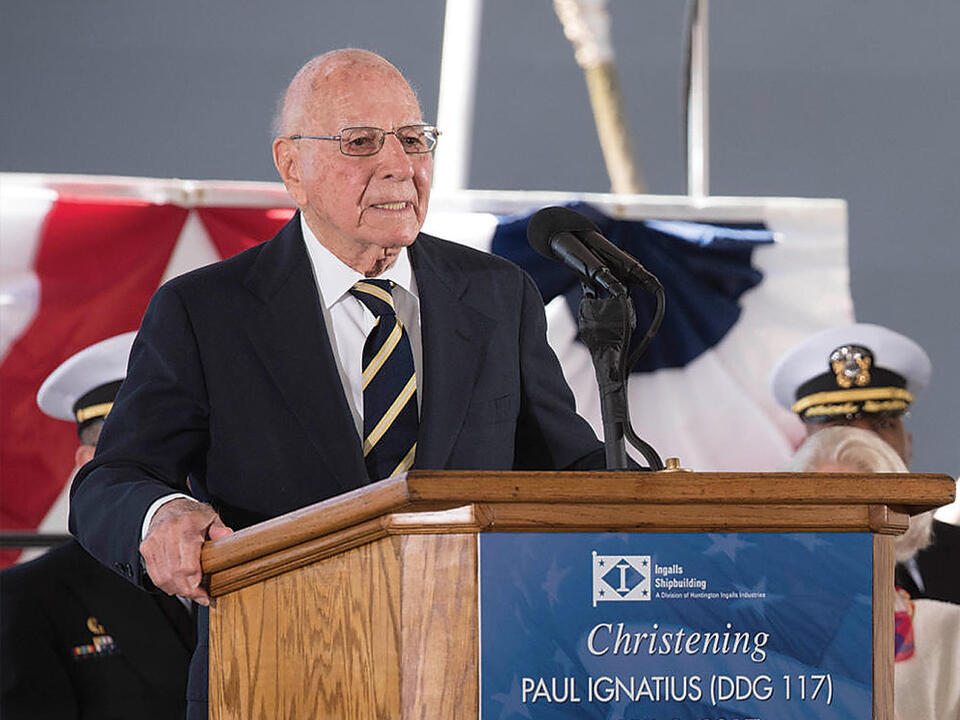 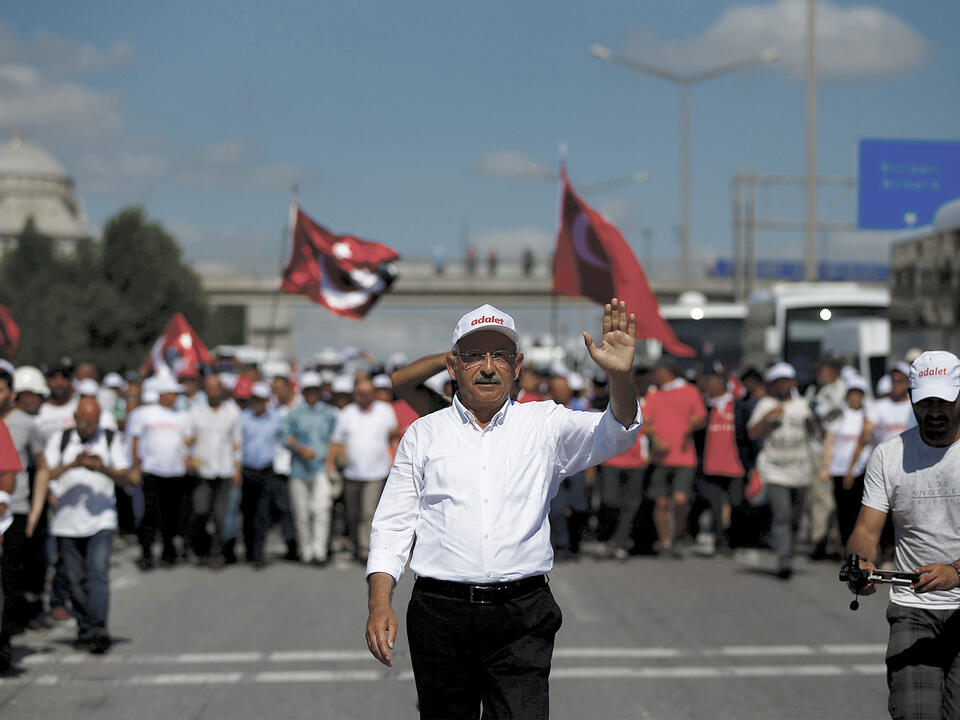 AGBU distributes over $800,000 in scholarships for the 2016-2017 academic year
END_OF_DOCUMENT_TOKEN_TO_BE_REPLACED 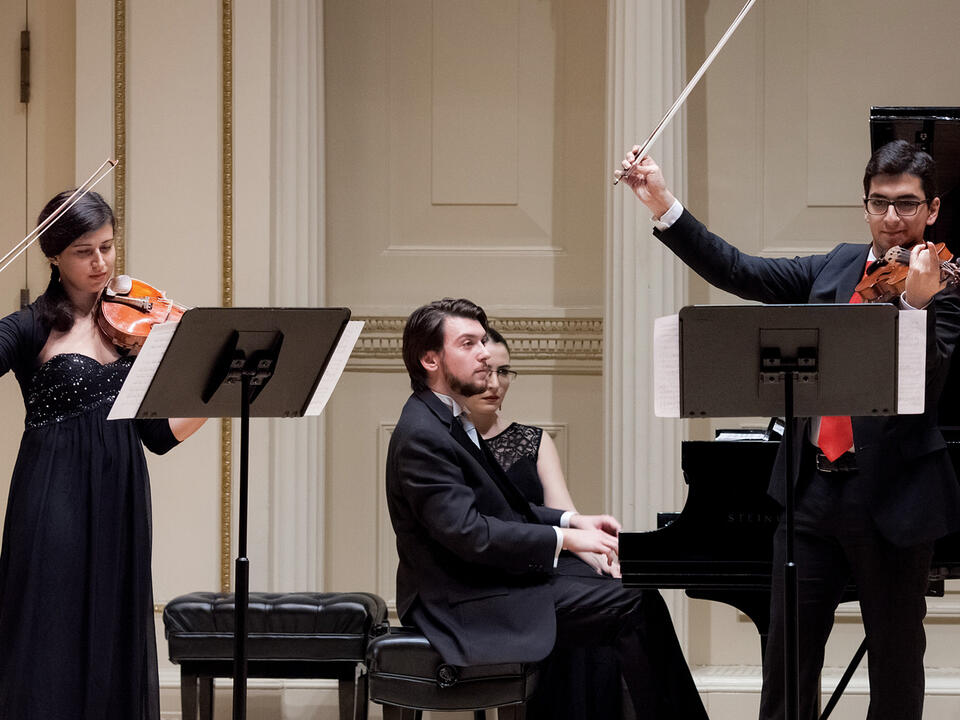 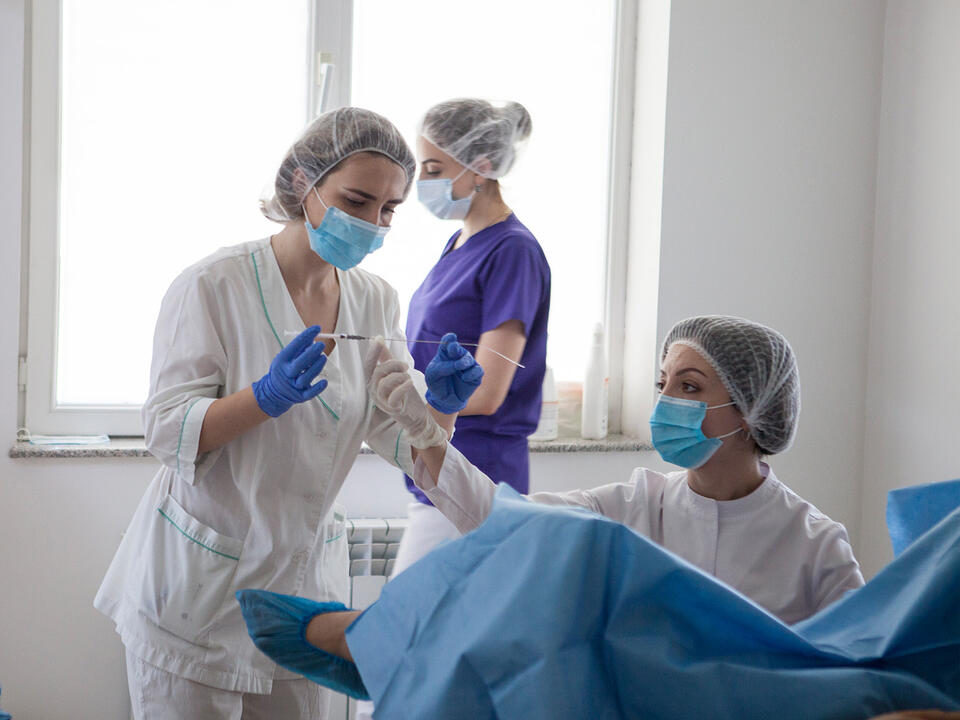 How women leaders are raising the standard in Armenia
END_OF_DOCUMENT_TOKEN_TO_BE_REPLACED

During the Central Board of Directors meeting on July 22, 2017, prominent philanthropist and busines...
END_OF_DOCUMENT_TOKEN_TO_BE_REPLACED 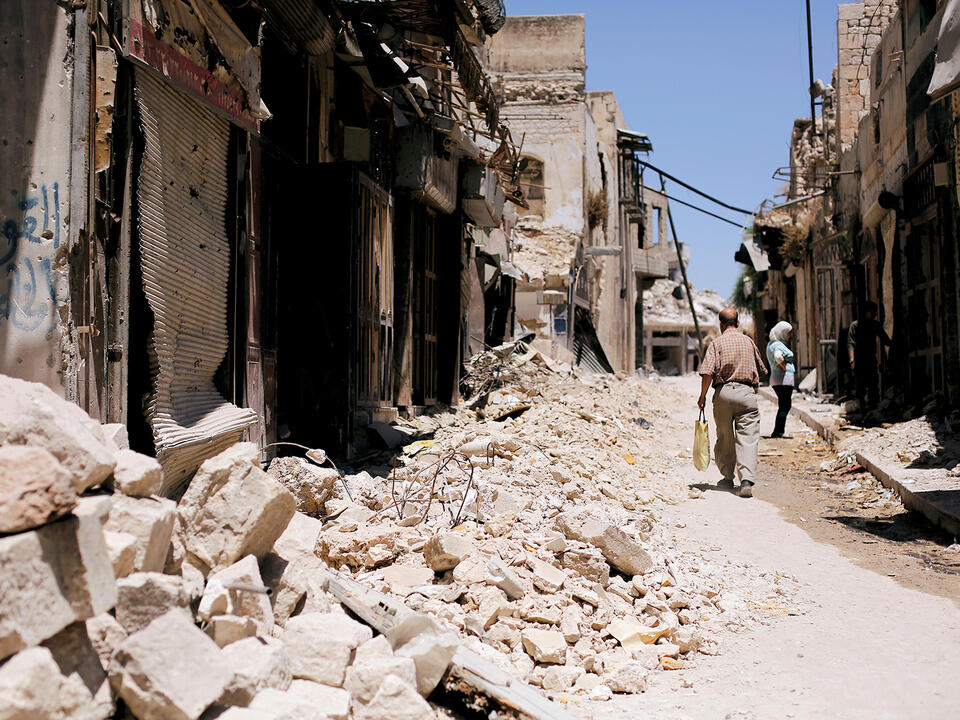 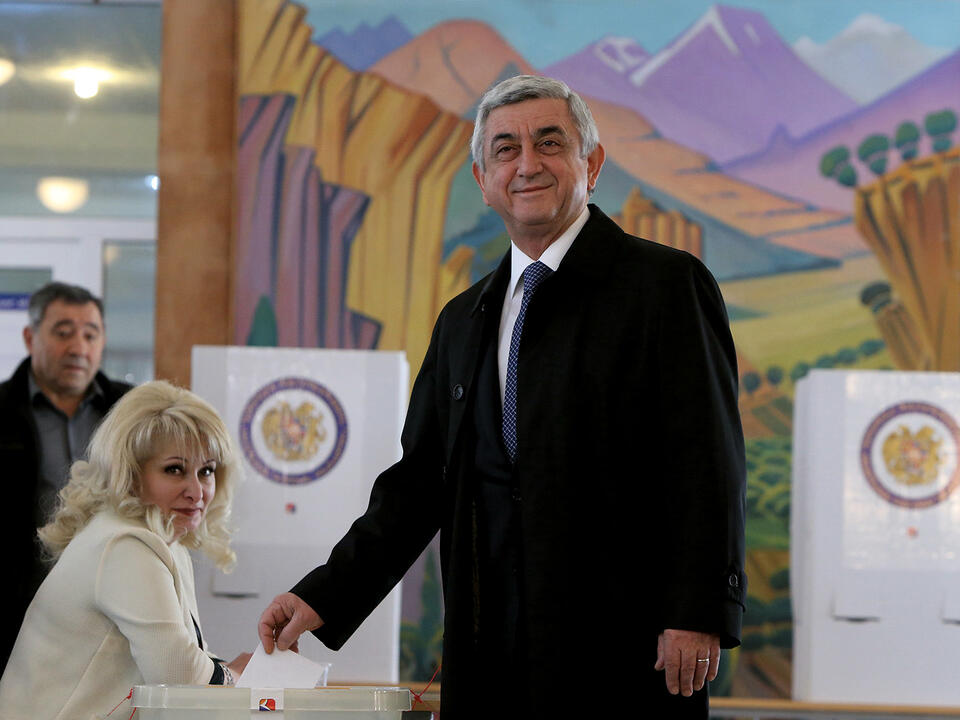 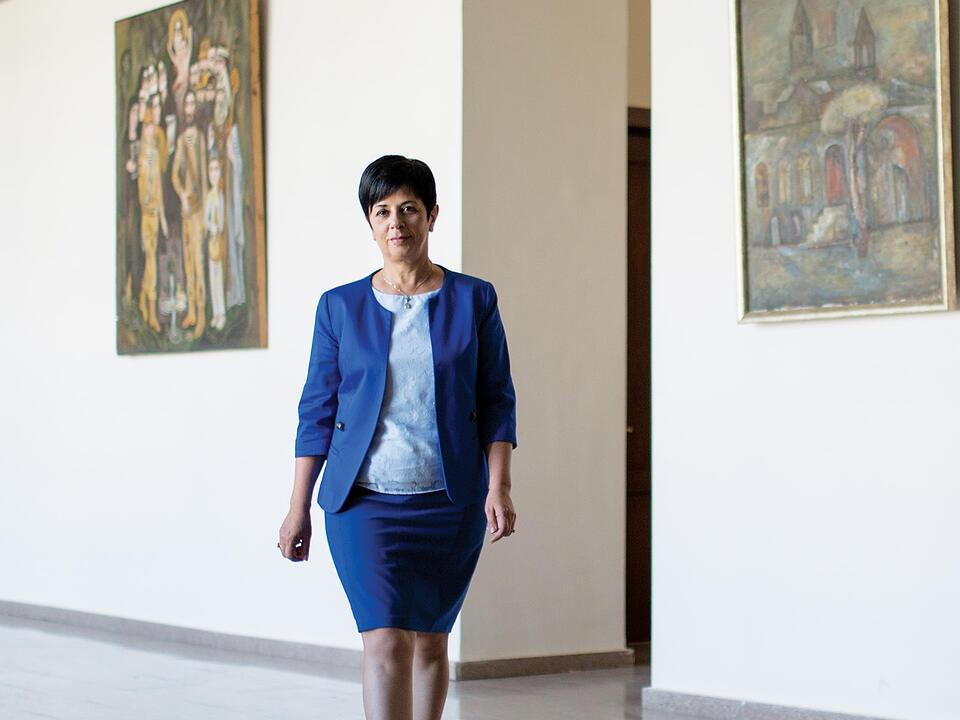 Challenging convention and changing the world around them
END_OF_DOCUMENT_TOKEN_TO_BE_REPLACED