How world-class Soprano Natalie Aroyan discovered her destiny in opera


Inside one of the twentieth century’s most iconic and distinctive venues, a chorus of applause fills the halls of the renowned Sydney Opera House for Soprano Natalie Aroyan. Playing the title role and heroine in Verdi’s Aida, Aroyan’s lush voice, rich in color with a dramatic firmness and voluptuous tone, has moved the audience to their feet in appreciation. As the curtains close on the finale performance of the successful production, she walks off stage exhausted, thrilled, and as always, feeling blessed.

“This moment is so special and gratifying,” she says. “You are living on a stage in a different time and place and taking the audience on this journey with you, giving them a sense of escapism from their everyday lives and exploring the beauty that is opera and classical music, and at the end of a hard night’s work, you are applauded by those who adore the art of opera as much as you do.”

Her God-given gift has enabled Aroyan to travel the globe, performing in the most beautiful and grand Opera Houses in Asia, North America and her native Australia, where as a principal artist with Opera Australia, she has received rave reviews for her performances playing Mimi in Puccini’s La Bohème, Desdemona in Otello, Micaela in Carmen, Amelia Grimaldi in Simon Boccanegra and Marguerite in Faust.

Throughout her career she has been fortunate to study and work with some of the world’s top musicians, dancers, and actors, including opera legends Mirella Freni, Ruth Falcon, Renata Scotto, Maestro Richard Bonynge, and Dame Kiri te Kanawa, all of whom helped shape her training and offered invaluable insights into the world of opera.

Ironically, growing up, it was altogether another set of musical divas who appealed to Aroyan. “When I was young I always dreamed of being a pop singer,” she admits. “My idols were Céline Dion, Whitney Houston and Bette Midler. I knew I always wanted to perform on stage as I loved the interaction with an audience.” Even after she successfully completed a double-degree in Business and Information Technology from the Australian Catholic University in Sydney, Aroyan still mused about a career as a pop singer.

It was when her parents took her to her first opera, a performance by the famous Armenian Mezzo and vocal coach, Liliya Ovchiyan, who had just moved to Australia, that opened a whole new world for Natalie. “I witnessed opera for the first time, and I thought wow,” she recounted. “This woman’s voice is so voluptuous and voluminous, without a microphone. I had to learn from her. So, we approached her and I sang her a few songs telling her about my pop aspirations. After just one song, she stopped me and said, ‘You are not meant to be a pop singer.’ At that point my heart sank and I thought my dreams were over, but she continued, ‘You were born to be an opera singer.’”

A little confused and slightly hesitant, Aroyan agreed to work with Ovchiyan for a week, training classically. “I fell in love,” she says. “I knew this is what I wanted to do with the rest of my life.”

It was not long before Aroyan would be recognized for her talent. In 2008 she was awarded first place in both the prestigious Opera Foundation New York Competition and the Herald Sun Aria Competition in Australia, which was previously won by Dame Joan Sutherland. As Aroyan’s first award, she considers it to this day her most memorable. “It was the first time I heard the sentence: “And the winner is…Miss Natalie Aroyan.’ It was the first big win for me with a very generous scholarship of $35,000 to pursue my studies overseas. Even though it was the first of many wins, I still replay that sound clip every now and then when I’m feeling down to remind myself of that great feeling.”

Although Aroyan today now calls the Sydney Opera House her home, her journey to becoming a sought after Soprano has not been without challenge. She confesses she has struggled with disappointment at times, but it was how she recovered that defined her success. “The hardest thing in one’s career is being able to get back up and move forward after getting knocked down. It is those who are strong enough to keep moving forward towards making their dreams a reality that have the greatest chance to make it.” The best advice she offers to aspiring singers is a lesson in resilience. “Expect setbacks, but don’t ever give up. Keep pushing onwards and upwards. Two things that define the future of a singer are: patience and perseverance.”

Aroyan dressed as Desdemona from Otello, celebrating Opera Australia’s 60th Anniversary on the steps of the Sydney Opera House. Photo by Claudia Safarian.

The international career of a lead Soprano also requires no small measure of personal sacrifice. “Over the years I have frequently been away from family and friends,” she says, “missing out on special occasions. It has been a difficult journey at times, but having the support of my family and my friends has been an immense help, especially as they understand my commitment to my singing career.”

Aroyan has benefited from the constant guidance and steadfast support of her parents, Lucy and Sarkis, who inspired her to fulfill her dreams. “It isn’t easy for any parent to accept that their child wants to pursue a career in the arts, but I received their unwavering support from the beginning and that is what truly lifted me up and gave me the strength to take this journey in making my dreams a reality. I wake up every morning and I sing for a living on stages around the world, and it’s all because my parents believed in me and took a huge risk, and now I continuously strive to make them proud.”

Lucy and Sarkis also taught their daughter from a young age the values of hard work and gratitude. “Every single competition I won and opportunity I have been given is a huge achievement and blessing for me. Regardless of how small or big they may seem,” Natalie insists. “I’ve poured my heart and soul into every single one of them, the same hard work, the same time and the same amount of dedication. I’m very proud of everything I have achieved.”

She is also grateful to the large Armenian community in Sydney, which has proudly embraced her as the first Australian-born Armenian principal artist with Opera Australia, with many fans following her career closely and attending all her performances over the past six years. She was particularly honored to receive an invitation from the Premier of New South Wales, Ms. Gladys Berejikian, to dine at the Parliament House with one of her opera idols, Dame Joan Sutherland. Above all, the community served as an important reminder of her heritage. “I was very fortunate to have so many opportunities that made me acutely aware of my Armenian roots.”

Aroyan attended AGBU’s Alec Manoogian Armenian Saturday School, which instilled in her the foundation of the Armenian language, heritage and culture. Throughout her childhood, AGBU provided numerous opportunities for her to perform at community cultural events. She also cherishes the memories playing for AGBU Basketball teams as a teenager, where she made many wonderful and lifelong friends. The knowledge that the organization was there to support both her academic and operatic pursuits later in life by providing financial assistance was also a source of comfort. “Receiving an AGBU scholarship was most encouraging for me as they assisted me to further my academic and operatic studies,” she says.

Despite a demanding performance schedule, Aroyan has always remained deeply committed to giving back to her community. She has performed for many Armenian cultural events, both at home in Australia and internationally, including a Concert in Armenia and a concert organized by the AGBU New York Special Events Committee (NYSEC) Performing Artists in Concert at Carnegie Hall.

You are living on a stage in a different time and place and taking the audience on this journey with you, giving them a sense of escapism from their everyday lives and exploring the beauty that is opera.

Aroyan marked the centennial of the Armenian Genocide by writing and performing a new stage production entitled An Armenian Journey. It tells a story through operatic arias and Armenian songs of a frightened orphan girl who miraculously survives the Armenian Genocide and follows her journey as she triumphs over tragedy. “That orphan also happened to be my great-grandmother,” she explained. “I wanted a concert to showcase the beauty of Armenian music, songs and dance and illustrate that the past of our people is not forgotten; however we must look to rebuilding a positive future for our motherland and its fruition.” The production of An Armenian Journey was a resounding success, helping to raise awareness of the Armenian Genocide amongst the Australian community.

Devoted to her community and dedicated to her craft, Natalie Aroyan is excited to next take on the role of Eva in the Wagnerian opera Die Meistersinger with Opera Australia, and is poised to make her European debut this January in Bari, Italy, playing the lead Soprano role of Amelia Grimaldi in Verdi’s Simon Boccanegra. At the same time, she has her eye on the future, dreaming of performing in more roles by her favorite composers Verdi and Puccini, including reprising the fiery role of Tosca, one of the heroines she eagerly says “appeals to my voice and soul the most.”

Aroyan stands under the banners of herself as Aida, by Guiseppe Verdi. Photo by Claudia Safarian.

Originally published in the December 2018​ issue of AGBU Insider. 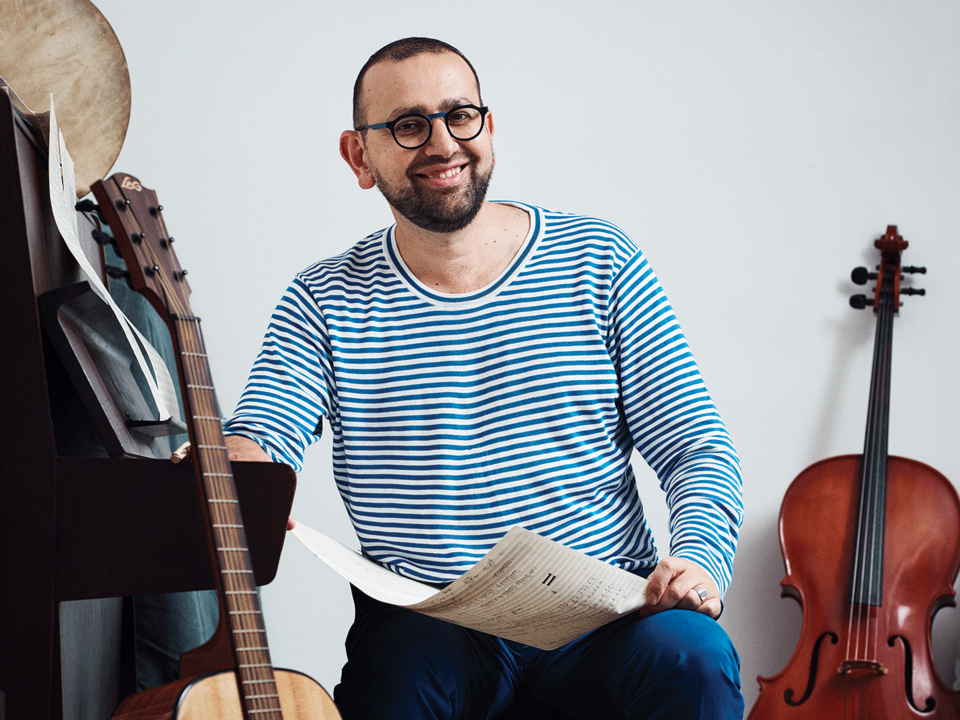 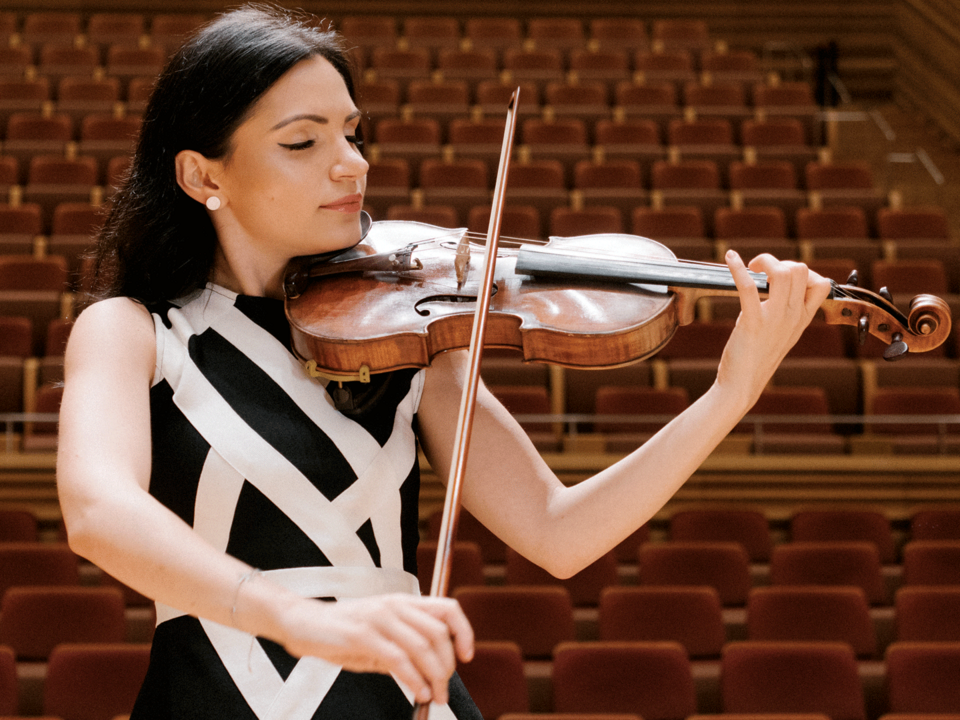 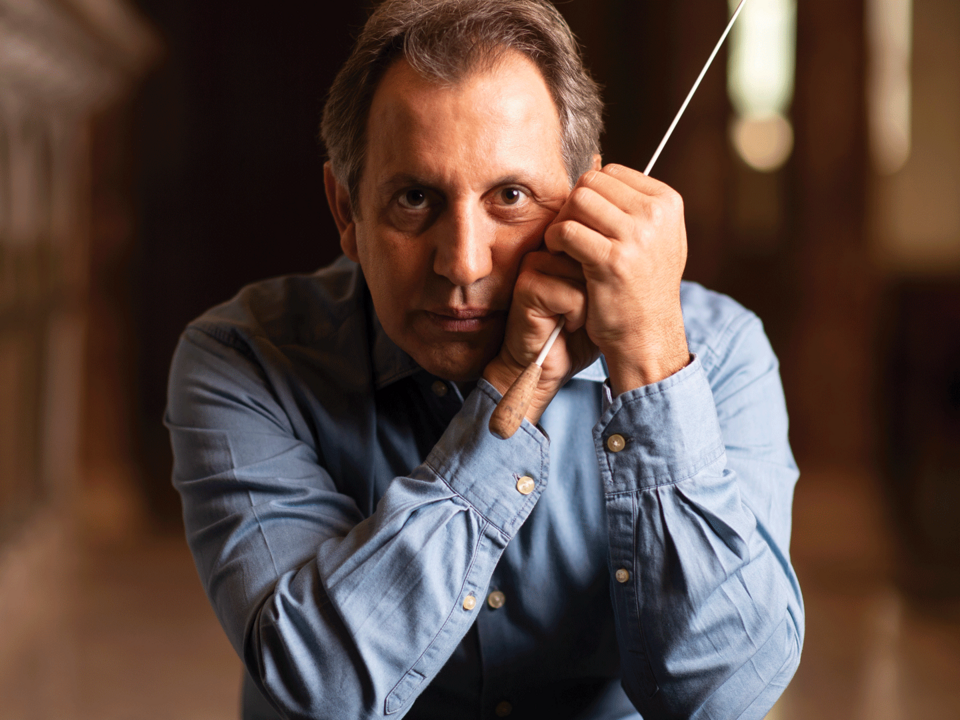 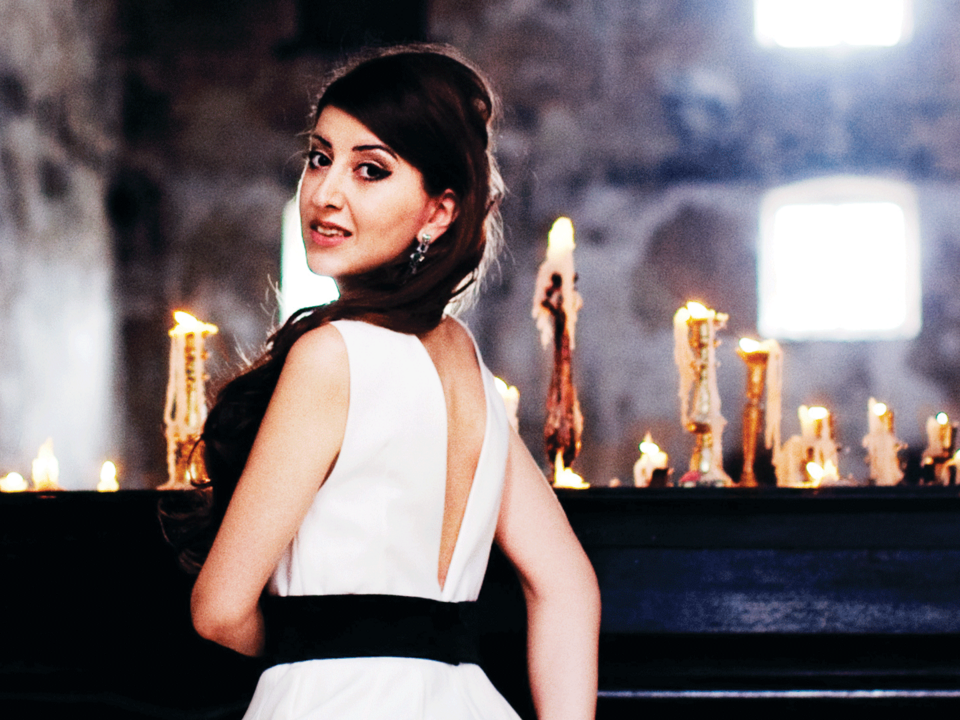 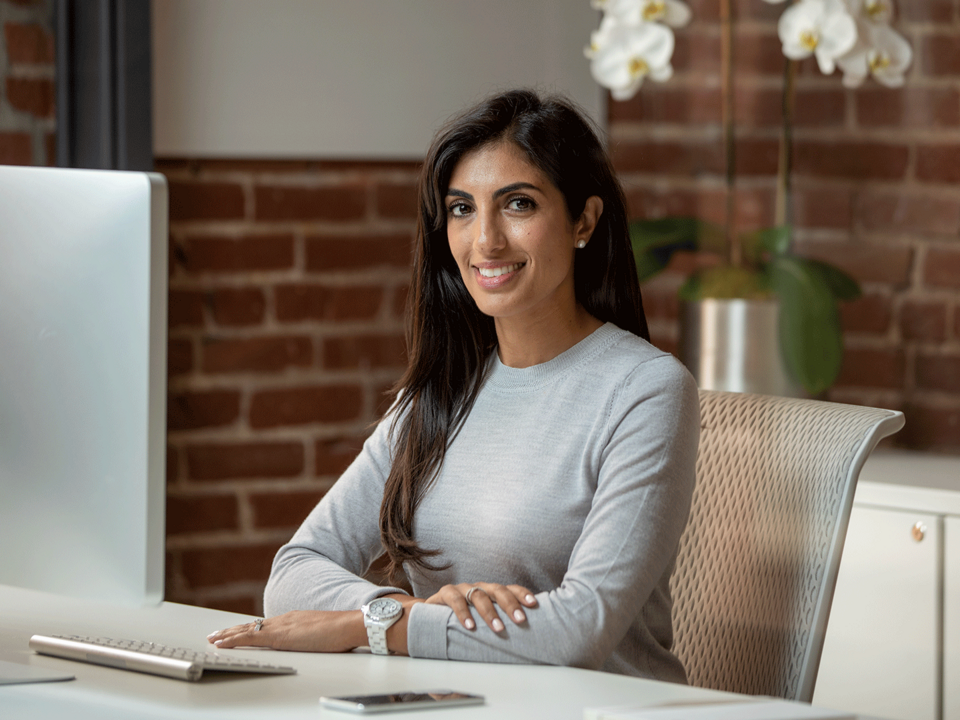 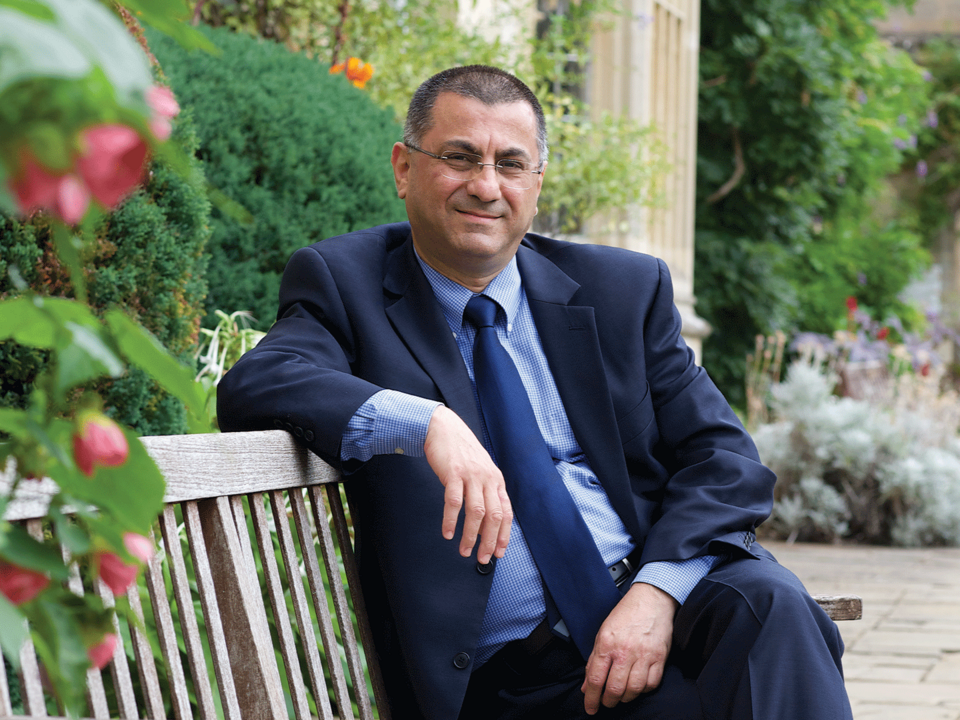 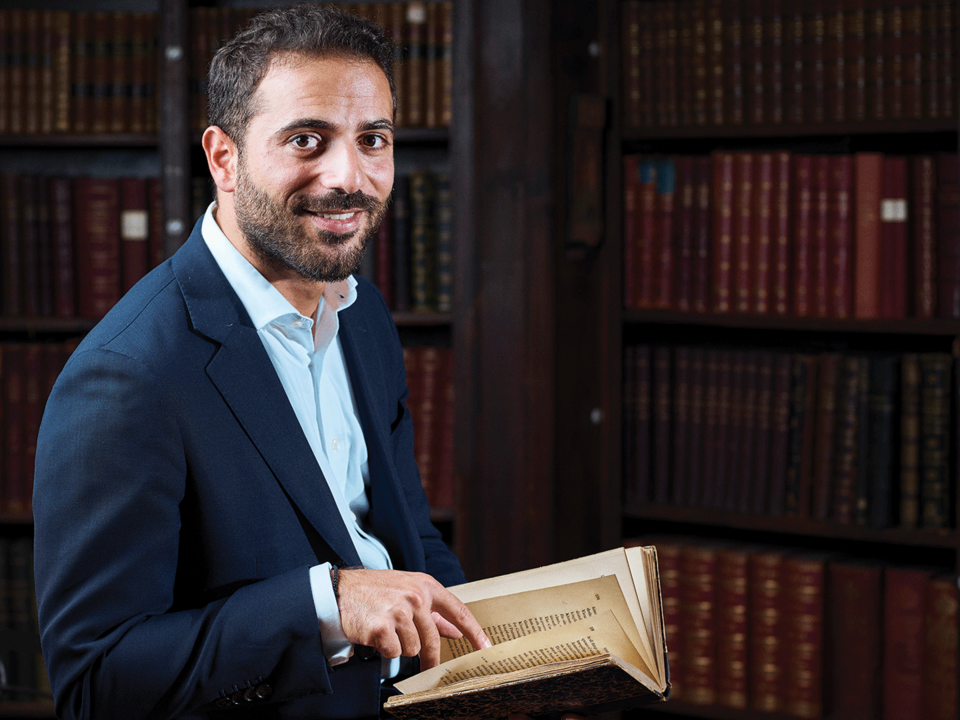 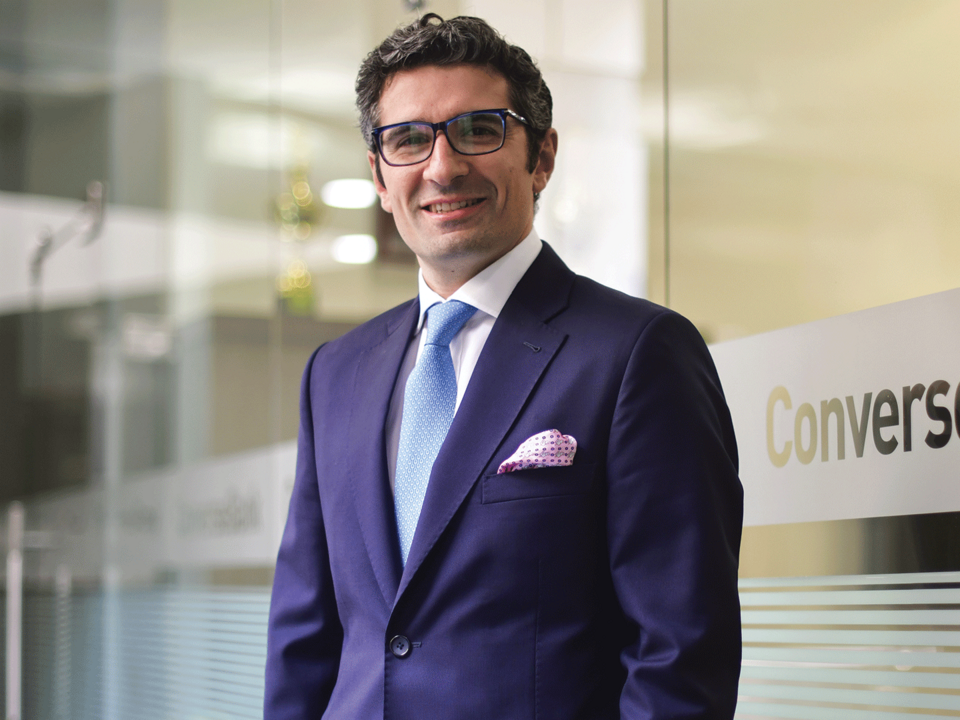 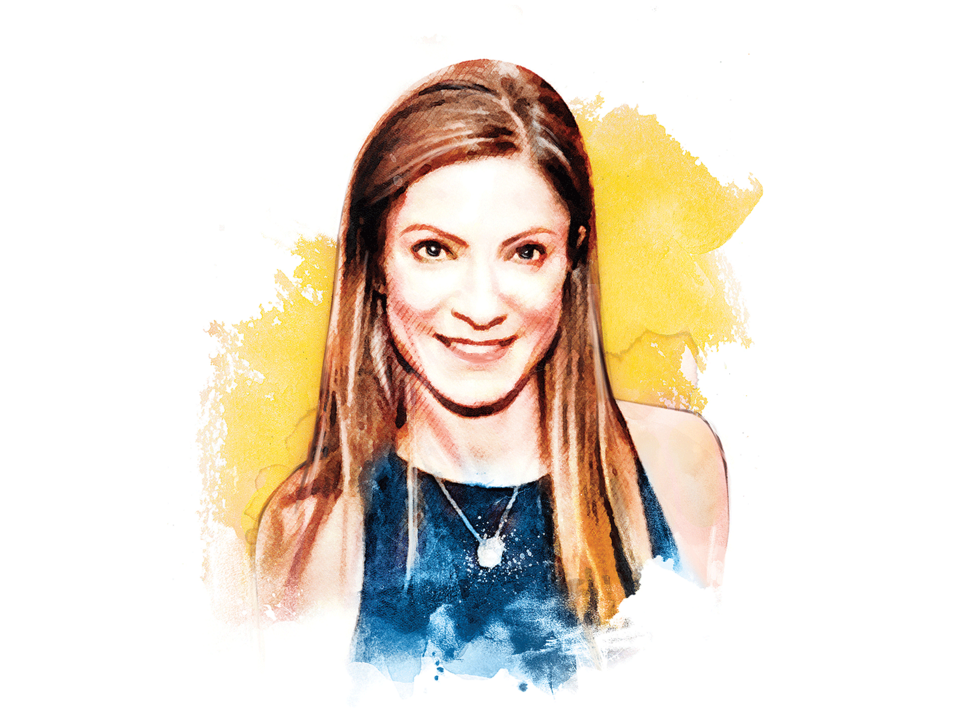 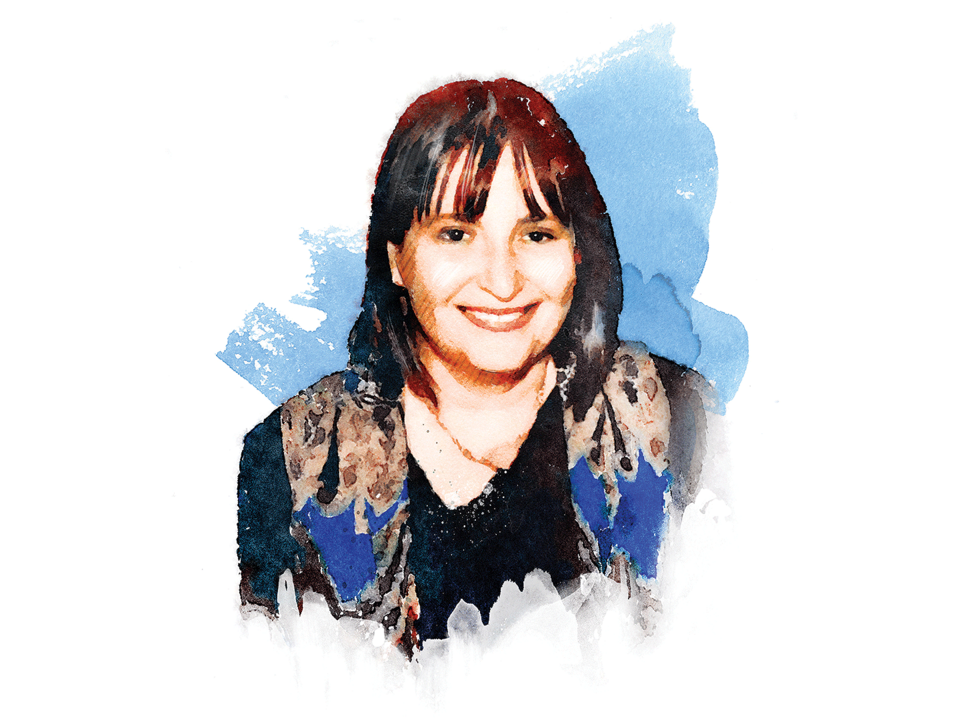 Maral Tchorbadjian believes 'there's something for everyone' at AGBU Melbourne
END_OF_DOCUMENT_TOKEN_TO_BE_REPLACED 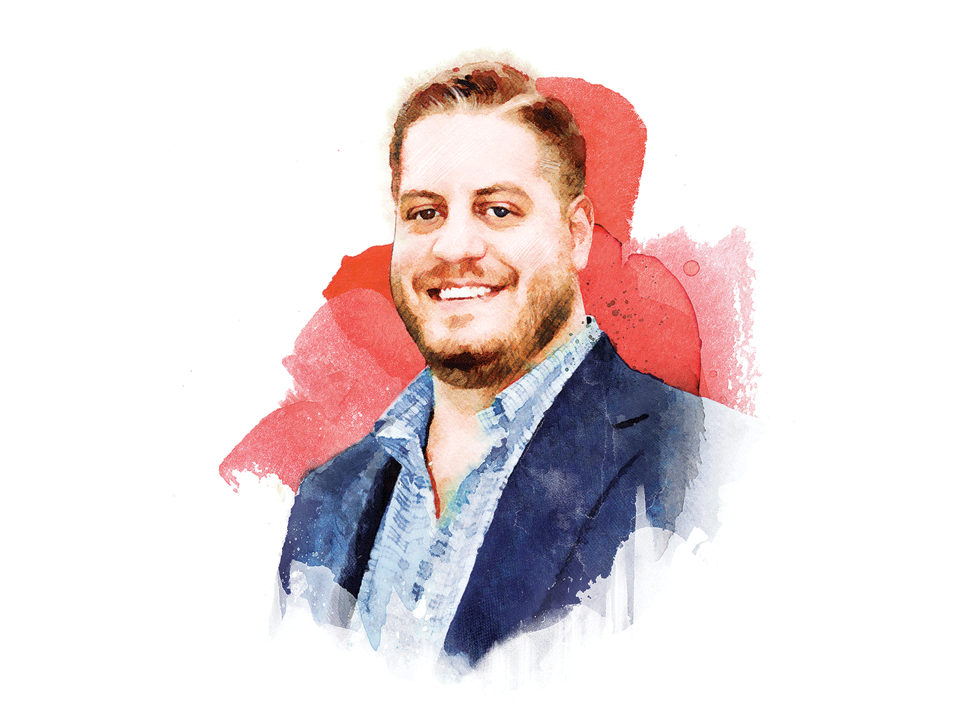 Learning from the older generation, Will Nazarian sets an example for the next one
END_OF_DOCUMENT_TOKEN_TO_BE_REPLACED