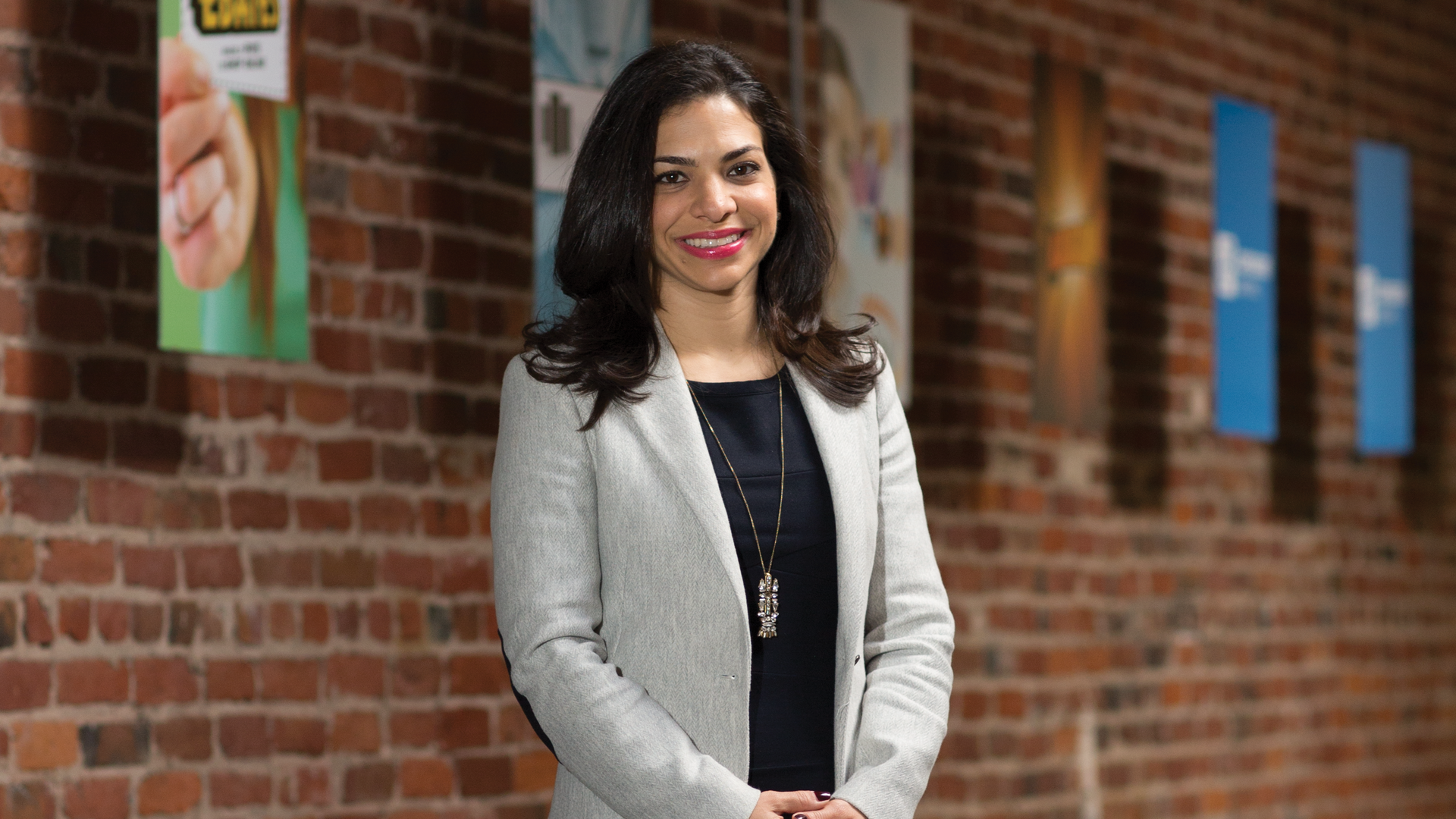 
In the world of marketing and public relations, leaders are defined not by their ability to craft a communications campaign, connect with a customer or attract an audience, but by how well they perform a far more influential function as the shepherd of a brand. It is a role perfectly suited for Nairi Tashjian Hourdajian. Over the course of a diverse and dynamic career in communications—marrying politics, public policy, advocacy and technology—she has expertly raised the global profile of her employers, carefully nurtured their communications teams, and aggressively promoted their growth.

Hailed by PR Week and Business Insider as a top technology and innovation PR executive, Tashjian Hourdajian is best known as Uber’s first head of global communications, where for three and a half years she led dozens of corporate announcements, product launches and public affairs campaigns around the world. From her office at the company’s San Francisco headquarters, she had a front row seat as the ride-sharing app exploded from a small startup with less than 300 employees to a global revolution in personal transportation with more than 10,000 staff members worldwide. “It was like building a rocket ship while flying it,” she confesses, adding that “it was an amazing journey and the experience of a lifetime.”

Proud of the team and of the culture she helped build at Uber, Tashjian Hourdajian says she was also surprised  by how “passionate I felt working in such a mission-driven company to make transportation more accessible and provide economic opportunity to drivers.” Being part of a greater mission that appeals to her beliefs and values is a common theme in Tashjian Hourdajian’s career.  In her current position as Vice President of Marketing and Communications at the early stage venture capital firm Canaan Partners, the firm’s portfolio companies are pursuing cutting-edge change in both technology and life sciences. “I’m a true believer that investing in next-generation technology and biotech products and services is one of the fastest ways to improve the way we live and thrive in the future,” she says.

Although today she finds herself immersed in technology, Silicon Valley is a world away from her roots in politics and public policy. The genesis of her journey began with a high school class on the Rwandan genocide, which deeply resonated as an Armenian and sparked a greater interest in international affairs. As a sophomore studying at Georgetown University, she could not wait to join the AGBU New York Summer Internship Program (NYSIP), where she tracked down CNN’s then-correspondent at the United Nations, Richard Roth. At the time, she remembers feeling frustrated watching as the Security Council debated how to put an end to the dictatorship of Saddam Hussein while ordinary Iraqis suffered under the weight of international sanctions. “I realized then that I wanted to be in the room,” she recalls, “not outside covering the room.”

The summer internship program not only helped focus her future career, but left her with lasting friendships and an energized outlook on her future. “AGBU conceives of the internship program in exactly the right way, at exactly the right time—just when young people are exploring careers and figuring out who they are as adults. Coming together with a community of peers from all over the world was an eye-opening experience for me in ways I hadn’t expected and appreciated.”

Whether responding to internal constituents and clients or out of the office pitching ideas to reporters, Tashjian Hourdajian quickly developed a reputation as an astute and widely respected communications specialist. It was not long before she landed at one of Washington’s top-tier strategic communications and government affairs firms, The Glover Park Group. As director and later VP of communications, she worked with corporate, nonprofit and advocacy client groups on crisis management, reputation, and advocacy.

She attributes her success in part to what she describes as her chameleon-like ability to adapt to any environment. With poise and purpose, she effortlessly interacts with everyone from constituents and clients to candidates and chief executive officers, delivering results in equal measure. “As Armenians we know how to wear different hats depending on the environment we are in,” she says, “whether it is a professional setting with our peers or a personal one with our parents, figuring out how to tailor your approach comes naturally.”

Growing up in San Jose, California, Tashjian Hourdajian attended American schools but at home was deeply immersed in Armenian culture, language and cuisine. Her father, Zaven, an electrical engineer with an entrepreneurial spirit originally from Jordan, instilled in his children values of respect, integrity and hard work. From her mother Nina, who fled the Civil War in Lebanon, she inherited a remarkable sense of efficiency and ability to juggle multiple demands at once. “I feel so grateful,” she says, “because my Armenian heritage really enriched my life, and even though at times it led to identity challenges, it’s who we are as a people and very much a reflection of our history. I want to make sure we will carry on those traditions that we were so happy to have be a part of our upbringing with my own two children, my daughter Lena who is ten months old and my four-year-old son Raffi.”

Tashjian Hourdajian has experienced and learned more about marketing and public relations in the past decade than most do in an entire career. Beyond the basics of excellent communication skills, writing, research and crafting sound and compelling arguments, she stresses the importance of being able to multi-task without letting any balls drop and developing a mindset that looks at every task—even those that may not appeal at first—as an opportunity for learning and growth.

With no limit to her energy and enthusiasm, it comes as little surprise to learn she is a self-described morning person, who cherishes the quiet moments before the rest of her family wakes up to organize her thoughts and conceive of new ways to push herself. “There are only so many hours and minutes in a day, and if you are only responding to the demands that come in, you are failing. You have to find time to implement your plans—that’s true whether you are a political candidate, a senator, a tech company or an entrepreneur. It’s an ongoing opportunity and a challenge.”

Advocating for others with Jerry Misk
END_OF_DOCUMENT_TOKEN_TO_BE_REPLACED

For Solange Merdinian, sharing her heritage on stage is an opportunity and a joy
END_OF_DOCUMENT_TOKEN_TO_BE_REPLACED