Designing for the future with a nod to the past

Overlooking a picturesque valley in the region of Lori’s provincial capital of Vanadzor, the newly unveiled COAF-SMART Center, a model of green technology, presents a futuristic-leaning glass and concrete aesthetic that sharply
contrasts with the rural setting which surrounds it. The educational center’s horizontally-planned foundation follows, rather than challenges, the site’s uneven topography.

This deliberate design choice by Armenian architect Paul Kaloustian emphasizes the tension between the natural setting on the outside and the building’s concrete interior.  As a contemporary example of architectural design, the structure has received praise for preserving the authenticity of its location, despite featuring virtually no discernibly Armenian motifs. This reflects on the longstanding debate which has defined the course of Armenian urban architecture for almost a century.

As famously declared by German-born father of modernist architecture Mies van der Rohe, “Architecture depends on its time.” This pursuit of design coherence has captivated Armenian architects from the church designers of old to early urbanists such as the Balians and Ter-Mikelov at the turn of the 20th century. With Armenia’s incorporation into the Soviet Union, the desire to resolve the fundamental contradiction between the rationalist principles of modernism and the nostalgic impulses of historicism would reemerge countless times in the work of Armenian architects.

A collision of perspectives, expressed through the language of architecture, would result in some of the most radical experimentation in urban development of mid-20th century Yerevan. Alexandr Tamanyan, the classically-trained chief architect in charge of Yerevan’s master plan, had envisioned the mud-bricked backwater town as a capital transformed into a modern metropolis for the global Armenian Nation. His iconic City-Beautiful-inspired circular street layout was intended, just as the ecclesiastical architecture of previous generations, as a testament to the resilience of Armenia’s unique identity, only, this time through the lens of socialism. His heavy use of Armenian church motifs distinguished the style of the buildings, which now bear his name, as a vernacular interpretation of the socialist classicism favored by Stalin.

Tamanyan’s insistence on crafting a distinctly Armenian national architecture would prove antithetical to the functionalist design philosophy espoused by notable contemporaries Gevorg Kochar and Mikael Mazmanyan. Inspired by the work of avant-garde architects Moisei Ginzburg and Konstantin Melnikov in Moscow, these early constructivists rejected any stylistic allusions to Armenian history as “superfluous ornamentation.” Instead, they aimed to provide the proletariat with “machines for living” (to borrow a phrase from Le Corbusier), employing new technologies such as glass steel and concrete to convey socialist values of egalitarianism and internationalism in physical form.

Despite Kochar’s opposition, abstract nods to Armenia’s architectural distinctiveness  nevertheless found their way into the iconic concrete and steel brutalism of his disciples, notable structures like the Hamalir and the old Zvartnots terminal. Tamanyan’s “national character”  would find a more overt reinterpretation in the modernist dimensions of late architect Rafayel Israyelian.

With the collapse of the Soviet Union, newly-independent Armenia would be hit by a devastating trifecta of the ongoing Karabakh War, the aftermath of the Shirak Earthquake, and shock-therapy economics. The resulting credit crunch abruptly halted any ongoing Soviet-era construction projects and would dry up funds for any new large commissions for over a decade. By the time a modicum of prosperity returned to Armenia, the same architects behind the austere and utilitarian prefab Kommunalkas of the 1970s were once again finding work—only, this time, constructing condo developments to appeal to the aesthetic sensibilities of Armenia’s emerging class of nouveaux-riches elites. Projects of the era would range from attempts at replicating the historic, like the ironically-named new “Old Yerevan” district project, to the North Avenue urban renewal project.

Along the row of fin-de-siècle structures on Melik-Adamyan Street near Republic Square, stands the new AGBU building with its black-stone façade reminiscent of the now-lost Old Yerevan. Yet, behind this unassuming façade, one discovers a state-of-the-art structure which represents the vanguard of an evolution in Armenian contemporary architecture that is beginning to leave its mark on the 28 century-old Armenian capital.

“It was meant as a showpiece, an example of energy-efficient and environmentally friendly contemporary design,” explains Franco-Armenian architect Aris Atamian, who was selected to design the building. The five-story complex employs several design firsts for Armenia. Contrasting with conventional commercial space design in Yerevan, Atamian’s principles of spacial organization emphasize natural light and the use of locally sourced natural materials throughout the structure to foster a more humanistic and collaborative environment. In addition to a roof-top garden, the entire south-facing wall is covered in large photovoltaic panels which recycle part of the energy used in the building’s operations, thus partially reducing its electricity consumption. This low carbon footprint, along with other innovative features, allow the building to comply with the European Union’s strict environmentally sustainable building codes, almost-unheard of in Armenia.

Rather than exacerbate the clash of Armenian identities, Atamian’s design synthesized them. The neo-classical facade (despite appearances, a faithful reproduction), the contemporary interior, and the light-filled atrium symbolically root the structure in its Armenian heritage while celebrating the cosmopolitanism of the modern Armenian nation, balancing legacy with innovation.

Other contemporary architects have demonstrated alternative ways of reaching this equilibrium. The American University of Armenia’s Paramaz Avedisian Building, built almost a decade earlier, is likewise notable for its use of modern construction techniques and green technology. Its designers, Altoon + Porter Architects chose a more abstract interpretation of Armenian design concepts.  This acknowledgement of its place in Armenia’s architectural legacy is hinted at in the choice of building materials, locally sourced tuff stone and basalt, as well as the deliberate prominence of views on Mount Ararat.

Armenian architecture has been on a long and sometimes painful journey of self-reflection. Armen Hakobyan and Karen Berberyan, co-founders of the Tarberak Architecture Studio, are cut from a new cloth of ambitious young Armenian architects, who grew up in an independent Armenia, have studied abroad and are now cutting their teeth on massive contemporary building projects in Armenia under the apprenticeship of foreign or diaspora-led architecture firms.

Once relegated to the backseat as neighboring Georgia and Azerbaijan’s hunger for monumental “statement architecture” attracted international design powerhouses of Zaha Hadid and Jürgen Mayer H, Armenia is beginning to turn heads at the global firms in its own right. The award-winning Dutch studio, MVRDV is the latest foreign design firm to enter the Armenian market after winning a competition to design TUMO’s Convergence Center. The London-based Tim Flynn Architects already have a long history in Armenia working on the record-breaking Wings of Tatev ropeway, and the state-of-the-art UWC Dilijan campus having launched careers for several Armenian architects. Atamian’s own firm, Fernier & Associés, has cultivated a strong relationship with a promising young local firm, Storaket.

Sustaining these successes of contemporary architecture requires a renewed emphasis on education. Yerevan’s once-prestigious School of Architecture was one of only two such institutions across the Soviet Union to be recognized by France’s elite École Nationale supérieure des Beaux-Arts. Yet decades of underfunding and academic isolation have taken their toll. Atamian sees a role of diaspora architects in reinvigorating Armenia’s architectural education. “A good architect can find inspiration anywhere,” he explains, “but good architecture can only be taught.”

Good architecture also requires the support of open-minded patrons. Here, things are changing at a rapid pace. Many of the young firms which have cropped up in recent years to meet the trickling demand for contemporary architecture, mostly from repatriating diasporans, tech firms, and charitable foundations, have witnessed a flood in commissions for apartment redesigns, residential development, tech company offices, schools, hospitals and other public buildings since last year’s Velvet Revolution.

The newly-re-staffed State Committee on Urban Development, understanding the need to replace much of the country’s crumbling Soviet-era administrative framework, has retaken a lead in commissioning new public redevelopment projects. Hakobyan’s firm, Tarberak’s design proposal for the Yerevan Metro line extension—the first large scale infrastructure project of the sort since 1996—has recently received approval. Storaket, meanwhile, has garnered local and international praise and, in turn, commissions for the clean minimalist aesthetic which the studio applies to the various schools, community centers, private villas and tech office projects it designs.

Still, Armenia’s contemporary architects find themselves battling a legacy of corruption as well as pedestrian tastes to push their visions forward. Despite these hurdles, they are reinterpreting the Armenian people’s relationship with urban space into one that preserves the country’s traditional, constructivist and modernist legacies by seamlessly integrating them into the spheres of contemporary civic life, politics, economics and culture.

Inspired by the iconic simplicity of Scandinavian design and the minimalism of modern Japanese constructions, these pioneers are developing a design language that is unmistakably Armenian, yet unashamedly contemporary. Taking a page from Norman Foster’s playbook, the architects of the Independence Generation design for the present, with an awareness of the past, for a future that fully manifests the return of the Armenians. 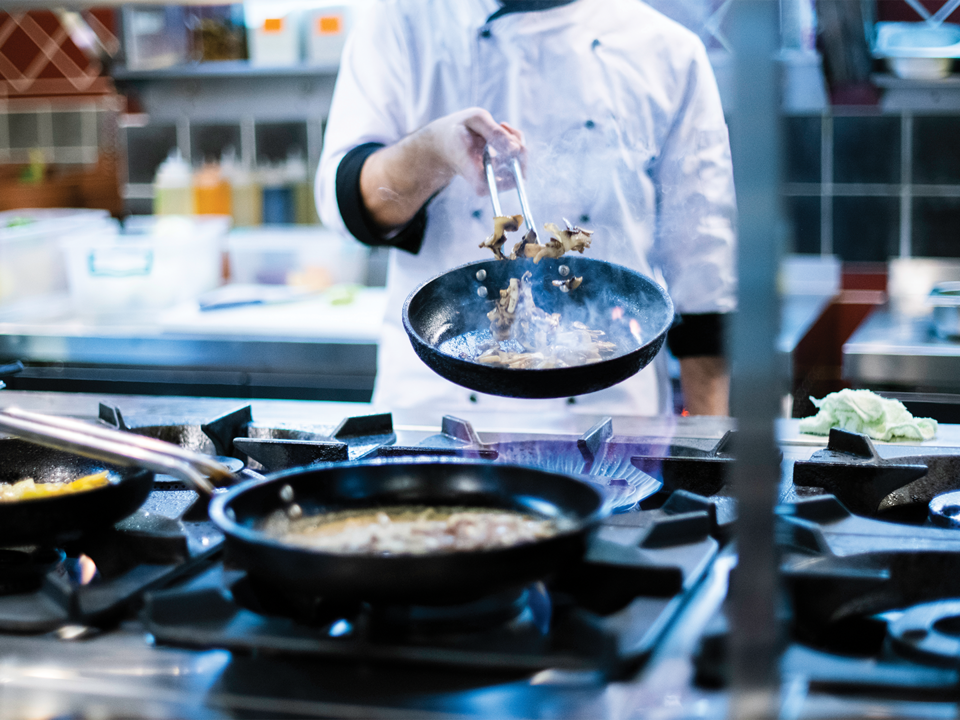 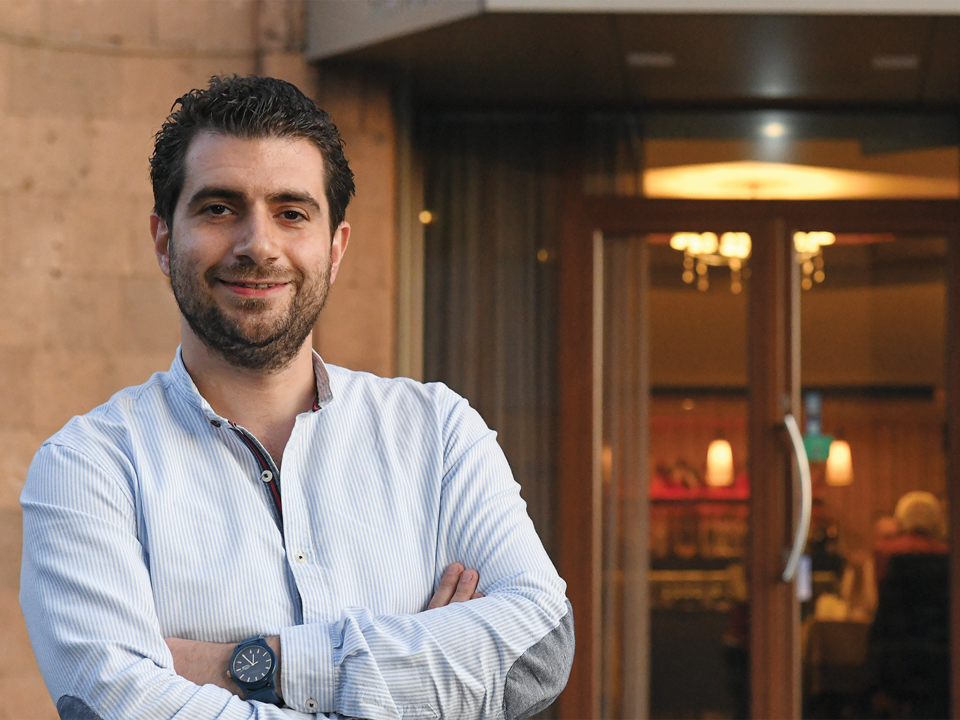 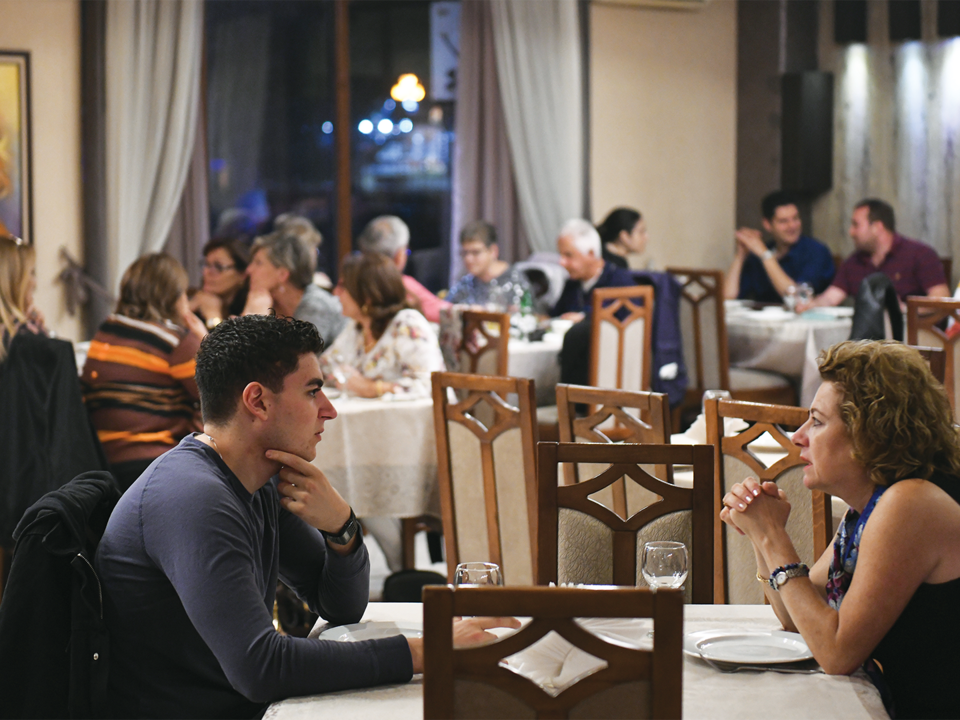 From hole-in-the-wall to celebrity hot spot: The inevitable rise of Derian Restaurant
END_OF_DOCUMENT_TOKEN_TO_BE_REPLACED 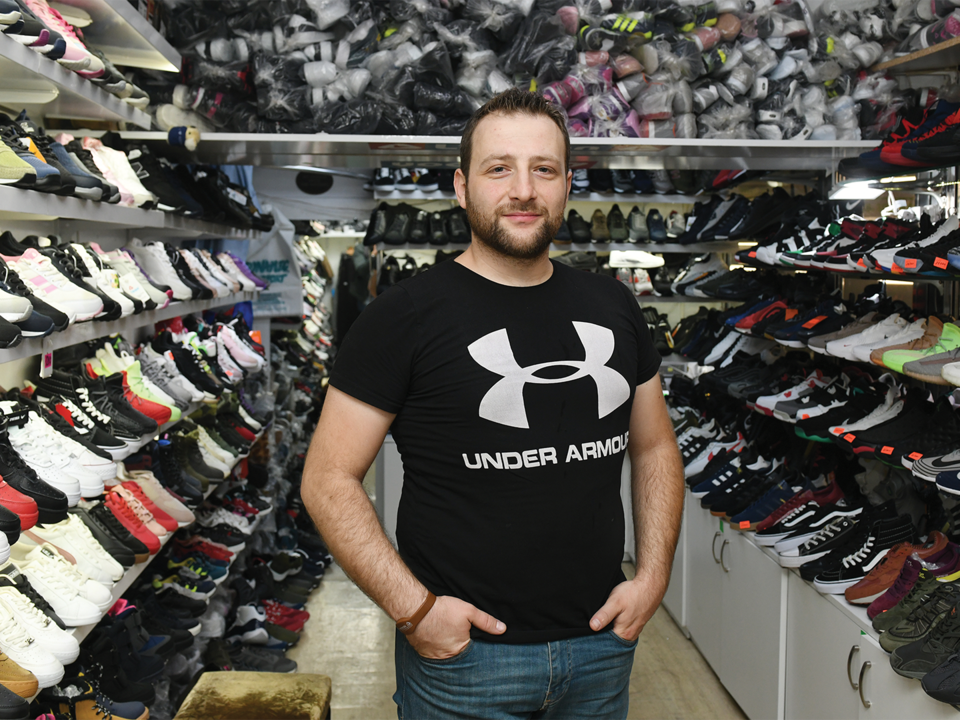 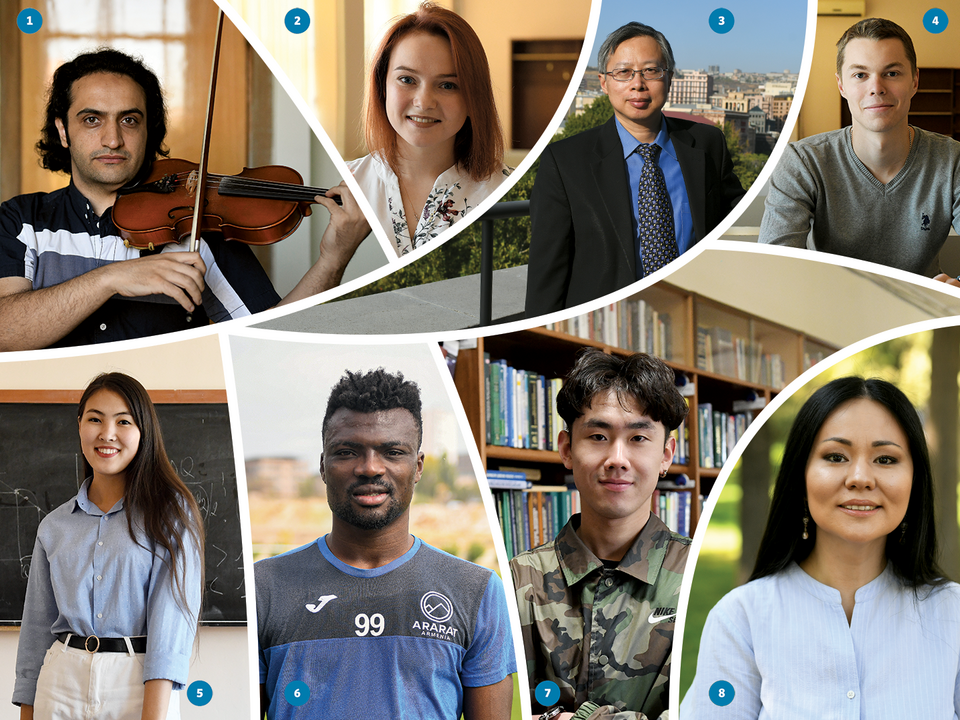 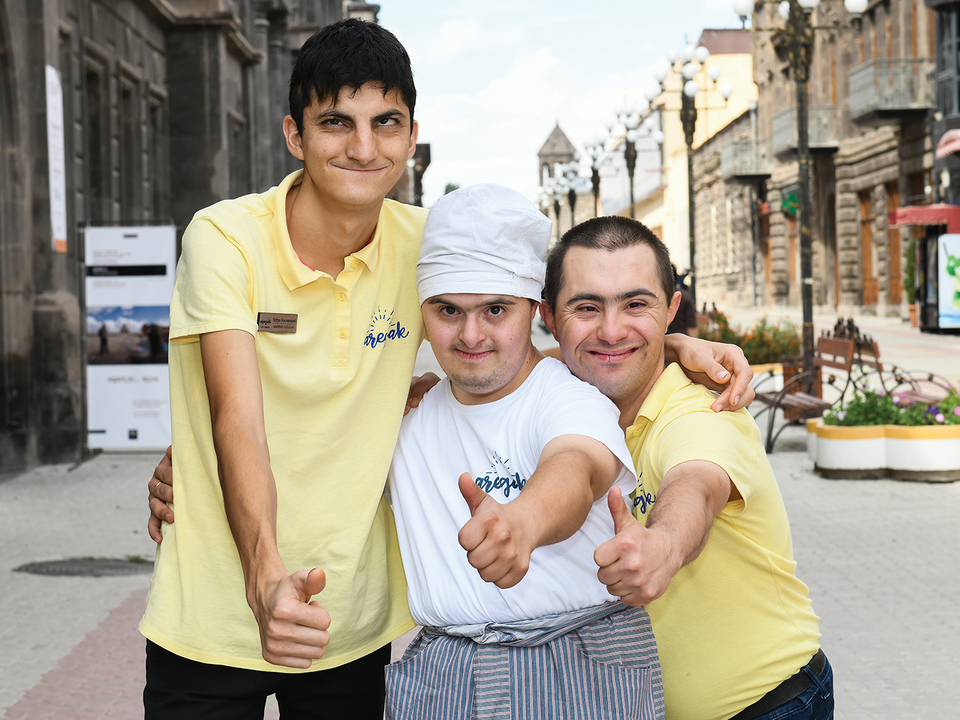 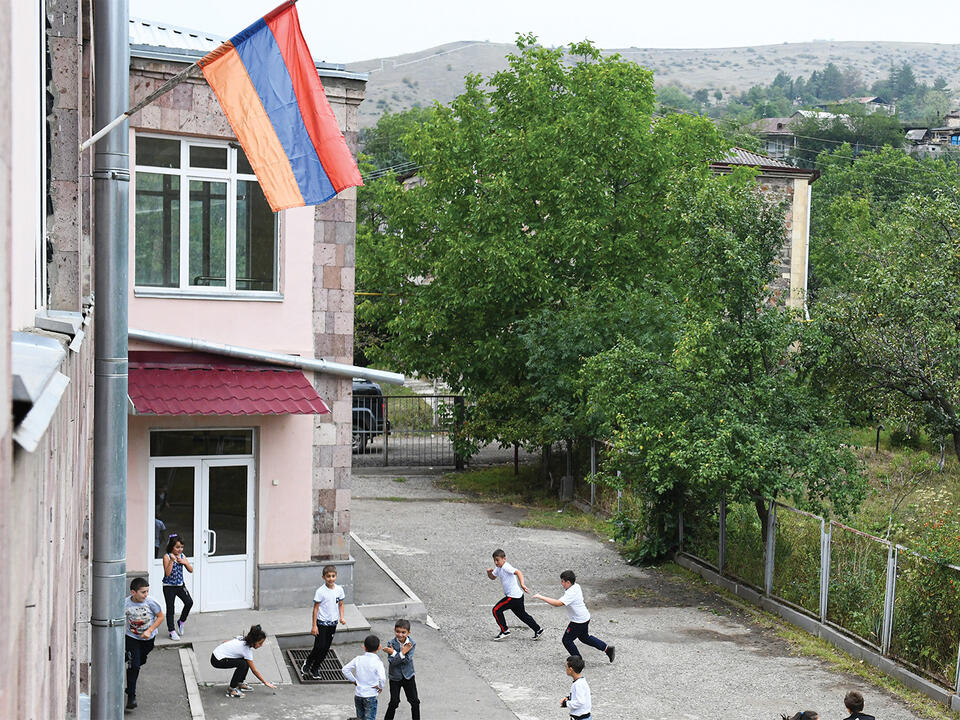 A portrait of resilience for the border town of Baghanis
END_OF_DOCUMENT_TOKEN_TO_BE_REPLACED 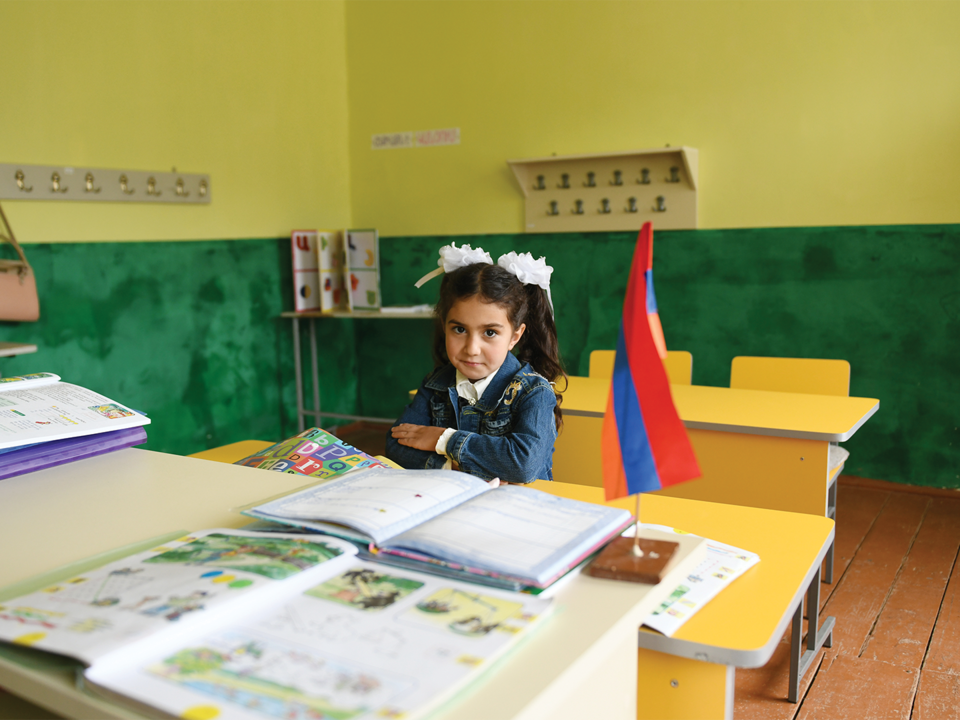 Public school education in rural Armenia is falling behind
END_OF_DOCUMENT_TOKEN_TO_BE_REPLACED 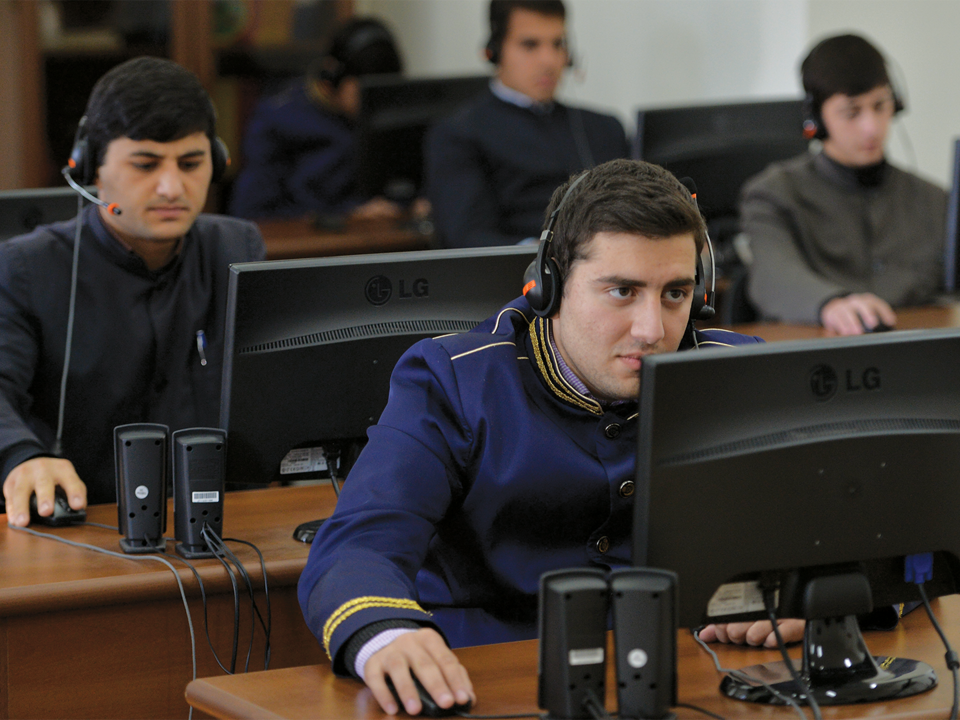 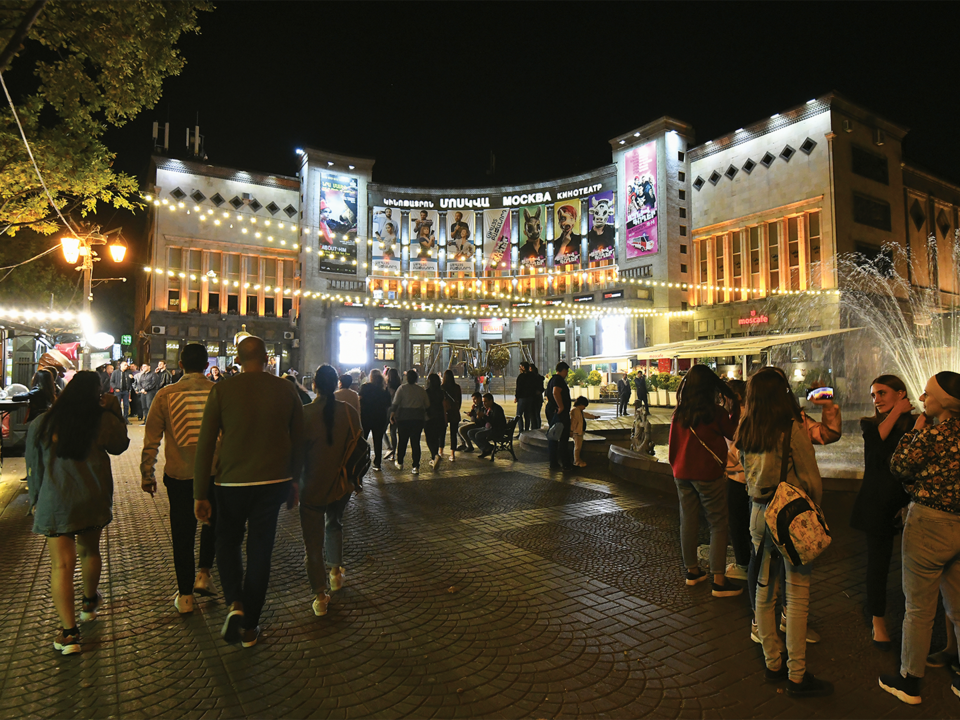 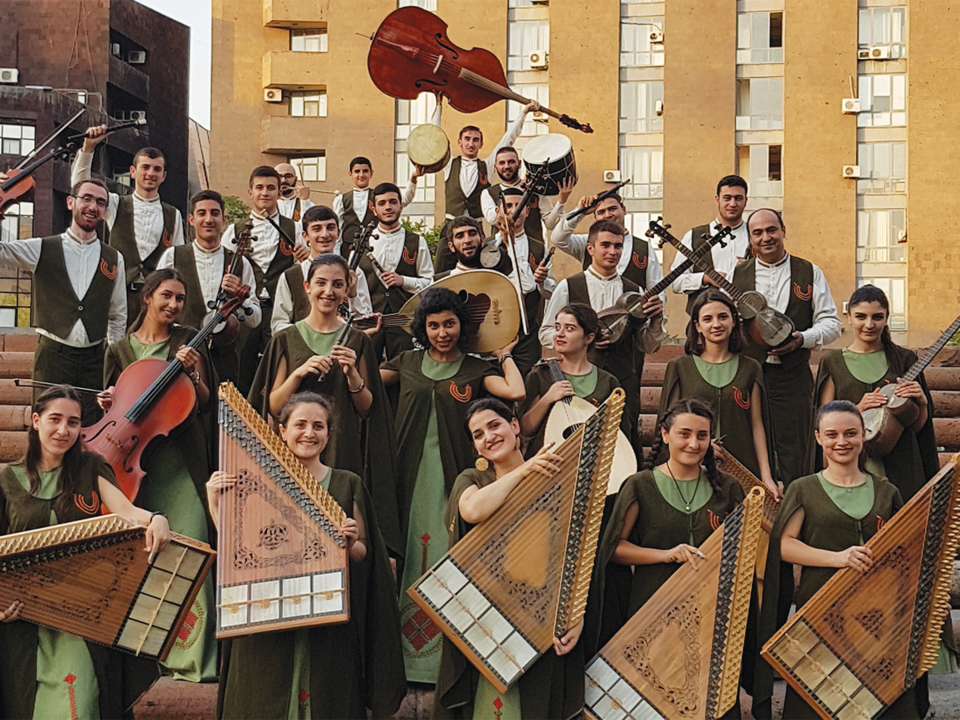 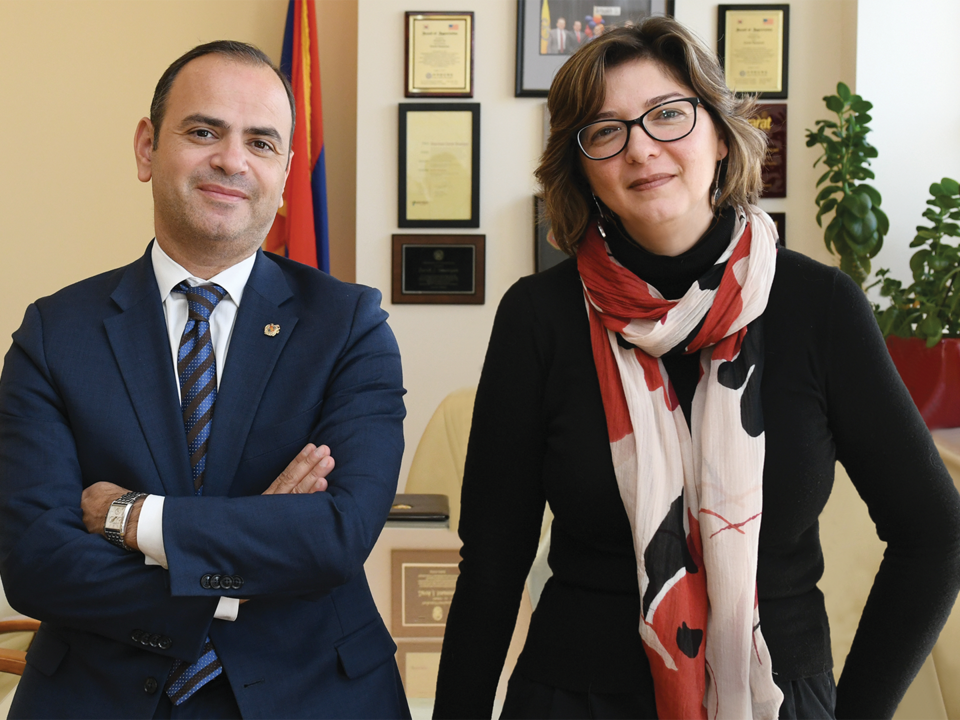 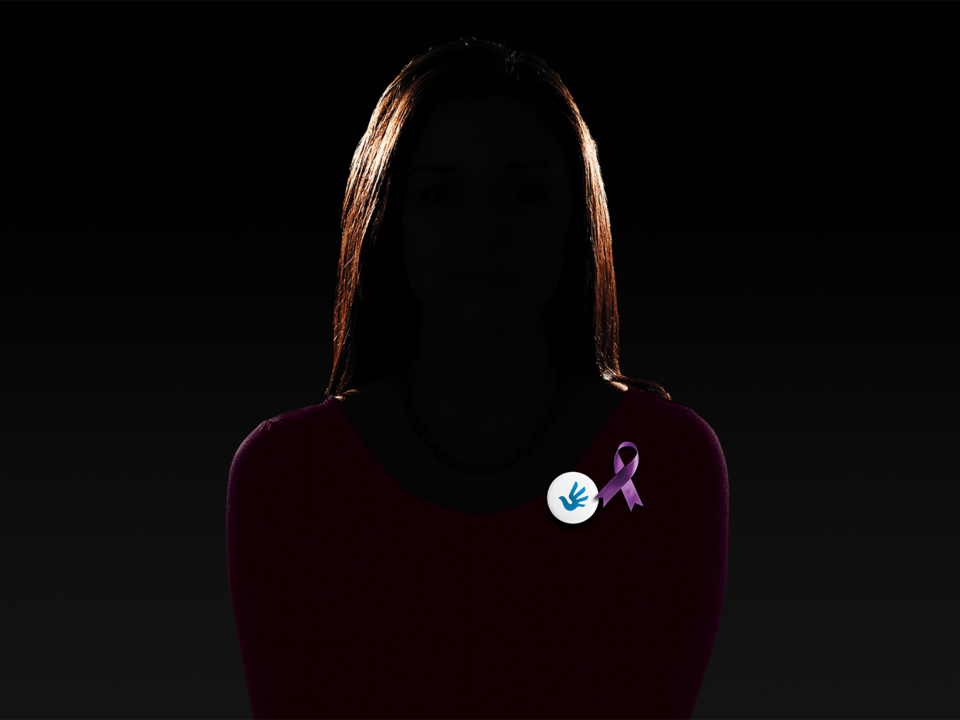