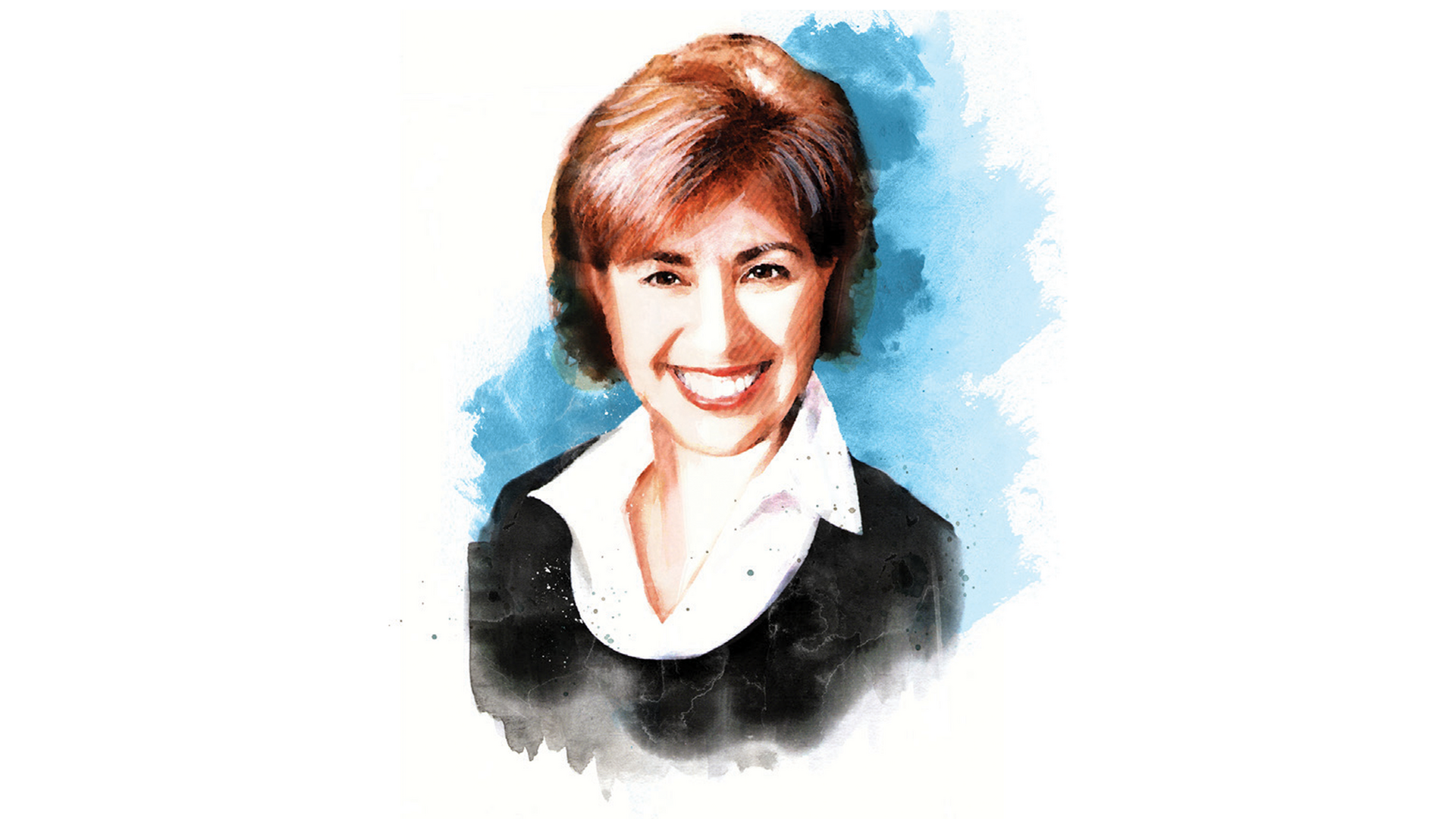 
Anna Dolabjian takes pride in growing and strengthening the Armenian community in Cairo, Egypt. Born to Egyptian-Armenian parents, Dolabjian  grew up in Armenia and relocated to Egypt in 1978. Her fruitful and gratifying involvement with the Armenian community ranges from starting an Association of Brides from Armenia to becoming the liaison and representative for AGBU Armenian Virtual College (AVC). Currently she leads AVC Hybrid Chess and Armenian Language Projects in Cairo.

My inherent inclination was to become an active member of the local Egyptian-Armenian community, so I turned towards AGBU.

Describe your involvement with AGBU? Returning to Egypt from Armenia I transformed from a native to a member of the diaspora. As an Armenian in the diaspora, my inherent inclination was to become an active member of the local Egyptian-Armenian community, so I turned towards AGBU, the humanitarian and patriotic caretaker of all Armenians. A previous treasurerof AGBU Cairo himself, my husband encouraged me to take on the role of treasurer of AGBU Cairo. In 2013, I seized the opportunity and became the representative of AVC in Egypt. It was a great experience.

What is the most rewarding part of your work at AGBU AVC? Just a few weeks ago during the celebrations called FirstStep-FirstSuccess, I saw the happy faces of the first graduates of the first term of the first Armenian Language Hybrid Class in Egypt. This great human and community achievement gave me and my AVC AGBU Team in Egypt the best motivation for expansion and growth.

Why is it important to you to give back to your community? Every time you give back to your community, you get back even more. This has always been my motto, and has become even more so in my work as a mentor and life coach to others. I firmly believe in the universal law of attraction, that positive energy attracts positive returns and that is also why I am connected to AGBU and its great mission.

How does your Armenian heritage influence you professionally? Let me recount a story. Many years ago, while I was looking for a job an offer came to me directly. Luck struck me like lightning! It turned out that the employer was looking only for an Armenian candidate! Why? Because she had experienced another Armenian’s work for years and therefore wouldn’t accept anything less. What an honor it is to be an Armenian, isn’t it?

How are Armenians generally perceived in Egypt? Armenians are adored in Egypt. But that doesn’t come automatically. We always remember that this country on the banks of the Nile gave us refuge when we were in need. And we in turn as Egyptian-Armenians love Egypt.

What is next for you professionally? As a life coach I am planning to expand and continue to touch the lives of others with positive energy. As AVC Ambassador, we are launching another First Level while the current one will move into the Second Level, which will incorporate new students. By ensuring the continuity of the Armenian Language Education we are ambitious in looking to grow into a fully-fledged Hybrid School in Egypt. With the relatively small Egyptian-Armenian community this will be a huge achievement!

Dr. Berdj Kiladjian inspires change through a spirit of service and leadership
END_OF_DOCUMENT_TOKEN_TO_BE_REPLACED

The Insider talks with the incoming Alex Manoogian Chair in Modern Armenian History at the University of Michigan, Hakem Al-Rustom
END_OF_DOCUMENT_TOKEN_TO_BE_REPLACED

Stepan Khzrtian cultivates a culture of negotiation in Armenia
END_OF_DOCUMENT_TOKEN_TO_BE_REPLACED