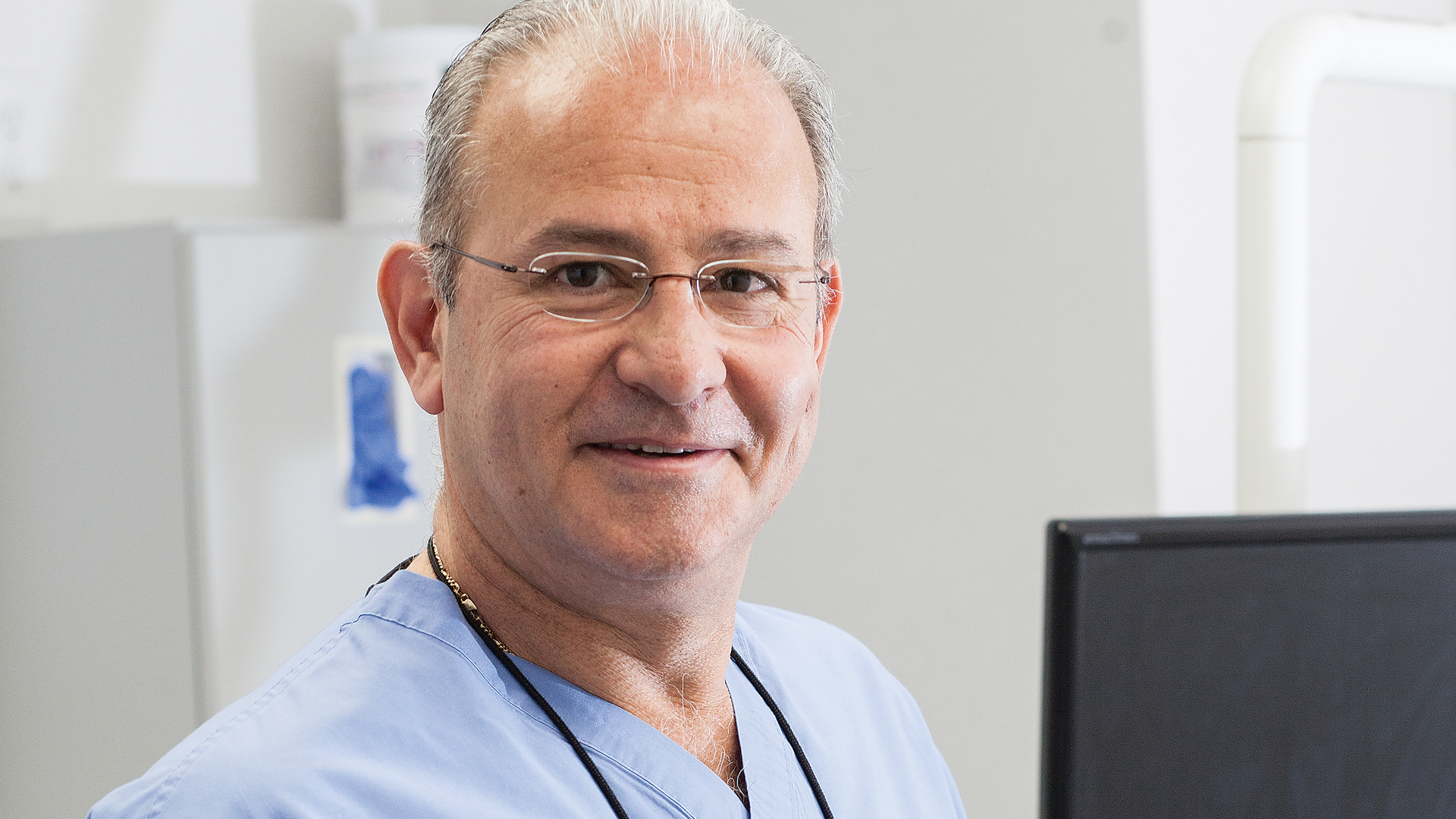 Dr. Berdj Kiladjian inspires change through a spirit of service and leadership


The majestic beauty of the highlands of Nagorno-Karabakh, with its lush rolling hills and imposing mountains along the horizon, is a world away from Dr. Berdj Kiladjian’s bustling dental practice in Boston, Massachusetts. Every spring and fall over the past nearly twenty years, he is drawn here to the remote countryside in the South Caucasus, compelled to help his fellow Armenians in the best way he can.

It is an essential part of my life. I want every child in Karabakh to have the same quality of dental care as my own children.

By the mid-1990s, the rural population of Nagorno-Karabakh was hit hard by the severe post-Soviet economic collapse and the devastating aftermath of a six-year war of independence. As a founding member and former president of the Armenian International Dental Association, Dr. Kiladjian realized the urgency of helping the population of Nagorno-Karabakh. He helped found Hand in Hand, a non-profit charitable organization dedicated to the improvement of health and social welfare, focusing on dental care and preventative education in Armenia and Nagorno-Karabakh.

The first free clinic opened in 1998 in the historic city of Shushi, which had been largely destroyed during the war. With so many other priorities, the local population could not afford to look after their teeth—and it showed. “The general state of dental hygiene was miserable,” recalled Kiladjian, “and what medical facilities and equipment they did have were from another age.”

Together with a team of volunteer dentists, Dr. Kiladjian brought modern supplies and helped implement a screening program focused on prevention and proper dental hygiene. Hand in Hand now operates six fully staffed clinics in the region, including a mobile unit and a women’s health center, located in the capital of Stepanakert. The organization has also partnered with the Ministry of Health to regularly host day, week, and month-long Brush-a-Mania events in schools and kindergartens to introduce proper oral hygiene habits to young children, helping to foster a healthier lifestyle and eventually a higher quality of life.

In the fall of 2014, President Bako Sahakyan personally recognized Kiladjian’s efforts, presenting him with the Gratitude Medal for his services to the Republic of Nagorno-Karabakh. “The award means a lot to me,” he acknowledges. “It is a sign that the people and the government of Nagorno-Karabakh appreciate what our organization has accomplished and continues to do for the people and children of Karabakh.”

When he is not helping out in Nagorno-Karakakh or lecturing at international conferences, Dr. Kiladjian is hard at work at the Longwood Dental Group in Boston. As a highly trained prosthodontist, he is considered one of the Boston-area’s leading experts in the restoration of severely damaged teeth with fixed or removable dental prostheses and dental implants. In 2015, the International College of Dentists awarded him a Gold Key for meritorious service rendered in the art and science of dentistry, exemplifying the organization’s values of integrity, leadership and service.

Dr. Kiladjian founded the practice nearly two decades ago with a vision to establish one of Boston’s first comprehensive dental offices where an elite team of general dentists and specialists interact to provide a complete range of restorative dental care. Seventeen years later, the concept has become almost too successful. Longwood Dental is one of the city’s largest dental practices, with a staff of 30 dentists, hygienists and dental assistants who treat nearly 7,000 patients. To keep up, Kiladjian divides his week into administrative and clinical days. “I love my dentistry, treating patients, but unfortunately I can’t do that full time,” he admits.

His success story began in Damascus, Syria, where the son of an Armenian general in the Syrian Army grew up aspiring to become an engineer. He excelled as a student, earning top marks and, at his father’s suggestion, agreed to instead enroll in dental school at Damascus University. “Without my parents’ support and encouragement, I would not be where I am professionally. They taught me that being Armenian means being the best you can be,” he says, accounting for the drive and passion for learning that led him to pursue a more specialized career in dental medicine.

Following mandatory service in the Syrian army, that strong work ethic led him to London, where he was accepted to the prestigious Royal College of Surgeons to study oral and maxillofacial surgery. He then set his sights on the United States, where he completed a master’s degree in the prosthodontics program at Indiana University and obtained his Doctorate of Medicine in Dentistry (DMD) at the University of Connecticut before ultimately settling in Boston.

As his dental practice expanded, Dr. Kiladjian devoted part of his time to sharing his knowledge with students at Harvard University, where he served as the Director of Removable Prosthodontics at Harvard’s Dental School of Medicine. “It’s another way of giving back, which is part of my whole purpose in life,” he admits. “I genuinely believe the greatest pleasure in the world is derived from giving. And a lot of that stems from AGBU.”

Dr. Kiladjian was raised in a family with strong ties to the organization. His great-grandfather, Meguerditch Antranakian, was among the prominent members of Egypt’s Armenian community who helped Boghos Nubar establish AGBU in Cairo one hundred and ten years ago. Kiladjian’s grandmother and mother were both dedicated to AGBU, enrolling him in summer camps and winter programs in Damascus from an early age. “As I was growing up, AGBU became part of me,” he says. “That structure made a huge difference in my life as I understood from an early age the importance of charity, but also the power of organizations to bring together diverse talents with a common purpose, accomplishing much more than any individual alone.”

It’s a philosophy that he now instills in others, whether it is his staff, students or his own children. Daughter Talar is planning on following in her father’s footsteps, eyeing a career in dentistry, while son Albert is also considering a possible future in medicine. A proud father, Dr. Kiladjian is also a grateful husband to wife Margaret, adding that, “I would not have been able to do all this without the support and encouragement of my loving wife.”

As his own father once encouraged him as a boy in Syria, Dr. Kiladjian always taught his children to study as diligently and as early on as possible. “Don’t wait until high school or university, you should apply yourself from day one in order to make it in the medical profession,” he advises. The best way to get started, he recommends to students, is to shadow a dentist during school or take advantage of other volunteer opportunities to work with a dentist.

It should come as no surprise that Dr. Kiladjian also emphasizes the importance of getting involved in charity work, noting that universities now expect prospective students to be actively involved in community work. “We have a responsibility to raise awareness about the plight of the less fortunate and do as much as we can to help. That’s my main reward in life.”

The Insider talks with the incoming Alex Manoogian Chair in Modern Armenian History at the University of Michigan, Hakem Al-Rustom
END_OF_DOCUMENT_TOKEN_TO_BE_REPLACED

Stepan Khzrtian cultivates a culture of negotiation in Armenia
END_OF_DOCUMENT_TOKEN_TO_BE_REPLACED