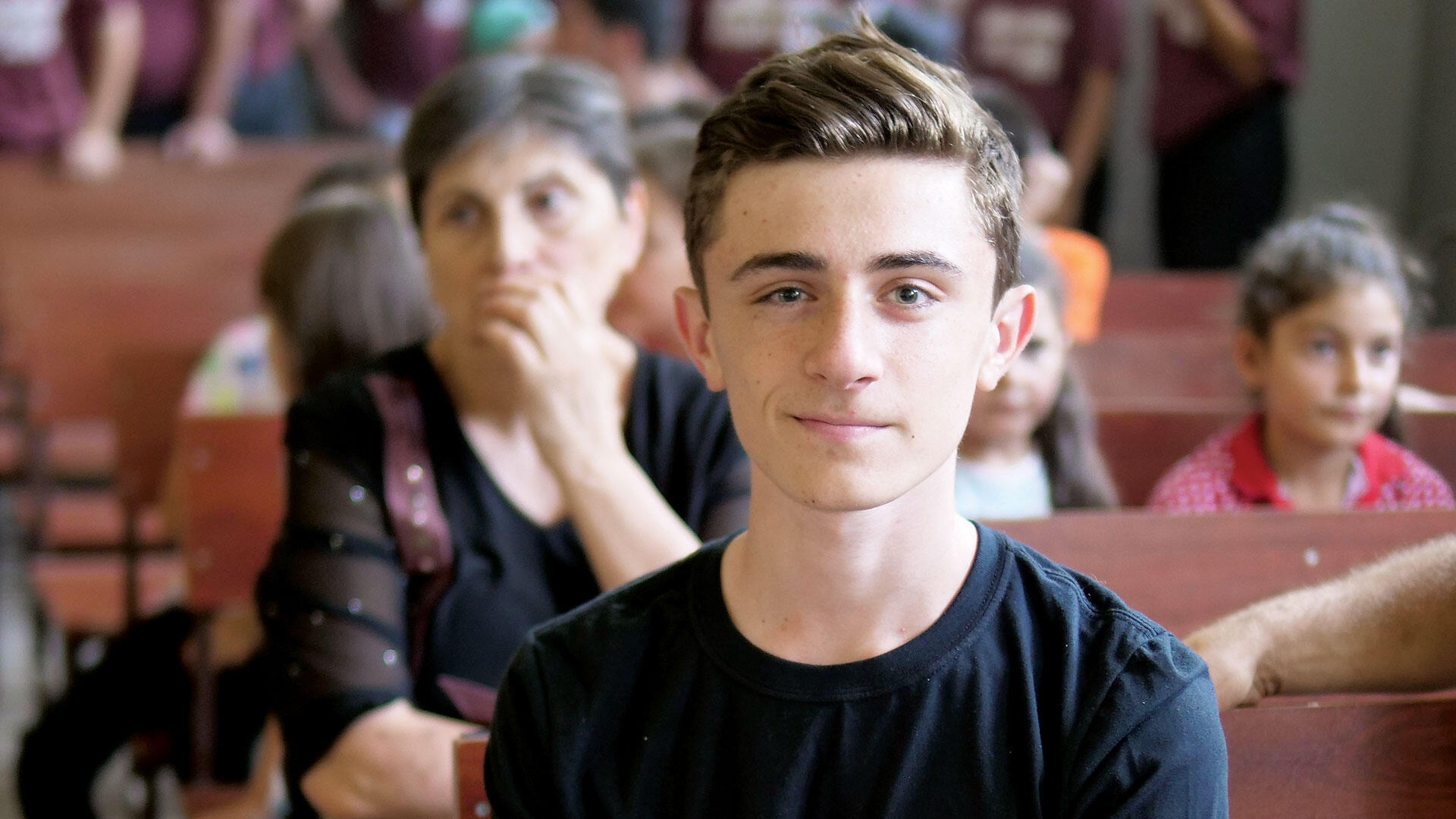 
In the sweltering heat of August 2019, 16-year-old Alexander Balikian of San Diego had a life-changing experience. It began while he was participating in AGBU’s Discover Armenia program, a three-week long service-based excursion to Armenia for diasporan youth. The group had just distributed backpacks, donated by Alexander, to the elementary school students in the Armenian border town of Sarigyugh. Much to his surprise, the children reciprocated with an impromptu song and dance performance

“I was completely moved to see how the children wanted to return the favor,” Balikian says. “I wanted to share this moment with the rest of my school.”

Motivated by how small gestures like distributing backpacks could make such a big impression, Balikian decided to pitch the idea of a service trip to Armenia to the non-Armenian students of Pacific Ridge School, more than 7,000 miles away from Armenia. Using the school’s service-learning core as a platform to jump-start this idea, Balikian created a presentation to propose it to the school’s Global Travel Program. According to Alexander, it worked with flying colors and the proposal was approved.

Balikian’s next feat was convincing his fellow students to spend 12 days in Armenia, which apparently was an easy sell with 16 of them signing up. Now they are focused on fundraising and learning all there is to know about Armenia in a “Habitat for Humanity” styled expedition set for the end of May and first week of June 2020.

“Personally, as a young Armenian, I feel it’s very important to give back,” Balikian reflects.

“Especially my generation. My parents, grandparents, and uncles have shown me the importance and joy you receive from giving back.”

While Pacific Ridge School has other unique service-learning programs already in place, Balikian’s will be the only student-led excursion of its kind, a big responsibility on the shoulders of one high school junior. The group is taking a service-learning class called Global School Connections (GSC) throughout the school year, researching Armenia and reaching out to other international schools for specialized support.

In the past, Balikian and the GSC program have raised money to support a school in Morocco, scholarships in China, and a book drive in India. “The idea behind GSC is that you can cater to every school’s needs.” Recently, he applied for a grant to support the Armenia trip for his school and the school board awarded $1,000 to help fund his Armenia itinerary and various projects there.

Balikian credits his mother Nora, an active member of the AGBU community, and Hermine Duzian, the director of the AGBU Discover Armenia Program, for their support in organizing the experience, and assisting with logistics like budgeting and lodging.

This trip is unlike any other because we don’t have the advantage of language immersion, which is hard for non-Armenians to learn, but we have such a rich and vibrant culture and friendly environment that students are sure to get excited about contributing to Armenia.

Nonetheless, Balikian is researching the ideal itinerary for his classmates, which is already brimming with Armenian history, current day politics, and what Balikian is most excited to share—the delicious food. “This trip is unlike any other because we don’t have the advantage of language immersion, which is hard for non-Armenians to learn, but we have such a rich and vibrant culture and friendly environment that students are sure to get excited about contributing to Armenia. We are all excited to do our part for Armenia and as I have experienced, you will get a lot more out of Armenia than what you give it.”

Balikian’s boundless energy and grit are inspiring for such a young go-getter. “Obviously, it’s a lot more work on top of homework and studying. I can manage it by referring to a speech by Arnold Schwarzenegger, who said that you have 16 waking hours in a day, you should be able to organize all those hours if you’re getting good sleep. And honestly, that’s what I do.”

Service isn’t the only aspect of school that Balikian excels in. He also finds time in his packed school schedule for sports and the arts, while sustaining a social life. Beyond planning the ins and outs of service trips around the world, Balikian is on the California scholastic honor roll. He also demonstrates his knowledge of foreign affairs as the Secretary General for his Model UN meetings, where he often represents Armenia and gives voice to the Velvet Revolution, the movement that inspired him to become even more involved with his ancestral homeland. His long list of extracurricular activities also includes participating in academic league competitions, cross-country running, and singing in an acapella choir. He is also the lead singer of rock band “WACK,” set to compete in Battle of the Bands competition, in addition to performing at benefit concerts and composing their own music.

Though Balikian is interested in pursuing the biological sciences, his current focus is to educate his peers about Armenia. “By showing my friends the wonderful culture and history of my ancestral homeland, I want others to learn and spread the word about this great nation.” But his story is already a lesson for all of us: you don’t have to reach a certain age to become a changemaker.

The need for speed, scope and clarity in assessing crises on the ground gave Hripsime Matevosyan an inspired idea
END_OF_DOCUMENT_TOKEN_TO_BE_REPLACED

Varya Meruzhanyan has one of the world’s toughest challenges on her plate: food insecurity
END_OF_DOCUMENT_TOKEN_TO_BE_REPLACED

School is never far from home for Linda Karibian
END_OF_DOCUMENT_TOKEN_TO_BE_REPLACED