Skip to main content
Image
Layout
A- A+
read
AGBU Magazine | Remembering the Past, Redefining the Future

Nurse Ellen Mary Gerard and the Near East Relief in Pictures

More than a century ago, the plight of Armenians in the Ottoman Empire captured the imagination of the American nation thousands of miles away. Reports of atrocities and accounts of the suffering of the world’s first Christian nation prompted Americans to act, undertaking a massive humanitarian relief mission to send food and medicine for Armenian refugees in the Middle East. Largely forgotten today, American mobilization for the Armenians is an episode in history that reflects a spirit of international activism that laid the foundation for the modern human rights movement embodied by organizations such as Amnesty International and Doctors without Borders.

Under the leadership of the American Committee for Armenian and Syrian Relief (ACASR), later renamed the Near East Relief (NER), missionary physicians opened hospitals throughout the Ottoman Empire and recruited nurses from the United States, Canada and Europe. Among these many brave ‘sisters of mercy’ who cared for and helped save the lives of tens of thousands of orphans, widows and refugees was a nurse named Ellen Mary Norton Gerard. Born in Lake City, Minnesota in 1883, she volunteered for the Near East Relief in 1919 and served for three years in Greater Syria, caring for more than one thousand Armenian orphans surrounded by destruction and starvation.

Gerard’s story might have been lost forever were it not for a chance phone call to the Armenian General Benevolent Union’s (AGBU) Central Office in New York more than a decade ago. The concerned caller noticed a set of genocide-era photographs for sale individually at a military antique shop in Glendale, California. Not having seen the photographs themselves, yet recognizing how rare photography was in the Ottoman Empire during the period, the AGBU Young Professionals of Greater New York group took a leap of faith, pooled their money and purchased the entire collection. Only when the set of images arrived did they realize the nature of the historic treasure they had uncovered. There were nearly two hundred black and white photographs taken by Gerard in the Middle East, depicting the aftermath of the Armenian Genocide.

In the haunting expressions on the faces of survivors making their home in a cave or the wild eyes of the boy found wandering alone in the desert, Gerard captured the psychological wounds and trauma wrought from the depths of horror and heartbreak. The hand-written captions on the back of many photographs provide voices to the faces of those orphans and refugees who would otherwise have been silenced. In the case of the desert boy, for instance, we learn from Gerard’s scribbled note:

This child was found in the desert—He had lived on roots + herbs + grass for nearly two years. Was like a little wild animal when found. He was treated by M.[Mr?]E.R. + survived.

The majority of Gerard’s photographs, however, tell another story. The images of the ill recovering in hospital wards; life in the orphanage represented by the relieved faces of children having a bath; and the woman baking bread on heated stones on the ground, are just a few of the examples through which Gerard manages to convey the inner strength, perseverance and resilient spirit that enabled Armenians to survive and start over. The photographs furthermore reveal the extent of the emotional attachment Gerard felt towards the orphans she cared for. On the back of one photograph she writes:

Some of my little orphans a part of the 1600 homeless children. I love them all. That is why I am signing for another 6 mo's. Aleppo, Syria.

During her three years with the Near East Relief, Gerard also served as an empowering role model for the young Armenian women she trained to become nurses. The NER and the American Women’s Hospitals established nurse-training schools to meet the educational needs of Armenian nurses who would care for the sick and devastated survivors. As noted by Isabel Kaprielian-Churchill in her book Sisters of Mercy and Survival: Armenian Nurses, 1900-1930, Western-educated healthcare professionals like Gerard were “more than symbols of change. [They] were also agents of change,” by providing Armenian women with access to modern nursing and enabling them to pursue education and care for the sick and wounded, ultimately helping assure the survival of their nation.

With their courage, kindness and devotion, nurses like Ellen Mary Gerard played a pioneering role in the development of modern nursing in the Ottoman Empire and neighboring countries. Her remarkable collection of photographs offers a precious glimpse into the incredible stories of survival, but also serves as a reminder of the selfless dedication and courage of all nurses who helped save the lives of thousands of orphans and refugees of the Armenian Genocide. 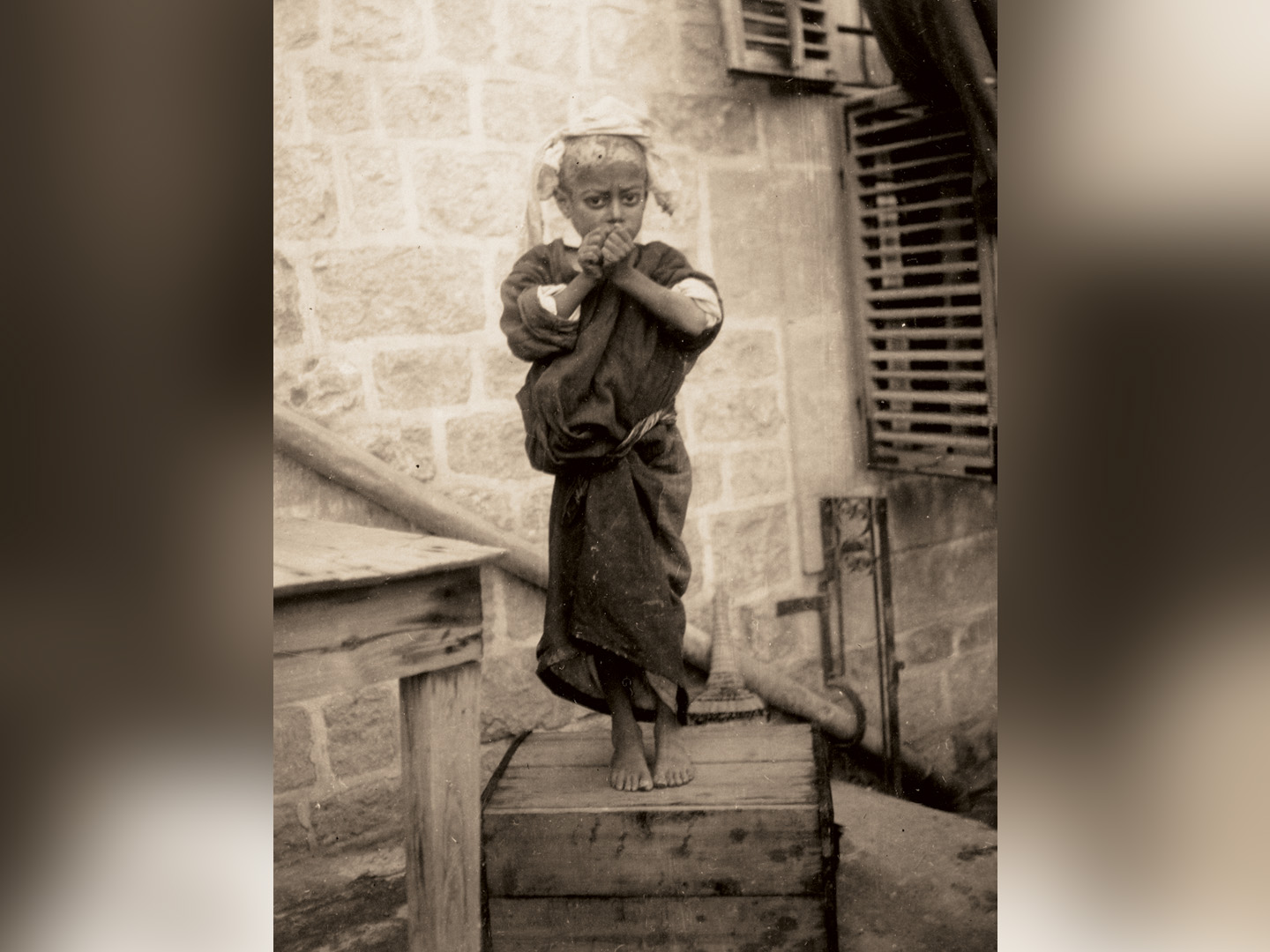 Boy found in the desert
Image 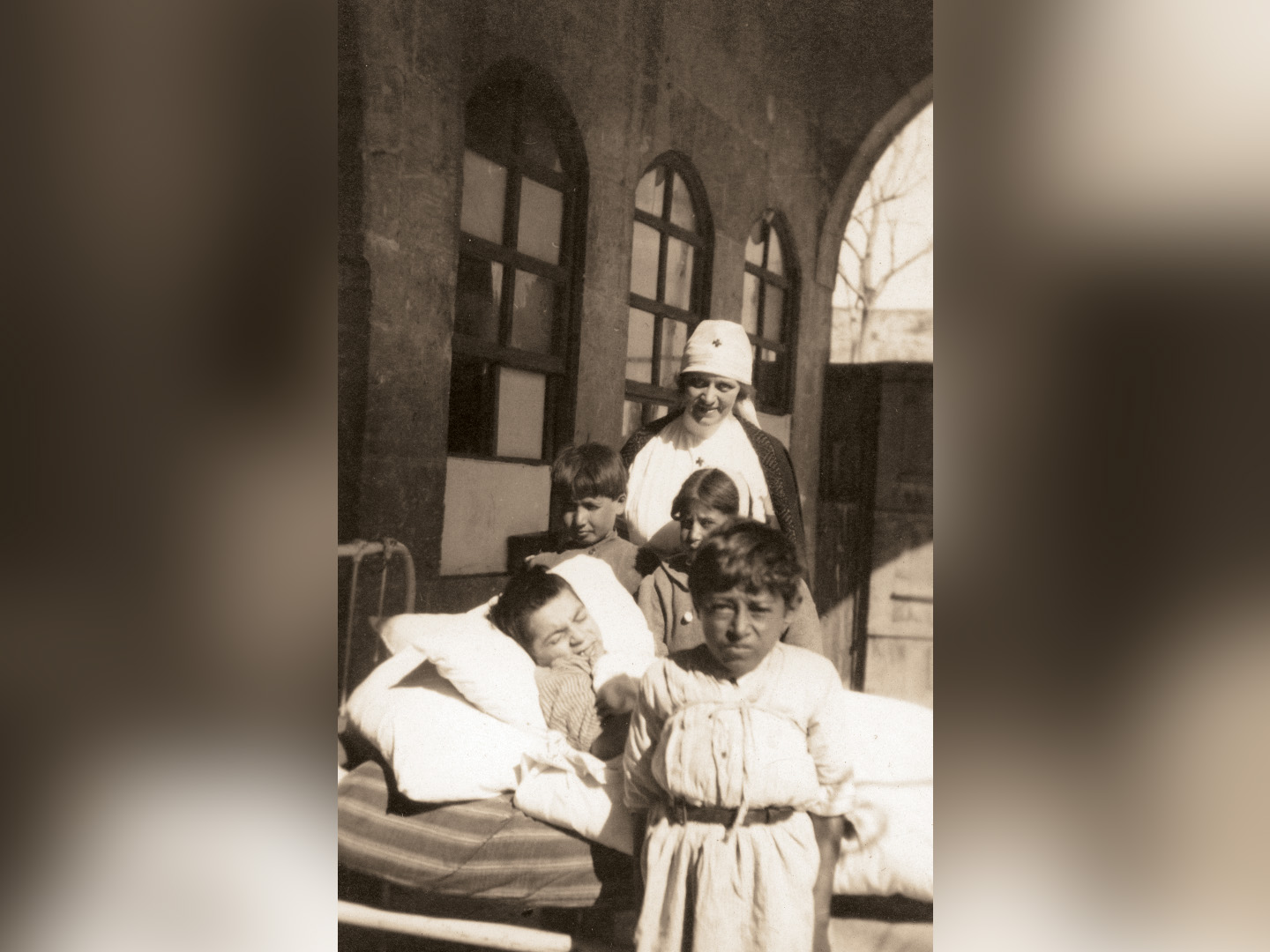 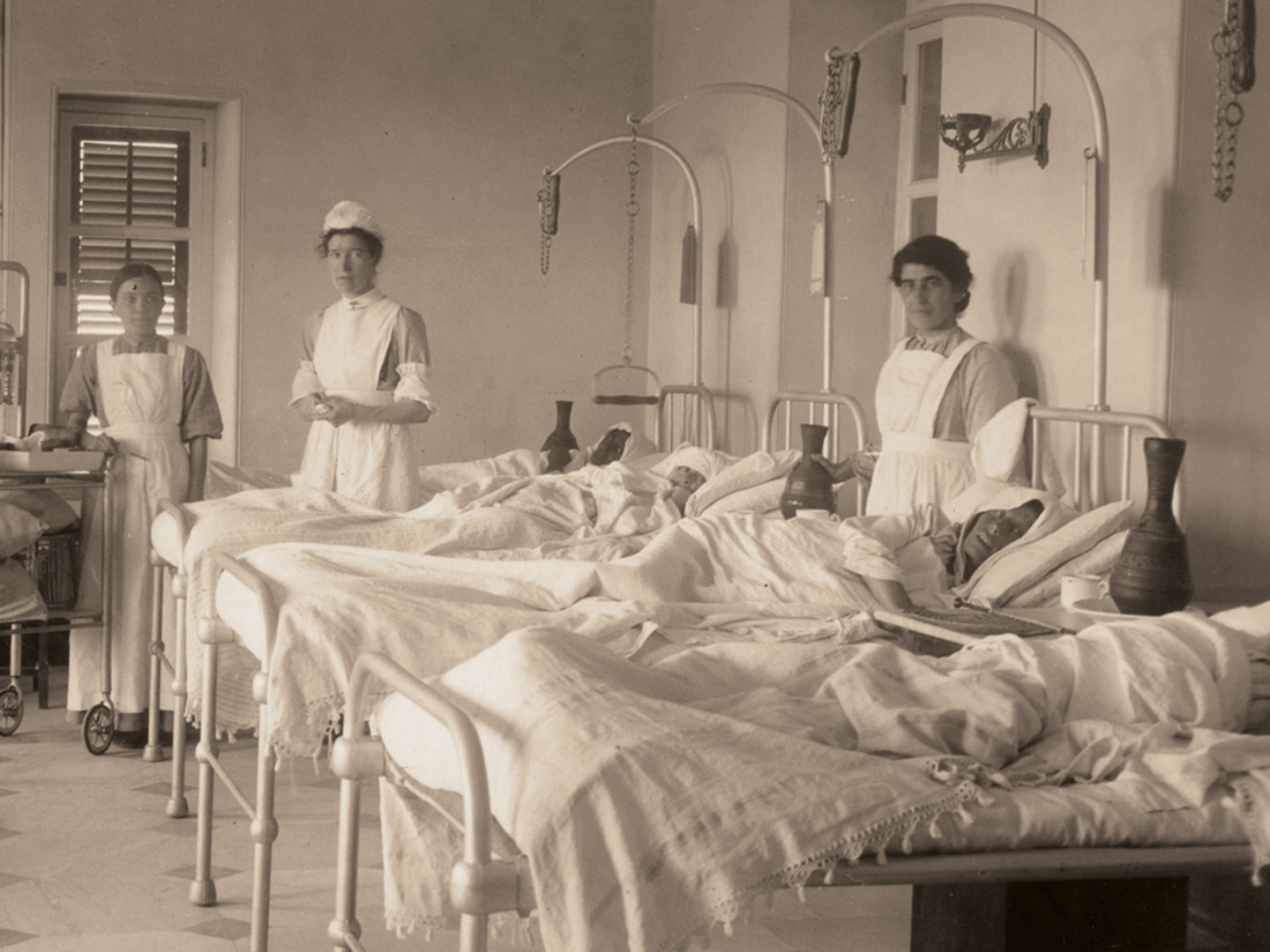 A ward in the Altounyan Hospital, Aleppo, 1920.
Image 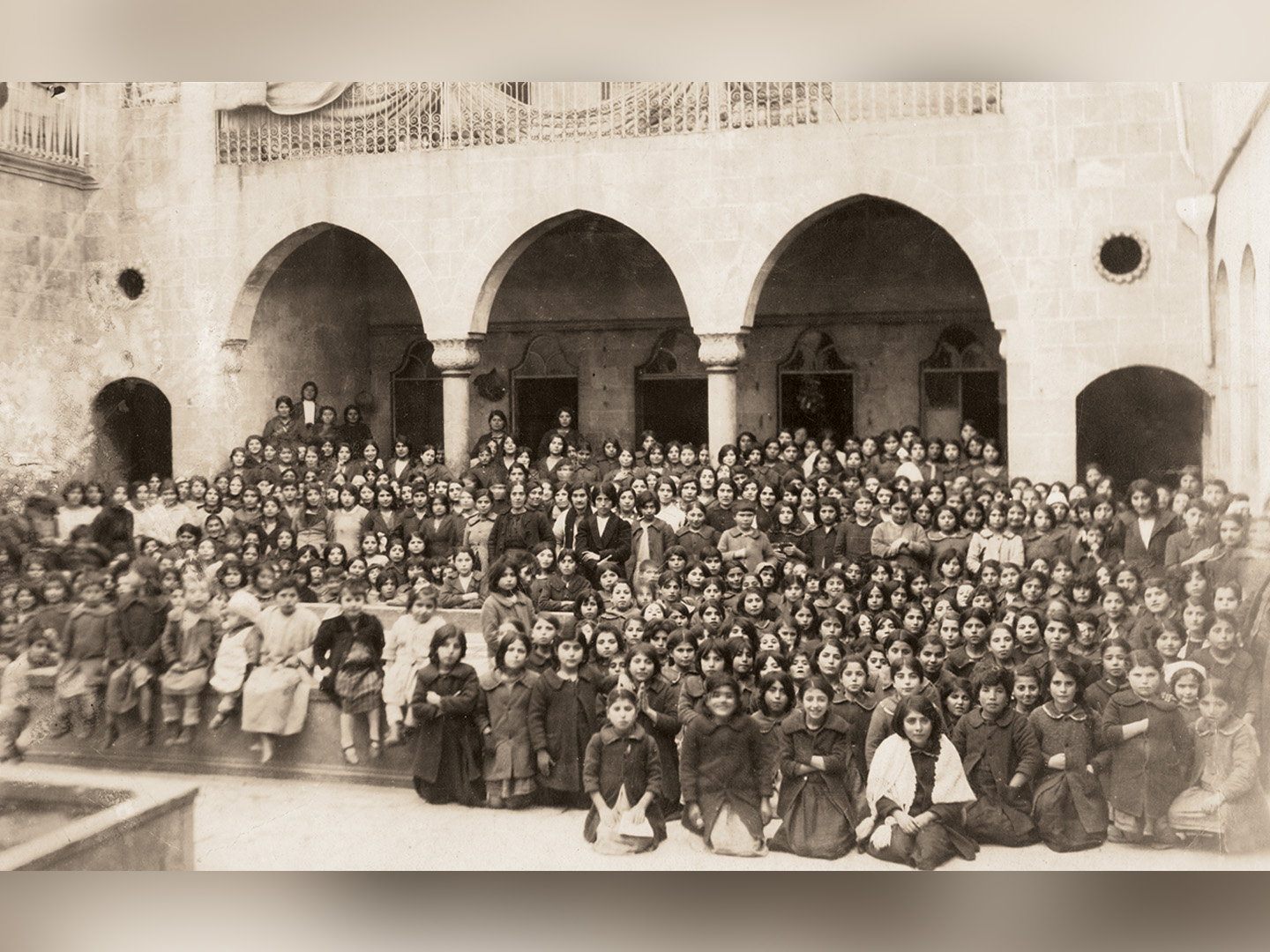 Some of the 1600 orphans Gerard looked after in Aleppo
Image 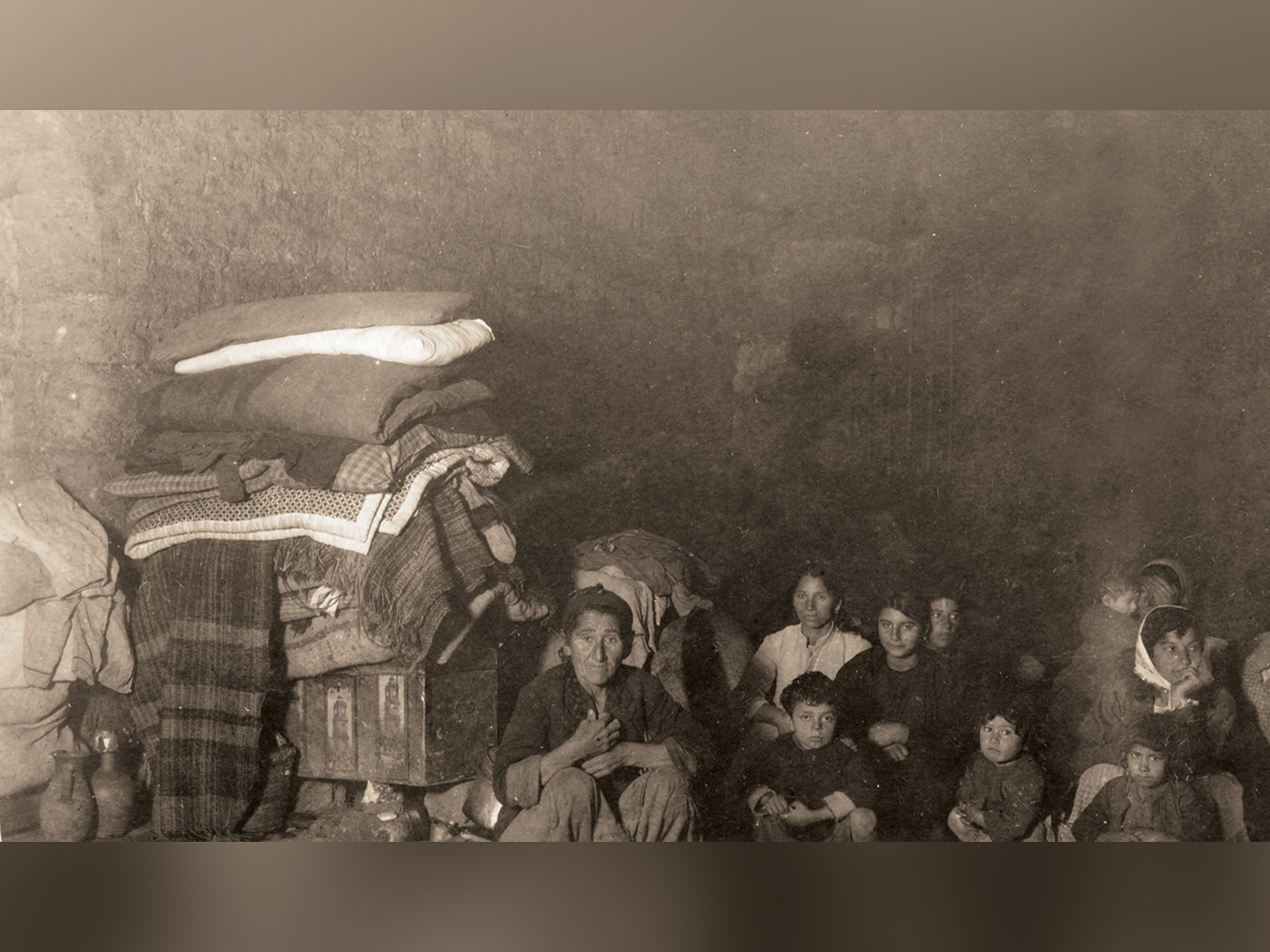 Armenian refugees making their home in a cave, Syria
Image 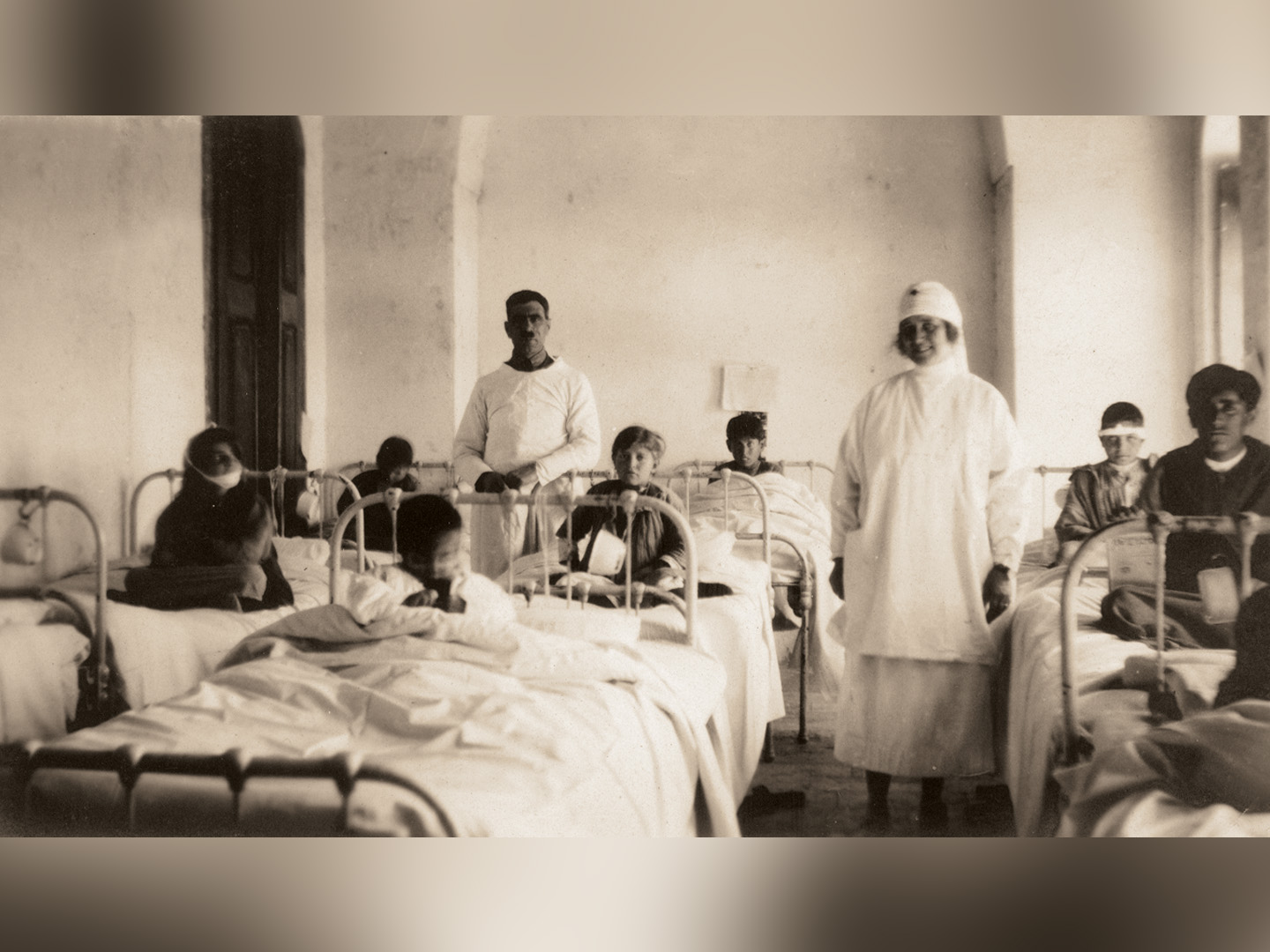 Originally published in the April 2015 ​issue of AGBU Magazine.

A Conversation with Peter Balakian
END_OF_DOCUMENT_TOKEN_TO_BE_REPLACED

The Diaspora Project: Armenian communities around the world a century after genocide
END_OF_DOCUMENT_TOKEN_TO_BE_REPLACED

AGBU relief efforts in the aftermath of World War I
END_OF_DOCUMENT_TOKEN_TO_BE_REPLACED

Issues of Identity and Mobilization
END_OF_DOCUMENT_TOKEN_TO_BE_REPLACED