Her sheer determination earned her the stripes she needed to deftly navigate the rough and tumble arena of the U.S. Congress for 12 years. Today, she is one of the most respected experts in the field of government affairs, even after switching from the public to the private sector as the current Vice President of Government Relations at MacAndrews & Forbes Incorporated—a private, diversified holding company based in New York with interests in a broad portfolio of industries from cosmetics and digital entertainment to biotech and national defense. In its Washington office, she and her colleagues sit at the intersection of all its companies, advocating for their priorities and interests at mostly the federal level.

Such is the improbable trajectory of this bright eyed Armenian-American from New Jersey and who first came to Washington as a high schooler representing part of a model United Nations group. After that experience, Kenderian-Aronson became interested in international relations and began to map out her game plan. Step one: enrolling at American University. As she tells it, “I decided to spend all four years in D.C., not just one semester, so I could use the city as an extension of the campus. I started pursuing internships and job opportunities to enhance my studies.”

First, she interned at the Office of the U.S. Trade Representative, then at the U.S. Mission to the European Union while studying abroad in Brussels, and then for a former Commissioner of the U.S. International Trade Commission. During this time, she developed close contacts and relationships that set her apart from her peers. “After my internship experiences, I focused my job search on international trade, and the prospect of working on trade policy first led me to the Hill.”

She started from the bottom—working for the then-House International Relations Committee, writing background memos, drafting questions, and performing entry level tasks. From there, she moved up to a Legislative Assistant and then Legislative Director for the personal Congressional offices of then-Congressmen Howard P. “Buck” McKeon and Jim Saxton, drafting talking points for speeches and for vote recommendations as well as monitoring floor proceedings and meetings with constituent and interest groups. Seven years later, she was promoted to Chief of Staff for Congressman Saxton, responsible for all legislative and political operations.

She recounts how the most rewarding part of working for Capitol Hill was the opportunity to “solve problems, sometimes at the individual level with constituents faced with challenges which only the office was in a position to fix.” Other times it involved a national problem that could only be addressed with legislation. “It was a terrific feeling going to work every day knowing you had this responsibility to make a difference,” she noted.

When asked what part of that job was most frustrating, she talked about the public misconception that Members of Congress don’t work very much. “In reality, the vast majority of Members and their staff work 12 to 14 hours a day, weeks on end, juggling committees, meetings, representing their districts and all that work is never really done. There is always something you can do to address a pending issue or solve a problem. But there just aren’t enough hours in the day to accomplish everything for everyone who depends on you,” she explained.

Reflecting back on the last two decades, Kenderian-Aronson stated without hesitation that her proudest achievement is the fact that “I came to Washington when I was 18 without knowing anyone, not having any advantages and navigating that path all on my own. The success I achieved and choices I made were driven by never letting an opportunity pass me by. I would go to every event and not leave until I had met at least three people I didn’t know, going out on a limb making connections and doing political work to advance my congressional career. I made it happen on my own.”

This doesn’t mean that she isn’t grateful for the support she received from the Armenian community, which began very early in her life. “My AGBU experience at Camp Nubar was my first understanding of this idea of support that exists within the Armenian community. It was an opportunity for me spend part of the summer with other Armenians and explore our culture together, forge lifelong friendships and the unbreakable bond of community. It was the best part of my childhood.”

Kenderian-Aronson speaking on Capitol Hill at the 2016 Genocide Commemoration, where she presided as the MC for the event. Photo by Noah Willman.

As an adult building her career, she found that Armenians were still there for her. “There were Armenian staffers on the Hill and we supported each other. So as my career advanced, I felt my individual success translated to the broader Armenian community. From a political perspective, politics is the business of people. Seeing that Armenians are vested in seeing other Armenians succeed is very special.”

The depth of these feelings are based, as Kenderian-Aronson described it, on “the tremendous sacrifice and hardships suffered by our ancestors over 100 years ago. Their survival and perseverance are what enabled us Armenians to be here today. As a result, every generation needs to do its part to help those following them to flourish even more.”

Reason enough why she now encourages Armenians to come to Washington to pursue a career in politics. “The first thing I tell young people is that working in public policy is a rewarding career. You are in the trenches with likeminded, passionate and smart people working to make a difference for the country. As for practical advice, move to D.C. to increase your chances of finding a job. Applying for a position remotely from home doesn’t work. This is a people business.”

She is a font of professional wisdom and career advice: “When you get a job, you have to go the extra mile. In Washington even in the most entry level positions, opportunities come up all the time to help out on a project, work late, or promote an issue—say yes to every single one, broaden your knowledge base and build a strong network of people who will want to help you succeed,” she advised.

I came to Washington D.C. when I was 18 without knowing anyone, not having any advantages and navigating that path all on my own. The success I achieved and choices I made were driven by never letting an opportunity pass me by.

She also stated that in politics, you have to pick a side. “Know where you are politically and start building your political resume on that. This helps you stand out from other applicants. Every job has a pile of resumes, what offices are looking for is people aligned with their political views,” she noted.

Taking sides is a way of life for Kenderian-Aronson, especially when it comes to her Armenian identity. “It’s important to me to support events like the annual Congressional Armenian Genocide Commemoration event on Capitol Hill. Our community is extremely fortunate to have strong advocates in Congress like Congressman Frank Pallone of New Jersey, and we have to do our part to support their tireless efforts to advance Armenian priorities in Congress. For this reason it is important for those of us in D.C.  to support and recognize the sacrifice of those who perished. I also served as the MC during the 101st anniversary of the Genocide, which was a moving experience for me.”

Little wonder why Kenderian-Aronson makes a concerted effort to expose her young son and daughter to the Armenian community. “They attend Sunday school in D.C. , which is a fantastic way for them to become part of the community just the way other Armenians organically learn about what it means to be Armenian,” she said. She recalled an early experience in her life that made an indelible mark: “In fifth grade, I wanted to do a class report on Armenia and my teacher said I should do it about Turkey! It taught me that it is incumbent on me to teach others about Armenia and tell my story. I can’t depend on others to do that.”

Now in the prime of her career, with so much real-world experience behind her, Elise Kenderian-Aronson is still following her own advice—never passing up an opportunity to challenge herself to ever greater heights. Having already climbed to the top of the Hill, the next logical step for a self-made woman of such intellectual skill and force of spirit should be nothing short of moving a mountain. Stay tuned. 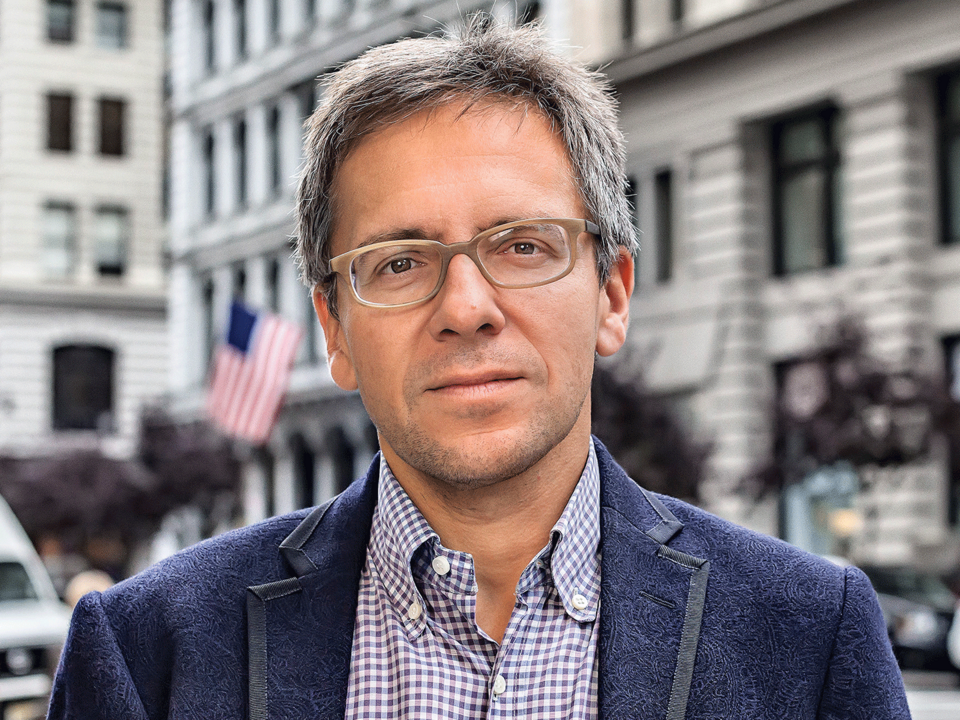 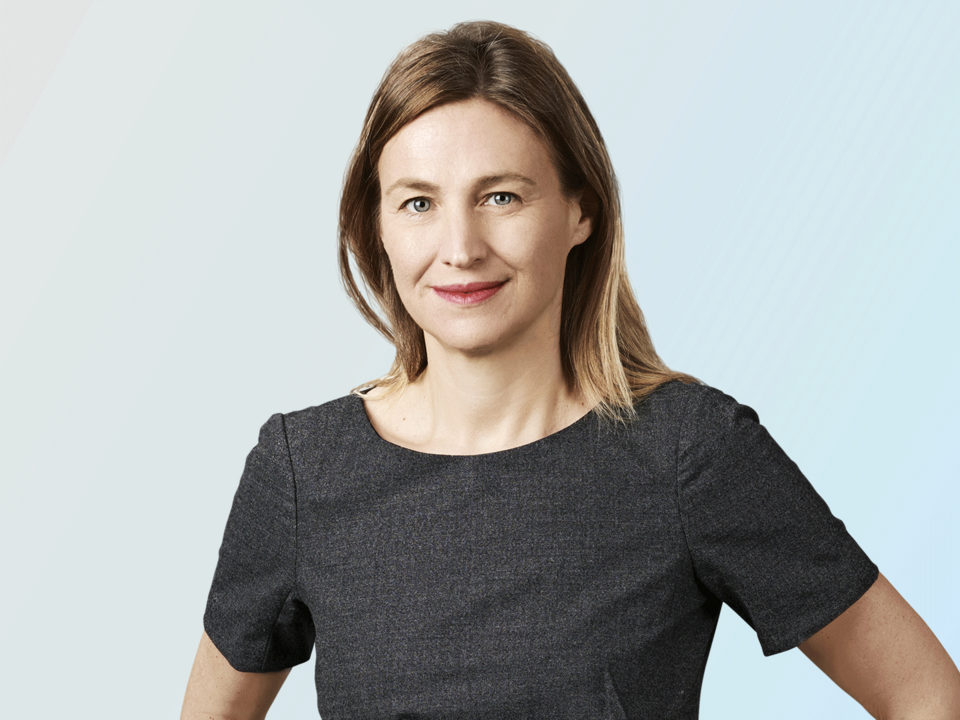 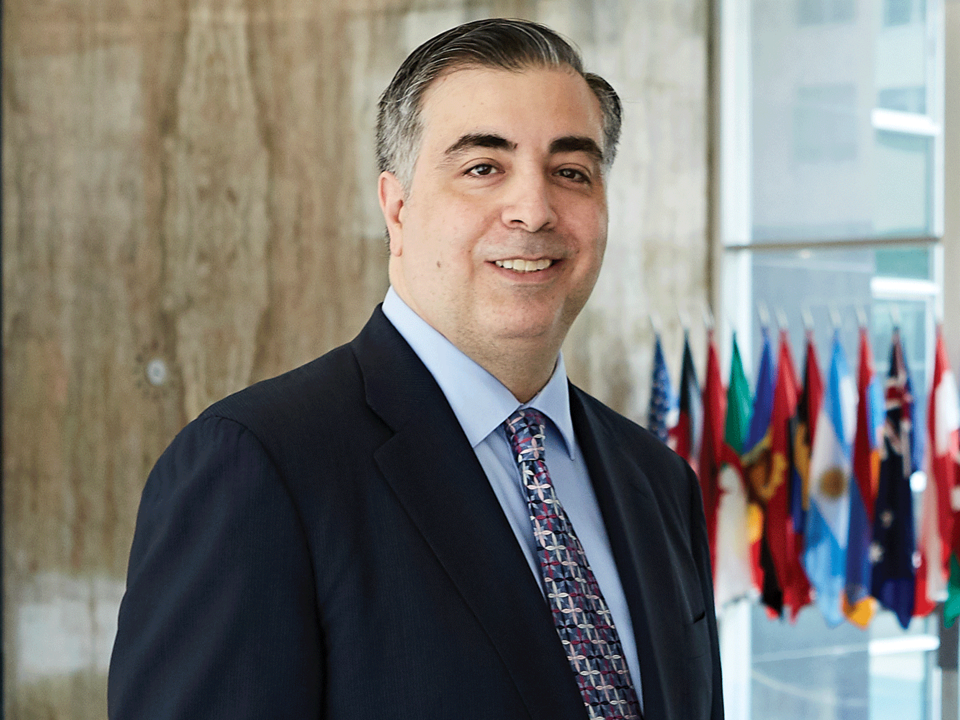 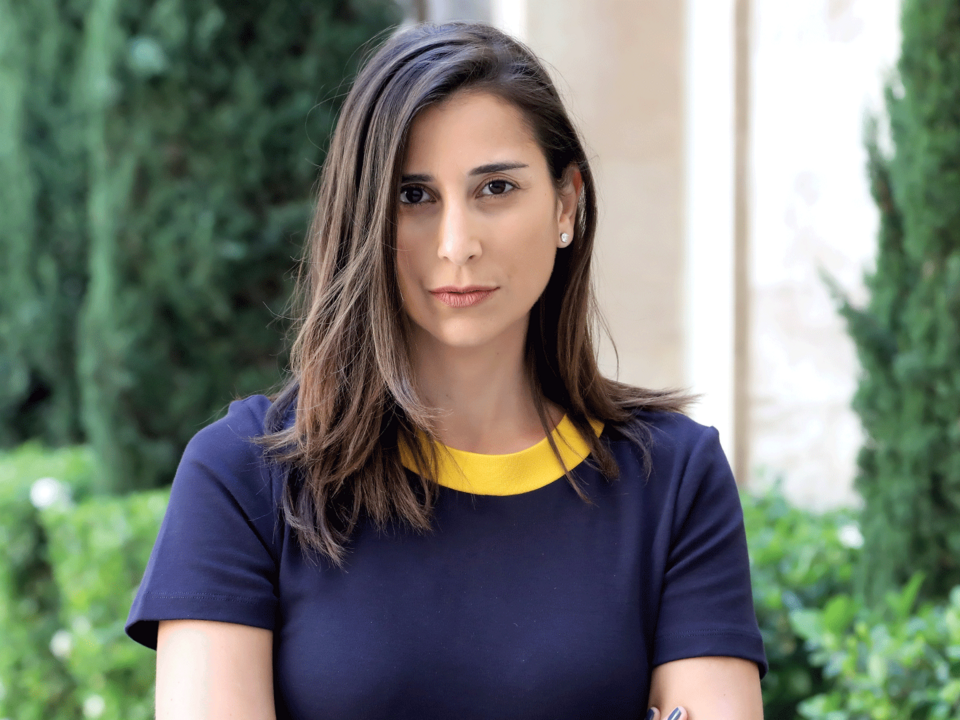 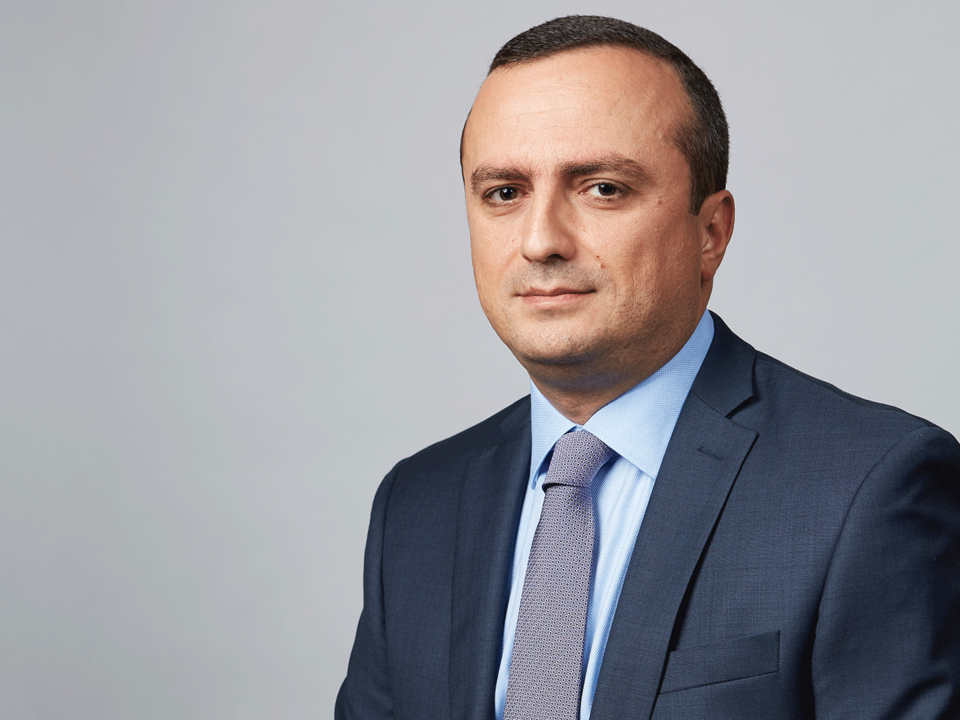 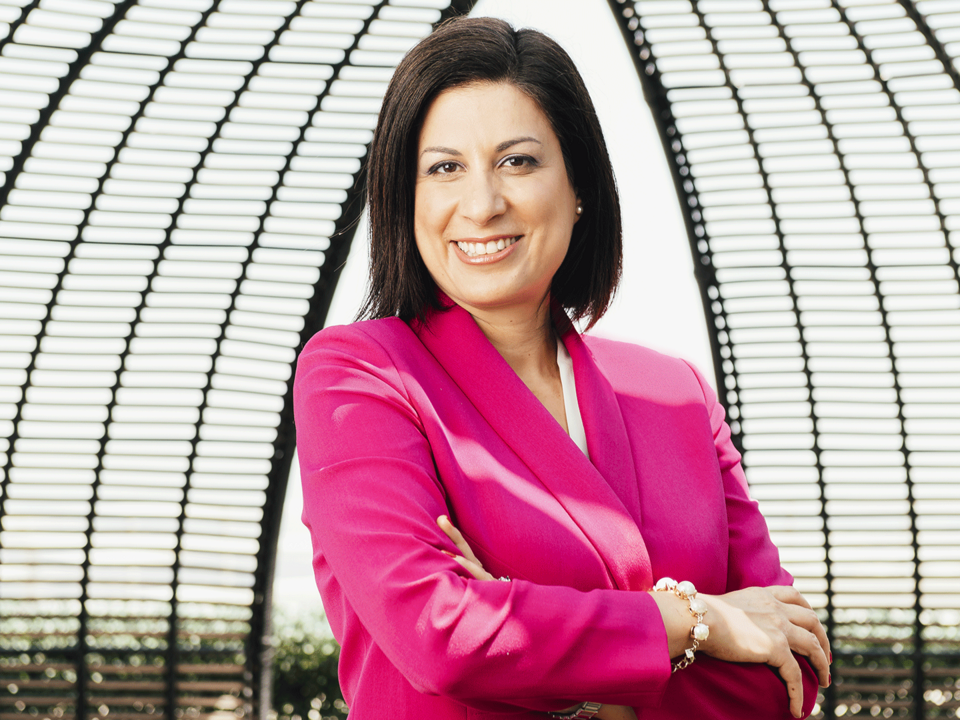 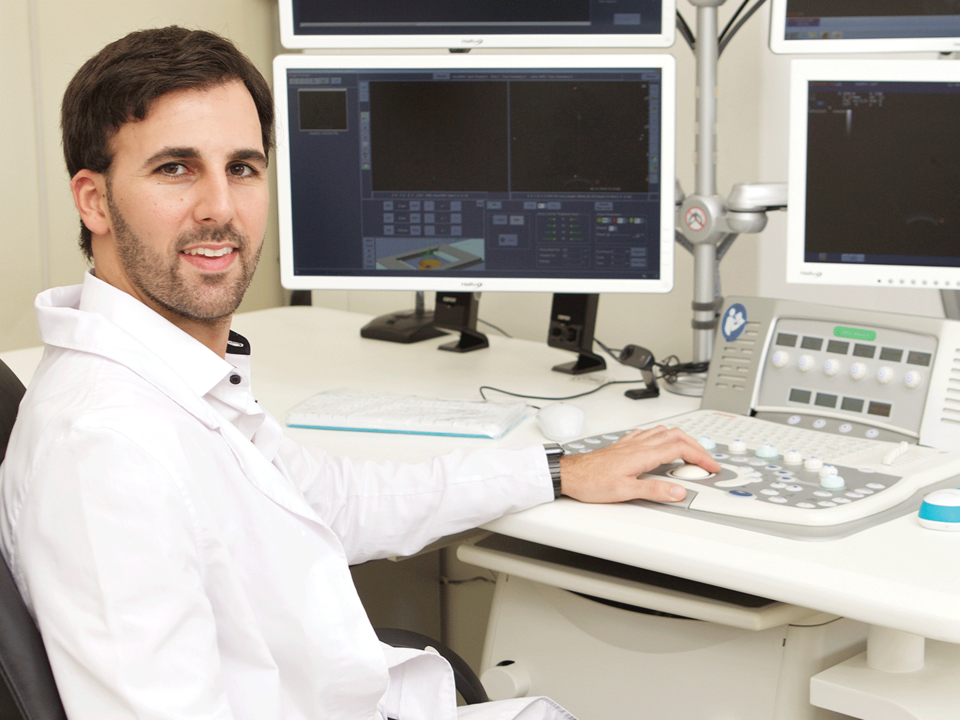 General surgeon Dr. Federico Keten is at the forefront of emerging medical technologies to reduce the burden of cancer in Argentina
END_OF_DOCUMENT_TOKEN_TO_BE_REPLACED 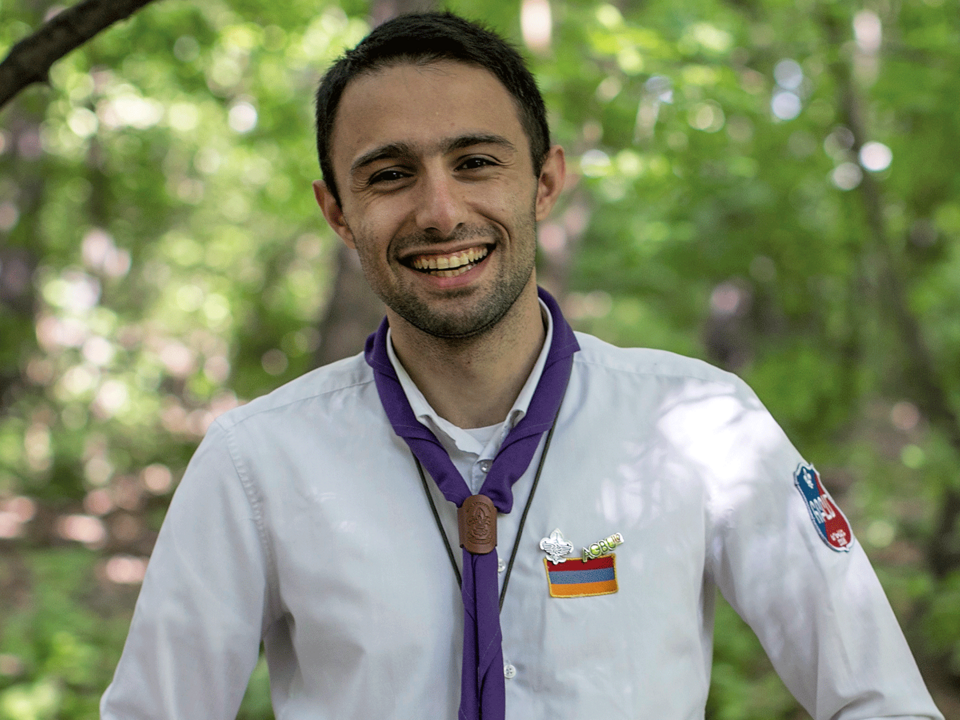 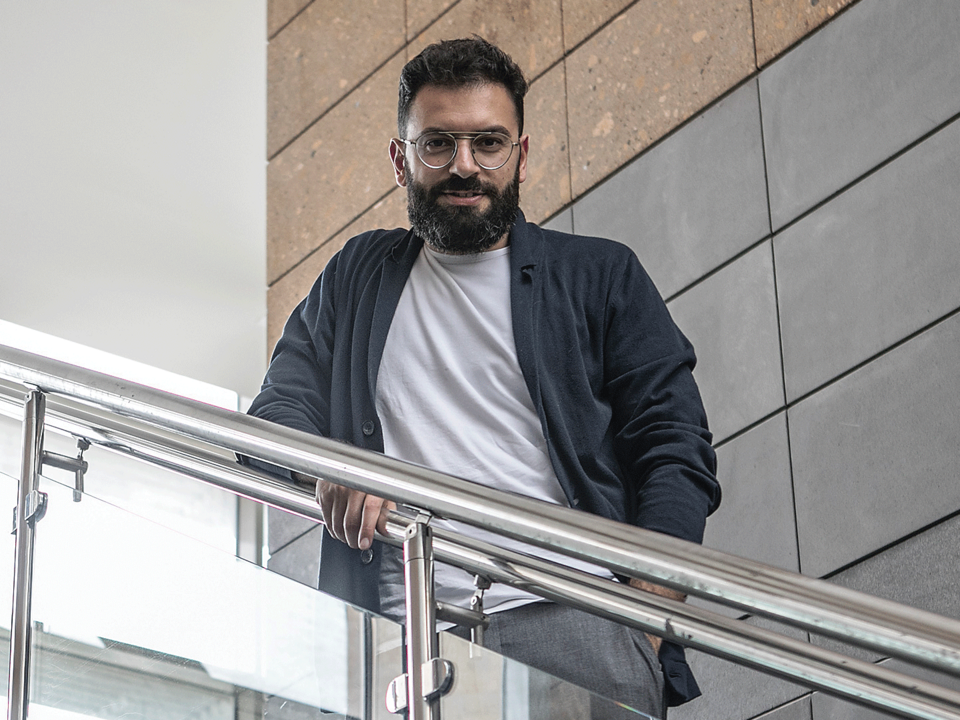 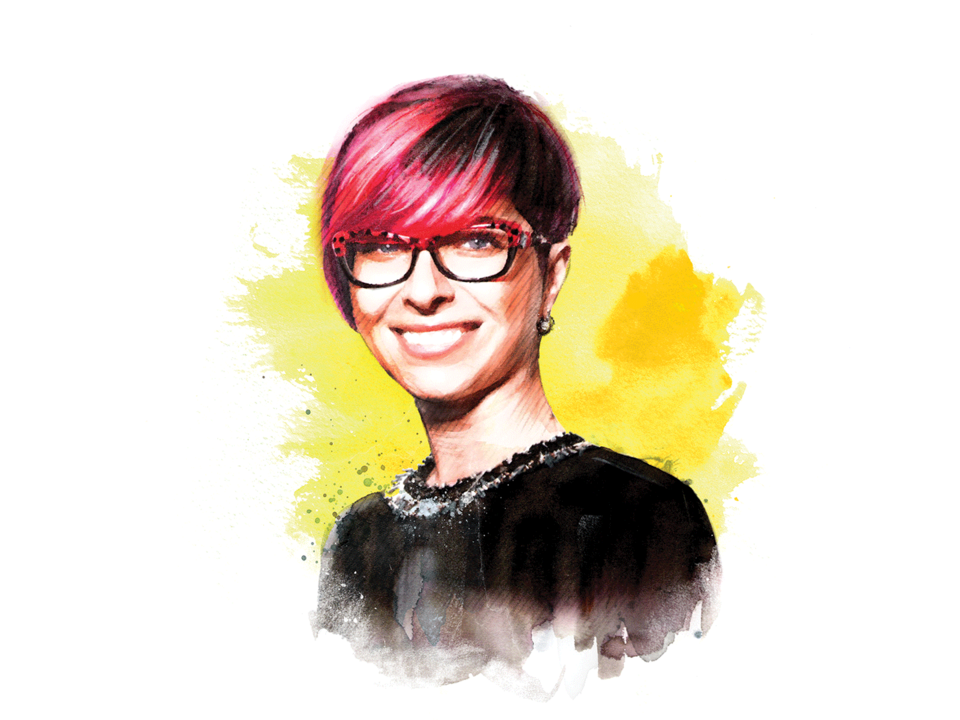 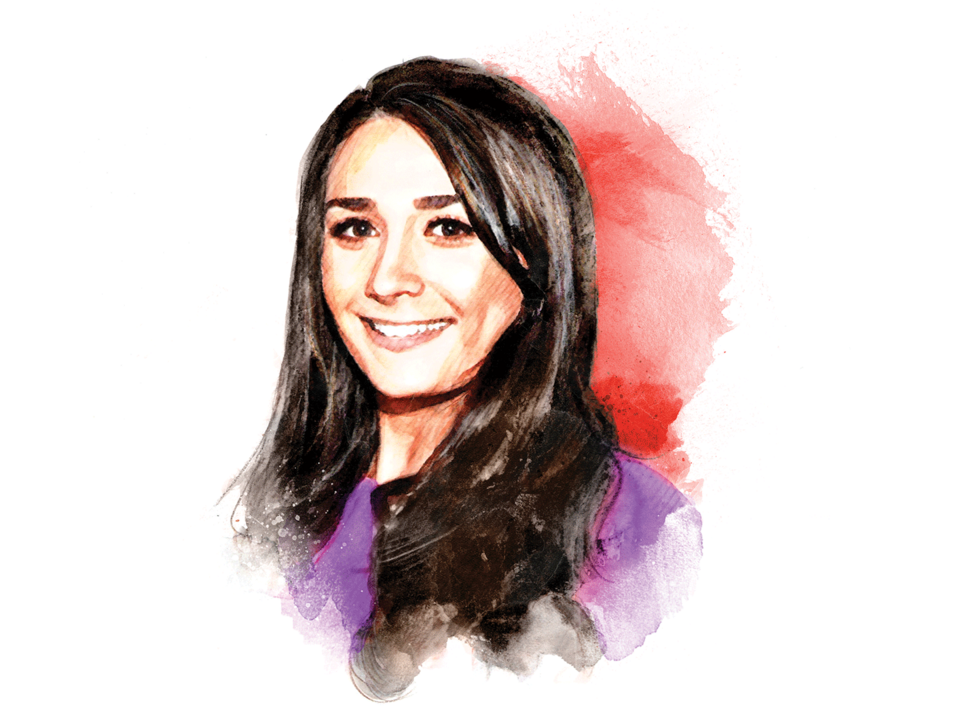 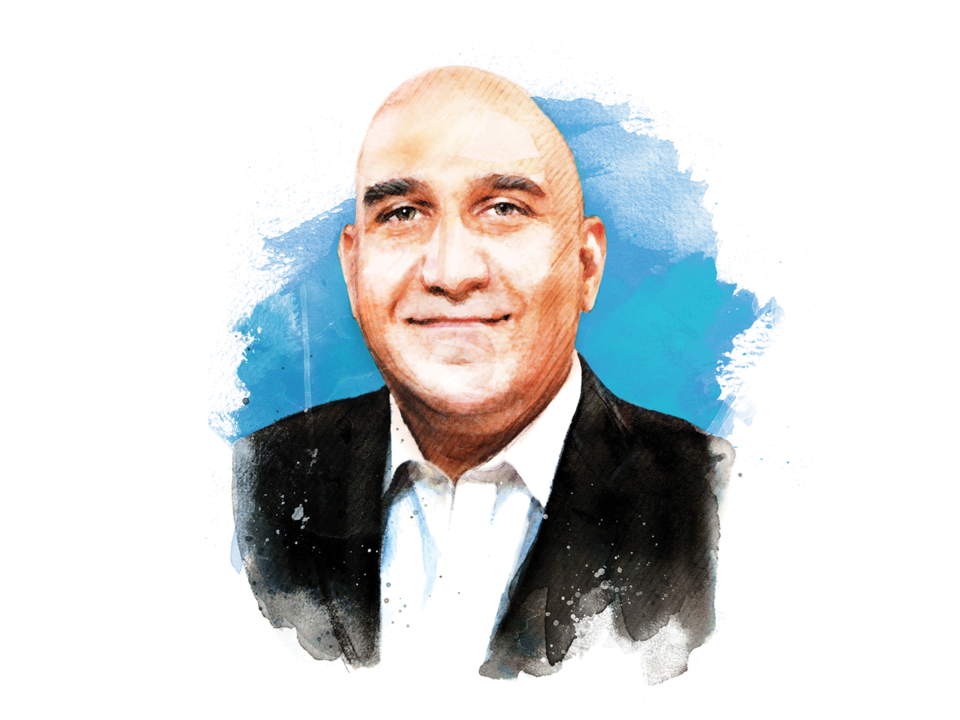