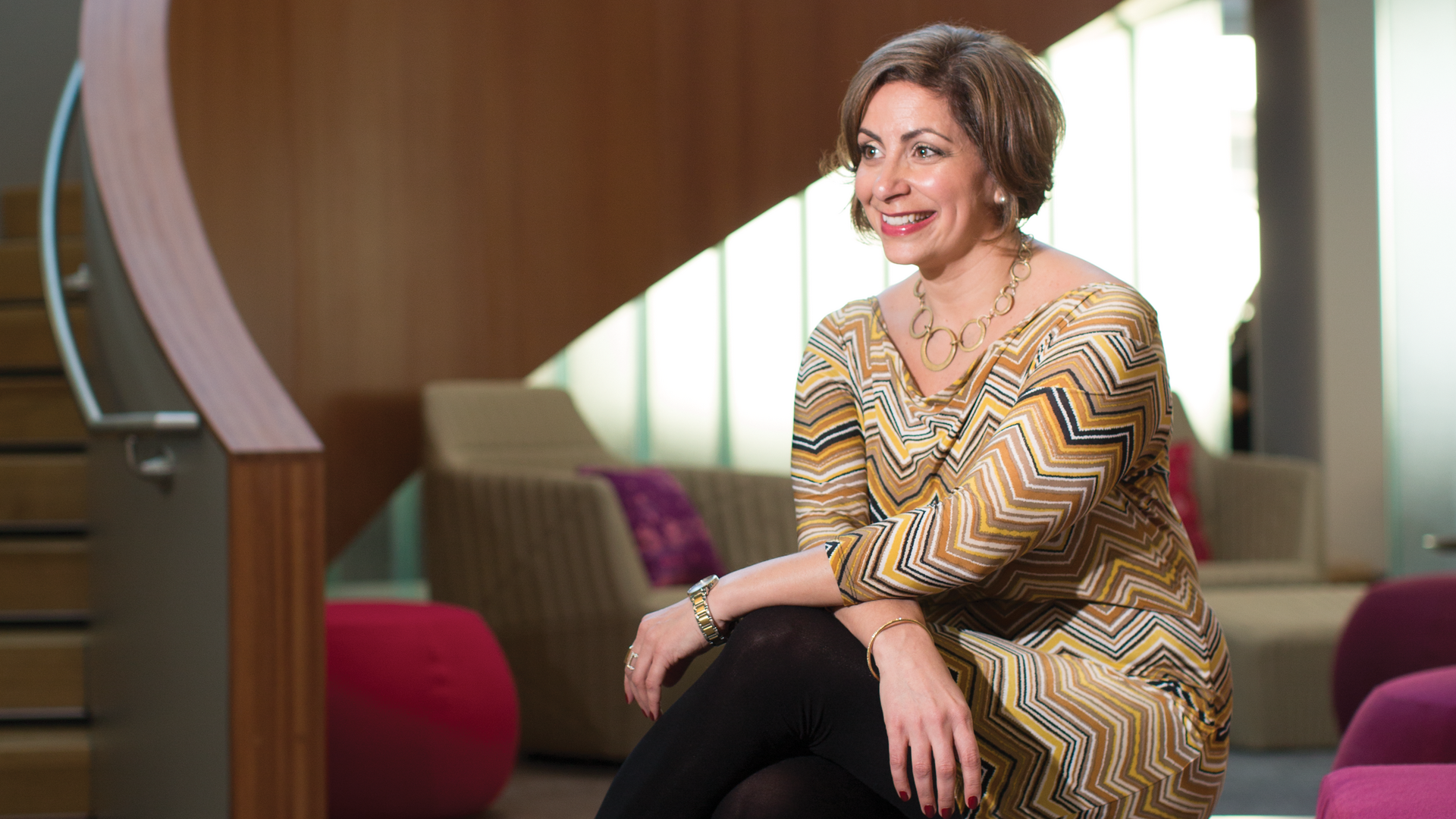 
Advances in technology are reinventing the ways in which we live at an unprecedented pace. And yet the engine of that change—the technology sector—has stalled in the past. Simply put, Silicon Valley is overwhelmingly run by white men while society is becoming increasingly diverse. Just look at Microsoft, where a recent survey revealed that men make up 88% of its executives. Grossly under representative of African-Americans and Hispanics, and sorely lacking a female perspective, the companies responsible for designing our future are failing to account for diverse perspectives of what is useful or important.

The issue will not be solved by technology, but by a growing movement that has recognized the need for change. In Oakland, California, the focus of the Kapor Center for Social Impact is to make the technology ecosystem more diverse, inclusive and impactful by removing barriers to science, technology, engineering and mathematics (STEM) for women and underrepresented people of color. As the center’s Director of Media Relations, Kim Bardakian is responsible for working with local and national media to help amplify that mission.

“We are particularly interested in positive social impacts for communities that have historically been on the periphery of access to opportunity, participation and influence in the United States,” she says. “When the community of tech leaders reflects the diversity of the United States, tech will play an integral role in closing gaps and disparities that exist in the country.”

A social butterfly at ease in any situation, Bardakian relishes the unexpected challenges when a reporter on deadline calls for an interview related to current events and her day completely changes. Raising awareness has its rewards for Bardakian, who takes great satisfaction in seeing the tangible results in the community. “On a day-to-day basis, I see the positive impact our organization has on so many people, both in our community and beyond. Being able to work alongside industry leaders in the tech and diversity discussion makes each day rewarding.”

Bardakian’s passion for public relations grew from a young age. “Unbeknownst to me I have always been doing PR,” she says. “When I was in high school I was active in the Armenian Church Youth Organization of America (ACYOA) where I helped plan and promote a variety of events. I always encouraged others to attend the events and get others excited about coming. That’s what PR is all about—basically selling your product or event.”

In college, she was very active planning events as the chairperson of the Armenian Students Cultural Association at the University of Michigan, home to a large and vibrant Armenian student body. A love of sports led her to work part-time at the Michigan Athletic Office in the Sports Information Department, fielding requests from reporters all over the country during televised football and basketball games. “I realized then you can actually have a career in communications, and from that point on, I never looked back.”

As a pr professional, it's important to cultivate and leverage your network. In this profession, the more people you know and who like you, the better.

Prior to joining the Kapor Center for Social Impact, Bardakian spent four years as the Director of Public Relations and Community Relations for the Oakland Tourism Bureau, where her sports expertise served her well. During the 2015 NBA finals between the Golden State Warriors and the Cleveland Cavaliers, she convinced sports networks ESPN and TNT to air scenic images of Oakland for the first time, instead of neighboring San Francisco. The entire community including the mayor took notice, appreciating her efforts to portray the city in a positive light.

When she is not following her favorite basketball or football teams, Bardakian is very active in the Armenian community, having formed a strong attachment since childhood that has guided both her personal and professional life. Growing up on Long Island, New York, she spent her entire childhood at the Holy Martyrs Armenian Church where her parents served as church leaders. She saw firsthand their devotion and dedication to the church and community, which became an integral part of who she has become today. “Being Armenian is the core identity of who I am. It touches upon everything I am involved in,” she says. “Anyone who knows me knows I’m Armenian.” She admits she often takes advantage of any Armenian connection when the opportunity presents itself. “Sometimes I will see the name of a reporter or executive who is Armenian—they are always my first stop! As a PR person, it’s important to leverage your relationships and find commonalities.”

No matter where she has lived, Bardakian has always been involved and active in the Armenian community. “I can’t sit back and just watch others,” she confesses. “It’s important to join and make a difference.” In 2015 Bardakian was instrumental in helping to organize and promote the Armenian Genocide Centennial Committee led by UC Berkeley Armenian Studies professor Stephan Astourian. For over a year the committee met regularly to plan various events not only for the local Armenian community, but also, more importantly, to raise awareness in the non-Armenian community. She felt an immense sense of pride raising the ‘Armenian Genocide 1915’ banner for the entire month of April across the San Francisco-Oakland Bay Bridge—one of the busiest bridges in the United States.

One of the ways Bardakian gives back to the community that has given her so much is through her close relationship with AGBU. As a member of the New York-New Jersey Metro AGBU chapter’s women’s basketball team growing up, Bardakian remembers traveling to California for the World Games in 1989 where she appreciated her “first taste of the enormity of the AGBU family.” She also met lifelong friends from Egypt and Lebanon in 2000, while playing women’s basketball in the World Games in Buenos Aires, Argentina for the Northern California team.

She has fond memories of her AGBU Summer Internship Program at New York University where she acquired invaluable work experience in the PR departments at Sports Illustrated and Sports Illustrated for Kids. “I am certain having those companies listed on my resume was an integral reason why I was hired for my first job at Sony PlayStation in 1996,” she insists. “College internships are important for any student and there’s no better backdrop than to come back from work each day to your fellow AGBU interns—who by the end of the summer, all become one big family!”

After moving west to Northern California, she helped found the thriving AGBU Young Professionals of Northern California group, hosting hundreds of Armenian young professionals from all over the world who have spent a picture-perfect weekend in San Francisco for the group’s annual gala weekend. “All of my AGBU experiences over the years have been instrumental to who I am today. The leadership skills, sense of community and vast network have also helped me throughout my career trajectory.”

Cultivating and leveraging a network of peers and friends is critical for any successful PR professional. Bardakian urges Armenians interested in communications to reach out to fellow Armenian professionals in the industry for advice or mentorship. “In this profession, the more people you know and who like you, the better. Surround yourself with reporters who will become your allies when it’s time to pitch them a story. As the saying goes, it’s a lot easier to sell something when they are your friend. That especially holds true in the PR industry.”

Whether helping shift the conversation to how technology companies are hampering their economics and limiting their potential by not hiring women and people of color, or helping support and raise awareness of the challenges in her own Armenian community, Bardakian continues to carve out her legacy of making a difference.

Advocating for others with Jerry Misk
END_OF_DOCUMENT_TOKEN_TO_BE_REPLACED

For Solange Merdinian, sharing her heritage on stage is an opportunity and a joy
END_OF_DOCUMENT_TOKEN_TO_BE_REPLACED