Like every country on earth, Armenia has its share of unique health challenges, aside from the standard indicators of national health, namely access, delivery, quality and cost, both to society and the individual.

However, when these measures of Armenia’s vital signs are compared to the rest of the world, one must take pause to understand why non-communicable or preventable diseases rank disproportionately high for a tiny country with a population of just over two million. The diagnosis becomes all the more alarming, when one considers the stats on the leading causes of premature death in the country—cardiovascular and respiratory disease, cancer and diabetes.

According to the Armenia Health Ministry, an estimated 22 percent of Armenia’s population will likely suffer a premature death, which is defined by the World Health Organization as taking place before the age of 70. Between 85 and 90 percent of these deaths are directly linked to non-communicable diseases (NCDs). The Armenian Red Cross Society says that cardiovascular diseases account for over half of that total, while another 18 percent is due to cancer. Various respiratory diseases as well as diabetes make up the rest.

Compounding this veritable ‘burden of disease’––as Armenian public health official have coined the issue––further, Armenia has one of Europe’s highest rates of premature deaths due to non-communicable diseases (NCD). In terms of cancer-related mortality rate alone, the country tops the global list.

Scientists have suggested a variety of causes for these illnesses, including biological, occupational, genetic, and environmental predispositions. But this does not explain why such a disproportionally high number of people in Armenia suffer and die from them. At 85 percent of deaths caused by non-communicable diseases, Armenia ranks considerably higher than the global average, which sits at 63 percent.

The toll brought by this “burden of disease” is quite heavy. Complications resulting from these four chronic illnesses cost the country some 350 billion AMD ($ 720 million) worth of resources expended in long-term care, and lost productivity annually. This translates to a 0.5 percent drop in economic growth for every 10 percent rise in fatalities caused by these four diseases. These are resources which the Health Ministry says are being diverted from other more critical healthcare needs.

Valid considerations are environmental factors and occupational hazards resulting from poor work safety standards and the nearly non-existent environmental regulations under which Soviet industry operated, casting a long shadow of bureaucracy in its wake. However, public health researchers have identified human behavior as directly linked to most causes of chronic disease, across generations and the Armenian landscape.

When it comes to cancer and respiratory disease, the obvious culprit is the stubbornly high tobacco usage in Armenia. Data reveals that heavy smokers account for 90 percent of all lung cancer cases diagnosed in the country. Another 5 percent are “passive smokers” who are regularly exposed to secondhand smoke. Heavy smokers also make up 60 percent of all throat cancer diagnoses. Research further links smoking to some 55,000 new cases of blood circulatory system diseases each year.

The World Health Organization data indicates that at a rate of 230 deaths for every 100,000 people, Armenia has the highest cancer fatality rate in the world

Of the quarter of the Armenian population who smoke regularly, the near-totality are men. The Health Ministry estimates that some 52% of men smoke. Perhaps unsurprisingly then, men also make up the vast majority of cancer-related deaths. The World Health Organization data indicates that at a rate of 230 deaths for every 100,000 people Armenia has the highest cancer fatality rate in the world, largely due to smoking.

Keenly aware of the situation, a succession of Armenian governments have made a series of underhanded attempts to curb the smoking rate. But effective public health policies require a holistic approach to encourage behavioral changes. A new anti-smoking law championed by then Health Minister Arsen Torosyan, which is set to come into force next year intends to both discourage public smoking through heavy fines, but also contains an educational component.

A public outreach strategy has been in the works to raise public awareness of the dangers and long-term consequences of tobacco use. However breaking a long-held habit among Armenians who consider smoking to be ‘manly’ requires reaching people before they touch their first cigarette. For this reason, education plays a primordial role in Armenia’s latest public health policies.

Education also plays an important role in raising awareness about other long-term illness inducing behaviors as
well. Physical inactivity and sedentary behavior have both been identified as risk factors for developing heart disease, stroke, type 2 diabetes as well as breast and colon cancer. A study conducted in early 2020 found that almost 22 percent of Armenians in the country did not meet the WHO-recommended minimum physical activity levels. Only 13 percent of respondents claimed engaging in any physical activity during leisure time.

A persistent factor affecting the prevalence of non-communicable diseases in Armenia remains nutrition. One 2015 study placed Armenia at the top of the list for most unhealthy diets. The typical carbohydrate-rich, but variety-poor Armenian diet––derived from the turbulent 1990s where food scarcity was high––has led to an increase in obesity, particularly among children. A preference for fried, salted, sweet or smoked foods is a well-researched cause for obesity, diabetes and other chronic health concerns.

Astghik Minasyan, Head of the Department of Social Assistance at the Ministry of Labor and Social Affairs of Armenia, argues that once again, a lack of education, rather than poverty, is the main factor causing poor nutrition among children. “It’s true that Armenian families are ready to do anything for their children, however, their behavior towards nutrition is skewed. Feeding too much and feeding correctly are two different things.” she says. New school programs designed to promote active lifestyles can also play an important role in preventing obesity.

Yet, new leadership at the helm of the country’s health ministry, bolstered by reinvigorated engagement from healthcare professionals in the Diaspora, is determined to breathe new life into Armenia’s moribund healthcare system, while also addressing the factors leading to premature death.

Chief on the reform agenda is a meticulous reevaluation of the country’s current approaches to primary care, record keeping, professional instruction, and resource allocation. But achieving this ambitious goal requires more than improved treatment capabilities or a more robust healthcare system. Ensuring a healthy Armenian society demands a fundamental shift in public health philosophy away from merely treating conditions to preventing them.

While early detection might help manage serious illnesses before they get out of hand, better public awareness could prevent them all together. New public health initiatives are designed to complement a more comprehensive healthcare system, which, in turn, is being restructured towards prevention, early detection, better treatment, and hospice care.

Thus, as new investments are poured into the chronically-underfunded healthcare system to improve the quality of primary care and long-term treatment, complementary public health policies emphasize public outreach, education and public behavioral modifications aimed to ensure that the fewest number of patients ever require the services of the healthcare system to begin with.

While reducing the rates of the four leading NDCs will undoubtedly have an immense impact on Armenian life expectancy, quality of life, and subsequent economic benefits, not every medical condition can be prevented, even with effective public health policies and world-class treatment. One long-term solution could be the implementation of universal health coverage.

Recognizing that universal health coverage may seem like an unrealistic proposition, the Minister of Health Arsen Torosyan believes that it is both achievable and financially viable. He explains: “The goal is to set up mechanisms which would help our citizens avoid catastrophic health costs.” He cites a devastating statistic that public and private insurance covers less than 20 percent of treatment costs. The rest is out of pocket. Looking to Estonia and South Korea for inspiration, the minister envisages an opt-in insurance program for citizens to contribute to. According to his calculations, this plan could cover at least 1.6 million beneficiaries in its first stage without massive state subsidies.

Over the past two years, the ministry has been implementing a strategy designed to address these glaring deficiencies in healthcare delivery, and complete the system’s transition to modern international norms. New medical practice standards for training medical professionals have already led to decreases in child mortality rates. A shift in healthcare financing and reorienting towards a performance-based system has reinvigorated primary health care (PHC). An increase in doctor visits––which until now, sits at half the European average––could be key to detecting illnesses early, and potentially avoiding fatal outcomes.

Partnering with technology giant Ericsson, the health ministry has progressively digitized the country’s health records, which had previously been the cause of misdiagnosis or other bureaucratic mishaps with often dire consequences.

While overhauling the healthcare delivery system may improve health outcomes, long-term treatment remains a resource-draining proposition and doesn’t address the root causes of chronic illnesses. Armenia’s public health policymakers are increasingly turning to methods of identifying and––if possible—preventing some of the major causes of long-term illness and death in the country.

Improving Armenia’s healthcare outcomes requires a fundamental transformation. The government welcomes input from the Diaspora’s medical professionals. “Until now, the most visible contribution from the diaspora came in the form of short term clinical missions, donations of medical supplies, or facility renovations,” Torosyan says. “While these contributions have been important, at this point, the majority of medical facilities in Armenia have been updated, and equipment is no longer as sorely lacking as it once was.”

He would like to see the Diaspora’s support shift to providing on-the ground-expertise in formulating and implementing healthcare policies and adapt their international experience to the Armenian situation. “A prominent healthcare economist is someone I could use right now,” says the minister.

That may be a start, but also seated at the table of ideas should be a team of public awareness and health education specialists, addiction cessation experts and proactive doctors, health workers, family members and positive role models to convince those at risk that the long-term benefits of optimum health far outweigh the instant gratification of unhealthy habits. 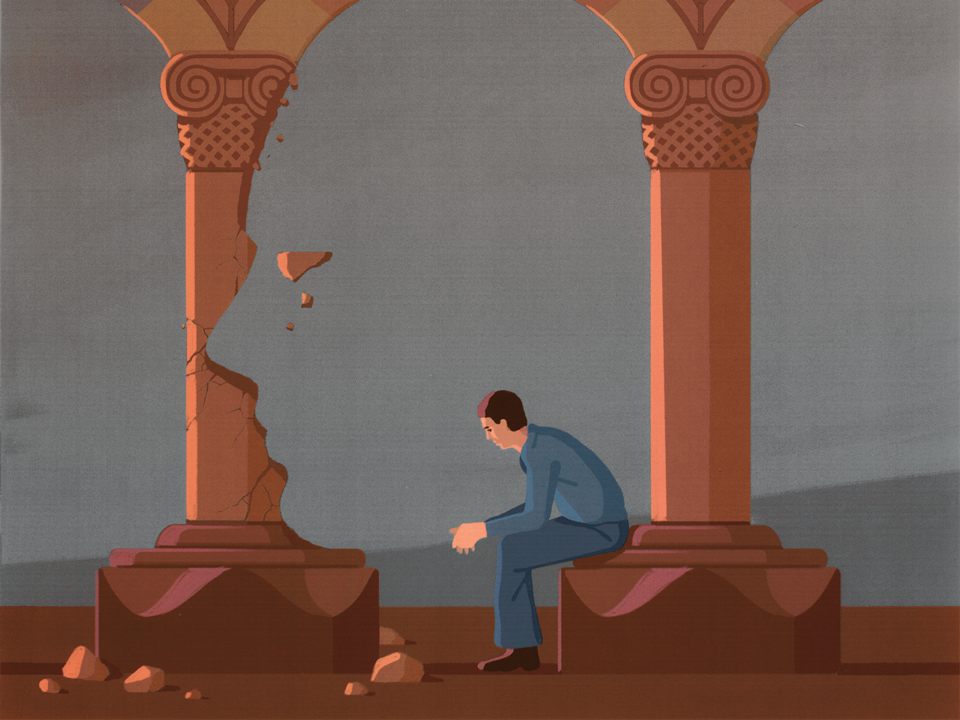 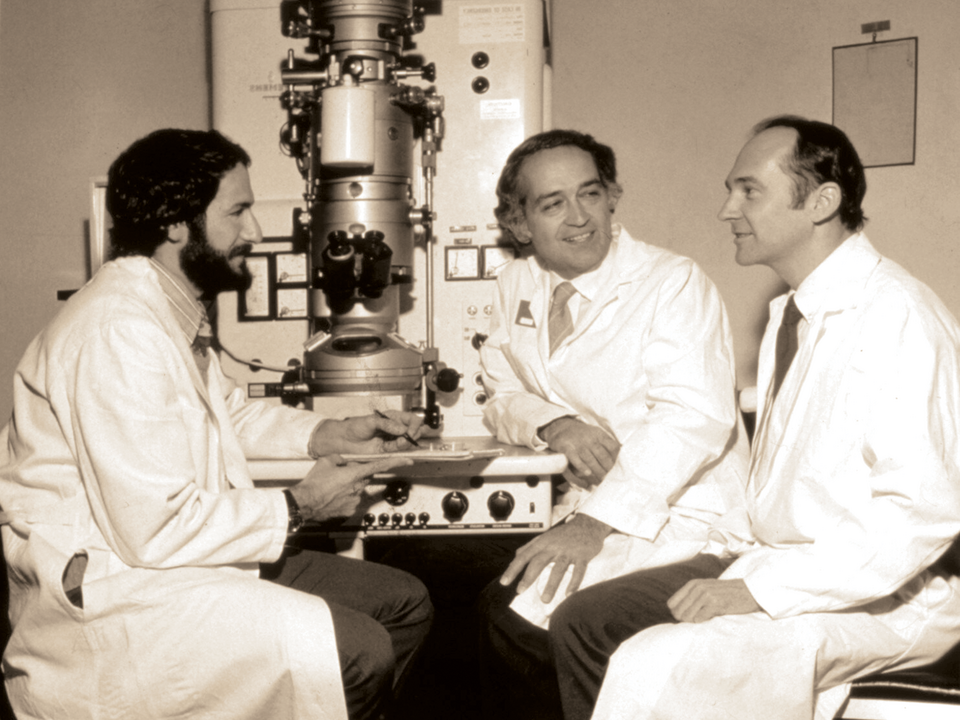 Groundbreaking contributions to the health of nations by pioneering Armenians
END_OF_DOCUMENT_TOKEN_TO_BE_REPLACED 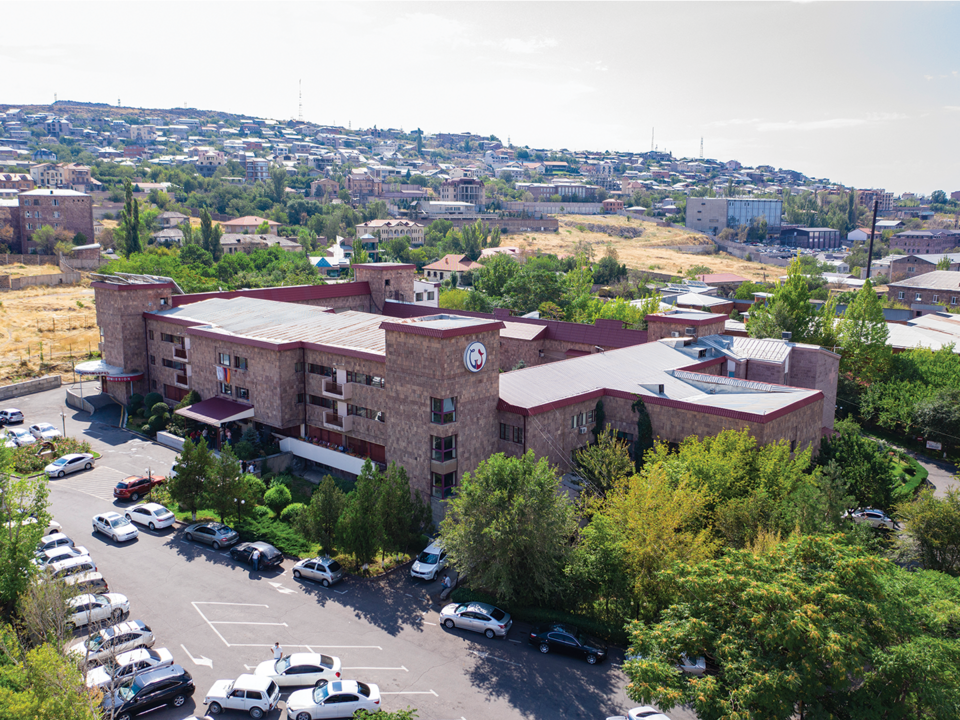 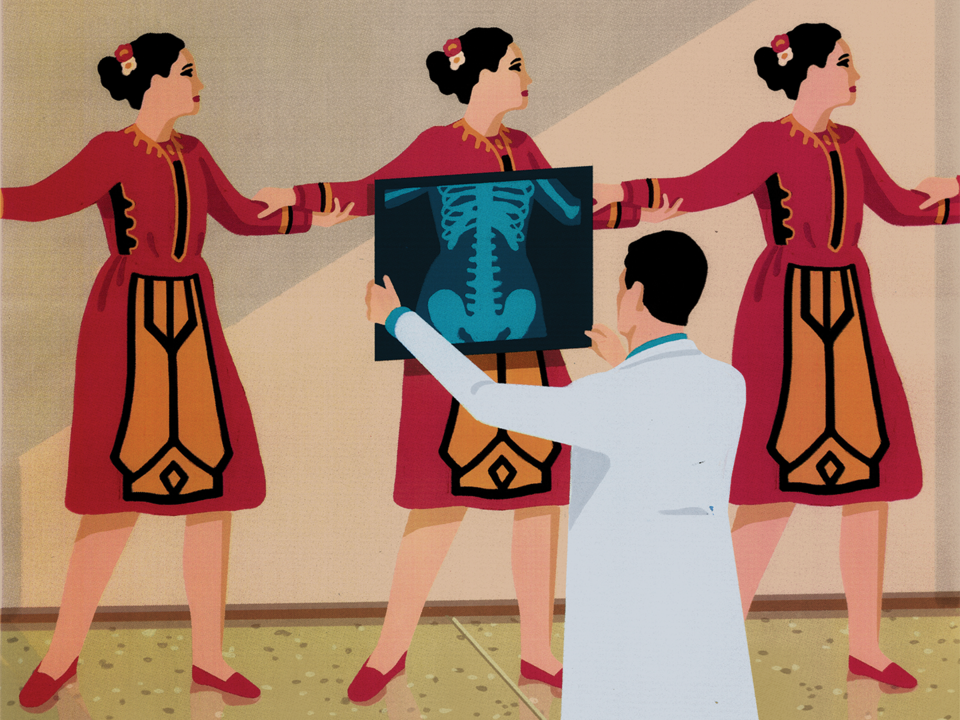 Women’s health is the best prescription for national health
END_OF_DOCUMENT_TOKEN_TO_BE_REPLACED 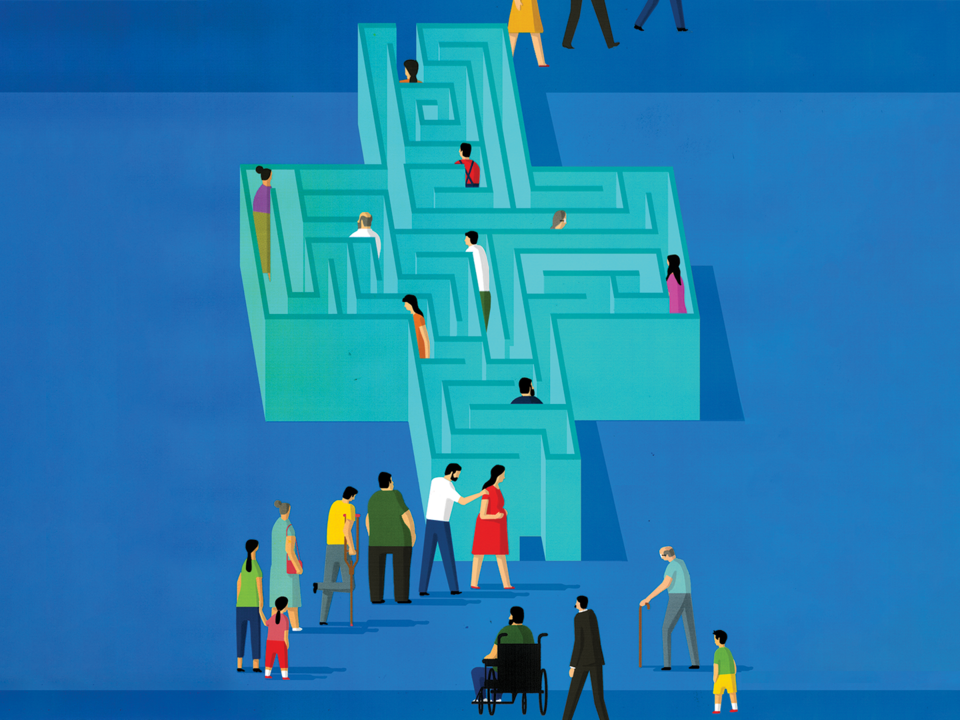 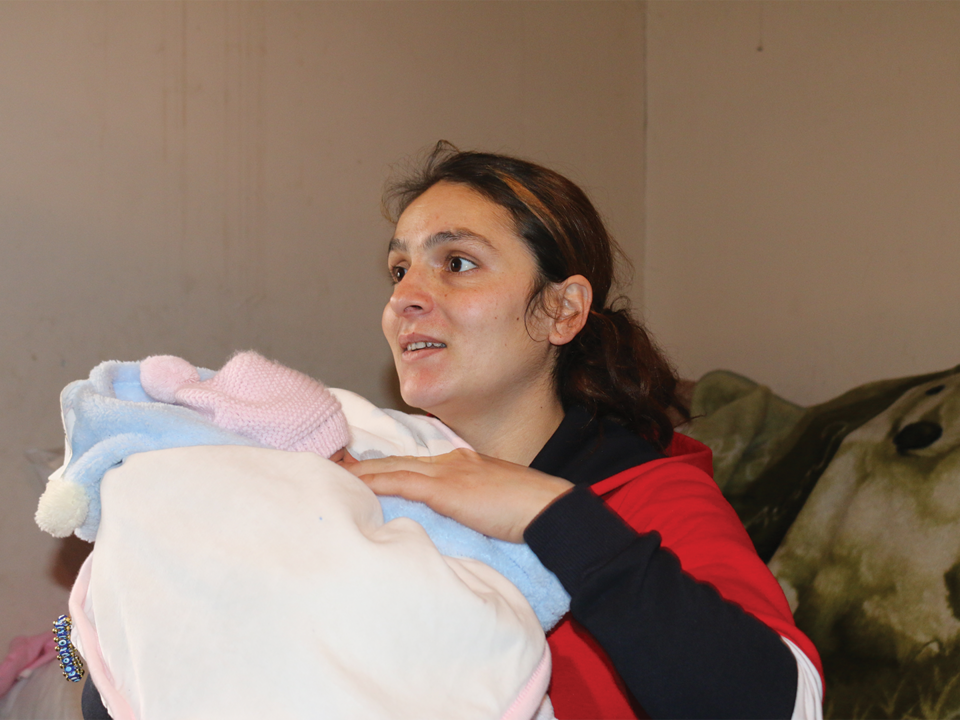 The impact of war and chaos on Artsakh’s pregnant women, mothers, and newborns
END_OF_DOCUMENT_TOKEN_TO_BE_REPLACED 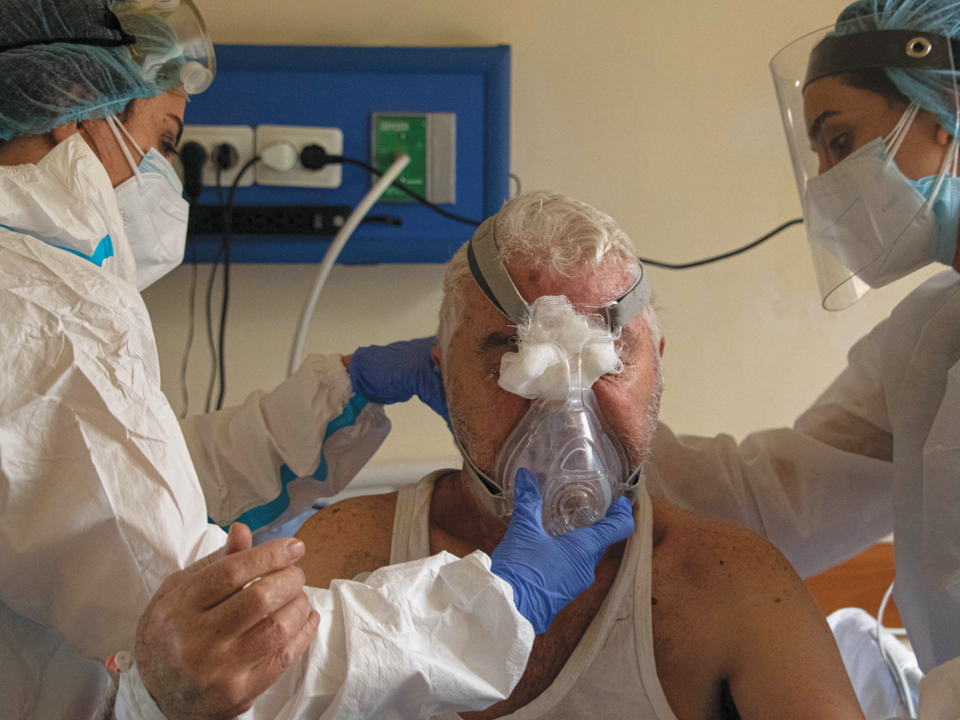 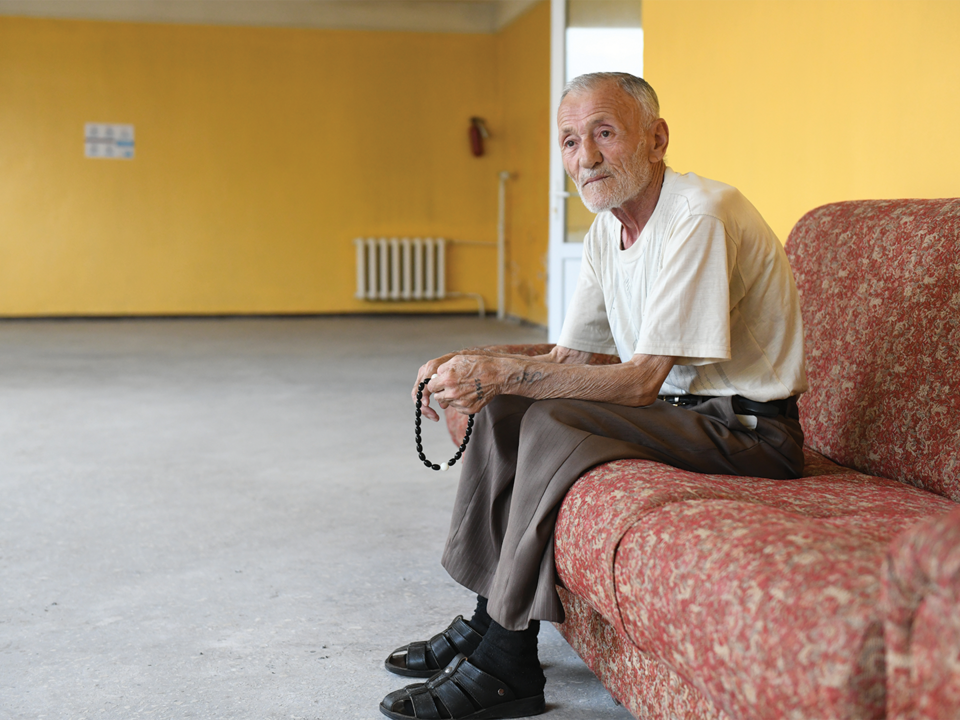 An inside look at Armenia’s homes for the aged
END_OF_DOCUMENT_TOKEN_TO_BE_REPLACED 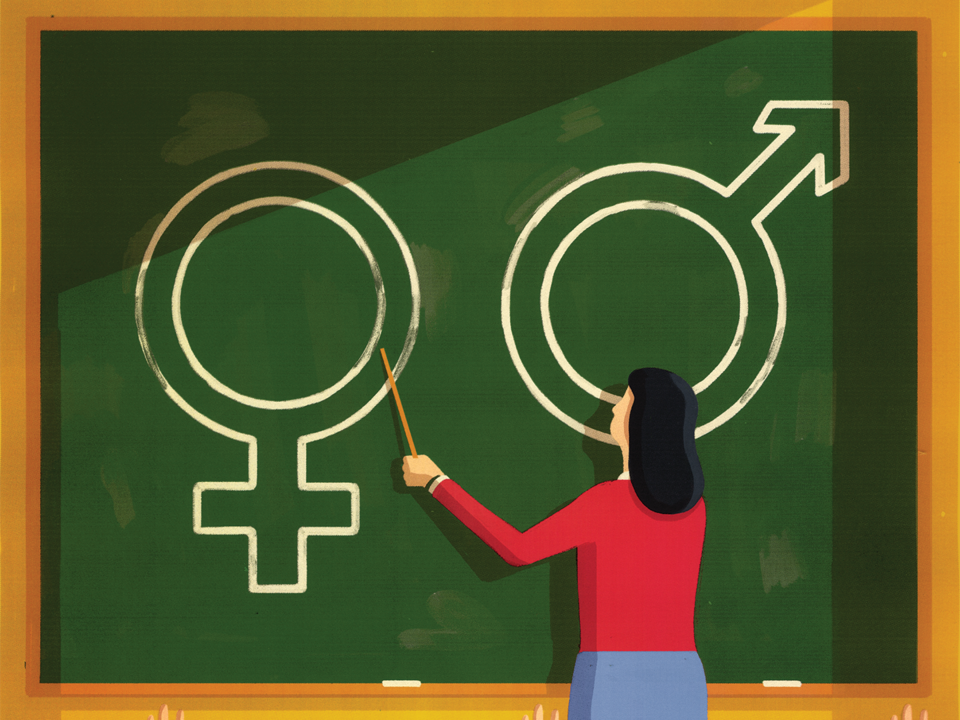 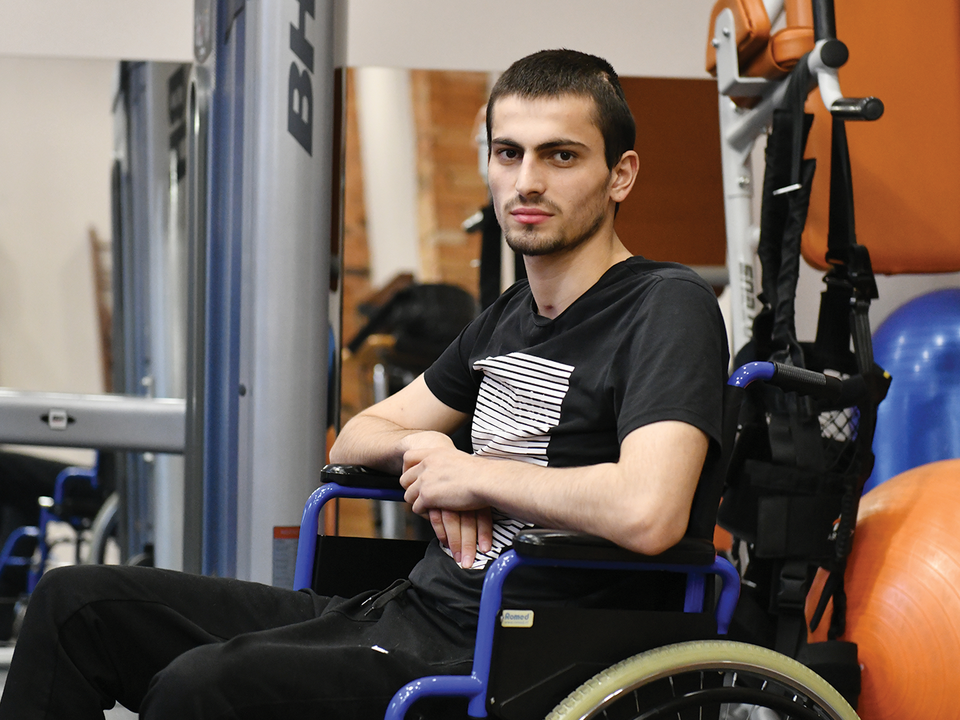 For the wounded soldiers of the Artsakh War, the battleground has shifted to recovery and rehabilitation
END_OF_DOCUMENT_TOKEN_TO_BE_REPLACED 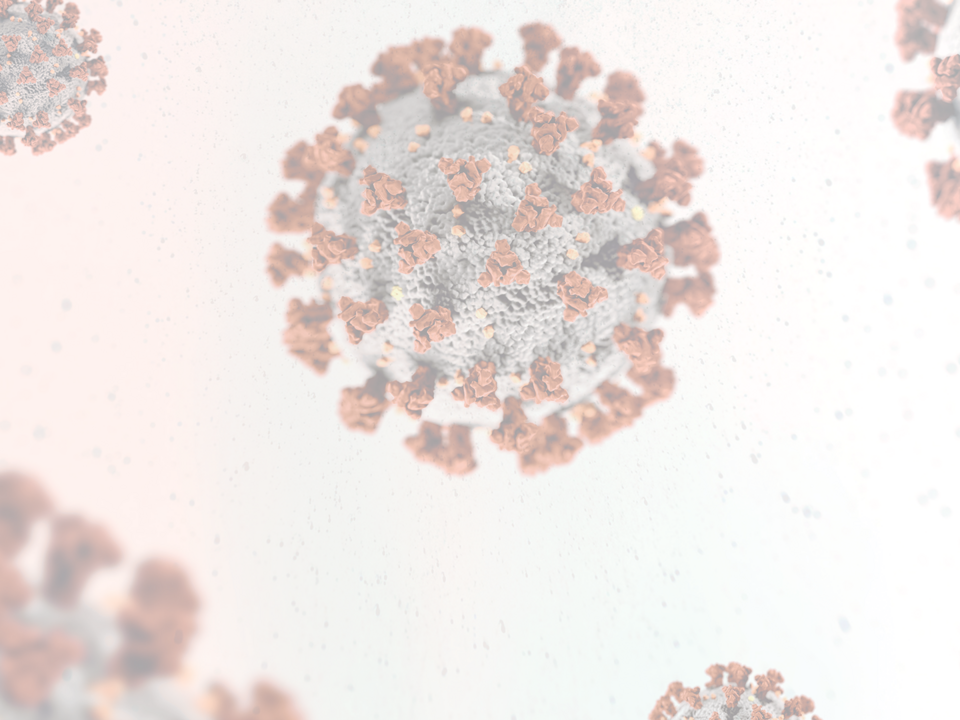 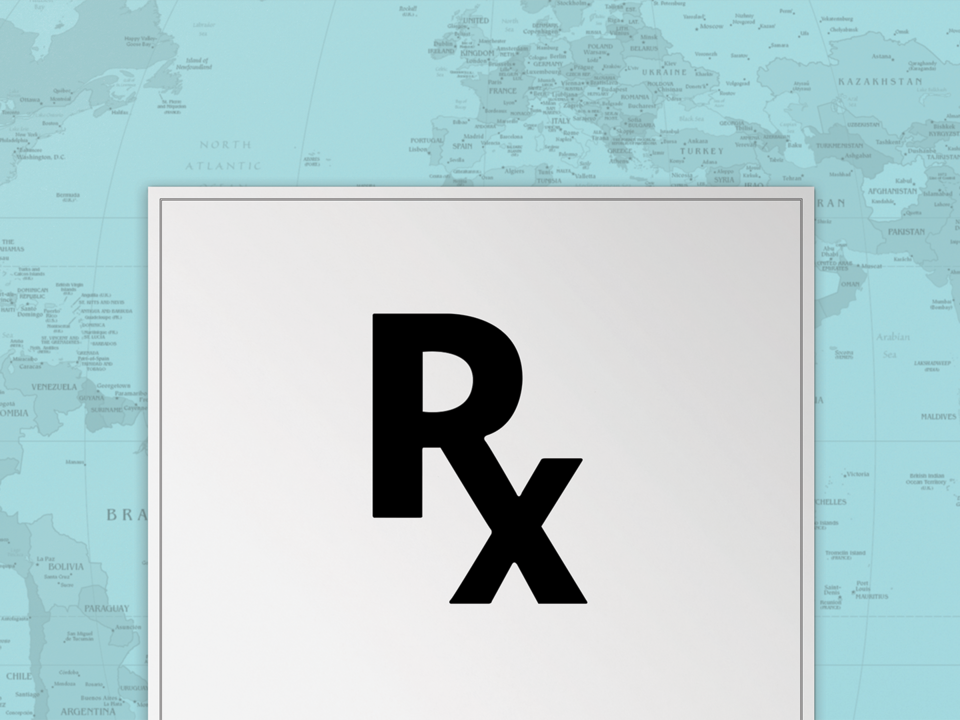