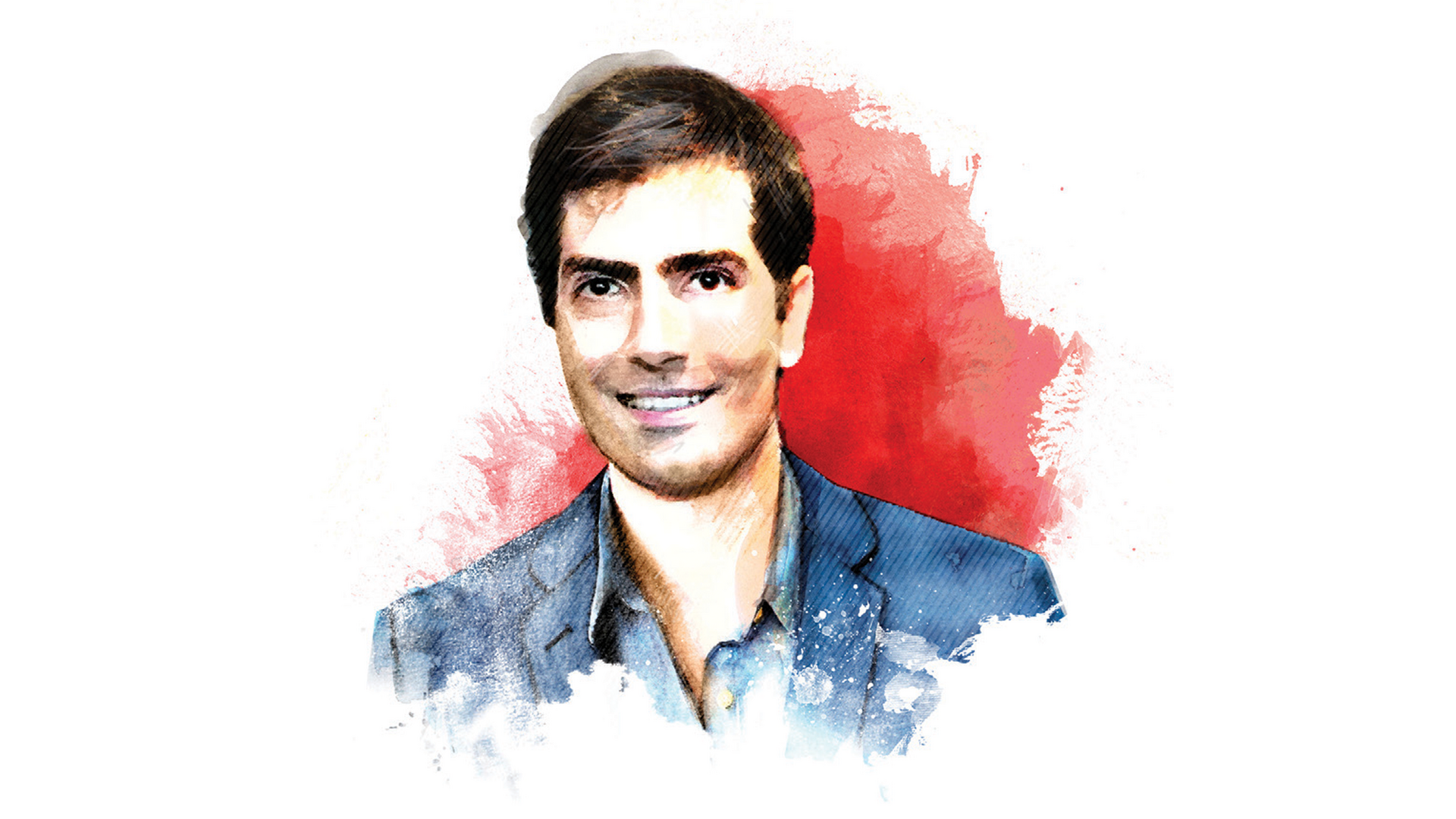 For Haig Apovian, AGBU Brazil is a global platform


Haig Apovian, the chair of AGBU São Paulo, continues the legacy of his grandfather Avedis Chahinian—one of the founders of the chapter. Since 2016, Apovian has been working to renew the organization in Brazil to make it more appealing to both Armenian youth and reconnect with other Armenians who may have lost touch over the years, helping to preserve the rich Armenian heritage in South America. Born in Brazil and firmly rooted in the local Armenian community, Apovian holds a civil engin-eering degree from the São Paulo State University and runs a real estate investment company, Oca Investimentos.

When I go to the U.S., Argentina or Armenia, it feels like everyone from AGBU is part of my family. I think that is one of the greatest benefits AGBU membership affords to Armenians all over the world.

Describe your involvement with AGBU. I have always had a very close relationship with AGBU and participating in AGBU programs seemed so natural to me. It was part of my family. My grandfather was part of the committee that founded AGBU São Paulo. I went to the AGBU Paren and Regina Bazarian School until the age of 10 and took part in the AGBU South American Games in 2000.

Later I joined YP Brazil and attended the AGBU General Assembly in Buenos Aires in 2010 representing Brazil’s YP community. It was a great opportunity to join a group of friends and get to know people from the Armenian community around the globe. YP Brazil helped unite a generation of Armenians who were too old for athletic activities and too young to be on the board. I always wanted to be part of this great organization.

What is your best AGBU memory? There are a lot of memories to choose from, including participating in the South American Games, but I would have to say the AGBU school. I made great friendships there that I cherish to this day. My classmates and I  grew up together belonging to this wonderful big family. Whenever I go to the U.S., Argentina or Armenia today, it feels like everyone from AGBU is part of my family. I think that is one of the greatest benefits AGBU membership affords to Armenians all over the world.

What opportunities does AGBU create for young people in your community? AGBU gives us an additional platform to meet a lot of interesting and highly accomplished people from around the world who share an interest in preserving the Armenian heritage. On the one hand, it helps to strengthen ties with our homeland and on the other, it provides invaluable experience and access to different ideas and people.

I truly believe in the benefits of giving back to the community and AGBU not only offers a place for Armenians to gather, but provides an opportunity for them to strengthen their ties with other Armenians and with their heritage.

What is your greatest challenge as the new chair of AGBU São Paulo? The greatest challenge for AGBU São Paulo is to bring back the younger generation to our community. We are gradually achieving this objective, and have changed significantly after setting up a new board six months ago. I am very excited because it feels like a start-up. We are not building from scratch but redefining and redesigning our organization. There are a lot of people who feel Armenian but were not close to the community or any organization and we are starting to attract their attention and connect them to the Armenian world.

The Armenian community in Brazil is very well-established, comprising 3rd or 4th generation Armenians who are very proud of being Armenian. However, many Armenians in Brazil either do not have the means or do not know exactly how to get involved in the community. I think we can serve as the platform to accomplish this goal by uniting people with similar interests. We are making great progress in this regard and I intend to send more people from Brazil to participate in the many AGBU global programs.

The most important thing for me is knowing that AGBU is reinventing itself, rejuvenating, renewing the whole organization and becoming more attractive to the younger generation.