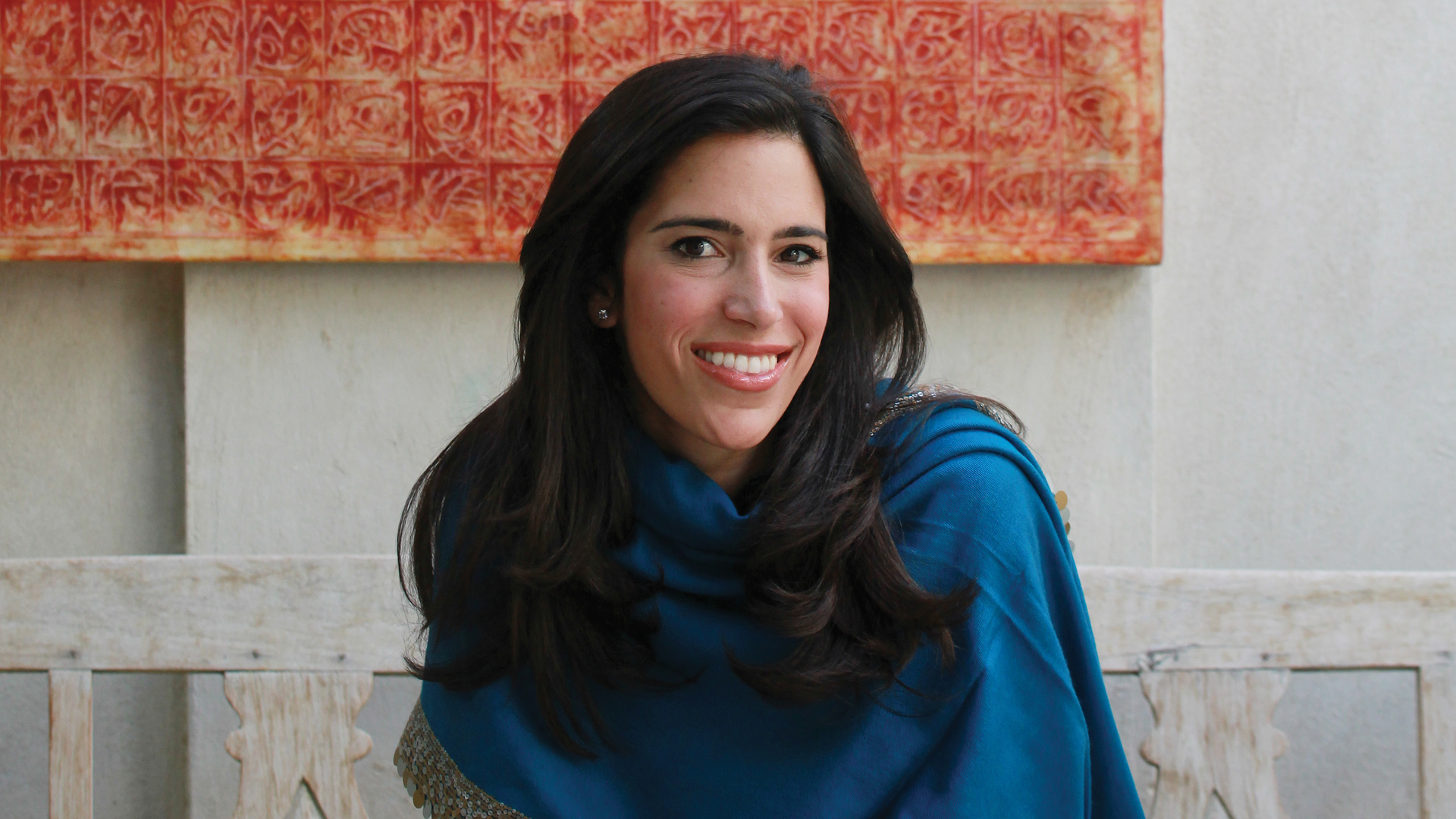 Going beyond the headlines with Lara Setrakian


It’s one of the toughest and most highly coveted assignments in the world of journalism, and for Lara Setrakian, covering the Middle East for ABC News and Bloomberg Television was the fulfillment of a long-standing dream. In 2012 she was excelling in a job she loved, in a region of the world that had long fascinated her, and yet, she didn’t feel completely satisfied. “I was watching so many good, important stories not get covered,” she recalls. “We used to joke Syria had a F11 problem—no matter how compelling the story, it was lucky to make page F11 in the major newspapers. But just because the stories were hard to access, didn’t mean it was right to let them go.”

Frustrated with the limitations of a two-minute TV report, Setrakian felt viewers were missing the big picture—neither fully understanding what was happening in Syria nor the extent to which people were suffering. Redefining the format however, would require a leap of faith and a lot of risk. And it wouldn’t happen from within. She made a bold decision to leave her job behind to create her own media startup company. “I still can’t believe I did it,” she says, acknowledging the courage of her convictions that led her to leave her dream job as a foreign correspondent in the Middle East, along with the salary, benefits and safety net of a pension plan provided by a major employer as well as the prestige associated with being a network television reporter.

Suddenly finding herself on her own after so many years with a major corporation, Setrakian admits was “scary at first,” but she learned to let go and trust her instinct that what she was doing felt right. One year later, together with a core group of friends, she launched News Deeply. Dedicated to using technology to enhance coverage of underreported global issues, the online single-issue websites feature a mix of original reporting, analysis, social media, interactive maps and timelines as well as citizen journalism to provide readers with comprehensive, context-rich information typically lacking in the mainstream media. The result is user-friendly, educational and collaborative. Their inaugural platform, Syria Deeply, was referred to by Time magazine as “The Future of News,” while Fast Company magazine noted that “Syria Deeply Outsmarts the News, Redefines Conflict Coverage.” Largely based on the website’s success, Setrakian was invited to the White House in 2013 to brief President Barack Obama on the dynamics of the Syrian conflict and the state of the Middle East more broadly.

Over the past three years Syria Deeply has attracted a growing audience of loyal readers including policy analysts, academics, diplomats and humanitarian groups. The team followed up the success of Syria Deeply with Ebola Deeply, which proved the formula also had the ability to inform policy and action. For instance, after reporting on how young women who had become pregnant during the outbreak were being barred from returning to school, Amnesty International picked up the story and turned it into a global campaign. “That’s the biggest reward for me, giving others a chance to more completely understand what is going on in the world around them and act on the information.”

The roots of that desire to inform, educate and impact others through journalism developed when Setrakian was a 17-year-old girl with a literary vein and a strong Armenian moral compass. At the time, David Gelber, the award-winning former CBS producer for 60 Minutes, spoke at her school. “I was hooked, listening to his story and experience so I wrote him a letter asking if I could intern with him during the summer and he said yes!” The internship at CBS News exposed Setrakian to the multimedia platforms of radio, television and online news.

With her family history deeply embedded in AGBU, Setrakian spent her summers at Camp Nubar, and later as a sophomore at Harvard University, enrolled in the New York Summer Internship Program (NYSIP) which she credits with helping her land her first professional job as a journalist after successfully completing an internship with ABC News. “NYSIP was a huge benefit to me,” she recalls. “I worked really hard, constantly pitching story ideas and trying to be as helpful as I could.”

While there, Setrakian remembers being introduced, along with the other interns, to Diane Sawyer. Immediately afterwards she politely emailed the former ABC Nightly News anchor five suggestions for possible stories. Sawyer thanked her for the pitches, but added that they didn’t really work. Undeterred however, Setrakian kept pitching ideas until one eventually struck the right note and ended up becoming a segment on Good Morning America. It’s an anecdote she often recounts to budding journalists who come to her for advice:

Always have something to offer, your ideas and hard work will get you noticed and take you as far as you want to go and when you find what interests you, pursue it with excellence!

That recipe for success served her well ever since. In an industry notorious for the mantra “it’s not what you know, but who you know,” Setrakian had no connections to rely upon. Instead, her committed work ethic and helpful attitude as an intern paid off when after graduation, she landed a permanent position at ABC News only to discover she was remembered as “that intern who got a story on TV.” She eventually began working with the Law and Justice Unit, arriving early, leaving late and working on Saturdays to produce numerous successful features for the program. She is also grateful for the role her Armenian heritage has played in shaping her approach to work. “Being Armenian made a huge difference in that it created circumstances where I didn’t take any opportunity for granted, I made the best of every opening offered to me.”

At the age of just 25, after distinguishing herself for breaking exclusive reports while covering the notorious scandal involving Duke University’s lacrosse team and the Virginia Tech shootings, Setrakian was promoted to foreign correspondent. Based in Dubai, she leaped into the Middle East with a passion for reporting the human
angle in the context of momentous change.

Looking back now, she says setting medium and long-term goals is instrumental to any successful career. “I recommend having a theory of your life in five year chunks. Even if it changes, always bear in mind what your aspirations and goals may be as a roadmap for what you want to accomplish in the future.”

In her current role as co-founder of News Deeply, Setrakian positioned herself as both news editor and innovator, fusing her journalism skills and insights with the business acumen necessary to become a successful technology entrepreneur. She admits at first the transition involved a steep learning curve but now, after three and half years, she feels she has become an effective manager overseeing a team of eight people with offices in Hong Kong, New York and San Francisco as well as a network of freelancers around the world, including Yerevan. Following the success of Syria Deeply and Ebola Deeply, this year her team will launch Arctic Deeply, dedicated to providing in-depth analysis of the multi-layered economic, environmental and social ramifications of melting sea ice in the Arctic. There are also plans for Refugees Deeply, which will explore the global repercussions of the movement of refugees and internally-displaced persons. In both cases, the new platforms will focus on providing environments where users can actively collaborate in the news process.

Reflecting on the changes during the past three and half years, Setrakian feels both a sense of accomplishment and desire to continue to innovate. “We’ve proven there is a market for News Deeply and we are working as hard as we can to grow that market. It really feels like a calling.”

How Artak Beglaryan came to find strength in blindness
END_OF_DOCUMENT_TOKEN_TO_BE_REPLACED

For Sarah Partin, volunteering is part of the Camp Nubar tradition
END_OF_DOCUMENT_TOKEN_TO_BE_REPLACED