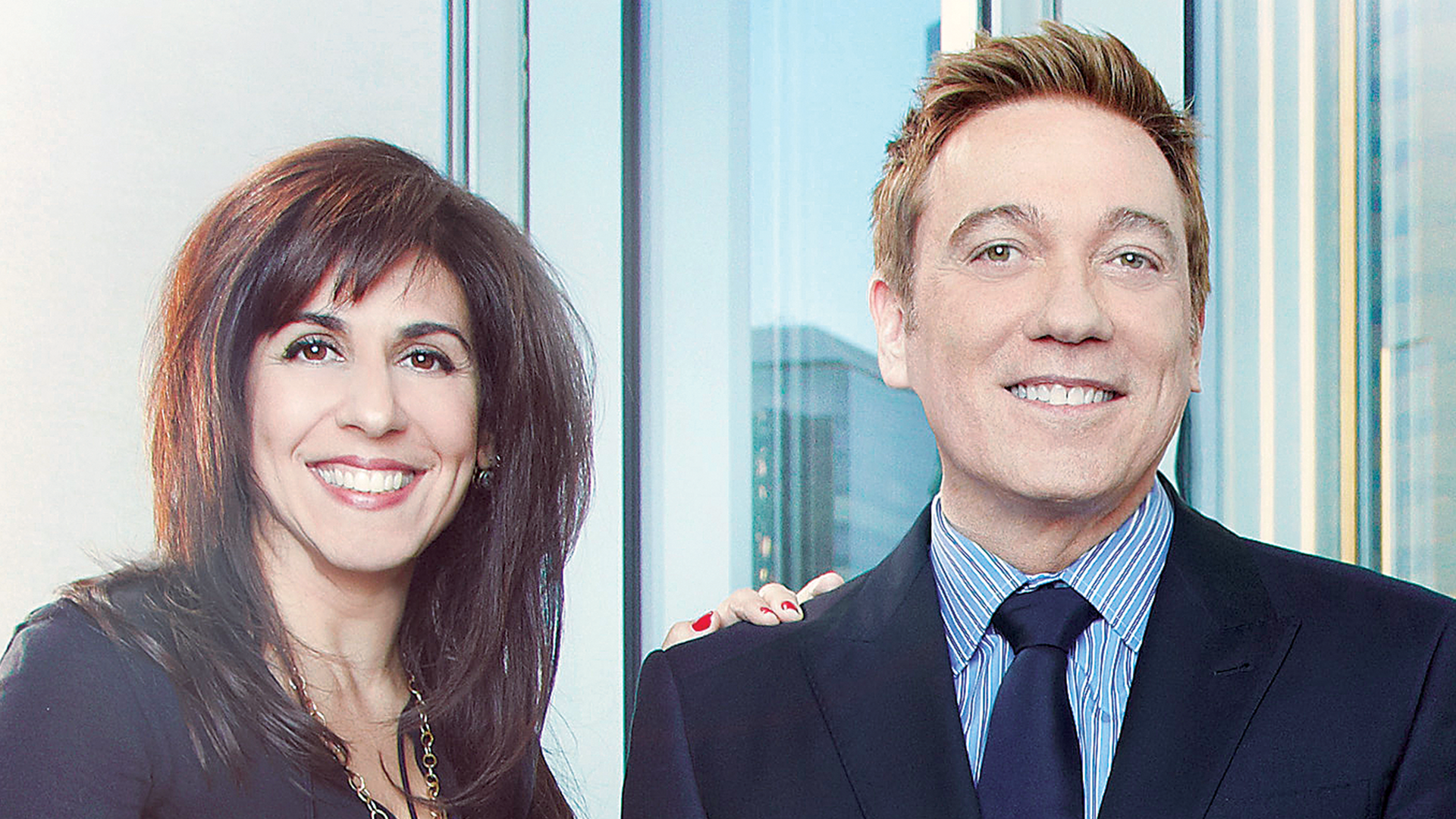 
For even seasoned actors and artists, Hollywood can be an impersonal and unforgiving world, fraught with rejection and instability. One scathing review or questionable role is sometimes all it takes to relegate the next big thing to has-been status. To achieve long-lasting success in the entertainment industry, artists need the guidance of managers. While agents are focused on landing the next gig, managers look at the bigger picture in shaping their clients’ career paths and nurturing their professional development. This behind-the-scenes role requires an incredible degree of devotion and hard work that often goes unrecognized in the industry. While she prefers to avoid the spotlight, few managers, however, are more deserving of that recognition than Aleen Keshishian.

A partner and manager at one of the world’s leading entertainment management groups, Brillstein Entertainment, Keshishian was named one of the top 100 women in the entertainment industry. Her impressive list of star clients includes Jennifer Aniston, Jason Bateman, Orlando Bloom, Billy Crudup, Selena Gomez, Topher Grace, Laura Linney, Emily Mortimer, Gwyneth Paltrow, Paul Rudd and Mark Ruffalo. And depending on what is going in each of their lives that day, Keshishian is just as likely to be found on a set—in some cases anywhere in the world—as she is to be in the office, juggling meetings and conference calls. When she’s not reviewing existing offers on behalf of her clients, Keshishian is proactively speaking to filmmakers, studio executives and brands about future opportunities and projects. It’s a job that demands a level of multi-tasking unfathomable in most other fields. Keshishian receives thousands of emails and hundreds of calls each day. “No matter how efficient my office is,” she says, “we are always on the phone or computer trying to catch up!”

In addition to her role as an advocate and master negotiator, Keshishian is also a mentor, encouraging her clients to take risks, expand their range and pursue their passions—creating opportunities for them that they never knew even existed.  “My favorite part of the job is knowing I made a difference in someone’s career and life,” she says. “It’s rewarding to help a client land a job no one wanted him or her for, especially when the client goes on to prove me right and nail the part.”

Keshishian was particularly proud when Mark Ruffalo won over superhero fans with his subtle performance as the Hulk in the blockbuster Avengers series and Gwyneth Paltrow won an Emmy for her guest role on the popular TV series Glee. Keshishian can in fact look back at a long list of proud moments, including when her first client Natalie Portman claimed the acting world’s most coveted prize. When early on in her career, Portman expressed a desire to star in a dance movie, Keshishian introduced her to friend and client director Daron Aronofsky who together came up with an original idea for a film. A decade later, Black Swan debuted at the Telluride Film Festival. As the credits rolled, an ecstatic Keshishian called Portman to congratulate her on what would prove to be the best work of her career. Indeed a few months later, Keshishian sat beside Aronofsky at the Academy Awards and watched as Portman won the Oscar for Best Actress. “A lot of roles which my clients wind up in are the result of long negotiations and months, even years of planning. When the final product is impressive, it’s an exhilarating feeling.”

I tell young people to make themselves indispensable to their boss, and they will get promoted. Don’t take things personally. Have a great attitude.

At the time, Keshishian says she also thought about the great piece of advice given to her by her mentor, the late Sam Cohn, on the day he hired her to work as an agent at ICM, one of the largest agencies in the world: “Our job is to introduce one great artist to another great artist, so they can create great art.” Keshishian had landed the job at ICM after a series of recommendations that began in the summer of her sophomore year at Harvard University, with an internship in the office of casting agent Paula Herold, arranged by AGBU as part of its New York Summer Internship Program (NYSIP). On Herold’s advice, after graduating from Harvard, Keshishian applied to work as an unpaid intern with renowned casting director Juliet Taylor and her associate Laura Rosenthal. “I received the best education in the business from a true legend,” says Keshishian, who assisted Taylor in casting movies directed by Woody Allen, Nora Ephron, Neil Jordan, Louis Malle, Paul Newman and Mike Nichols. It was through that job that Keshishian was in turn recommended to Sam Cohn. “The AGBU internship program, which was founded by my aunt, Rita Balian, and my late uncle, Vartkess Balian, was crucial to my success,” Keshishian says. “Without it, I wouldn’t have had the career I have.”

While those early breaks in her career may be attributed to connections, it is her sharp instincts, intellect and uncompromising work ethic that propelled Keshishian to the height of the entertainment industry. And for that she says, she is eternally grateful for the example set by her parents. “Every day I use the skills and lessons my parents taught me. As proud Armenian immigrants, they continually sent the message that I needed to work extra hard and that I should always be thankful for my many blessings.”

As a young girl growing up on the East Coast, Keshishian says she learned so much from her mother Cecile, in particular. “She would always describe difficulties as opportunities. ‘Exceptions prove the rule’ and ‘Nothing is impossible’ were her favorite sayings.” Keshishian also salutes her mother’s courage, noting how she moved the family to Boston when she and her brother Alek were just infants because she wanted them to have the best possible education. “She dreamed about us attending Harvard long before it actually happened. Just by her daily example, she showed us what it meant to work hard and plow forward, even in new, challenging circumstances.”

Along with her father, Dr. Kevork Keshishian—a highly-educated pediatrician in Beirut before becoming a radiologist in the US—Keshishian insists her parents “were the foundation for everything in terms of my character and work ethic. Also, from day one, they showed me that being Armenian was something to talk about and be proud of and celebrate. I never felt it was something I had to shrink away from or be embarrassed about, even in New Hampshire, where Armenians were in very short supply.”

From the life lessons she received from her parents, the inspirational manager has since added a few of her own that she offers to new graduates. “I tell young people to make themselves indispensable to their boss, and they will get promoted. Don’t take things personally. Have a great positive attitude. Learn from your mistakes and admit them. Ask for help. Ask questions. Be resourceful. Work harder than anyone else and be kind to people. Those qualities get noticed. They really do.”

The future for Armenia shines bright for Camilio Azzouz
END_OF_DOCUMENT_TOKEN_TO_BE_REPLACED