Fluency and Proximity—Prof. Bedross Der Matossian’s keys to the front door of history


With advanced proficiency in Western and Classical Armenian, Turkish, Arabic, Hebrew, Ladino (Judeo-Spanish), and English, along with Ottoman, French, and German as research languages, Bedross Der Matossian—born into the vortex of Middle Eastern affairs that is Jerusalem—is associate professor of modern middle east history at the University of Nebraska-Lincoln. The vice-chair of the university’s department of history, Prof. Der Matossian is the author and co-editor of three books, including the award-winning Shattered Dreams of Revolution: From Liberty to Violence in the Late Ottoman Empire,* as well as countless academic articles, regular online blogs, and a podcast series. He attributes his unique perspective on an array of topics to his multilingual skill set and firsthand exposure to issues facing minorities from antiquity to the present. How he also manages to serve on such boards of directors as the Zoryan Institute, the National Association of Armenian Studies and Research (NAASR) and the scientific board of the Armenian Genocide Museum-Institute in Yerevan, all while fulfilling his role as president of the Society for Armenian Studies, can only be ascribed to a passion for his work. 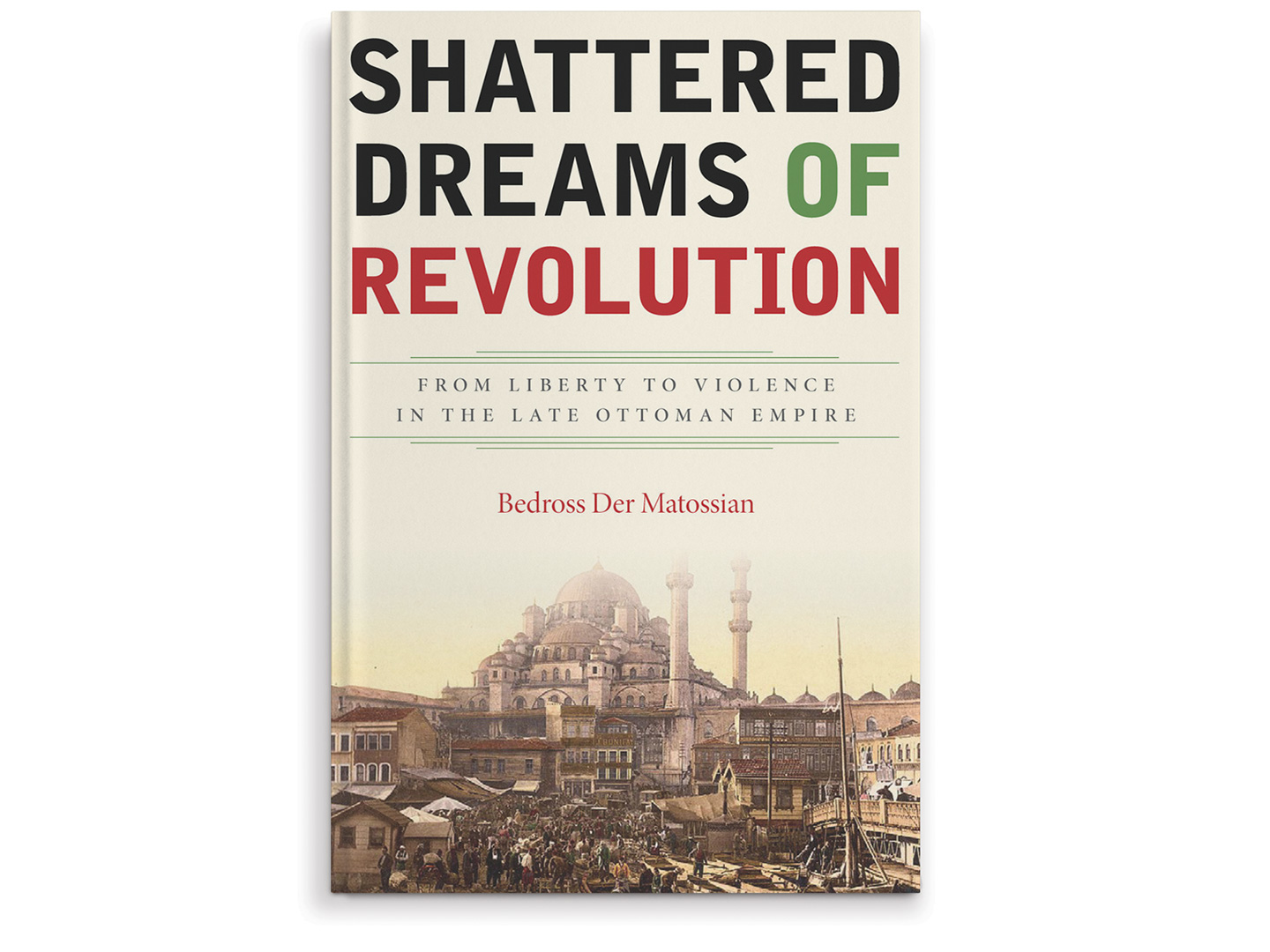 Q How has your educational background prepared you for an academic career?

A First of all, I had the great privilege of studying at the Sts. Tarkmanchatz Armenian School, situated in Jerusalem’s Armenian Quarter. The school taught us five languages: Armenian, including classical Armenian; Arabic; Hebrew, French; and English. Though I wasn’t really interested in European history, I was drawn to Islamic History, which led me to Hebrew University of Jerusalem from which I graduated with a degree in political science and Islamic and Middle East studies. From there, and with the help of various scholarships including one from AGBU, I had the opportunity to come to America and earn a PhD from Columbia University in Middle Eastern studies. This earned me a spot as lecturer at the Massachusetts Institute of Technology (MIT) in Middle East history before joining the faculty at the University of Nebraska-Lincoln, where I am currently an associate professor.

Quite frankly, what prepared me almost as much as the formal education was my front row seat to living history, when, at the age of 10, I was in the midst of the first Intifada or uprising of the Palestinian people. Witnessing these consequential events gave me the impetus to study Middle East history. But there was another educational resource at my disposal—my own family. I grew up with my grandmother Victoria, who lived to age 103. Surviving the Armenian Genocide, she was a font of eyewitness stories. With both sides of my family from Marash, atypical of most Armenian Jerusalemites, who are mainly from Cilicia, we grew up with detailed accounts of a bygone life. Not only that, Turkish (Marash dialect) was the second language in the house. All these exposures predisposed me to the study of minorities, which is why many areas of interest to me concern inter-ethnic politics and conflict in the Middle East, ethnic relations in the Late Ottoman Empire, Armenian history, the Armenian Genocide, and Palestinian history. I also teach a variety of courses on such contemporary issues as crimes against humanity, the Arab-Israeli conflict, and the history of the modern Middle East, among others.

Q How does researching sources in their primary language inform your insights?

A It allows me to understand historical events from the perspective of the dominant group, both the center of government and the non-dominant group, for which we began using the term minority in the early 20th century. In writing my book about the revolution in 1908, the non-dominants, such as Armenians, Jews, Greeks, Arabs, and the Albanians, did not have the political power. With my knowledge of Arabic, Ottoman Turkish, Hebrew, Ladino, and French, I was able to combine all these sources to hear their voices and detect their emotional nuances—from high anxiety to euphoria, while in the throes of revolution. As for Ladino, I taught myself after a good colleague Eyal Ginio from the Hebrew University advised me that to study the Jews of the Ottoman Empire, Hebrew was not enough. The main language of the Sephardim of the Ottoman period was the Spanish they brought with them after the Inquisition.

Q What is the impact of the digital age on historical research and thought?

A I come from a generation that wound up with the back pain of a photographer who takes images of thousands of pages. I have at least 100,000 pages worth of news clippings and archival material from different periods. Now, I can use websites like the Armenian National Library for digitized historical newspapers. There’s also the financial aspect. If you’re going to examine five newspapers dispersed around the world, you can access them within minutes rather than book a flight abroad. On the other hand, digital access obliterates the sensory experience of engaging with primary documents. Archives are not only in a building; they are a presence. It’s about the smell, the aura, the environment. It’s about seeing and touching the history, seeing it in three dimensions rather than on a computer screen.

Q What topics do you feel are under-researched and need to be addressed?

A In the last two decades the concentration has been mostly on the Armenian Genocide. I think there needs to be more research done on the Armenians in the Ottoman Empire before the genocide. We have very slim research on the Armenians as part of Ottoman society; we need to know more about the culture, the language, economy, society, religion. Another challenge we have is how to make Armenian scholarship in Armenia accessible to Western scholarship. There are excellent works coming from Armenia that should be translated.

Q What qualities must someone possess to be a successful historian like yourself?

A First, love what you do. Historical research, even in the digital age, takes time and effort. Synthesizing, analyzing and weaving your research into a coherent and accessible narrative can take many years. So passion, persistence,and patience are the pre-requisites to academic success.

*Published in 2014 by Stanford University Press.

Banner photo: Der Matossian sitting in the Schmid Law Library, at the University of Nebraska-Lincoln. Photo by Kathy Plunkett

Nathalie Piranian reflects on her involvement through the years
END_OF_DOCUMENT_TOKEN_TO_BE_REPLACED