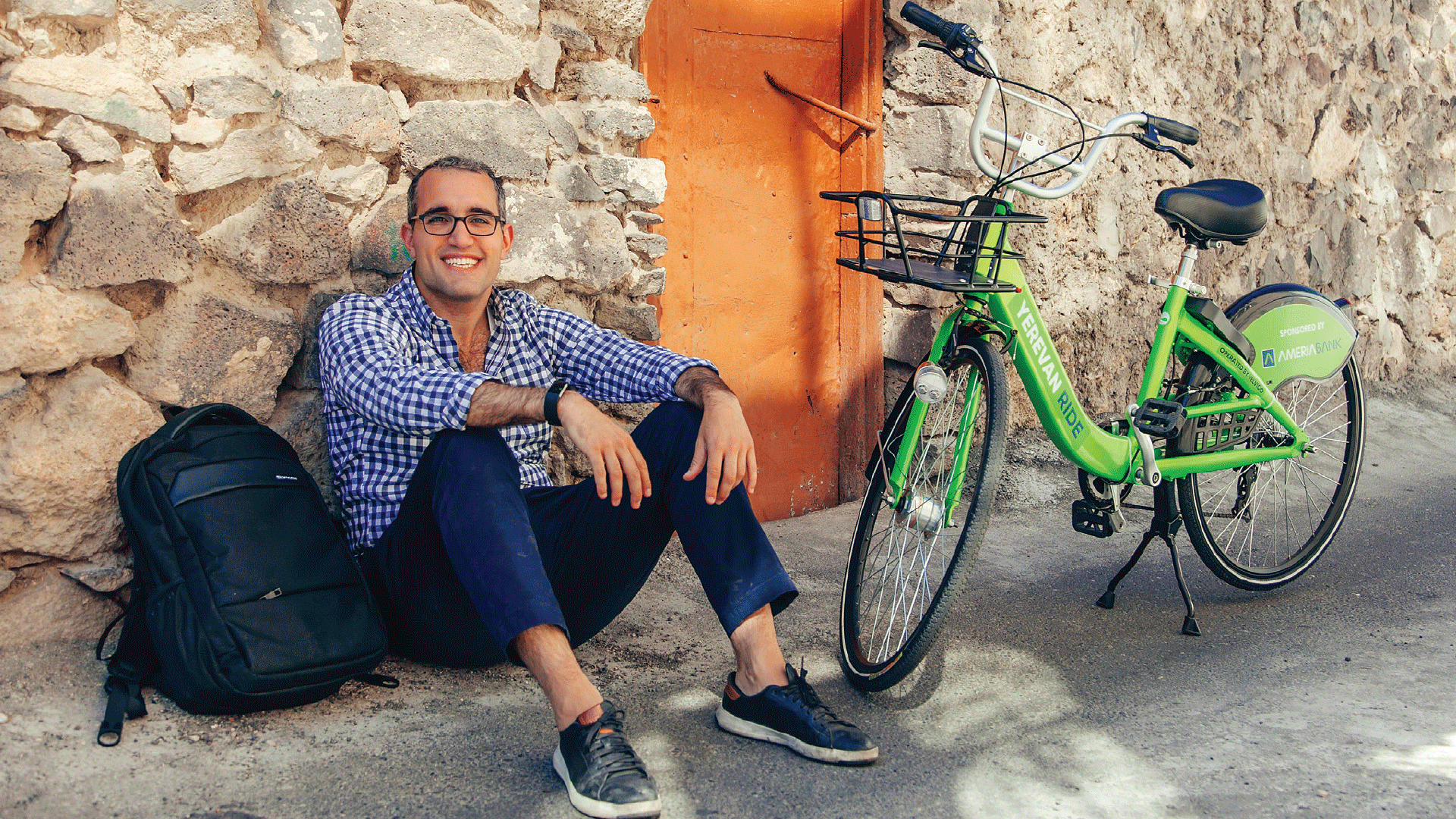 
When Alex Baghdjian traveled to Armenia in 2018; he noticed a major problem. “Everybody I met up with was late because of probka, which in Russian means traffic.” Determined to reduce road congestion and boost Armenia’s punctuality, Baghdjian decided to bring a new form of transportation to Yerevan: bikes.

As the co-founder of YerevanRide, a bike-share start-up venture, Baghdjian envisioned a greener, healthier, more affordable commute for Armenia. “We wanted to make a mark on the city by bringing this new innovative technology to Yerevan and really make a difference.”

For the next nine months, Baghdjian and his co-founder Albert Manukyan shared a studio apartment in New York City, alternating work for their start-up on top of their full-time jobs. One year and five trips to Armenia later, Baghdjian moved to Armenia permanently and launched YerevanRide in 2019.

After pitching the idea to the Neruzh start-up program and getting sponsorship from Ameriabank, Baghdjian and his team developed a mobile app under the holding company Velvioo. Their plan was to create a system where users could purchase a 30 minute, daily, monthly, or annual plan to scan and use a bicycle or electric bicycle. Within the first three months, YerevanRide had more than 16,000 registered users, 40,000 rides, and more than 4,000 active users.

To call Alex Baghdjian a global citizen is an understatement. Hailing from a Lebanese-Armenian family, Baghdjian was born in LA and spent his formative years all over the world, from Japan to Oman, London to Dubai, and Qatar to Washington D.C. As an undergraduate, Baghdjian studied finance and marketing, which led him to the AGBU Global Leadership Program in 2011. “I was placed in an awesome internship and learned more at First New York than I did my junior year of college. It definitely helped jumpstart my career.”

As Baghdjian paves his own path to success, the city scape is turning greener—one YerevanRide at a time.

The need for speed, scope and clarity in assessing crises on the ground gave Hripsime Matevosyan an inspired idea
END_OF_DOCUMENT_TOKEN_TO_BE_REPLACED

Varya Meruzhanyan has one of the world’s toughest challenges on her plate: food insecurity
END_OF_DOCUMENT_TOKEN_TO_BE_REPLACED

School is never far from home for Linda Karibian
END_OF_DOCUMENT_TOKEN_TO_BE_REPLACED