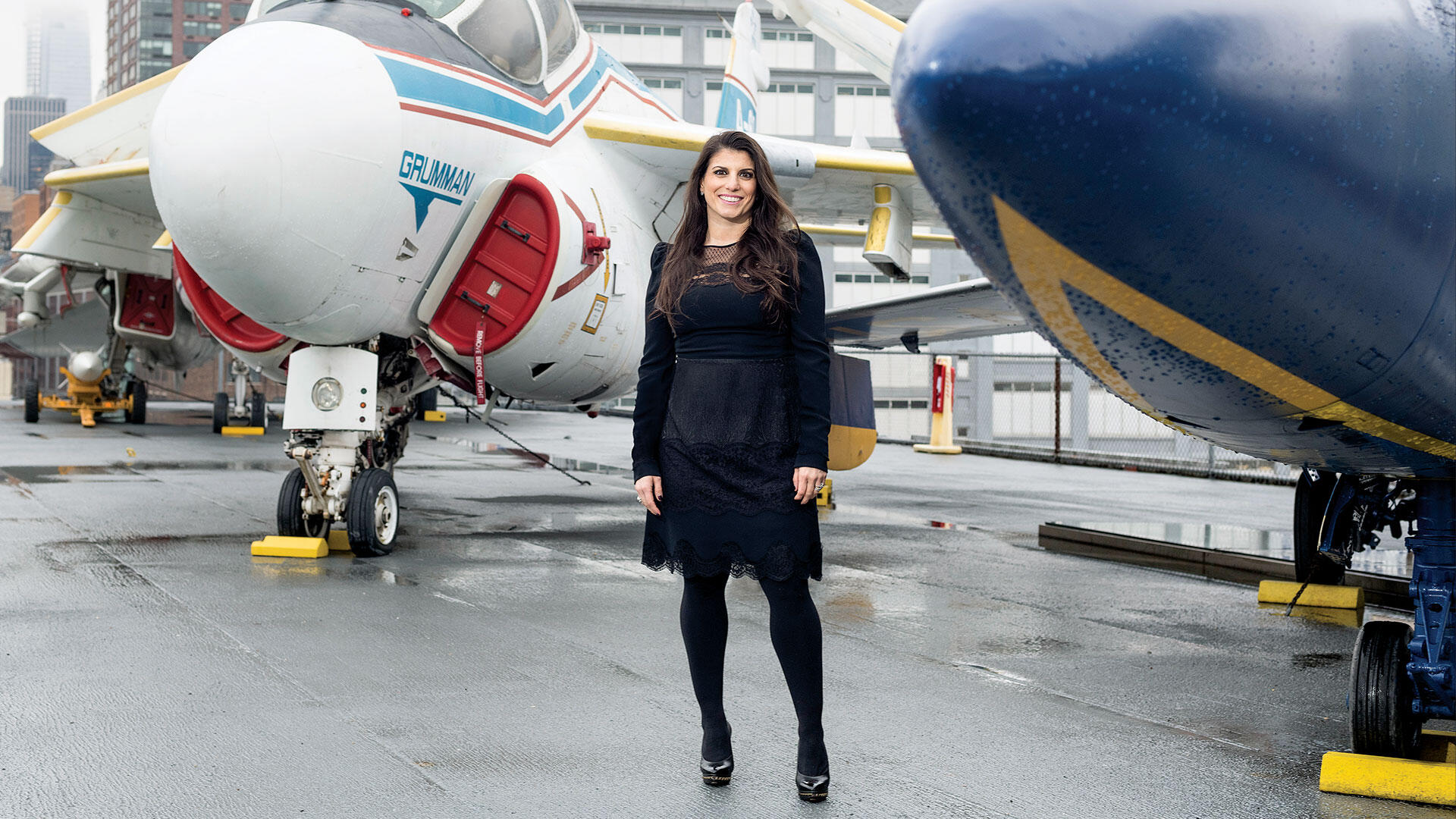 
Sheila Kahyaoglu was hovering near a gate at Boston’s Logan Airport, keeping an eye on the board where her name was listed among standby passengers for a return flight to New York. On the taxi ride to the airport, she had already switched to two other flights, noticing her original flight was delayed. But unlike others nervously checking the list, Kahyaoglu exuded an air of confidence about her chances of getting on the flight.

“Based on what I know about this particular flight’s average passenger load, prevailing weather conditions, availability of equipment, and time and day of the flight, odds are good I’ll get a seat,” she explained, rattling off her mental calculus. Then she added with a chuckle, “It would be a little ironic if it didn’t.”

Computing the likelihood of securing a seat on a midweek flight in the always-crowded Northeast corridor might seem like a super-power to a civilian, but to Kahyaoglu, the practical application of mathematics comes naturally. And while this situation was mundane, her demonstrated talent for complex equity research analysis in the vast multi-billion dollar Aerospace and Defense sector has rapidly propelled Kahyaoglu to a vaunted position as Managing Director at Jefferies LLC, a boutique investment bank, as she barely approaches mid-career. Kahyaoglu is among the very few female research analysts on Wall Street, and even more unique, she is the only female analyst within her rarified sector.

“Finance is still an incredibly male-dominated field. As a female analyst I sometimes wish I covered the consumer sector so I could discuss Michael Kors’ acquisition of Versace.” But instead, you will find Kahyaoglu in the green room before a broadcast media appearance, making final notes before going on camera to discuss the latest in hypersonic missiles.

“I usually get asked if I’m a pilot or if I’m an engineer,” she adds. “Most of the folks in my space do have some sort of aeronautical engineering background. It’s differentiating that I do not, and even more so that I’m a woman. It’s also been a bit of a struggle. I recently wrote in a women’s newsletter that I don’t play golf and I don’t care about football. So what I focus on is knowing my companies inside out, and being the best at my job.”

What Kahyaoglu demonstrated within her first few years following graduation from NYU with a degree in economics, was an ability to quickly grasp the intricacies of industrial equity research. After her first role as a leveraged finance associate at JP Morgan, she was tapped for multi-industry and electrical equipment equity research at Credit Suisse. When she later moved to Jefferies in 2012 as a research analyst, she was named by the industry publication Institutional Investor as one of their ‘Rising Stars on Wall Street’ two years running and continues to rank near the top of the coveted annual Institutional Investor analyst poll. Promotions, industry visibility, and her consistently authoritative appearances commenting about the sector on CNBC, Bloomberg and other media outlets and publications soon followed.

Equity research analysis is a multi-pronged role that combines a data scientist’s ability to understand historical performance financials; a reporter’s quest for deep corporate insights; and a public information officer’s knack for keeping abreast of mega-trends and industry buzz. An analyst with a high ‘tip rate’ of success, which Kahyaoglu has, may also seem to have the touch of a psychic, in accurately making Buy, Hold, or Sell calls on a greater-than-average basis. But Kahyaoglu knows her success is a matter of hardcore research, combining the curiosity of an investigative sleuth with an understanding of the underlying technology driving the industry.

“I cover 30 stocks, including household names like Boeing, Honeywell and United Technologies. A lot of what’s driven the equity stories of these companies has been secular growth, where people are constantly flying, so growth is demand-driven. But further to that is the undeniable and accelerated importance of technology,” she explains.

“Technology has always been part of defense and aeronautics, of course, but there are nuances that analysts and industry insiders are acutely aware of. For example, if you’ve ever flown on a 757, they’re older so naturally, a slower aircraft. They will get you to San Francisco, but usually two hours late, and you may end up sick half the time after the flight due to an outdated oxygen system. In contrast, a 787 has brand new oxygen and electrical systems, and a more efficient engine. They’re faster, cleaner and better performing planes. So, knowing everything from the companies that make the various components for the 787, to when a new fleet is being delivered, and to whom, is vital to making an accurate call on the relevant stocks. What’s driven my job is the constant technology evolution within the products the companies in my portfolio are offering, despite the lengthy development cycles in those industries.”

Finance is still an incredibly male-dominated field...what I focus on is knowing my companies inside out, and being the best at my job.

Kahyaoglu’s understanding of her sector’s ecosystem evolved almost accidentally, and was driven by an innate curiosity. “I basically fell into it. One of the deals I worked on in my first job was in 2008, during the financial crisis, and happened to be an aerospace acquisition. While I studied the company, I began to think organically about it, rather than just look at the financials. Now when I meet with executives within a company, I will make notes while thinking, if I were the CEO, what would I do?”

This deep strategic thinking informs her frequent appearances in broadcast media, most recently and visibly around the crisis surrounding the grounding of Boeing’s Max 737 jets, and in the detailed sector reports that Kahyaoglu publishes for Jefferies institutional investors. Early in her career, she took the advice of a mentor to spend at least three to six months studying everything she could get her hands on about a company she was following, to ensure no detail is overlooked when she formulates her opinion of them. Kahyaoglu recognizes that given her current stature, her influence can impact the market.

“In one sense, I’m essentially a reporter. But I’m keenly aware my views on a stock can heavily change the valuation of a company, so I’m meticulous in what information I put forward. Boeing alone employs one hundred and fifty thousand people. Their larger supply chain for the industry employs 1.1 million people in the US, and this grounding has implications not only for Boeing and its supply chain, but for the global economy, because there’s a shortage of aircraft. So a story like that is unprecedented, and requires extreme care in analysis.” 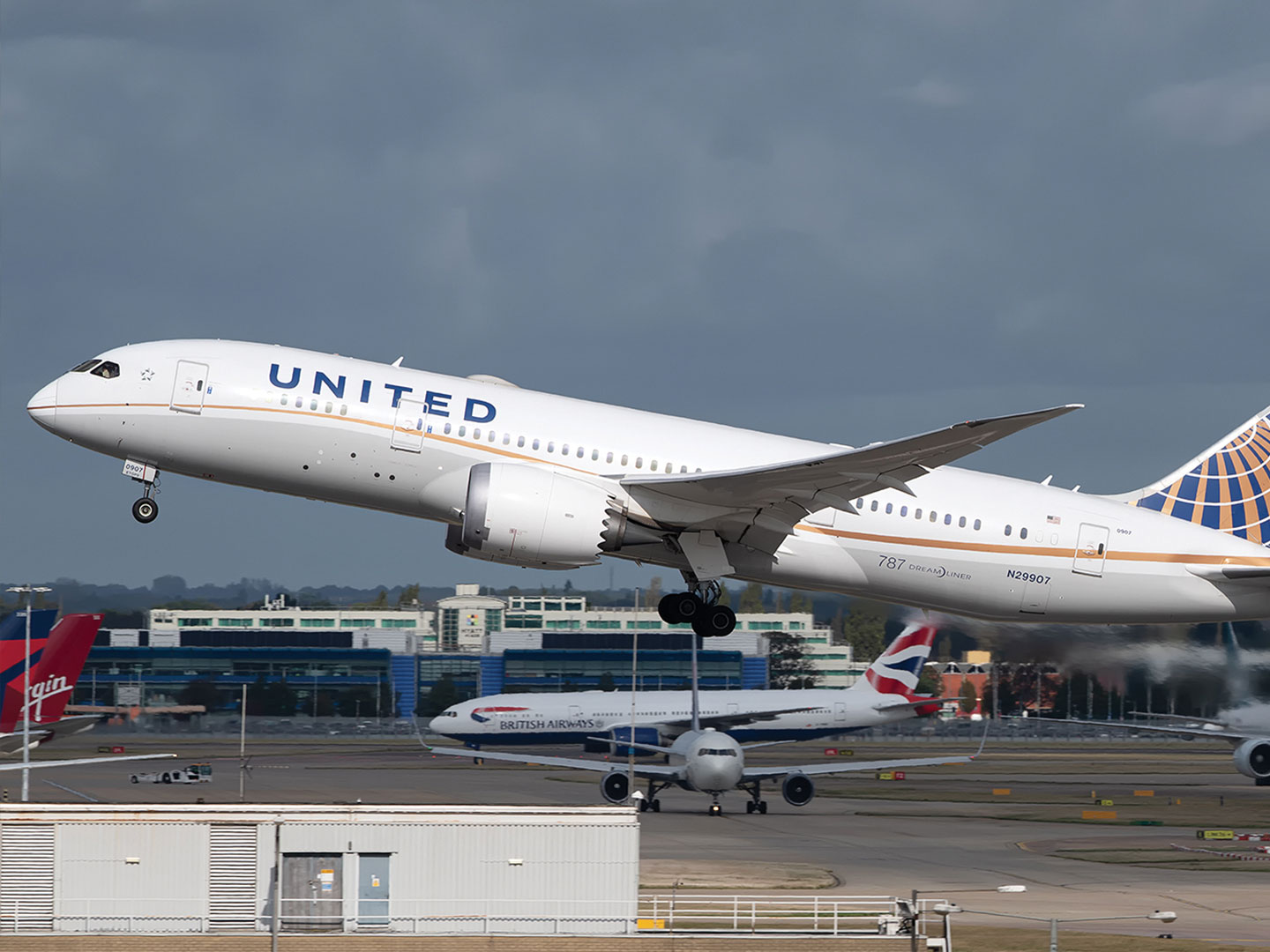 Kahyaoglu’s ability to synthesize multiple disciplines was fomented during her childhood. Born in Turkey, her family immigrated to the US when she was five years old. She attended Hovnanian Armenian School in New Jersey, and in addition to excelling in academics, she benefitted from her parents’ “no-limits” approach to her interests, leading her to undertake and excel in an eclectic array of extra-curriculars, from Armenian dance groups to Taekwando. Summers at Camp Nubar led Kahyaoglu to a deep association with AGBU, where she later served on the Steering Committee of the AGBU Young Professionals of Greater New York for more than 10 years, helping to co-found the professional mentorship program for AGBU summer interns.

“It’s a very successful program in that it pairs interns directly with relevant senior professionals,” she says. “When I’m approached by people to be mentored, based on my experience at AGBU, I tell them to narrow their focus. Don’t go broad: finance is big, technology is big. Do your research and find someone where you emulate their career path—don’t find a random mentor just for the sake of having one.”

Kahyaoglu has had relevant mentors in finance, but they could not have anticipated the accelerated growth in technology, and the advent of AI and machine learning that now dominate the industries she covers. She sees a future where AI and data scientists could theoretically replace many of the roles played by analysts in today’s financial markets, including hers, in thirty years.

“I do hope I can do my job forever, because I absolutely love it. It’s dynamic and excites me every day,” Kahyaoglu enthuses. “There’s always a plane with an issue, a missile that might be fired somewhere, or a pending merger between two monoliths, almost every day. I spend my day talking to smart management teams and knowledgeable investors, and then I get to write and talk about what I think. I couldn’t think of a cooler job.” Then she stopped herself mid-sentence. “Oh look; I’ve just been taken off the standby list. Time to get ready to fly.”

The need for speed, scope and clarity in assessing crises on the ground gave Hripsime Matevosyan an inspired idea
END_OF_DOCUMENT_TOKEN_TO_BE_REPLACED

Varya Meruzhanyan has one of the world’s toughest challenges on her plate: food insecurity
END_OF_DOCUMENT_TOKEN_TO_BE_REPLACED

School is never far from home for Linda Karibian
END_OF_DOCUMENT_TOKEN_TO_BE_REPLACED