Vahe Ekmekjian is a one-man masterclass in Alumni Relations


When a garden-dinner-dance in Los Angeles attracted almost 200 people to celebrate a school halfway across the world, Vahe Ekmekjian knew he was on to something. It was June 1989 and he had only been in the United States for three years when he and his best friend Vartan Osganian had the idea to gather everyone they knew from their alma mater back in Aleppo, the AGBU Lazar-Najarian-Calouste Gulbenkian School.

Pursuing his studies and a professional career in the United States, Ekmekjian thought a reunion would be a good way to relieve the nostalgia he felt for those carefree days in Aleppo and perhaps encourage more such community gatherings in the future. Thirty years later, the AGBU Lazar Najarian-Calouste Gulbenkian School Alumni Association is one of the most active among AGBU alumni networks, serving as a uniting force in the Syrian-Armenian community in the United States.

Now a designer and contractor living in Los Angeles, Ekmekjian has spent the past three decades cultivating a strong community of former and current students, creating a home and a legacy for the alumni of AGBU Lazar Najarian-Calouste Gulbenkian School. The Association serves all students—no matter how many miles separate them from the school that nurtured them. In the Los Angeles community, Ekmekjian is the man behind the many coordinated fundraising activities that keep the Aleppo school running, despite the political upheaval and turmoil in Syria of recent years. From raising funds for infrastructure to bringing people together through shared experiences from home, the Association pushes its members to think constructively about the shifting nature of their Diaspora and the displacement a new generation of students faces.

The success of the Association is also a testament to the educational impact the school continues to provide. “All the years I spent at Lazar-Najarian, that’s my youth,” admits Ekmekjian. “I remember everything like it was yesterday. I can look at a photo of my kindergarten class, and after fifty years, I can recall the name of every one of my classmates.” Ekmekjian is obviously not alone in feeling such fondness. With sports teams and music groups, a dynamic faculty and a central location in the city, the school remains a nexus for community engagement.

At one time, the AGBU Lazar Najarian-Calouste Gulbenkian School was not only the largest Armenian school in Aleppo, or in Syria, it was the largest Armenian school in the entire Diaspora. The K-12 curricula served 1,600 students, registering new students every year. The war in Syria has dealt a startling yet expected blow to the count of engaged students with barely 300 now regularly attending classes. “Not too many Armenians are left in Syria anymore,” Ekmekjian laments. “Yet, we are still together,” he adds, hopeful. “When we hear somebody new has arrived in Los Angeles, we try to reach out to them, find out if they need anything, making sure we’re there to help.” Because the love for their school and their peers is so great, it is no surprise that the members of the Alumni Association band together to help families address intergenerational issues as they salvage pieces of their once thriving community in a new land.

Speaking to Ekmekjian, it becomes apparent that he himself has been a community organizer since his youth, mobilizing those around him work for something bigger than themselves. Growing up as an AGBU AYA Scout, he learned how to be an effective part of a group but also fill the shoes of a leader. In 1981, when he realized the scouts had multiple musicians among them whose talents weren’t being utilized for a greater good, he organized the AYA Marching Band. Under his tutelage, they came to be known throughout Aleppo and beyond, playing major events in Syria and Armenia. Once in California, Ekmekjian became the first chairman of the AGBU AYA Southern California District Committee. And though he left Aleppo, Aleppo never really left him.

Ekmekjian’s (highlighted) kindergarten photo from 1961. This year will be the 65th anniversary of the AGBU Lazar-Najarian Calouste Gulbenkian School

When recounting the history of the Alumni Association, Ekmekjian cites the nearly 400-page book he has compiled with decades worth of letters, tickets, checks—literally any correspondence received that was related to the Association. Meticulously organized, he makes sure his records reflect the impressive growth in membership and participation. All the while, Ekmekjian stays in close communication with the school administration in Aleppo. In a time of need, the Association has adapted to meet more urgent demands, mobilizing the community in Los Angeles and making sure the funds its members raise go directly to the institution’s infrastructural matters, so the school can provide a safe place for its current generation of students.

As someone who pursued his studies abroad, Ekmekjian is particularly sensitive about access to education for current graduates in Aleppo seeking their next opportunity. Working diligently with embassies, Ekmekjian enjoys shepherding students through the immigration process to make sure their talent does not go to waste because of political uncertainty beyond their control. The Alumni Association has followed suit, shifting its focus to address these timely issues as well.

“To be effective in the community,” Ekmekjian insists, “you have to ask yourself what you can do, listen to the response and get ready to do it.” In planning for the Association’s 30th anniversary celebration, he reflects on its effect over the years, taking stock of the countless events organized and the thousands of dollars raised. “By coming together so far from home,” he says, “we are rebuilding our Aleppo.” 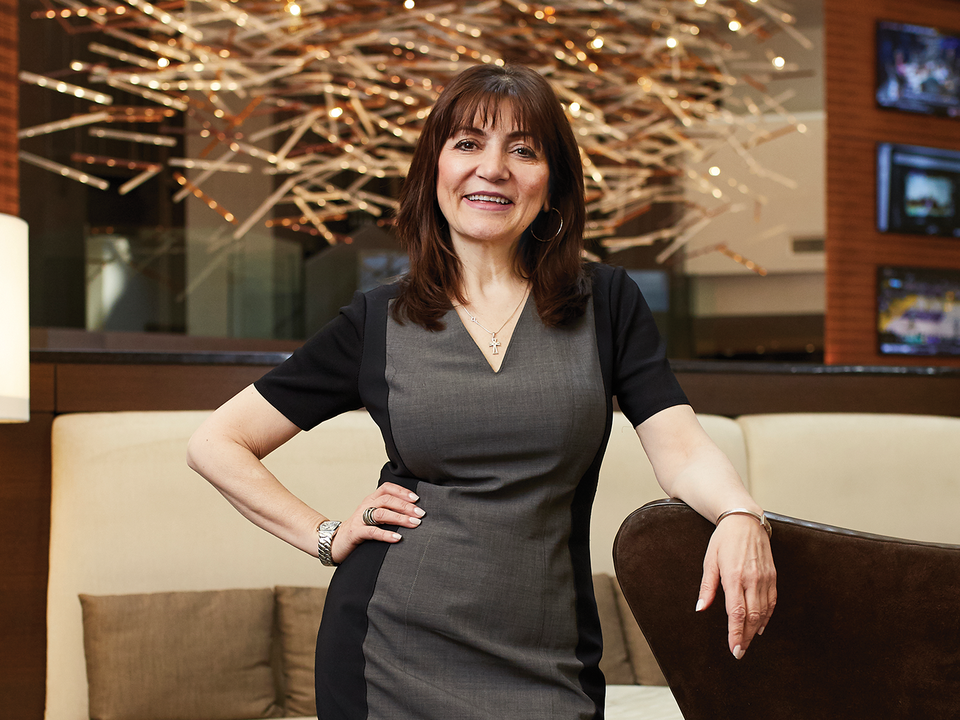 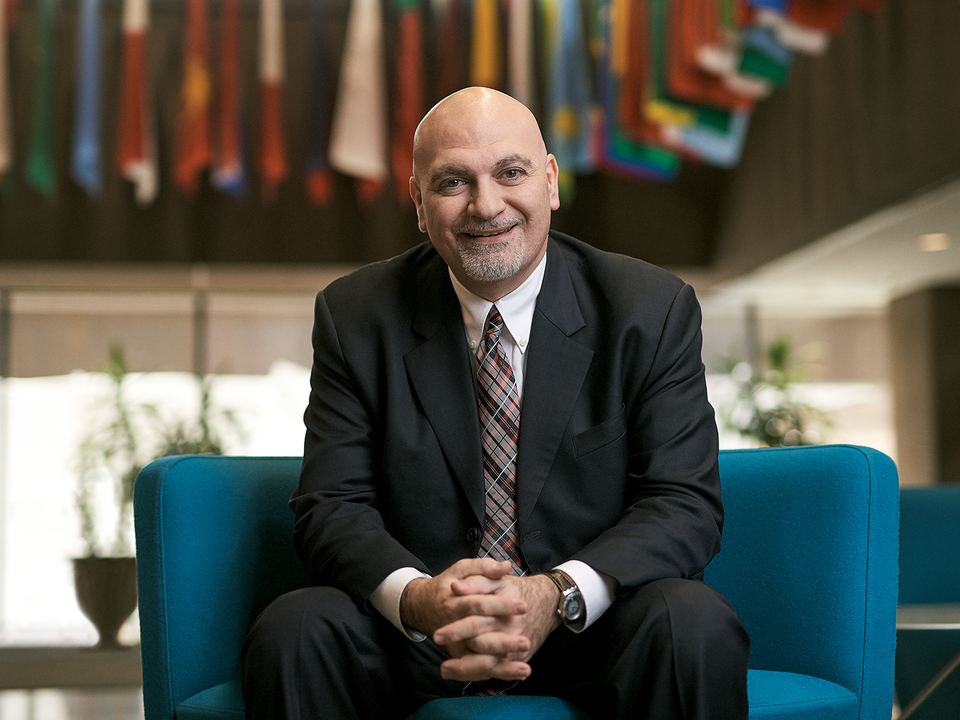 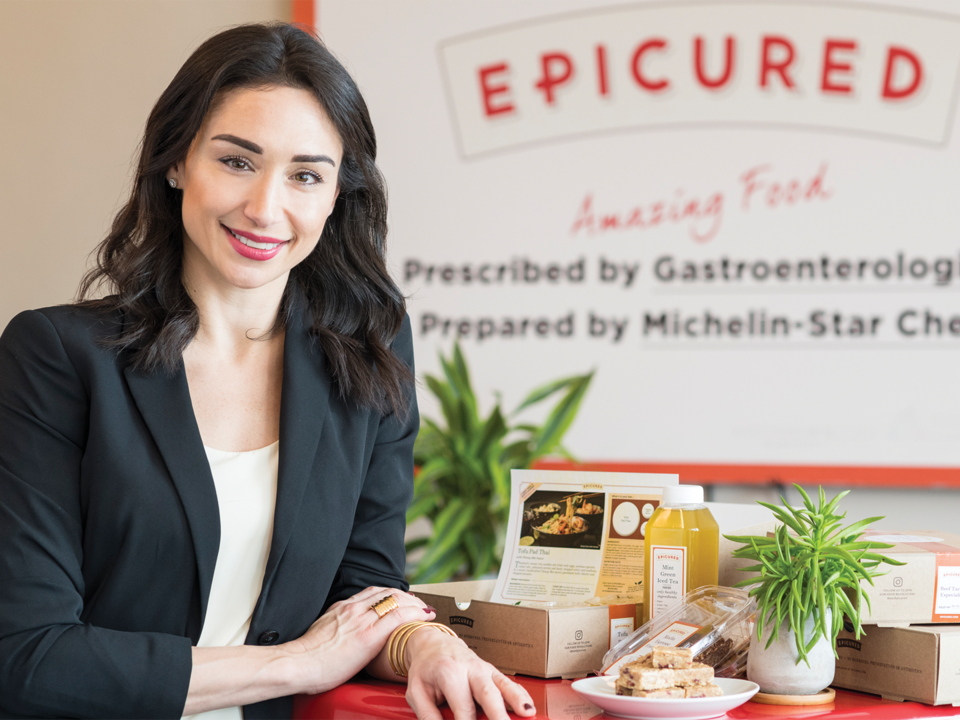 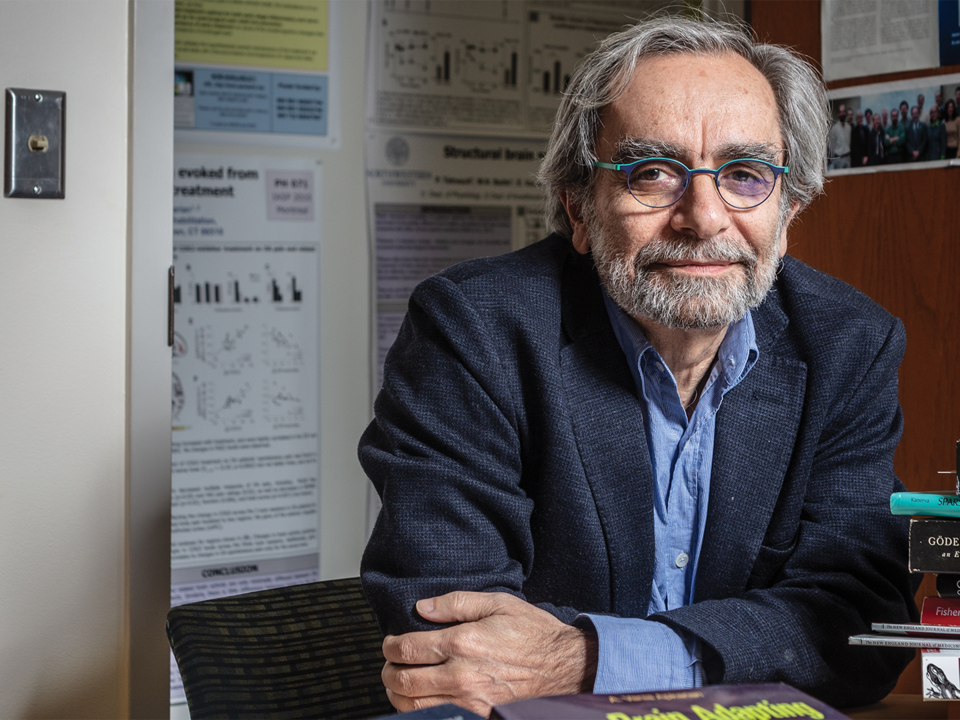 Prof. Vania Apkarian is at the forefront of brain research to alleviate pain related suffering
END_OF_DOCUMENT_TOKEN_TO_BE_REPLACED 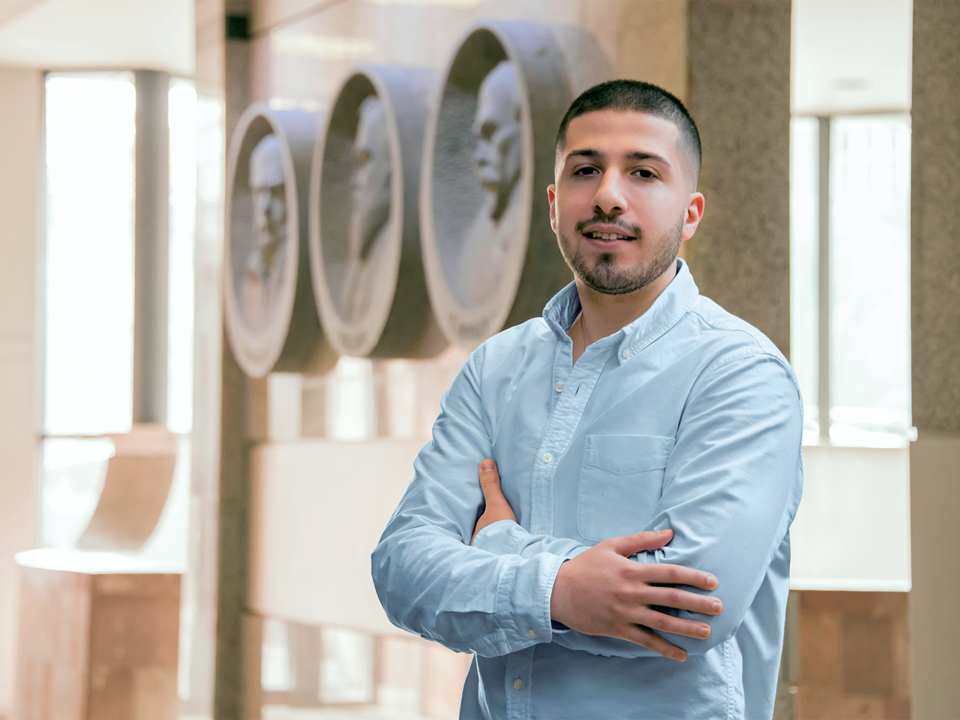 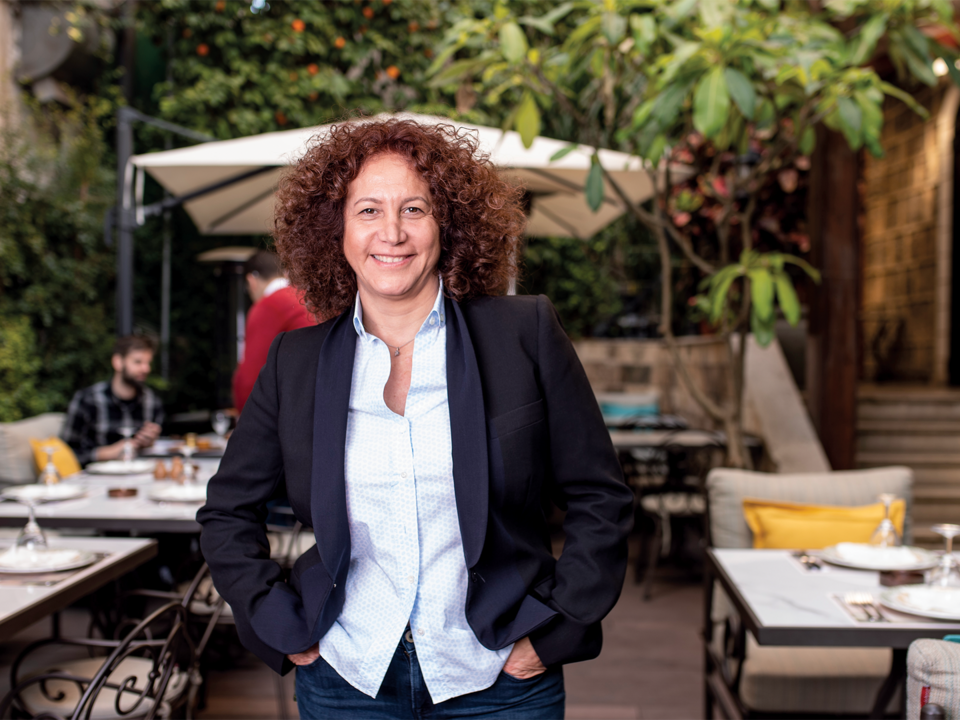 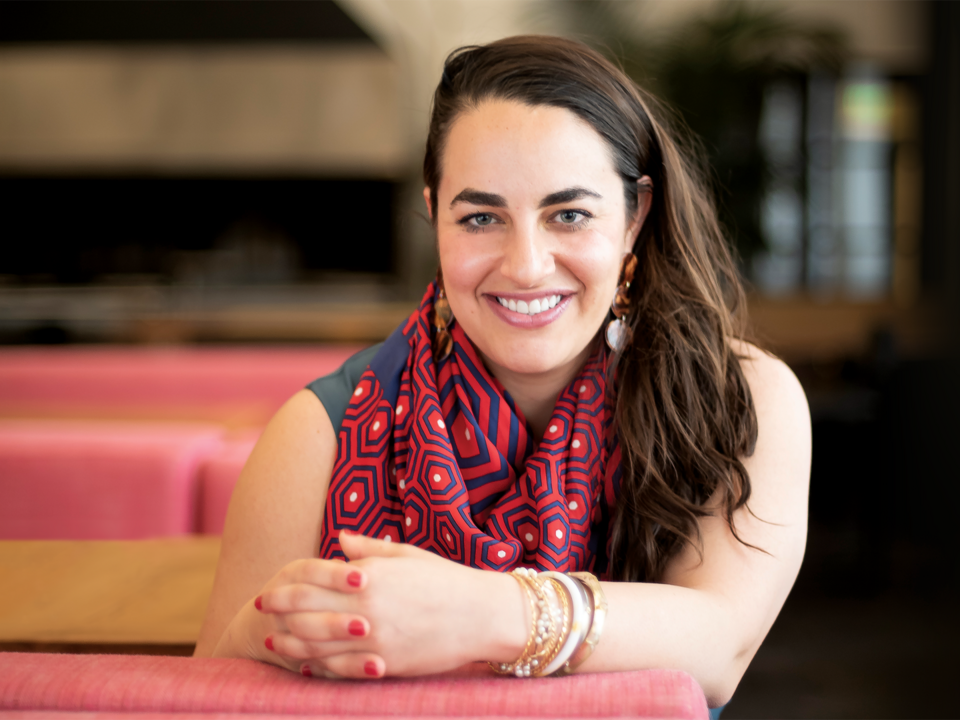 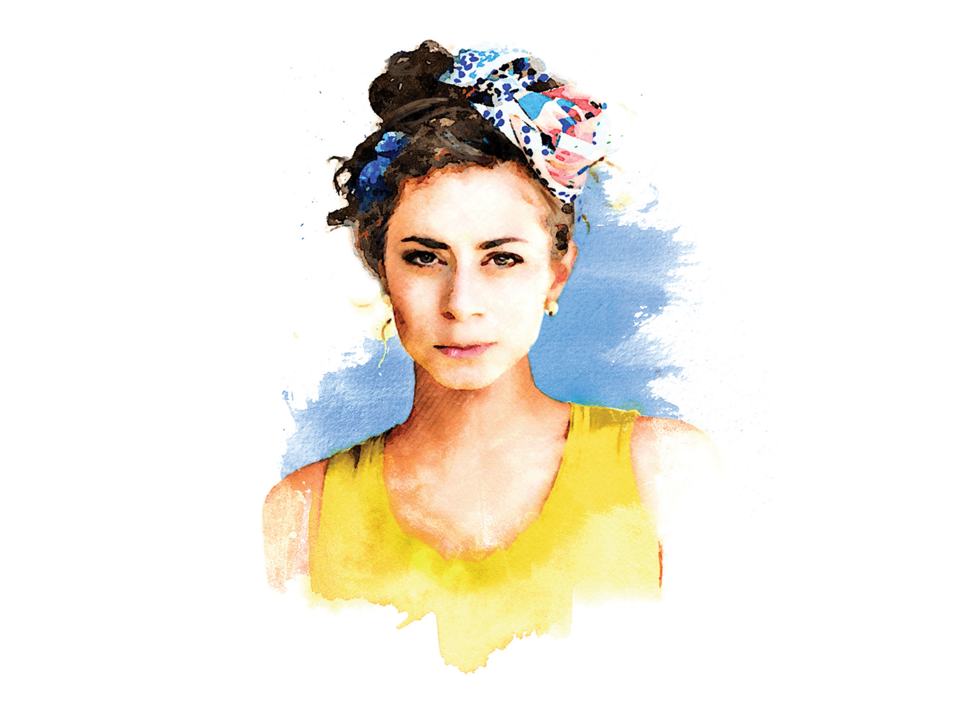 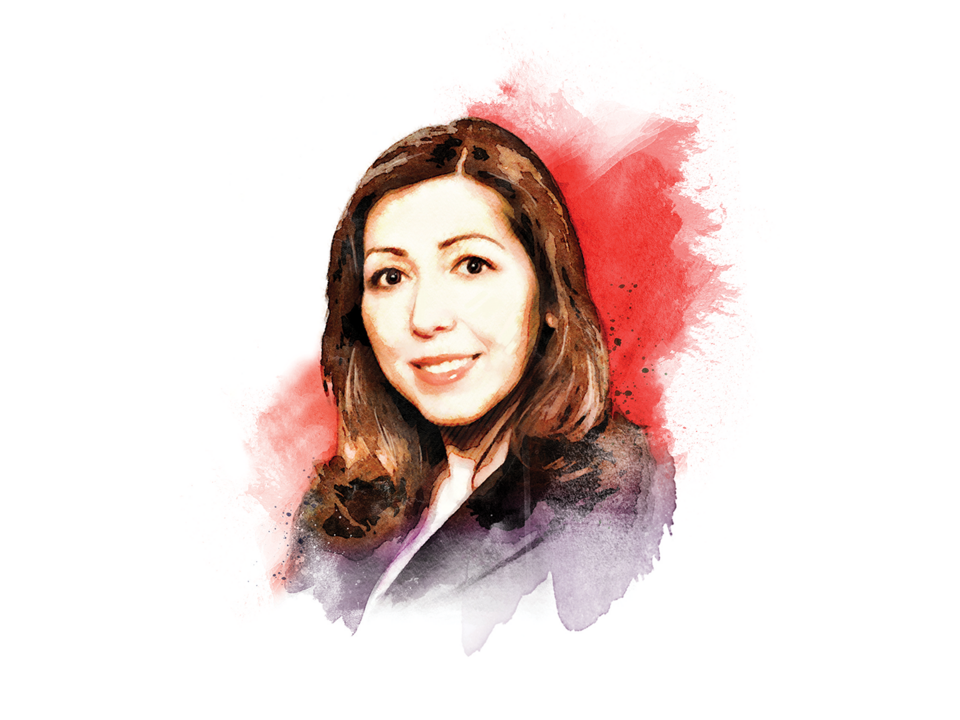 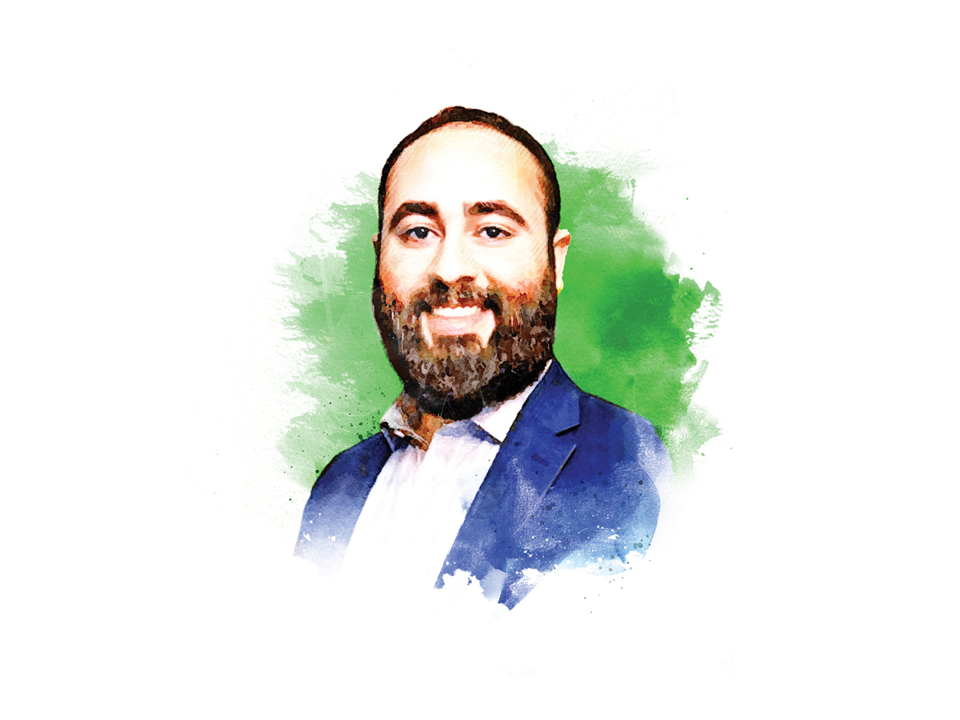 How the scouting way of life shaped Kevork Atamian
END_OF_DOCUMENT_TOKEN_TO_BE_REPLACED