Infectious disease specialist Dr. Tsoline Kojaoghlanian is a case study in giving back to the community

When COVID-19 began its in-exorable spread across the United States, with mass anxiety and confusion rising with every uptick in what came to be known as “the Curve,” Armenian health professionals and communities across the country had an inside edge: the eloquent and compelling Dr. Tsoline Kojaoghlanian. Despite an increasingly overwhelming professional reality in front of her, one that comes once a century, Dr. Kojaoghlanian felt an urgent call to service, determined to arm her own community with relevant and practical information. From that point on, this persuasive dynamo, who appears week after week on household Zoom screens and Facebook pages across the Internet, is prepared to take questions, explain the science, vet the data, and give no-nonsense advice as to how families can stay safe and healthy.

As a longstanding board member of the Armenian-American Health Professionals Organization (AAHPO) with a mission to promote and advance the science and art of healing and to educate and improve the health of the Armenian community, Dr. Kojaoghlanian felt an urgent call to service as soon as the news of the virus began circulating through the medical community in early 2020.

“I contacted key members of the AAHPO board. Speaking as an infectious disease specialist, I explained that this virus needed to be taken extremely seriously and urgently. This is my specialty, my purpose. I knew that informing my community, whether it was the Armenian community, the Lebanese community, my neighbors, or my friends, this was the one power I can harness in this moment. I wanted to empower others by giving them scientific, data-driven, evidence-based information.”

The AAHPO leadership responded immediately. Starting in February, Dr. Kojaoghlanian sent a series of email alerts with information on the virus to AAHPO membership, as well as Armenian churches and NGOs. Shortly thereafter, the AAHPO COVID-19 Virtual Town Hall was organized and launched in late March with Dr. Kojaoghlanian guiding the way on symptoms and testing, even as the death toll in New York climbed into the hundreds daily. “Initially, my goal was to counter some of the misinformation out there and to alleviate some anxieties and provide what little peace of mind I could. I felt that if I could give advice that changed only a handful of lives, that is already a big deal.”

Dr. Kojaoghlanian inside Maimonides Medical Center, wearing her mask and goggles for her shifts during the COVID-19 outbreak. Photo by Tsoline Kojaoghlanian

Fortunately, Dr. Kojaoghlanian exudes both authority and calm during the online panels, even as she peppers her responses with stark yet necessary data. Viewers see her carefully weighing her responses so as to simultaneously assuage fears while answering questions with candor and compassion. Soon after the town halls began, the appreciative accolades, flowers and thank you notes began pouring in, as the community demonstrated its gratitude for receiving reliable advice on a regular basis from trusted, expert sources.

To prepare the most up-to-date information, all panelists, who are volunteers, keep abreast of a staggering array of data and peer-reviewed papers. They draw from sources ranging from the CDC, the Infectious Disease Society of America, along with NY State Department of Health briefings and webinars, which are provided to the medical community on a continual basis. The panelists do this while continuing with their medical and clinical practices, teaching, and other responsibilities.

For Dr. Kojaoghlanian, this also includes writing and publishing much-lauded pediatric infectious research papers, as she did recently, on her experiences with pediatric COVID-19, in addition to treating pediatric patients suffering from non-COVID infectious diseases and addressing a secondary type of COVID-19 syndrome that began to emerge in May. It was then that Multisystem Inflammatory Syndrome in Children (MIS-C) began to present in children who exhibited severe, multi-organ inflammation, likely in response to previous exposure or infection with the coronavirus. Although MIS-C is rare and most children recover from it, it is nevertheless a frightening example of how much remains unknown about the virus.

Modeling a preternatural sense of equipoise in the midst of this crisis may come naturally to Dr. Kojaoghlanian, whose early childhood memories growing up in the Armenian community in Beirut during the Lebanese civil war include her family escaping periodically to Cyprus and hiding in bomb shelters, tuning out the noise to do her homework and study for exams.

“Growing up in Beirut, my own childhood and schooling were interrupted, just as the pandemic is interrupting education for children now. We went through very rough times,” Dr. Kojaoghlanian recalls. “But when you’re surrounded with loving family and good friends, you learn to take things as they come.”

The second-generation Lebanese-Armenian daughter of a pharmacist and AGBU alumnus, Dr. Kojaoghlanian was enrolled in school at a significantly earlier age than her peers. Yet, while attending AGBU Nazarian and Tarouhy-Hagopian schools, she excelled despite her age. Her keen intellect and outgoing, expansive personality were apparent early in life.

If I could give advice that changed only a handful of lives, that is already a big deal.

“Despite the fact that I was younger than my classmates, I was always the first in the class, the shortest in the class, and, unfortunately for the teachers, a troublemaker in the class,” she laughs.“Teachers couldn’t quite put this all together, how this tiny girl who managed to disrupt the class was still getting great grades.”

Leaving Tarouhy-Hagopian after ninth grade, Kojaoghlanian completed high school at the British-run Jesus and Mary School in Rabweh, Beirut. There, she continued to excel at all academic subjects, even those taught in her non-native language of Arabic. She dove ever more deeply into her studies, propelled by an innate intellectual curiosity and work ethic that has carried through her demanding career. Like others who have lived through wars and the challenges of emigrating from their native country, Dr. Kojaoghlanian demonstrates courage, tenacity and a drive to surpass expectations.

“Nothing comes without sacrifice,” she emphasizes. “I would always go a step further than everybody else. That meant staying home studying when the other kids were out partying and socializing and going to nightclubs. Nobody was forcing me to do that—I did it because I’ve always had a love of learning, so it brought me joy.”

Dr. Kojaoghlanian senses her academic interests in exploring root causes, plumbing mysteries, and uncovering connections are what attracted her to the field of infectious diseases. “It’s the field in which nothing is straightforward. We are dealing with other microorganisms, each of them with their own panel of pathogenesis, of symptomatology, of treatment. So it made it very intriguing to pursue that.”

Her love of the sciences both deepened and broadened as she pursued her undergraduate degree with honors at the American University in Beirut, later graduating from the renowned AUB Medical School. When it came time for her certification, residency and fellowship, her attention turned to the US, where the level of medical education and practice were considered the pinnacle for any aspiring researcher and physician. Visiting New York City for the first time while serving her residency at Upstate Medical University in Syracuse, Kojaoghlanian fell in love with the city where she would eventually settle.

“New York reminded me of Beirut. I loved how it was loud and chaotic and the people are super-ambitious; it really spoke to me,” she recalled. “I thought, ‘If I’m going to live somewhere away from my family, I’d rather be in a city that reminds me a little bit of the type of craziness where I grew up.’”

She served her fellowship at New York’s Children’s Hospital at Montefiore, focusing her research on adenoviruses and later serving as professor of pediatric infectious diseases there for nearly 15 years, while teaching immunology and microbiology at the Albert Einstein College of Medicine. Dr.Kojaoghlanian had recently joined the faculty at Maimonides Children’s Hospital when the pandemic hit hard. Her background made her uniquely prepared for the countless hours spent devising COVID-19 guidelines and protocols for the hospital, while addressing her colleagues and community with assuring readiness.

“This may sound odd, but I have this special appreciation for viruses and what they do. There’s a reason we say a video or social media post ‘went viral’—viruses are microscopic, invisible things that can quickly create huge macroscopic and, obviously, highly visible problems,” says Dr. Kojaoghlanian.

That COVID-19 began to spread so wildly was no surprise to her. “While the experts didn’t know exactly when it would happen, we were 100% certain a pandemic of this magnitude would eventually happen. There is a precedent for it in the increased interaction between human beings and animals in the environment. An example is the rise of Lyme disease; where we are building more houses in the woods and are in much more frequent contact with deer, there is a concurrent rise in tick-borne infections. These global trends convinced experts that it was only a matter of time before we had a raging pandemic. The only real surprise was that it happened now.”

As fear began spreading in New York with the unknowns of COVID-19, like anyone else living in the city, Dr. Kojaoghlanian contended with sobering realities of the virus’s potential to hit close to home.

Dr. Kojaoghlanian with one of her patients in New York prior to the COVID-19 outbreak.

“I was commuting every day on public transportation to work at a hospital where the virus was hitting very hard. I began feeling worried and guilty about potentially bringing the virus back home to my family,” she confesses. “I even gave the passwords to all my accounts and will to my family back in Beirut, just in case something happened to me. So as an individual, I was going through an emotional rollercoaster like any person; but I knew that the only way I’m going to help and heal myself is to continue to serve my community.”

While, as of this writing, COVID-19  continues to spread in the United States as well as other countries, Dr. Kojaoghlanian retains the almost stoic realism characteristic of her profession, tempered with innate optimism. A colleague found her uncharacteristically sighing in her office in mid-May, after she had been treating several MIS-C patients, and gently reminded her that this is one of the moments they had all trained for. Dr. Kojaoghlanian recalibrated internally and continues to find and share valid reasons to be positive.

“We know what behaviors people can adopt to stay relatively safe, from wearing masks to avoiding indoor social gatherings. We have multiple vaccines in accelerated development. We have hundreds of scientists coming together to achieve the unachievable, really. Many records are being broken, so we have to look at it that way,” she offers with genuine hopefulness.

“I see COVID-19 as an evolving story. We are writing chapter after chapter with the best science we have. We have been thrown curve balls with this virus and that’s what makes it both intriguing along with being dangerous.”

Speaking about her commitment to maintain her highly visible role at the AAHPO town halls, she cites those who have inspired her with their own perseverance, from her own parents and grandparents to globally renowned infectious disease experts. “That’s why we keep informing everyone about everything we know, as quickly as we know it. We want to avoid as much of a toll as possible.”

The good doctor concludes with one more piece of her infectious optimism. “When you are armed with knowledge, you don’t have to despair.” 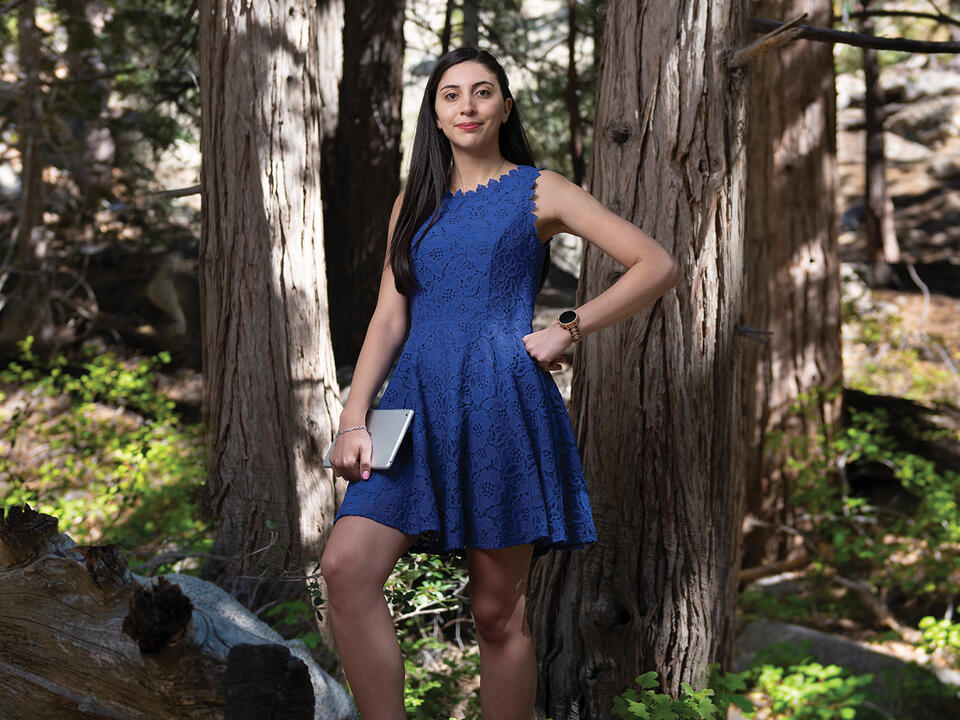 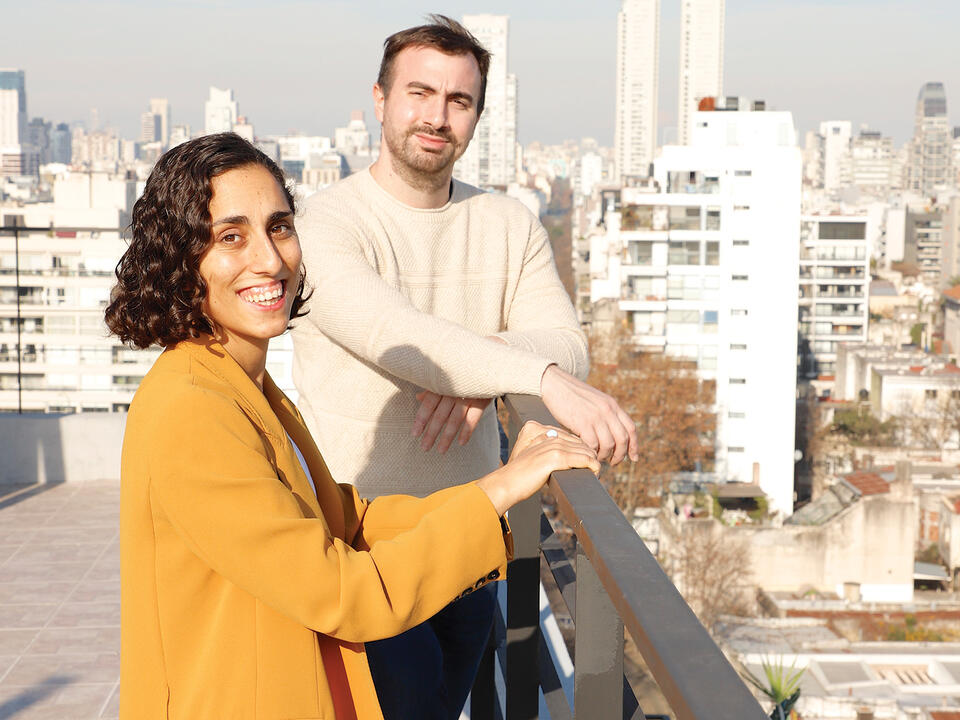 From a small-world chance meeting between Micaela Ekserciyan and Alexis Koruk, a global leadership program was born
END_OF_DOCUMENT_TOKEN_TO_BE_REPLACED 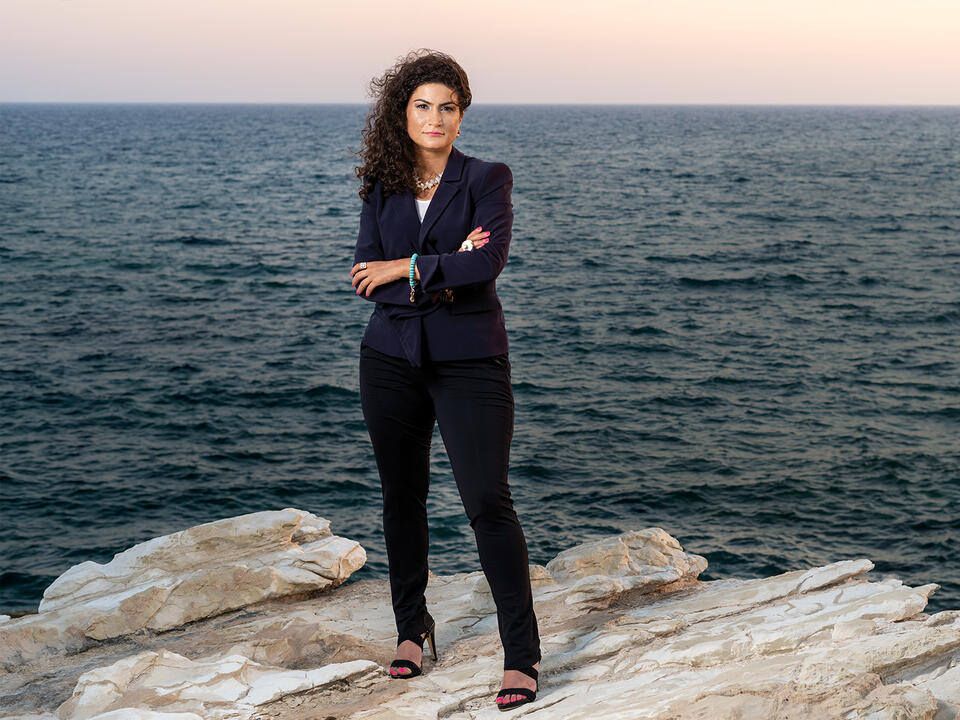 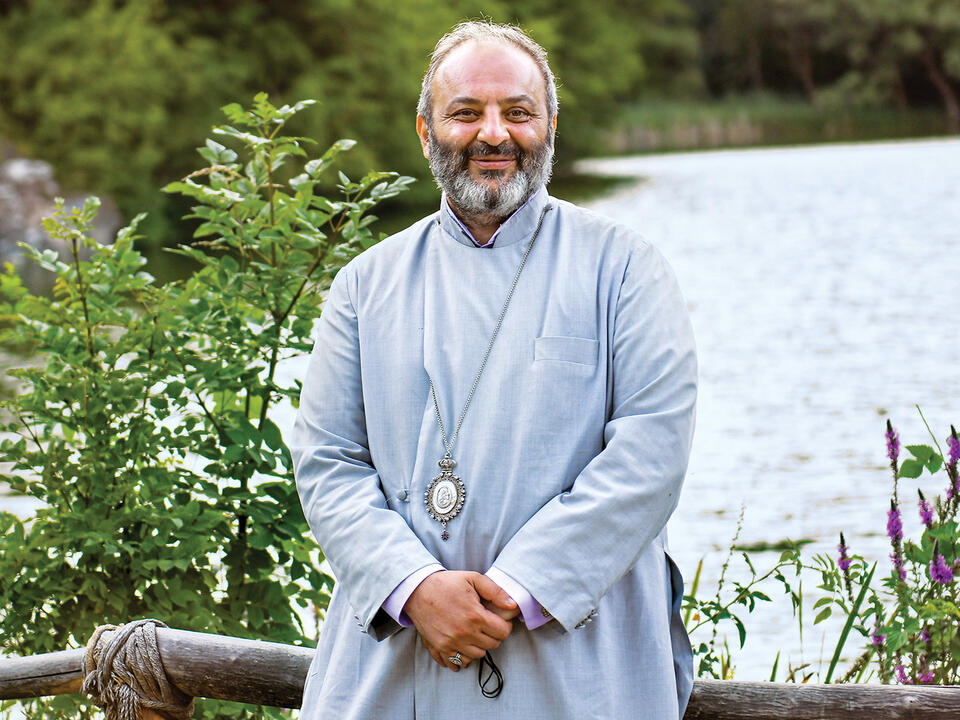 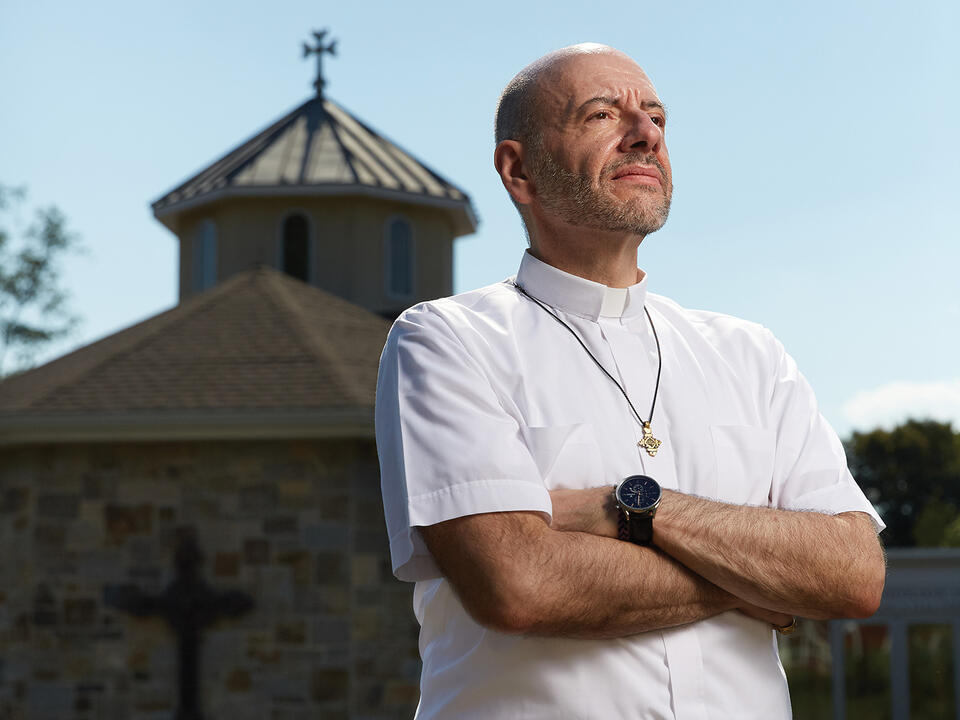 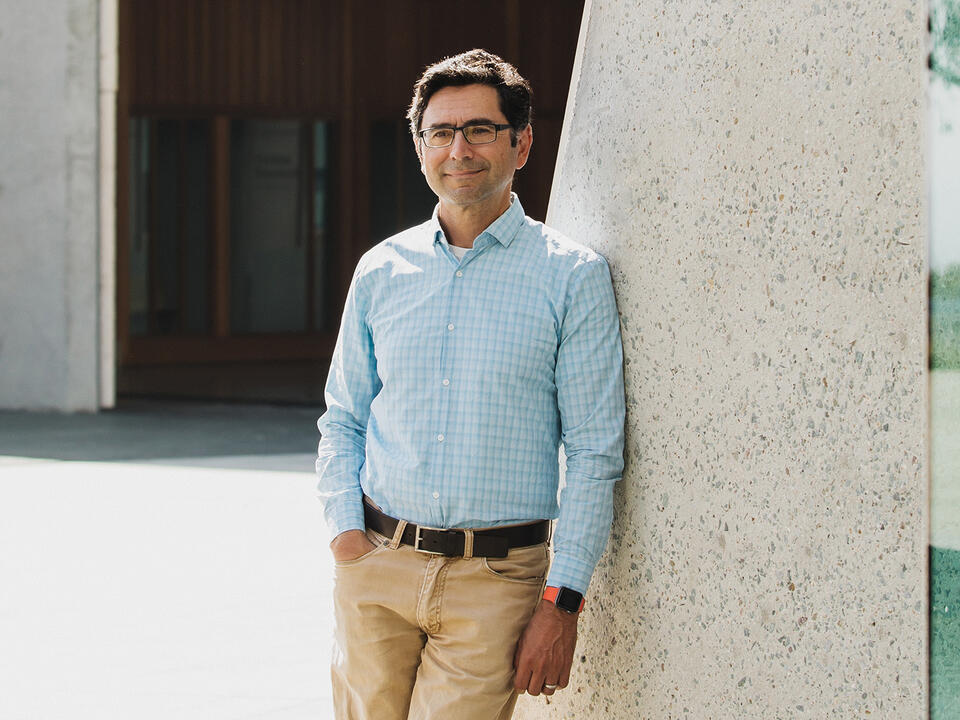 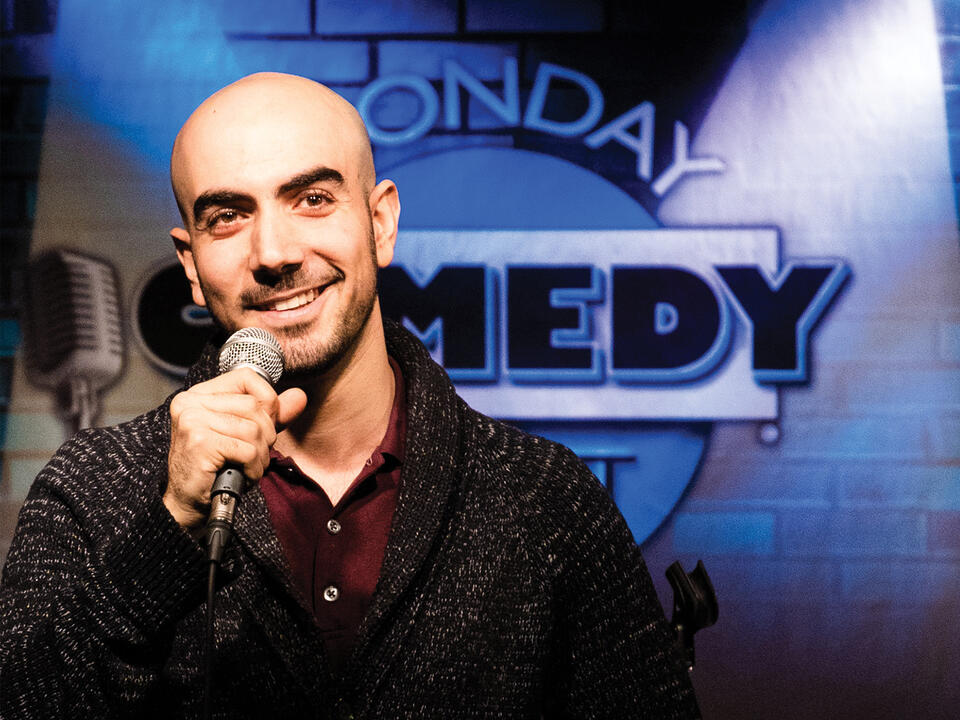 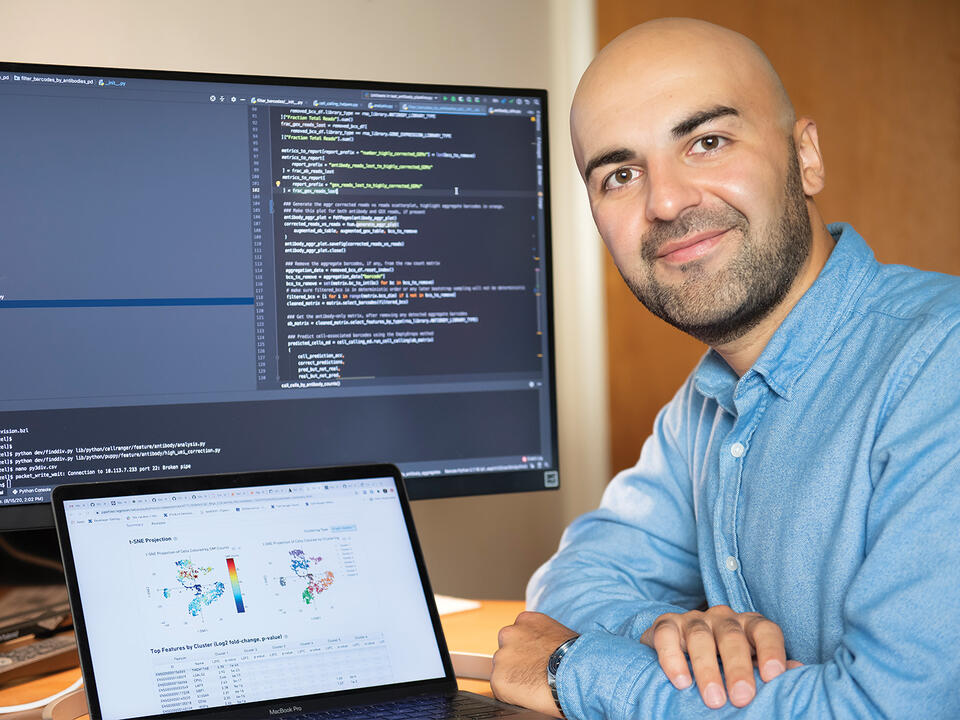 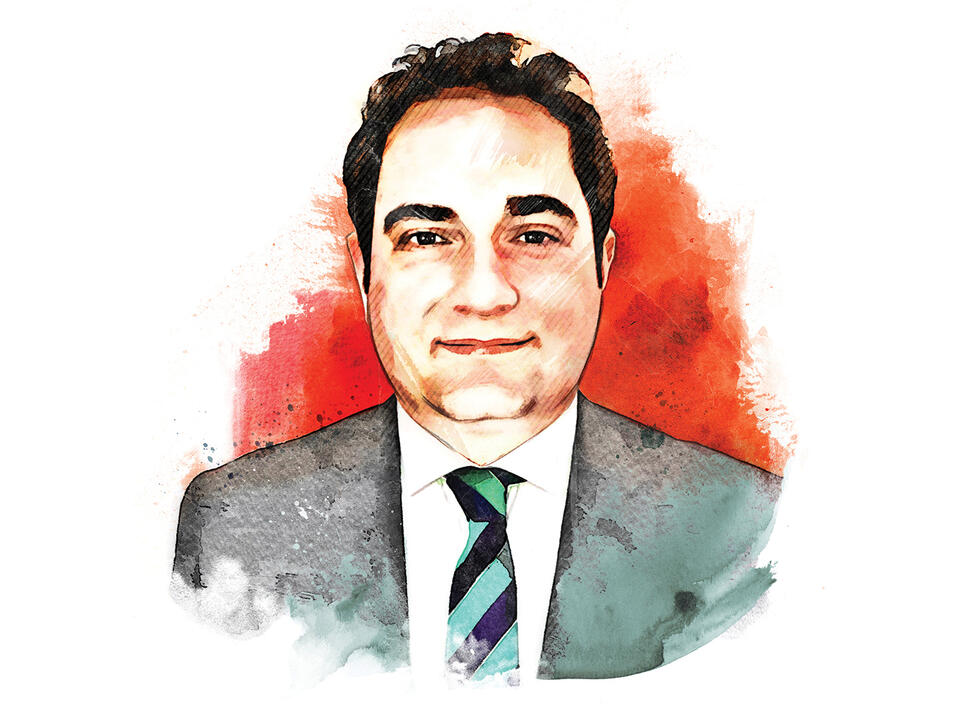 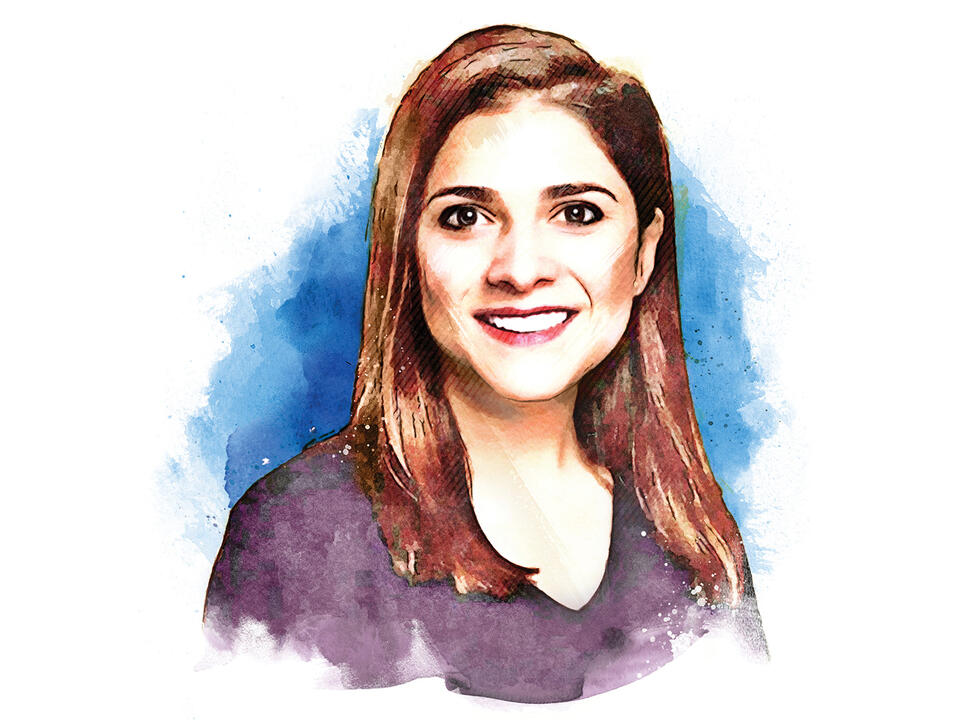 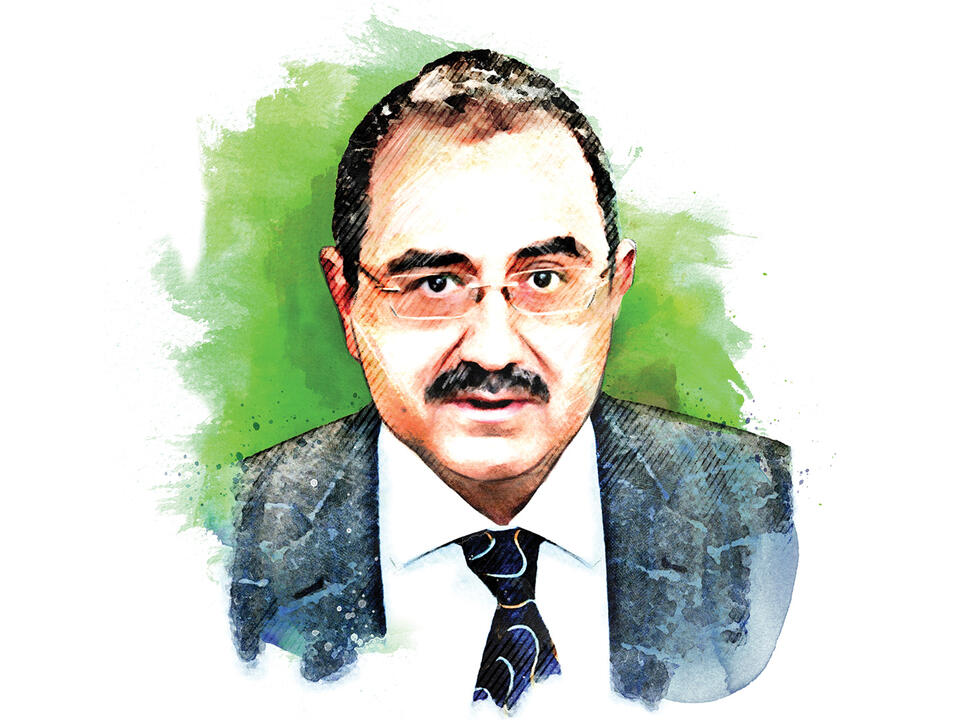