Information Technology (IT) has become a vital part of our lives. There is hardly a single field of activity not directly or indirectly connected digitally.

For many years it was believed that the fast-growing IT industry belonged mainly to men. Nevertheless, now Armenia is breaking that stereotype by its own example.

According to the Enterprise Incubator Foundation, today the share of women employed in Armenia’s IT sector is about 40 percent. This is significantly higher than in many advanced countries, including the United States, considered a leader in the field of IT.

In recent years, the IT sector in Armenia has begun to attract more women, who see the opportunity for professional growth and advancement. 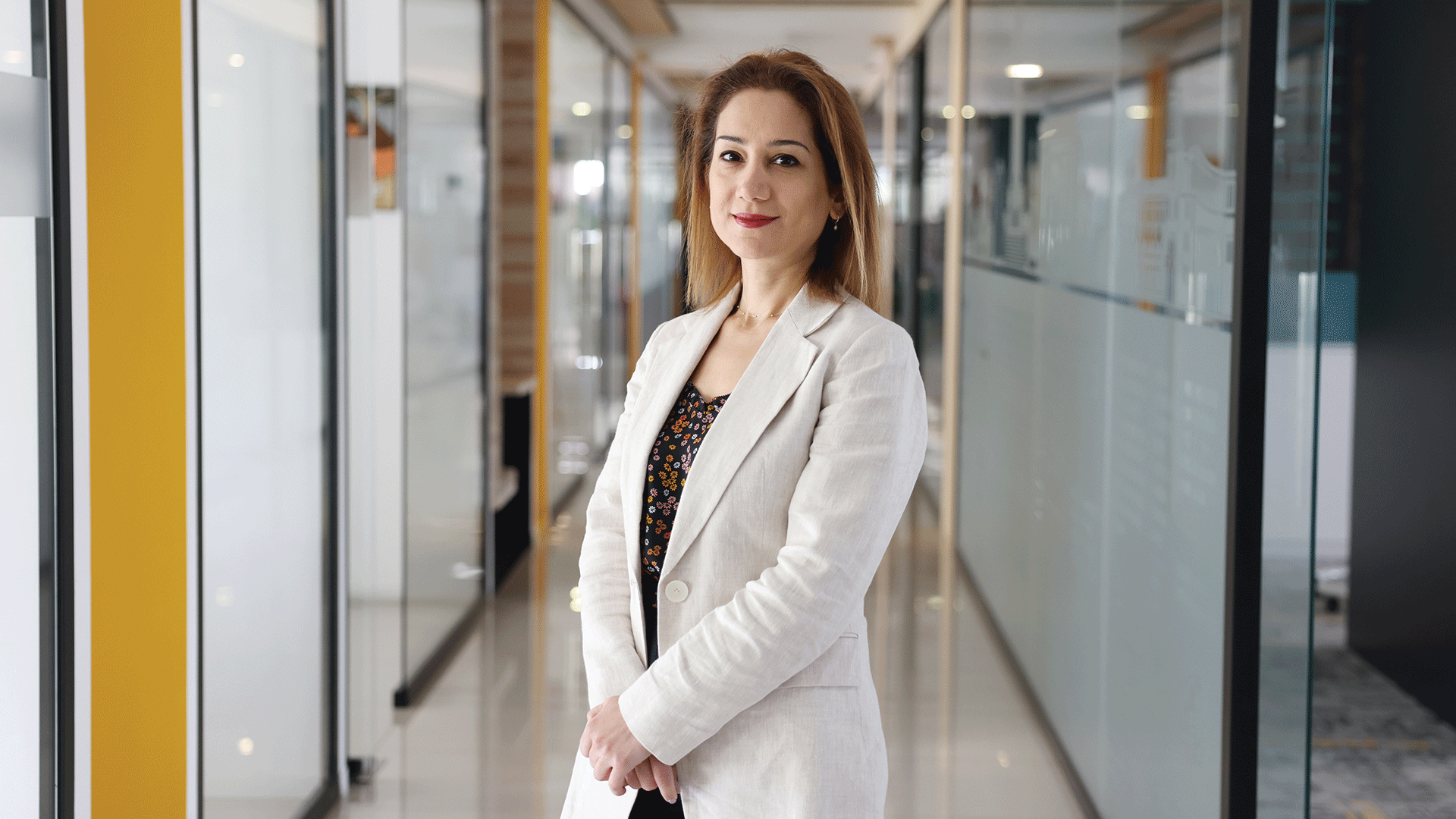 Anna Stepanyan, who started her first steps in IT as an administrative assistant in 2008, now holds the position of director in Synergy Armenia, one of the largest IT companies in the country. “I have always loved my job. From the very beginning I saw great opportunities and big potential in the knowledge-based IT sector. And with every day I felt more and more confident that I want to create a professional future in this environment,” says Anna.

Today, 56% of Synergy International Systems’ employees are women. Moreover, 49.95% of tech roles and 33% of leadership roles are occupied by women.

“I don’t know who created the stereotype that the IT sector mainly belongs to men, but Synergy is a shining example that women’s involvement is a strategic issue. The involvement of women in the IT sector is also strategic for Armenia, as we already have a problem with resources. In Armenia, women and men can have the same success. Moreover, in many cases women also have an advantage, because they are more focused on details, they are more patient and punctual. It is very effective for the IT industry to have people of such qualities,” says Ashot Hovanesian, Synergy International Systems’ founder and CEO. 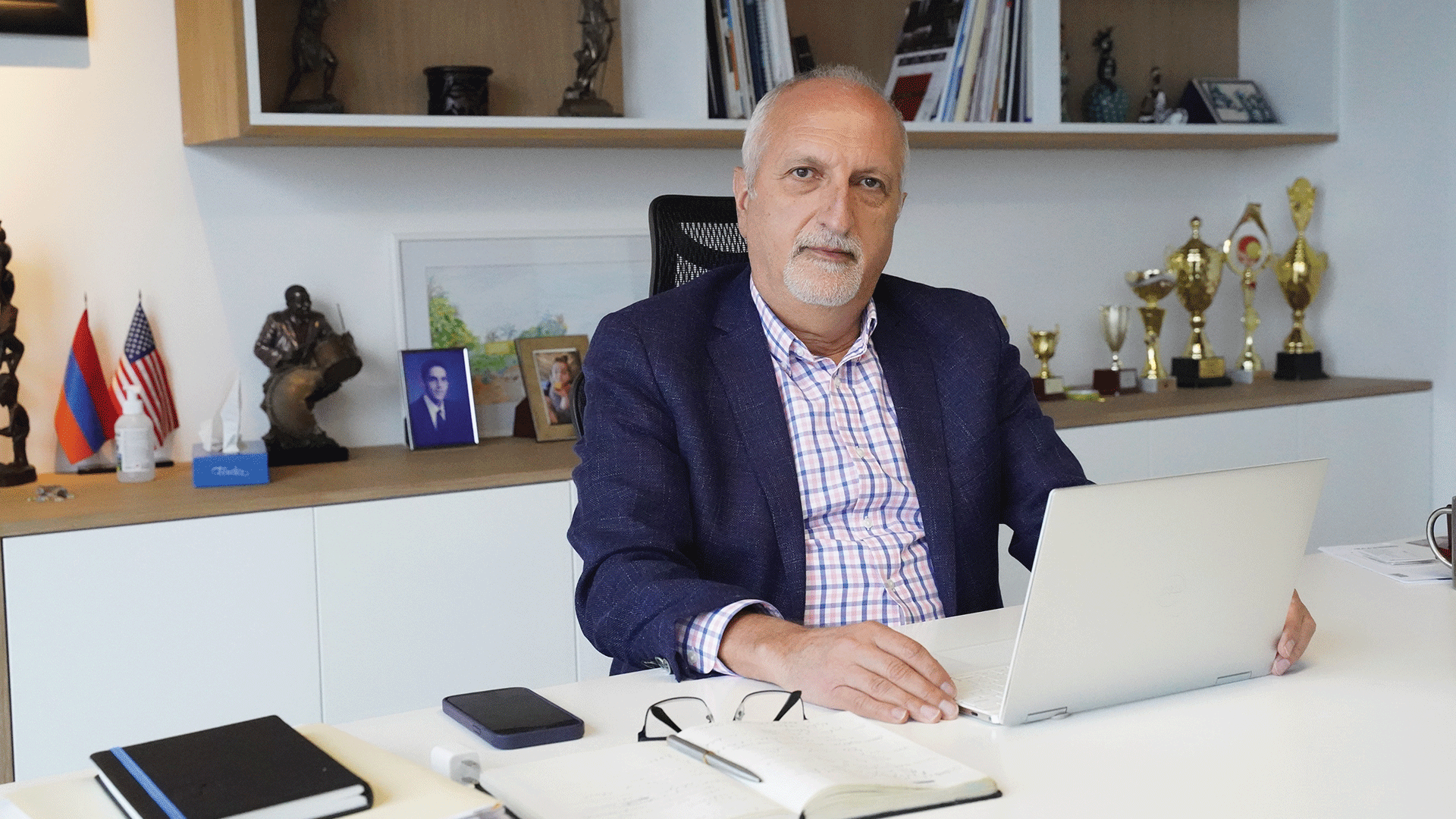 Narek Safaryan, CEO and founder of Renderforest, an automated all-in-one platform for building videos, notes that he founded the company in 2013 with two other men, but today 60% of the employees are women. “This male-female ratio came out in a natural way as we could find more female employees meeting our standards. As employer, professional qualities are a priority for me”, says Safaryan. He thinks that in recent years women are largely engaged in the IT sphere of Armenia because they are more motivated to gain new knowledge, to move forward, and reach success than men.

Mariam Grigoryan, a lead project/product manager of Renderforest, had been working in the field of tourism and event management before coming to IT. “In the beginning there was a fear that I might not succeed in IT. My family didn’t believe in me. They tried to hold me back from that decision, saying that it is a man’s world and I have nothing to do there. However, I decided to try and I have never regretted it,” says Grigoryan. She believes that one should not be afraid of stereotypes and should not hold oneself back from fulfilling a dream. “If you are afraid, you will never know whether it will work or not,” she adds.

In Armenia, women and men can have the same success. Moreover, in many cases women also have an advantage, because they are more focused on details, they are more patient and punctual. It is very effective for the IT industry to have people of such qualities. 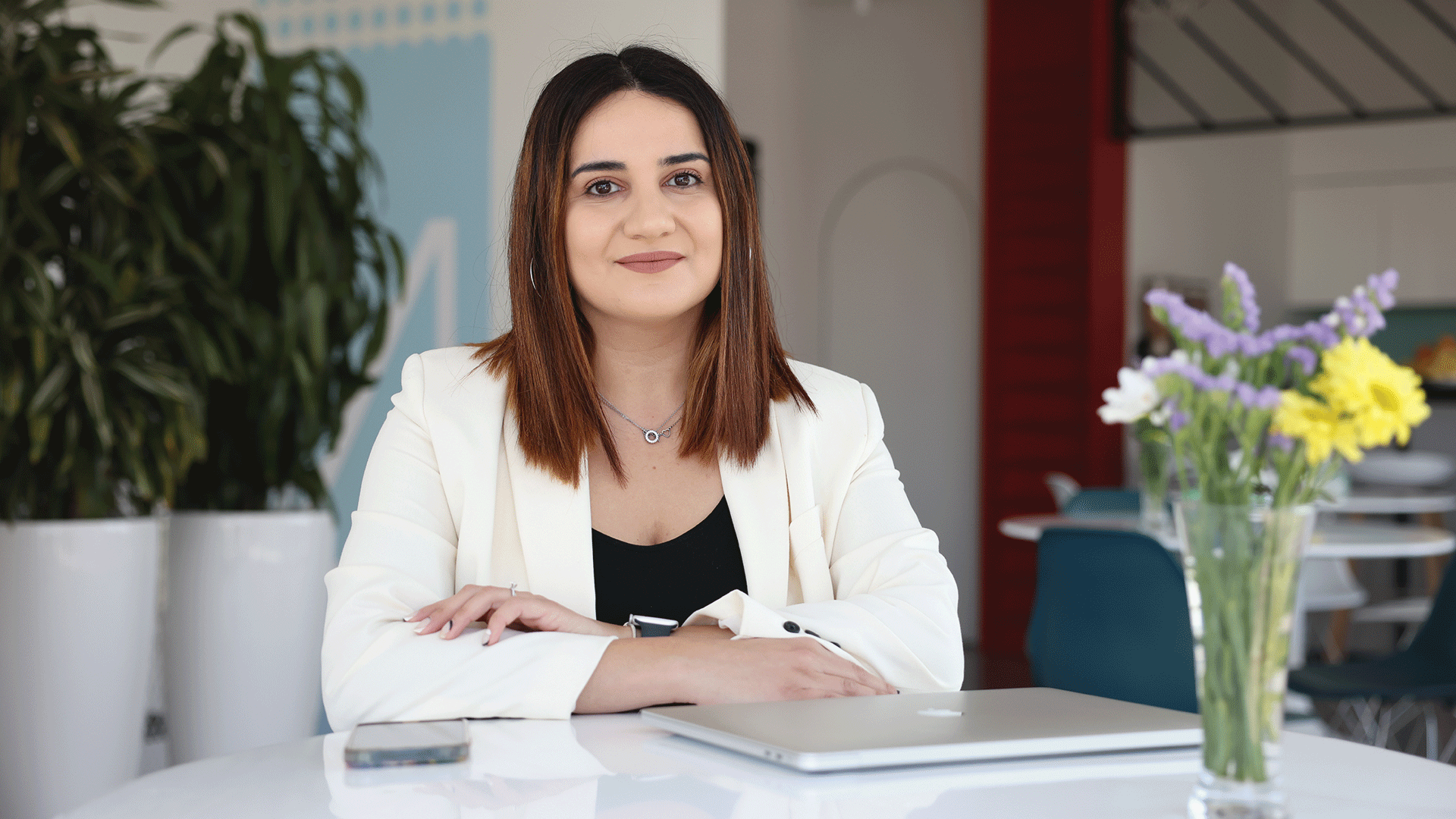 Resal Soft, a business automation company based in the Gyumri Technology Center, has begun to hire more women in recent years. Today, about 30% of company employees are women. Varsik Manukyan is one of the recently hired employees of Resal Soft. She works as a financial assistant to the director of the company. “After working in the financial sector for about ten years, I decided to learn something new. Upon completing programing courses, I applied to IT companies for a job. Finally, I received an offer from Resal. I really enjoy my work, because the two spheres—finances and programming—are interconnected here. I feel very comfortable,” says Manukyan, noting that no matter a woman or a man, you must have aspirations and goals and you should do everything to achieve them.

Artak Gevorgyan, the founding director of Resal, lists several reasons behind the growth of women’s involvement in IT. “Diligence and the ability to quickly adapt are more noticeable among women than men. Moreover, women are more proactive and purposeful,” says Gevorgyan, who is confident that the number of women working in IT will increase along with the development of the sector.

Government programs provide additional stimulus to increase the number of women in Armenia’s IT sector.

In 2002, within the framework of the World Bank’s “Enterprise Incubator” project, the Enterprise Incubator Foundation (EIF) was established in Armenia, becoming one of the largest technology business incubators and IT/High-Tech development agencies in the region. Since the day of its foundation, EIF has been actively engaged in the development of IT in Armenia.

Bagrat Yengibaryan, director of EIF, recalls that years ago when they were doing some research in the field, it became clear that there are certain directions, particularly program management, test-ing, etc., where women have a competitive advantage over men. “Women have a serious advantage in terms of multitasking, they are more persistent and determined. Taking into consideration these qualities, EIF began to implement targeted programs for IT education for women and employment in this field. We can be proud to say that today we have about 37-40% women’s involvement in IT. This is a really good percentage compared to other countries where women’s involvement is about 20-25%. In this respect, Armenia is in a leading position,” says Yengibaryan. 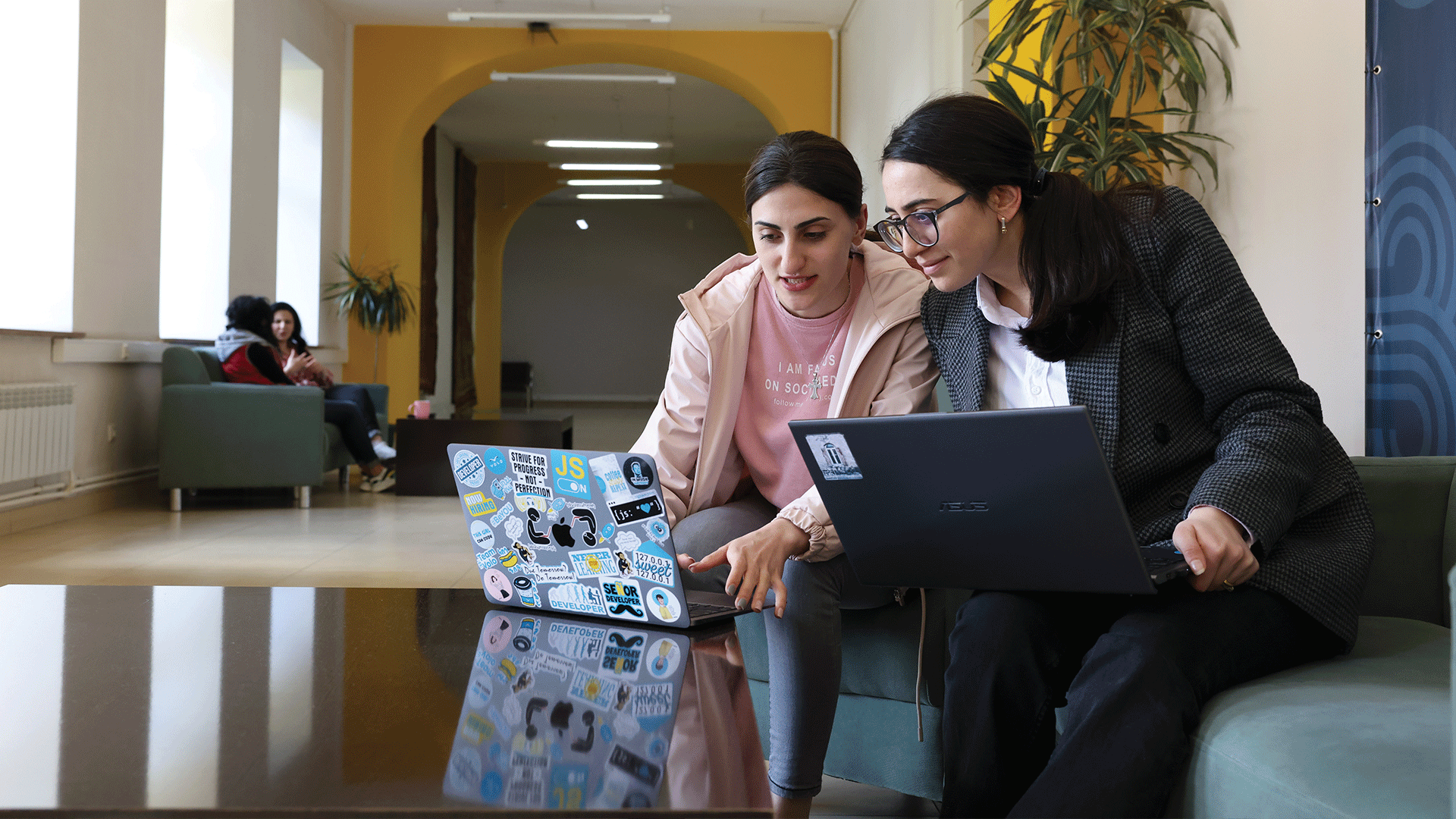 EIF, in cooperation with the government of Armenia and the World Bank, established technology centers in Gyumri in 2014 and in Vanadzor in 2016. The centers were an important step to involve the residents of the regions, and in particular women, in IT. “In the past, many women, especially in the regions of Armenia, viewed programming as a men’s activity field, so they didn’t even try their abilities here. But now the picture has changed. One of the important factors here was the fact that women with success stories shared them and inspired many others,” says Yengibaryan, adding that high salaries make this field more attractive.

Viktorya Aydinyan, the advisor to the Minister of Labor and Social Affairs of Armenia, says the new generation is thinking freely and doesn’t obey the stereotypes. “Today if you visit STEM faculties, you will see that the share of women is higher. I think the key issue at the moment is to support young women to combine work with family and child care.

The key task of our Ministry is to eliminate environmental problems that prevent women from taking their place in the labor market,” says Aydinyan. The Ministry is launching a new program jointly with the Ministry of Economy and the UN Development Program. The program is called National Platform for Women’s Economic Empowerment. “We will outline a number of areas, including IT, where we will support the development of female capabilities, and then help them find a job,” says Aydinyan. 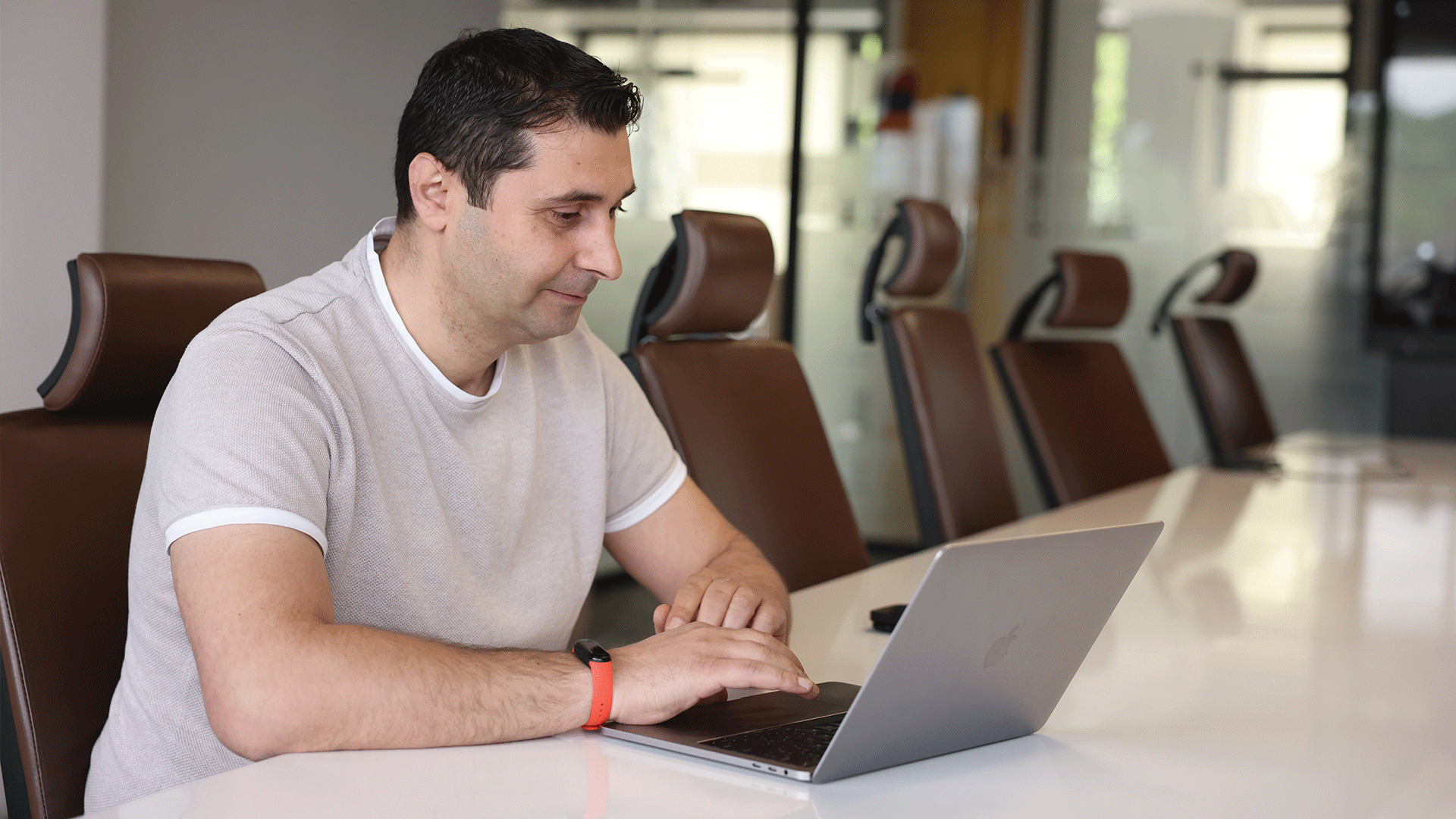 The AGBU WomenCoders program, launched in November 2020, has become a unique opportunity for many women to grow in personal skills and achieve new professional levels. Seventy percent of the women participating in the first phase of the program now are successfully working in IT companies.

AGBU Armenia President Vasken Yacoubian explains that the WomenCoders program is part of a larger nation-building strategy called AGBU EmpowerHer, which has received wide participation from women from both rural and urban Armenia, who are seeking to gain financial independence through career-oriented jobs. “The goal is to integrate Armenia’s women, who represent over half of Armenia’s population, into the socio-economic fabric of Armenia and IT is one of the key frontiers for change,” says Yacoubian.

The success of WomenCoders promp-ted the launch of the second cohort in November 2021. Seventy-five participants are taught NodeJS, PHP, quality assurance, product management, UA/UX design courses that last three to seven months. The program also offers online courses in workplace fundamentals that teach email writing, presentation skills, financial literacy, critical thinking, business ethics, and many more. Specialists from Armenian IT companies as well as from the Armenian Diaspora are involved in the courses.

Today 1,120 participants have applied to participate in the third phase of AGBU WomenCoders program.

Product Director of Synergy Inter-national Systems Grigori Aghayants, who was teaching product management, says that working with AGBU was a unique experience. “I saw a very serious approach working with AGBU. It is gratifying that a significant number of participants in the courses have already been hired by IT companies. They share their success stories, motivating other women to move forward and not be afraid to step into the world of IT,” says Aghayants.

The portrayal of heroic women in Armenian myths, legends, and fables
END_OF_DOCUMENT_TOKEN_TO_BE_REPLACED

Unlikely global icons and celebrities who have visited Armenia
END_OF_DOCUMENT_TOKEN_TO_BE_REPLACED