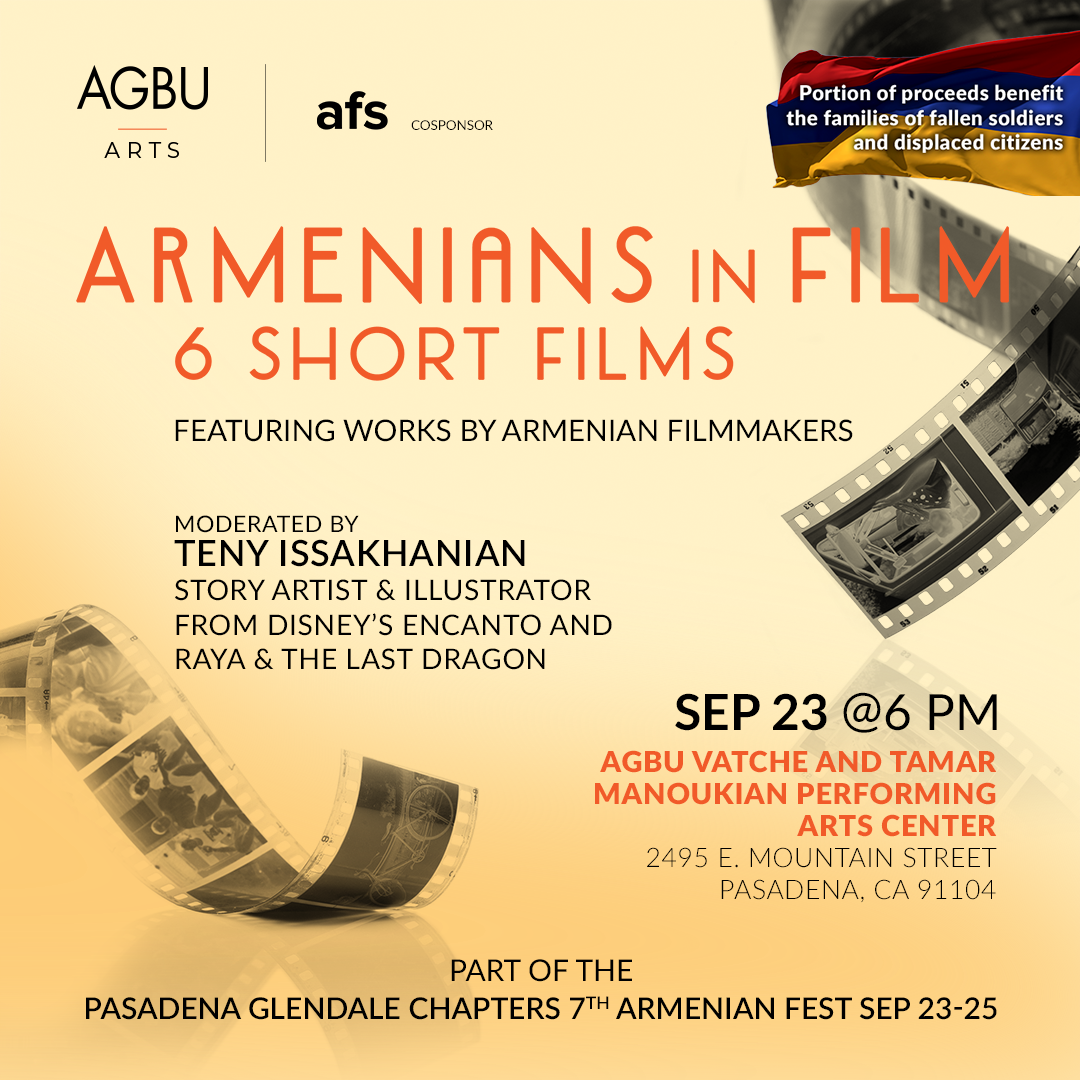 Azat, an Armenian immigrant selling counterfeit bags on the streets of Los Angeles, strikes a bond with Lana, a woman from his night school, and sets out to buy her an authentic designer bag, only to face the pitfalls of the American Dream.

While floating around she reveals what her soul is thinking, feeling and wishing.

Kef Time, a once popular genre of Armenian American folk music, had captivated the souls of its community from the 1970s to the 1990s. Every year, thousands of Armenian Americans gathered in Fresno, California, to celebrate the Kef Time concert that brought them joy and lifted them from traumas of the 1910s Armenian genocide. Now, new generations of Armenian Americans went on to embrace popular American culture, as the family of the Kef musicians struggled to keep this old music — and its stories — alive. In this nostalgic intergenerational saga, a family, a community, and a music search for their meanings and their identities against the difficult cultural changes in 21st century America, in an attempt to carve out a memory of permanence in the middle of transient history.

April 24th, 1915: while under cover of the darkness of war the British are preparing their landings at nearby Gallipoli, mass arrests of Armenians are taking place across Constantinople. Poet Taniel Varoujan's home is broken, his poetry scattered, name checked and ticked on ordered list of intellectuals – never to be seen again.

Thirteen years after the Armenian city of Leninakan was destroyed in an earthquake, Loussiné, a 13 year old orphan lives with her grandfather in a "domik" – a prefabricated small house. She is dumb, but a talented pianist. To prepare for an international competition, the Ministry of Culture lends her a beautiful piano. But when the instrument is delivered, it’s clear that the trailer where they live is too small to hold a piano…

Portion of proceeds benefit the families of fallen soldiers and displaced citizens.