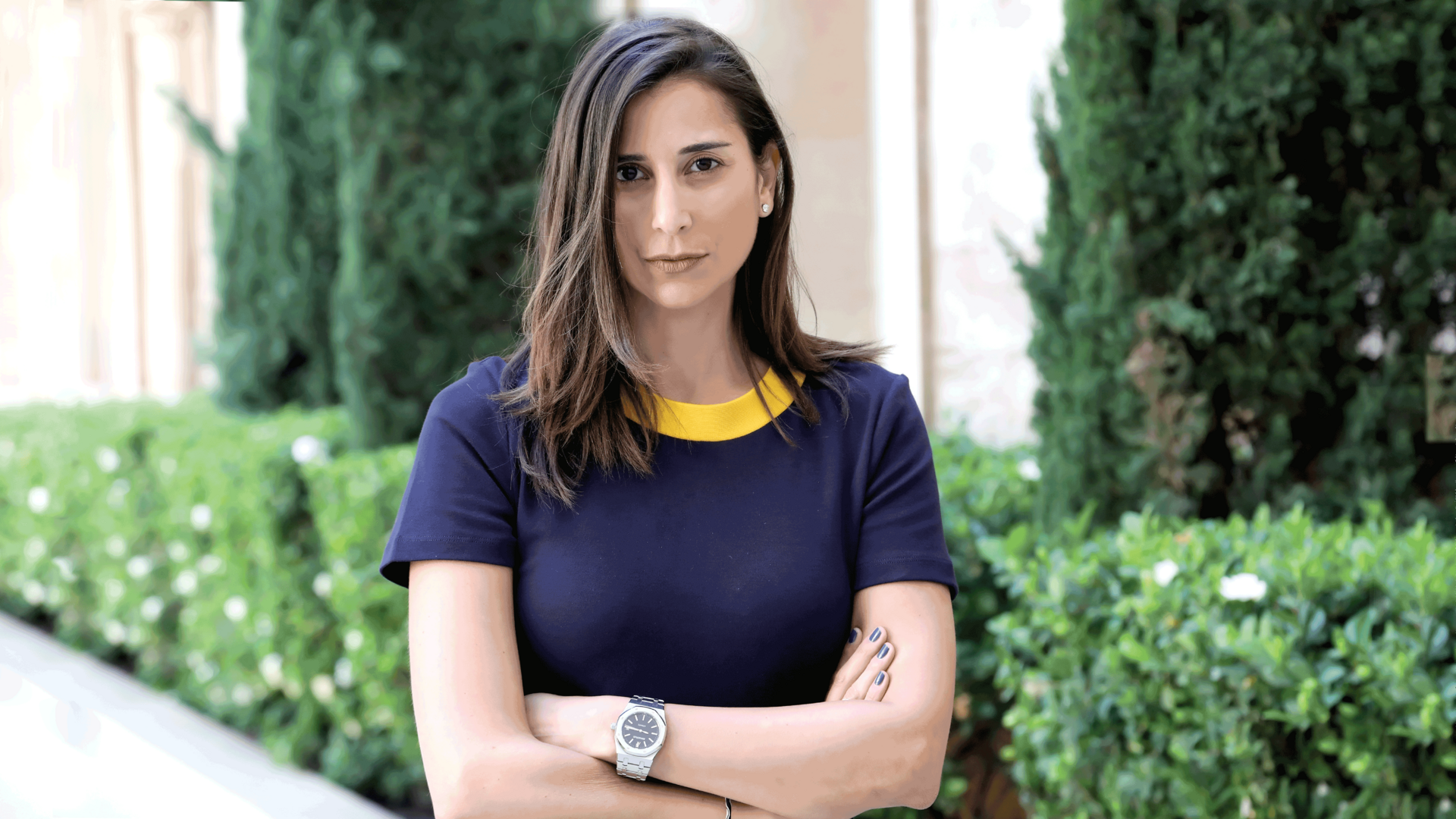 How Karma Ekmekji navigates the intricacies of international politics and diplomacy


When Karma Ekmekji feels overwhelmed by the injustice she sees in the world today, all it takes is an inspirational quote by famed French writer Antoine de Saint-Exupéry to help her regain her strength and sense of purpose: “We cannot be responsible and hopeless at the same time.” As the head of the International Affairs and Relations Unit at the Office of the President of the Council of Ministers of Lebanon, Ekmekji has chosen to take on this great responsibility to help ward off the potential for hopelessness in war-weary Lebanon of today and stir hope in the Lebanese citizens of tomorrow.

Since 2009, Ekmekji has served as the international affairs and relations advisor to Saad Hariri—the prime minister of Lebanon—on all international dossiers. In addition, she has acted as the primary interface between his office and the entire diplomatic community. Drawing on experience gained at the United Nations Special Coordinator’s Office in Beirut and at the United Nation Secretariat in New York, she jumped at the opportunity to continue her career in public service by developing and running the bustling international affairs unit.

Ekmekji’s interest in a political career came about during her undergraduate years at the American University of Beirut (AUB), where she now teaches a new generation of up-and-coming diplomats and politicians in her role as a professor of international affairs and public policy. “It was at AUB where I had my first experience with politics—from running in student elections to learning conflict resolution skills that I still make use of today,” she says. After graduating from AUB, Ekmekji went on to earn her masters of public administration in 2006 from Columbia University’s renowned School of International and Public Affairs (SIPA). For her studies at SIPA, she received the prestigious Fulbright Scholar Award, having been identified by the United States Department of State as a student with great potential to improve intercultural relations in her future career.

In her current position, Ekmekji has gone above and beyond fulfilling this promise, driven in large part by an undying love for her country: “I always wanted to find a way to serve Lebanon as best as I could, and I consider this job the perfect way for me to do just that. I have a profound conviction that Lebanon’s strong and healthy relations with the international community are a crucial element for its security as well as for its political and economic stability. I see my work as a way to contribute to achieving this goal,” says Ekmekji.

But political and diplomatic work, she admits, also has its challenges—even beyond the inherent difficulties of navigating domestic and regional politics. While Ekmekji takes great pride in the international network that she has worked tirelessly to build, cultivate and maintain, she notes that it can take years—if not decades—to see that network grow and mature: “Diplomacy is not a line of work where there is an immediate reward or instant gratification. It is very difficult to see day-to-day progress, so there is a tremendous need for self-motivation. The fruits of our labor today may only be reaped by our children or grandchildren.” In most sectors, the key performance indicators are very direct. An entrepreneur, for instance, can go home each night, open up a spreadsheet to see whether he or she has made or lost money that day, and then adjust his or her activities accordingly for the coming days. It is not like that in diplomacy.

Despite this reality, Ekmekji has not been deterred. Recognized for her leadership by the British government’s International Leaders Programme in 2016 and named one of the 99 top foreign policy leaders under 33 by the Diplomatic Courier in 2012, Ekmekji has never let the frustrations of international politics get her down. Instead, she has overcome them, guided by the strong work ethic of her parents and grandparents, who, in her eyes, have been paragons of perseverance and resilience in the face of hardship. “My parents and grandparents are self-made people. Like so many other Armenians, they worked very hard to flee genocide and war to be able to build their careers here in Lebanon. They have always remained determined and these traits were definitely sown and nurtured in me while I was growing up.”

Diplomacy is not a line of work where there is an immediate reward or instant gratification. It is very difficult to see day-to-day progress, so there is a tremendous need for self-motivation. The fruits of our labor today may only be reaped by our children or grandchildren.

AGBU also played a major role in helping to instill these essential values in Ekmekji from an early age—values that she continues to draw on both in her professional life and in her personal life, as a mother to two young boys, Raï and Yann. “I learned about AGBU very early on in my life. My family and I were very involved in the organization in both Beirut and Paris. Being an AGBU scout and a member of the AGBU Antranik girls’ basketball team as a child and teenager taught me principles like teamwork, patience and discipline that have all served me well in my career today,” says Ekmekji.

Throughout her career, however, she has noticed the gender imbalance in her field and the scarcity of female role models around her. As a way to improve and equalize this gender ratio, Ekmekji has taken it upon herself to do her part by empowering women to be more engaged in foreign policy and international affairs. Harnessing the power of Instagram to reach a younger audience of burgeoning diplomats, Ekmekji recently launched Diplowomen, an initiative that highlights the accomplishments and day-to-day responsibilities of women politicians and diplomats from around the world.

When talking to young men and women who aspire to enter the fields of diplomacy and public service, Ekmekji has the same words of advice for them both: “Diplomacy is a very demanding career that requires a lot of passion and humility. You must work quietly and discreetly for the collective good—not for self-recognition. If you are seeking fame and glory, you would best look elsewhere. Time alone will be the greatest judge of a diplomat’s work.”

General surgeon Dr. Federico Keten is at the forefront of emerging medical technologies to reduce the burden of cancer in Argentina
END_OF_DOCUMENT_TOKEN_TO_BE_REPLACED