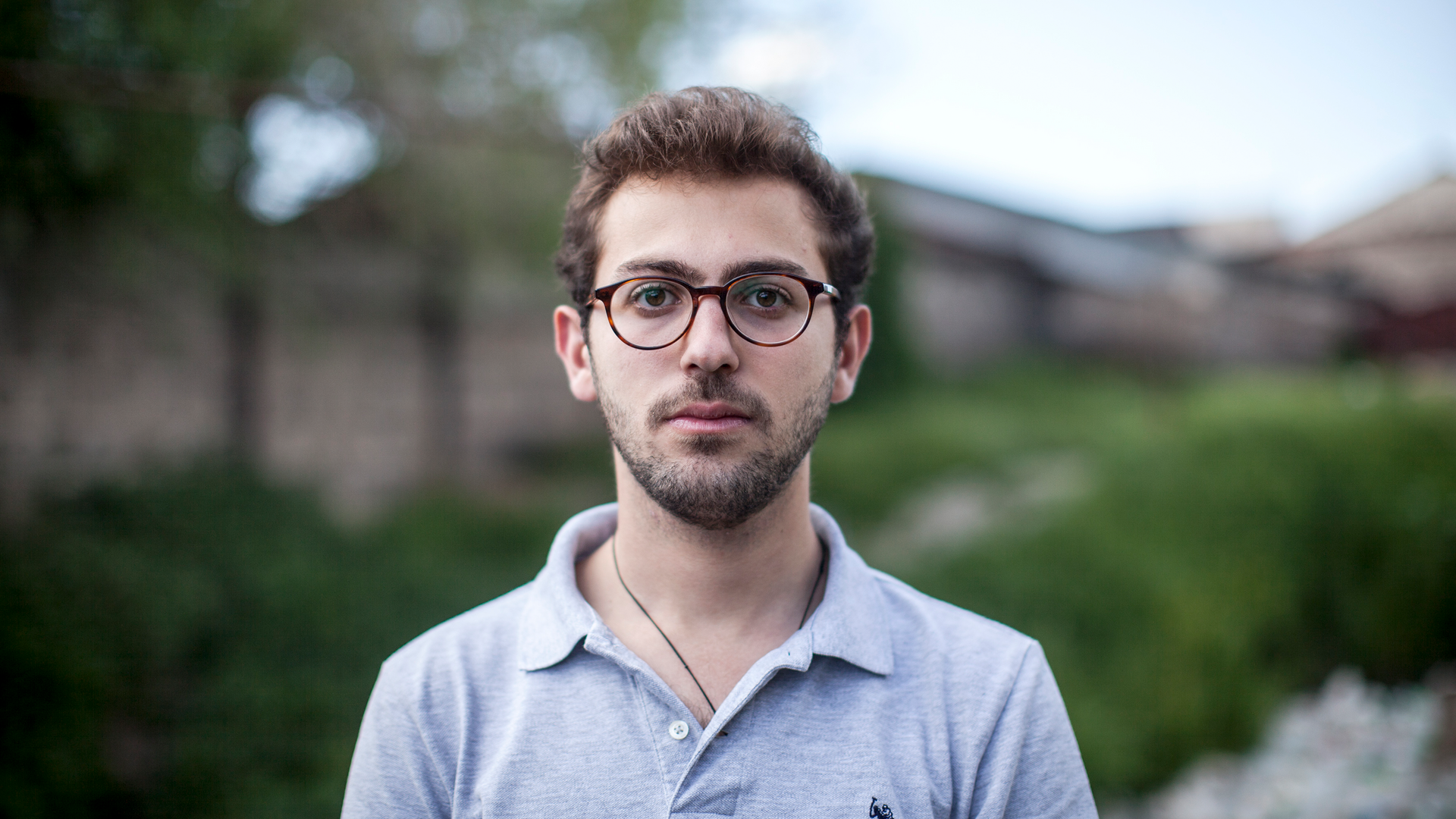 
Twenty-year-old Leon Yacoubian dreams of reviving Armenian cities and villages by giving a voice to local communities in housing design that will embody their core values, preferences and needs.

“I see a city as a thriving and lively entity,” Yacoubian said, reflecting on his vision of urban development echoed in the Tuff Armenia project. A senior at the University of Virginia, Yacoubian is majoring in civil engineering and heads Engineers Going Global, a student organization focusing on sustainable engineering methods. Three years ago, Yacoubian launched Tuff Armenia to design housing for the people of Gyumri displaced by the devastating earthquake in 1988. Almost thirty years later, around 2,000 families continue to live in domiks—makeshift homes.

His choice of city was not accidental: Yacoubian relates to the suffering of Gyumri’s people. As the war in his native Syria escalated, he had to flee and settle in Armenia. With deep gratitude to his homeland, Yacoubian wanted to help Armenia in a meaningful way by making a lasting impact.

For the second year in a row Tuff Armenia’s interdisciplinary team, comprised of students from the University of Virginia, is visiting Gyumri to work on the ground and collect data. Aspiring to find technological solutions for tackling seismic hazard, the Tuff Armenia team sent three types of tuff—a popular building and masonry material in the region that became a distinguishing feature of Armenian architecture—for testing. When the strongest type of tuff is identified, they will look for methods of making the stone more earthquake resistant and energy efficient. “This project is not revolutionary. There are NGOs that have tried to help Gyumri. But they don’t engage the community in the design process.” Yacoubian said. “In contrast, the Tuff Armenia team works more closely with the people living in makeshift homes.”

Community-based co-design, an approach that engineers use to better understand and illustrate values of a group of people in housing design, and to ensure a community’s sustainable development, is at the core of the project.

AGBU Armenia was a go-to organization for Yacoubian whose family has strong ties with AGBU. He was a member of AGBU scouting groups in Syria and Armenia and took part in the Discover Armenia program. Yacoubian said AGBU Armenia has been instrumental in providing guidance and connecting the Tuff Armenia team to local partners—Shirak Center and Gyumri Project Hope.  “We will donate the housing design to the community. We hope partners will step in to take over the project and kick off construction in 2018.”

The project’s uniqueness was recognized with two awards from the university. The team received the 2017 Jefferson Public Citizen Award amounting to $20,000 and the Center for Global Health University Scholar Award of $10,000.

Leidy Klotz, an associate professor of architecture and civil and environmental engineering at the University of Virginia, will also transform Tuff Armenia into a course during the 2017-18 academic year.

For Haig Apovian, AGBU Brazil is a global platform
END_OF_DOCUMENT_TOKEN_TO_BE_REPLACED