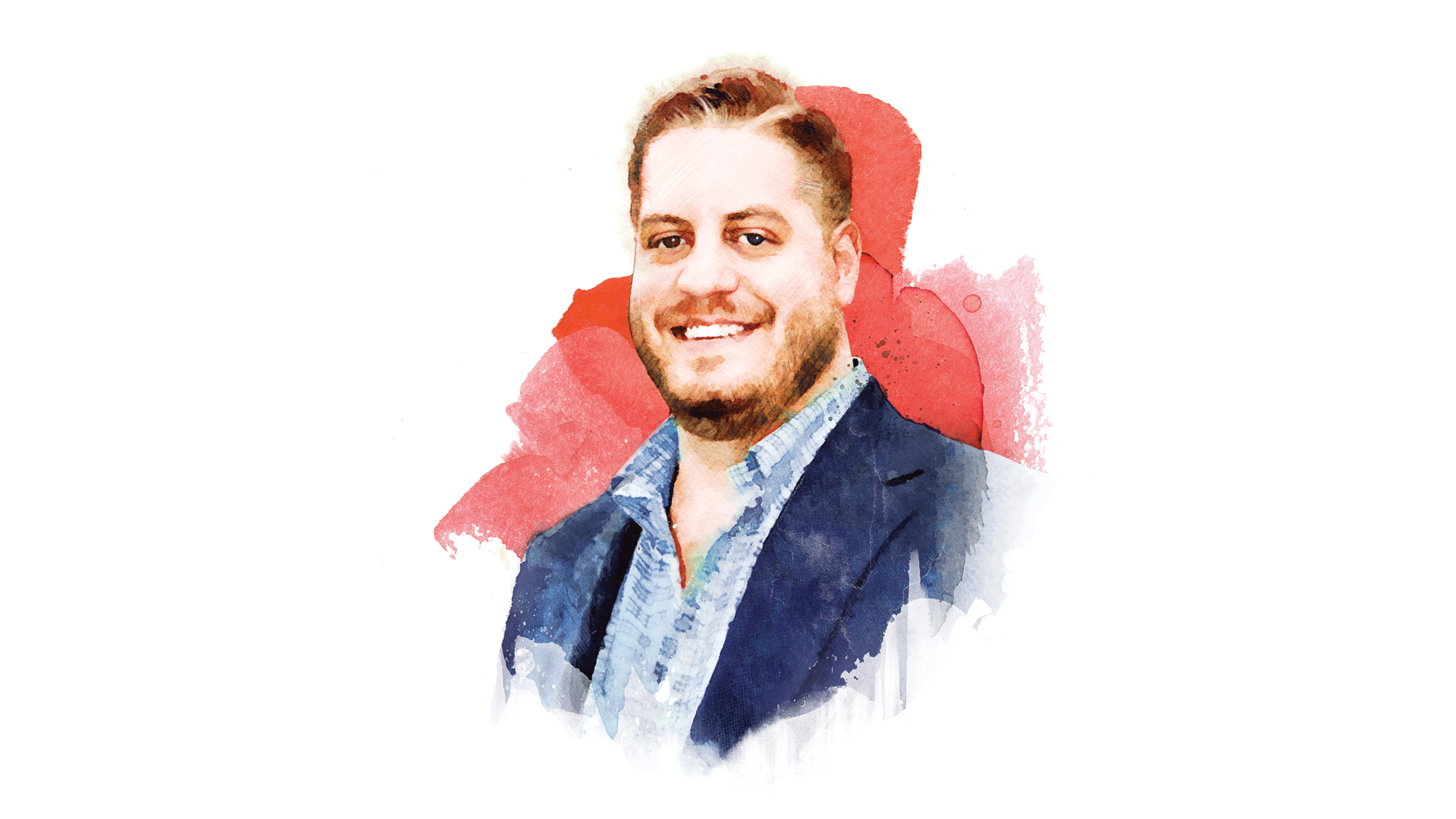 Learning from the older generation, Will Nazarian sets an example for the next one


Born into a family of Armenian philanthropists, William Nazarian’s early exposure to AGBU set the stage for the leading role he now plays in one of the largest AGBU communities in America. With summers at Camp Nubar and two summer internships in two cities, he currently serves as chair of the Young Professionals of Greater New York. Despite his busy professional life as VP of a commercial property management company—as well as his lifelong passion for football—William is giving back to the community that shaped his values, informed his worldview and inspires him to pay it forward through the power of networking.

There are many ways you can volunteer and give back—time, money, expertise, resources. I enjoy putting in the time, using my experience in motivating people to contribute in whatever way they feel comfortable.

How has AGBU influenced your life? It was the only Armenian organization that was talked about in the family. My grandparents Artemis and Nazar, my mom Seta, along with aunts and uncles, were all very involved in the YPs and the AGBU Central Board. In fact, my grandfather served as treasurer of the board for over 30 years. Although I am half-Armenian, AGBU had a big influence on my identity and my connection with the Armenian community. For example, Camp Nubar was one of the best experiences of my life. Some of my closest friends today were fellow campers.  Some were also counselors who pushed me in certain directions within the Armenian community and in life in general.  It’s an amazing place I cherish. I love to visit and to see it brimming with activity by current campers from families, old and new. It’s all about connections and continuity.

Tell us about your experience as an AGBU Intern? The AGBU Summer Internship Program (NYSIP) is one of the best programs that AGBU offers. Actually, I’ve done two; one in New York and the other in Moscow. One program brings young people from all over the world to live in the melting pot that is New York. The Moscow experience was also great from a work perspective. Both experiences helped me narrow down what field to pursue.

But I also approached it as a way of connecting with other Armenians, who are so similar and yet so different. That made the YPs the logical next step for me. Becoming its chair at only 30 years old is an opportunity to really grow the network. After starting out in construction, I consider building networks of human capacity a form of architecture, another special interest of mine.

What do you enjoy most about volunteering with AGBU? There are many ways you can volunteer and give back—time, money, expertise, resources. I enjoy putting in the time, using my experience in motivating people to contribute in whatever way they feel comfortable. One thing I’ve learned from playing high school football and coaching is that when you’re on a team, you’re not going to like every person on it, but you have to work together to meet the goal. I seem to have a knack for bringing out in people a sense of belonging and pride in how they are making a difference.

I’ve also been granted many opportunities that others have not, so I feel a duty to help better people’s lives in whatever small way I can. I would also like to set an example for others like me, who are in a position to give financially but also choose to give hours and hours of their time to rally people behind a goal that enriches the lives of those less fortunate, from Syrian Armenian refugees to the college student in Chicago who needs financial aid.

When it comes to philanthropy, I think the older generation did a pretty good job of getting everybody in the community involved and taking care of business. I’m trying to build on their successes and since I started as chair in 2015, our YP group has raised close to $200,000 for charity.

What are your future plans for the AGBU YPGNY? I’d like to increase the power of networking with more global YP gatherings, perhaps a YP Summit, every even year. Six new groups have been established over the last year and three more will be launched by the end of 2018. YP groups are coming to smaller markets and gathering more frequently and productively. Putting our heads together will be invaluable for coming up with fresh thinking.  Speaking of fresh, my other goal is engaging young people and teaching them what it means to give back. It’s a sense of fulfillment that every generation should be encouraged to experience.

Maral Tchorbadjian believes 'there's something for everyone' at AGBU Melbourne
END_OF_DOCUMENT_TOKEN_TO_BE_REPLACED